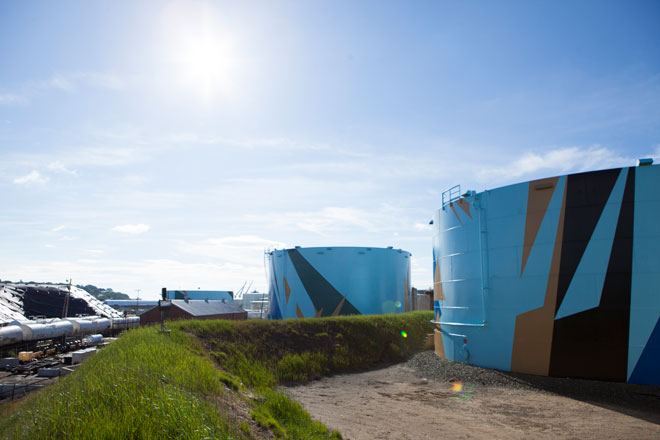 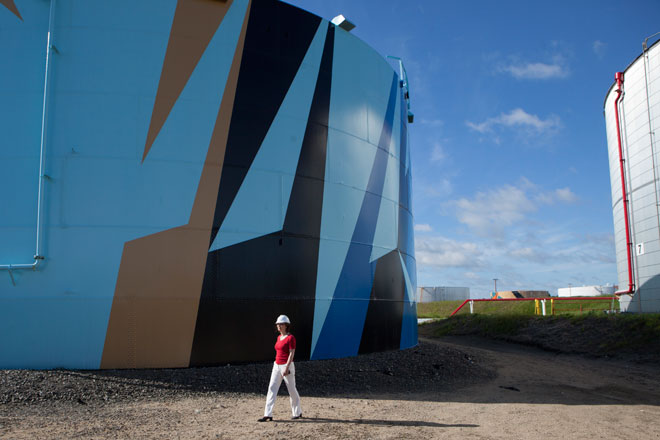 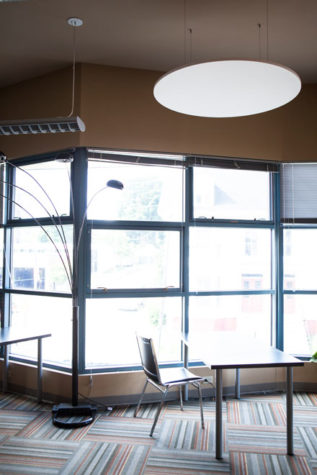 PelotonLabs, headquarters for the Maine Center for Creativity, is a co-working space that fosters collaboration and creativity. 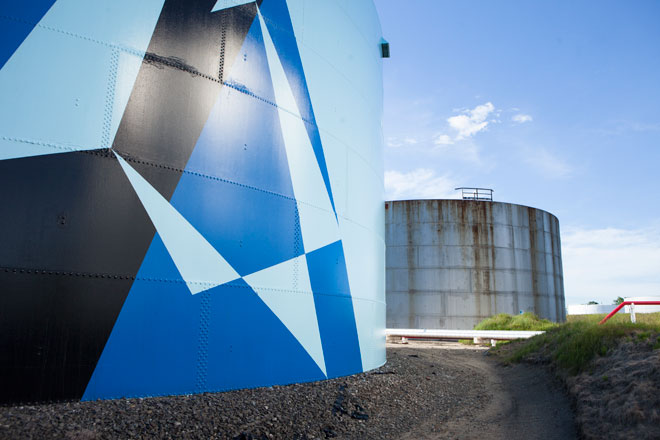 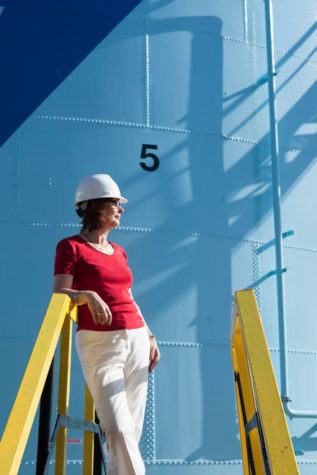 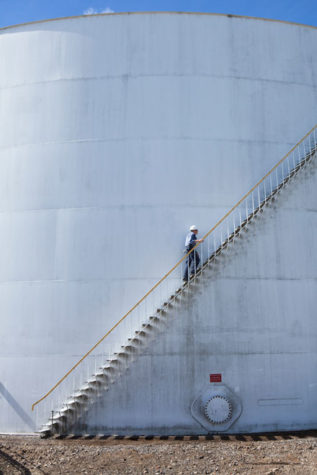 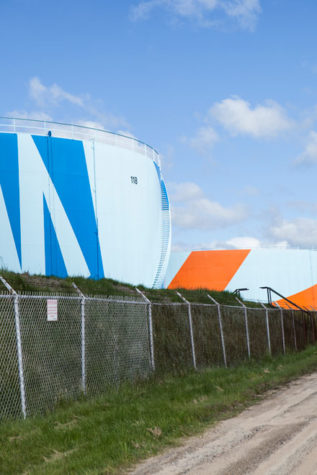 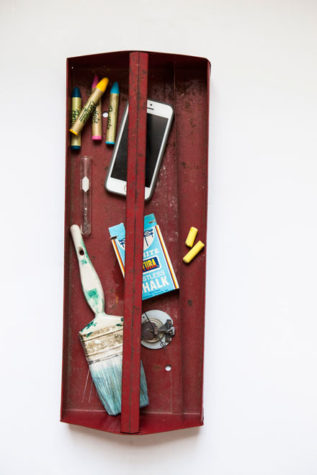 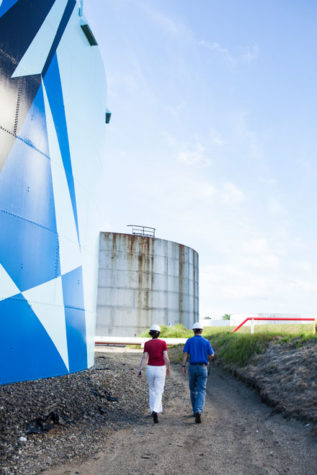 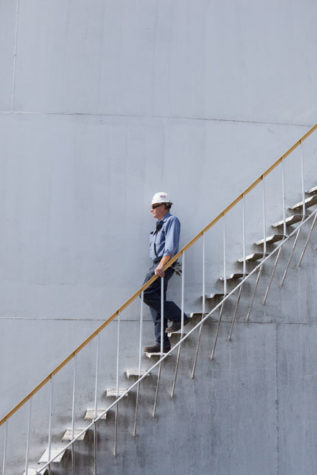 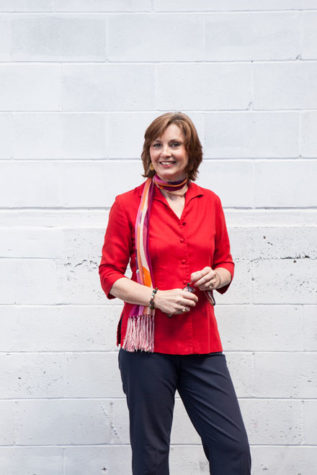 Jean Maginnis, executive director and founder of the Maine Center for Creativity 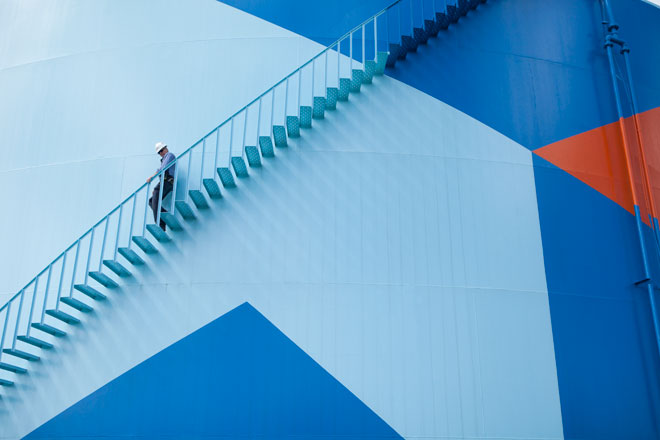 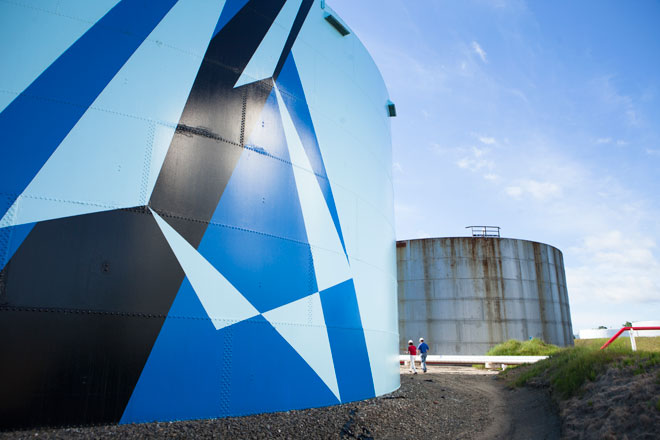 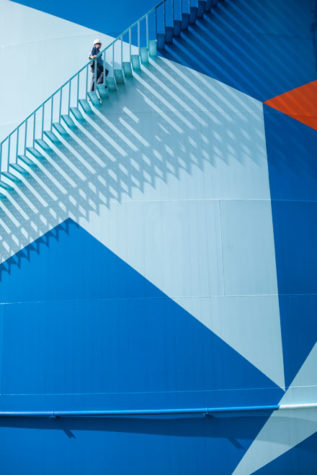 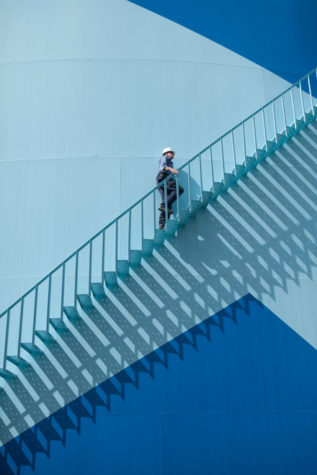 The Maine Center for Creativity

Fostering the art of the possible

There is a beautifully surreal glow on Portland’s Congress Street on this late May afternoon, the kind of bittersweet hue that comes after a thunderstorm. Hints of color emerging from forsythia shrubs and birch trees give the city a renewed vibrancy. It is an apt backdrop for the experiment taking place on the second floor of PelotonLabs, headquarters for the Maine Center for Creativity.

Dylan Newcomb is standing in the center of a group of more than 30 people. His back is hunched and his arms are pulled in as if to protect an invisible circle in the middle of his body. He exhales a deep, guttural OOOOH. Everyone follows suit and repeats the movement several times while Newcomb asks a series of questions about their experience of this posture. Looking around, I can gauge varying levels of comfort. Some people hold their arms out tentatively, others decisively. As the exercise continues, I watch each face closely. I see light-bulb moments of realization, like visible sparks alighting the room.

The group is composed of musicians, dancers, writers, potters, and business owners, all interested in the relationship between movement and creativity. Newcomb, co-creator of a mind-body practice called UZAZU, is here to present in the last of a series of three Creative Toolbox salons cohosted by the Maine Center for Creativity and Dr. Kirsten Milliken, a psychologist and ADHD coach. Other salons in the series contemplated similar topics, like “What does play have to do with creativity?” and “What does the unexpected have to do with creativity?” These are questions designed to spark imaginative thinking and explore what happens when we dismantle our routines.

Since 2005, the Maine Center for Creativity has been establishing programs and projects intended to stimulate Maine’s creative economy and to foster what executive director and founder Jean Maginnis calls “the art of the possible.” You may not have heard of the Maine Center for Creativity, but it is likely you have seen one of their public art installations or even attended one of their many cultural events.

The Maine Center for Creativity was one of a handful of organizations that established a Portland PechaKucha Night, the “chit-chat” presentation format for creative professionals that started in Tokyo in 2003 and has since spread to more than 600 cities internationally. They also worked to recreate in Portland Candy Chang’s installation Before I Die, an interactive art project that asked passersby in hurricane-damaged neighborhoods in New Orleans to share their dreams and aspirations on a public chalkboard.

The group’s  most visible project, Art All Around, has become a hallmark of sorts. In a sense, this in-progress endeavor to turn the massive oil tanks in South Portland into giant works of art denotes the beginning of the Maine Center for Creativity. Maginnis recounts the now oft-told story:  She had been riding her bicycle alongside her husband at South Portland’s Bug Light Park, feeling especially inspired by the crisp, blue September sky. A businesswoman with a background in communications and a love for the arts, Maginnis had been mulling over the concept of a nonprofit that would nurture creativity and help to build a supportive infrastructure for creative professionals. She was deeply engrossed in reverie, or in what she refers to as a moment of “flow,” when the sight of the oil tanks suddenly jarred her line of vision. In a flash perhaps inspired by the previous evening’s art opening, she imagined splashes of color on the tanks and considered the impact of a project like Art All Around. Poet Henry Wadsworth Longfellow wrote, “Art is a revelation of man.” Maginnis was inspired by how public art could be the revelation of a community.

“It was one of those aha moments, where seeing color and design on the white tanks became an answer to the question of how to cut through the clutter and compete in the global economy,” says Maginnis. “Many of us who live here know that there are plenty of creative, wonderful things going on in Maine, but I didn’t think we were telling the world that story enough. I thought if we could put paint on these tanks, it would be a grand way to announce this.”

Maginnis shared her idea of Art All Around with friends, colleagues, and business acquaintances. Before she knew it, she had a volunteer board of directors fully committed to seeing the oil tanks transformed into art and to getting the Maine Center for Creativity off the ground. In 2008, they launched an international design competition for Art All Around that brought in more than 560 artists from 80 countries, and raised enough money to award $10,000 to each of the five semifinalists, two of them from Maine. So far, six of the oil tanks have been painted with the winning design, which came from London-based Venezuelan artist Jaime Gili.

That she was able to make an idea as big as the oil tanks come to life is no small feat. In fact, as excited as many people were about the project, others were resistant, and asked if her efforts might be better directed towards other community-building projects.

“I felt that those tanks were symbolic of what we could accomplish towards our future if we could bring together old industry and new creativity,” says Maginnis. “There is so much polarization in our communities, but we can all agree on our economic and social growth.”

According to a 2004 study commissioned by the New England Foundation for the Arts and the Maine Arts Commission, more than 63,000 Maine residents were employed in the creative sector at that time. Professions in the creative industries—which include research and development, advertising, architecture, writing and publishing, visual arts, design, and software—saw a 24 percent increase between 1997 and 2002.

Bearing those numbers in mind, Maginnis was struck by the idea that mini-economies were being formed within these creative industries. Artists, for example, were employing accountants, frame makers, studio assistants, and bookkeepers.

“That really piqued my interest in how the creative economy could become a way for Maine to stand out,” she says. “There are only 1.3 million people in the state of Maine. It’s important for us to pull together our assets and try to develop a way to nurture creativity across the state.”

Alan Atkins, a Portland-based attorney who is one of the founding board members of the Maine Center for Creativity and chairman of the Maine Creative Industries Award Gala, believes that the vitality of Maine depends upon the quality of life we can provide for future generations. “It is so sad to me when kids who grow up in Maine leave the state and take their energy and talent to other places,” says Atkins. “How do you keep that talent here? How do you make it a place where they can find or create work?”

Both Atkins and Maginnis believe that part of the answer lies in broadening the definition and parameters of what we deem creative, and in nurturing that spirit of creativity.

“I don’t know where or when we started to separate people and industries into camps of creative and non-creative,” says Maginnis. “Being creative is part of being human. I used to think that because I couldn’t draw or didn’t play an instrument that I wasn’t creative. I eventually learned that I express my creativity in business, in community development, and lots of other ways. My personal interest is in helping organizations and people express that creativity.” Creativity, Maginnis says, is as vital to business, science, and technology as it is to the arts.

In celebration of creative accomplishments within the arts and commercial enterprise, the Maine Center for Creativity created a biennial Maine Creative Industries Award, which recognizes people and organizations doing exceptional work in the fields of art and business, and showcases the state as a place where both can flourish. Its inaugural award was given in 2012 to actress and producer Glenn Close and her husband David Shaw, founder of IDEXX. This year’s award will be presented to actor and cancer activist Patrick Dempsey, a Maine native who founded the Patrick Dempsey Center for Cancer Hope and Healing, and to the Jackson Laboratory in Bar Harbor, the only National Cancer Institute-designated research center in Maine. The theme for this year’s gala, set to take place in November in Portland, is “Sparking Innovations.”

“This award is so extraordinary,” says Atkins. “It really demonstrates that you can do great things right here in Maine, and you can help build the state. On the one hand, you have someone like Patrick Dempsey, a major Hollywood actor, remembering his roots and giving back to his community. On the other hand, you have the Jackson Laboratory, which is doing groundbreaking work towards the cure for cancer. And thanks to this award bringing them together, they have made a commitment to collaborate in order to make a bigger impact.”

This act of collaboration is important in the work of the Maine Center for Creativity. The organization is developing projects like the Maine Network of Innovation and Creativity to facilitate collaborative work within and among organizations. Collaboration has also been imperative to the group’s success. Maginnis is joined in her office in PelotonLabs by only one other staff member, program coordinator Cynthia Manzo. Other than that, the Maine Center for Creativity is composed of more than 50 active volunteers, including a group of 12 who have helped at PechaKucha events since the very beginning, and a group of 20 volunteer board of directors.

Atkins, who has sat on the board of various nonprofit and for-profit organizations, says the board of directors for the Maine Center for Creativity is the most committed group he has ever worked with. “Usually a board comes together for meetings, and then they go back to their day jobs and that’s that. With this group, everyone is uniquely active, and we all work extremely well with each other.”

Board members, for example, run many of the programs themselves and work towards enacting new services and initiatives, guiding the organization, and raising financial support. Former board president Katherine Greenleaf, alongside board members Meg Weston of Maine Media Workshops and University of Southern Maine professor Raphael DiLuzio, developed the Creativity Training Program, which trains companies in the engagement and application of creative processes in everyday work situations. Board member Greg Boulos, a broker and partner at the Boulos Company, ran the capital campaign for Art All Around. And another board member, David Swardlick, managing partner at Greater Good Works, has led the development of the Maine Network for Innovation and Creativity along with Bernard Mohr, cofounder of Innovation Partners International.

“When people bring their intelligence to the table and help solve problems for a better community, it brings about an energy that is really palpable, and it’s invigorating to feel like there’s something bigger that you’re contributing to,” says Maginnis. “I think that feeling is what drives this board and our volunteers. That, and love. Everyone on the board has a deep love for Maine and they each want to see the state flourish. I’m lucky to be working with them. None of this would be possible without them.”