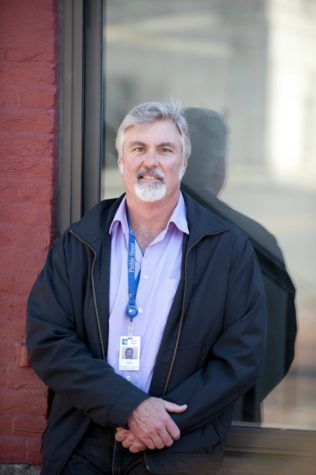 On the Radio with Dr. Lisa Belisle

You were one of our earliest guests when you first came on Love Maine three years ago. What’s new?

In 2015, we’ll be celebrating our fortieth anniversary. This is really exciting, but there’s always more work to be done. The human service sector has changed dramatically. Preble Street has tried to be creative and innovative, and address needs as they arise in the community. People know about our soup kitchen and shelter, and the emergency work we do. We’re incredibly proud of that, but we are also focusing on different kinds of housing solutions, advocacy, and innovative programs with teens and veterans. We’re trying to be intentional with what we take on. We’re going to serve 550,000 meals this year at Preble Street. We’re now doing veterans work statewide—we have offices in Lewiston and Bangor. In two years, over 500 veterans in Maine have moved out of shelters because of that one program. We’re starting a recovery house for women with St. Luke’s, a local church. We have a transitional living program for kids. When I point out to people that in the last ten years, five agencies have closed six homeless shelters in Portland, they’re surprised. That’s changed Preble Street’s role pretty dramatically. Now we want to plan what’s next.

How do teens become homeless?

It’s one of the saddest things I’ve learned in my job—that sometimes for young people, the smartest decision they can make is to get out of the home. These kids are in homes where there’s drug abuse and violence, and they really need to get out to be safe. Then they end up on the street, and they’re on their own. One of the things we try to do is get them out of the street culture, and out of the shelters as quickly as possible. We help them build healthy relationships with adults, which they may not have had for a long time.

We have a young girl who had been pretty dramatically abused by her family. There was drug use in the home, and she came to our shelter at 11 on a Friday night and said, “I need a place to be, I want to finish my school year.” I’m always struck at the resiliency of these young people, and the motivation. They do not want to be on the street. Invariably they say, “We don’t want to be in the adult shelters. We don’t want to graduate to that life.”

You work with many individuals who challenge us as a society— people who are mentally ill, veterans who have post-traumatic stress disorder, and individuals who have drug abuse issues. Yet, are these people more similar to the rest of us than we might think?

I spoke a few years ago at a United Way board of directors meeting. As I was sitting there, surrounded by about 20 community leaders, bank presidents, lawyers, and corporate executives from Greater Portland, I realized that in the previous year or two, I had private conversations with four or five of them about their family members who were on the street. It really does touch all of us. These are not anonymous, faceless people; they’re part of this community.

How do people move in the direction of resiliency rather than despair?

Part of it is people looking out for each other. Some of the most generous people I’ve ever met are some of the poorest. They will literally give the shirt off their back to help somebody stay warm. By reaching out to each other, they build strength, and their self- esteem is served. They become strong with each other. It’s extraordinary to witness.