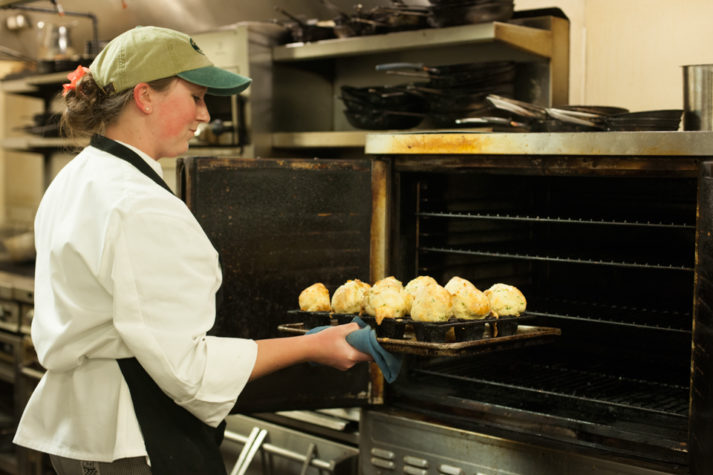 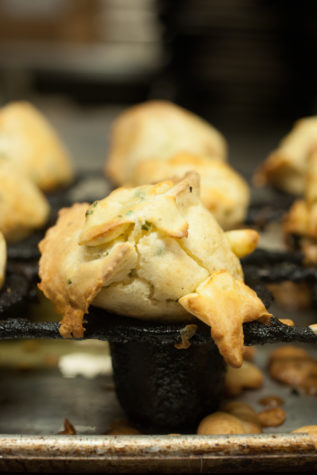 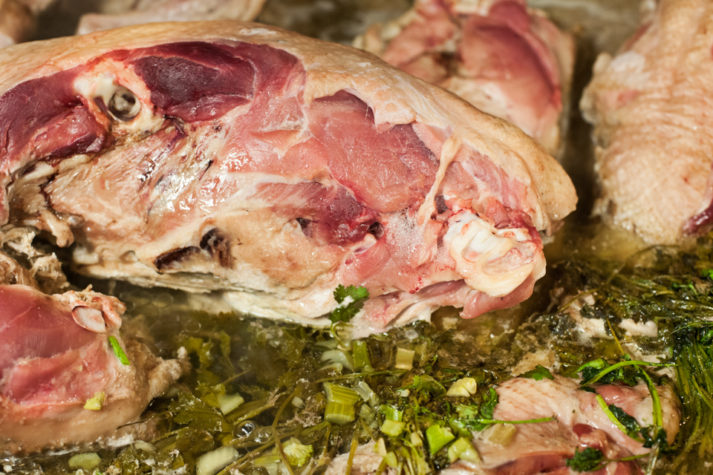 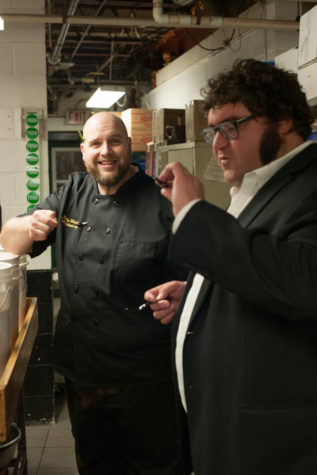 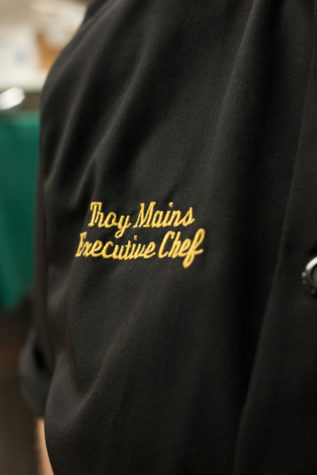 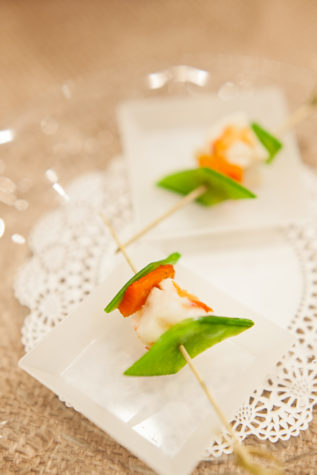 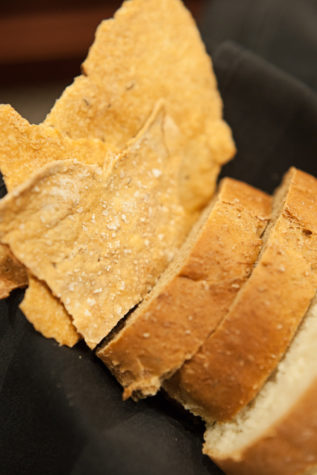 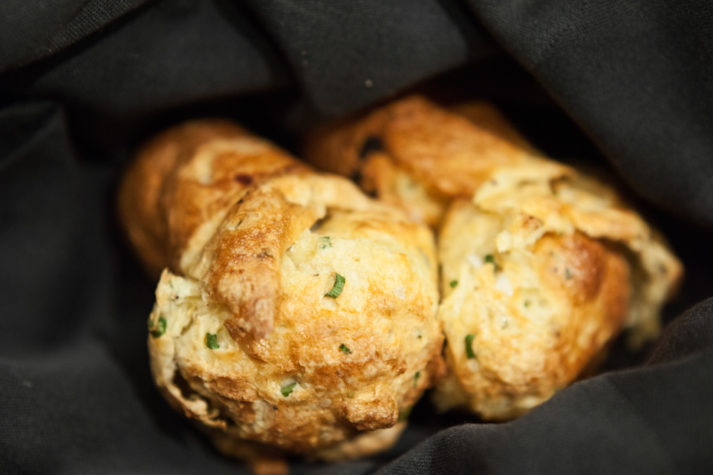 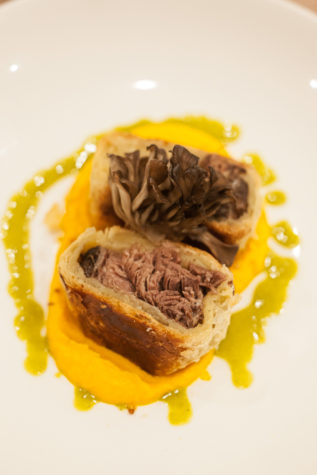 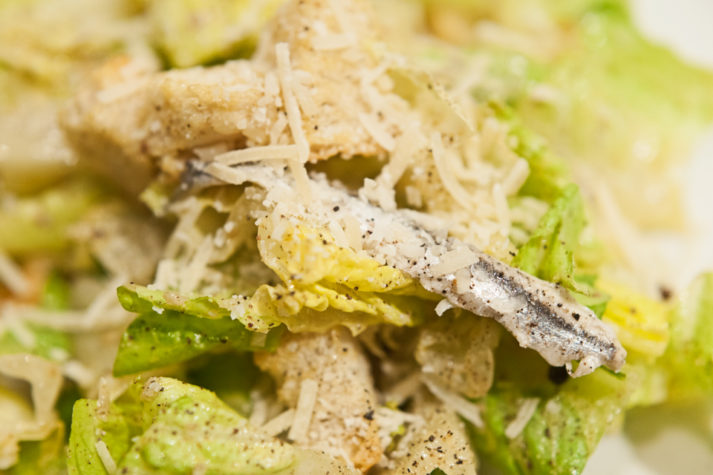 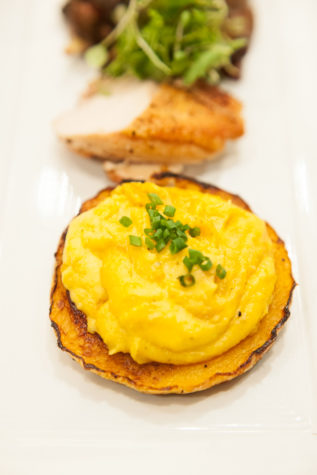 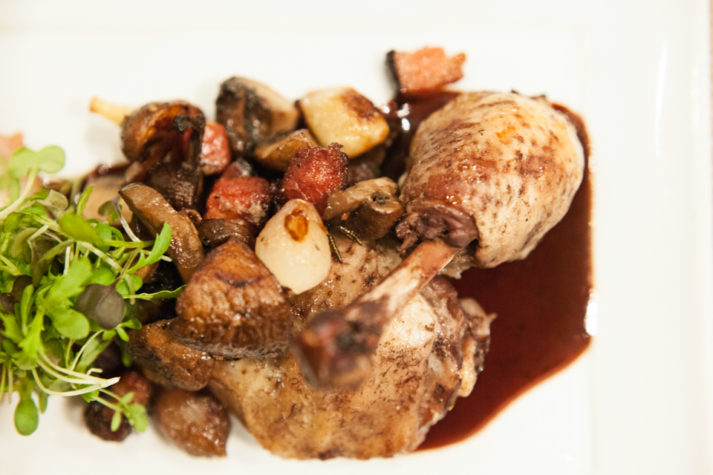 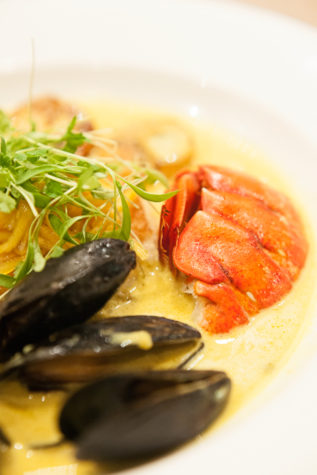 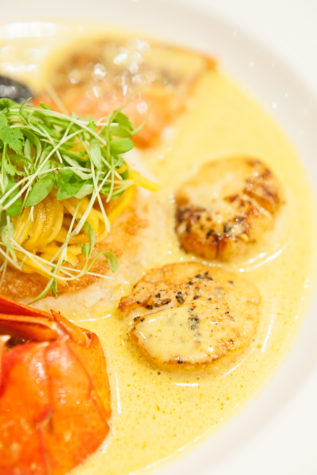 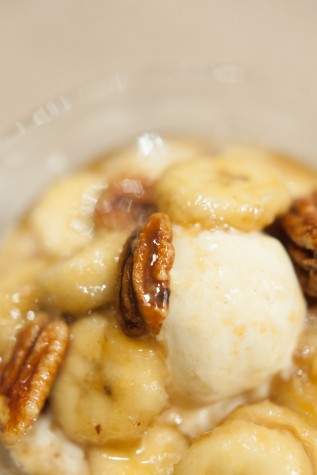 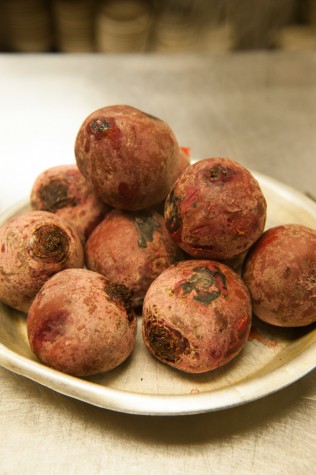 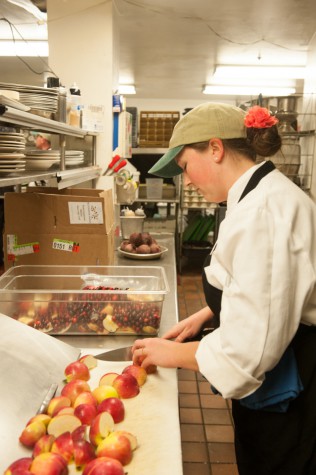 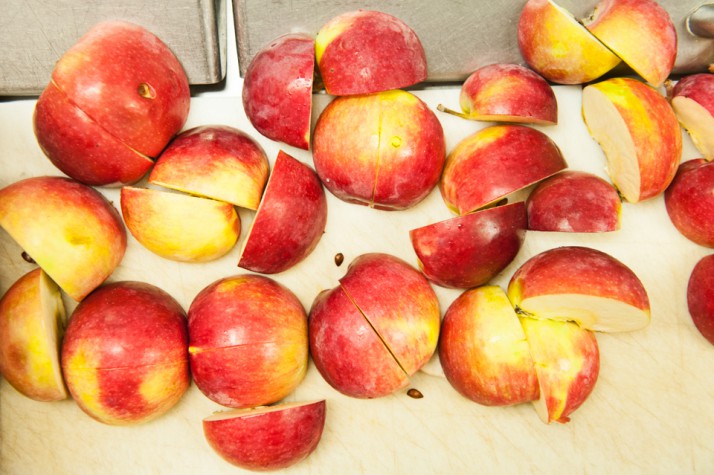 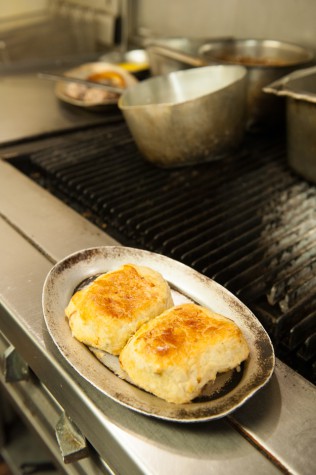 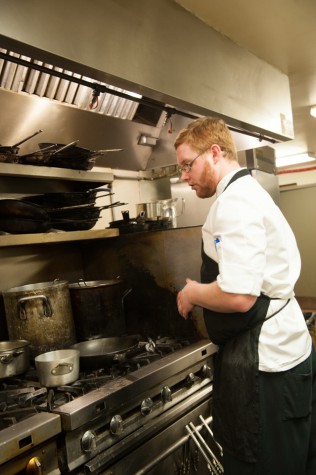 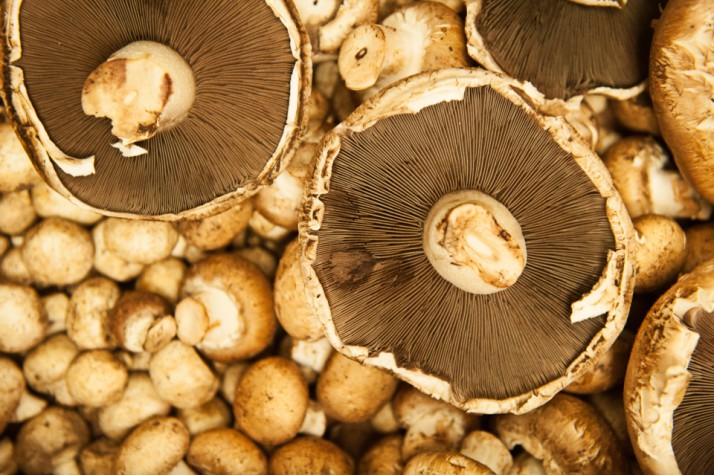 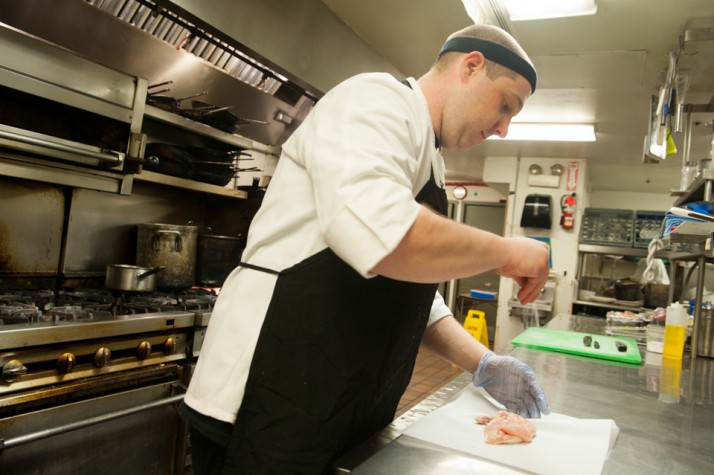 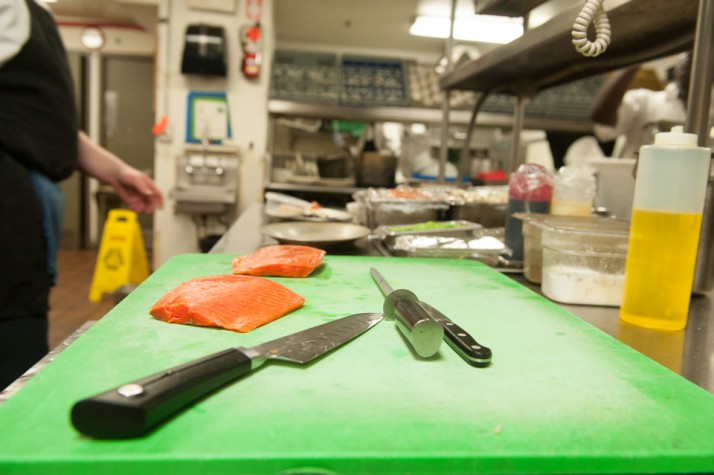 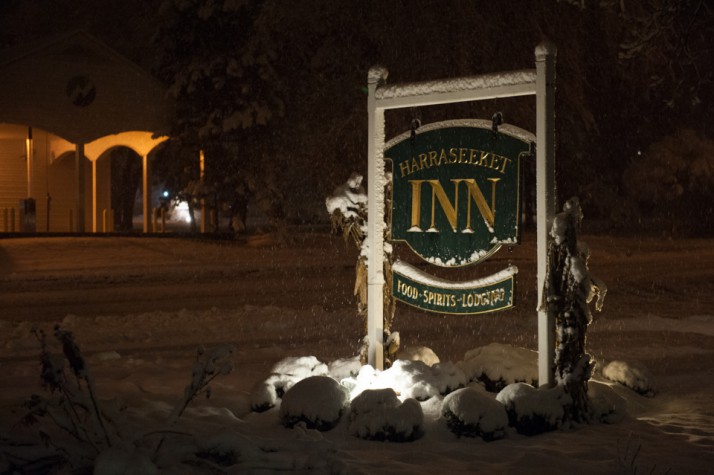 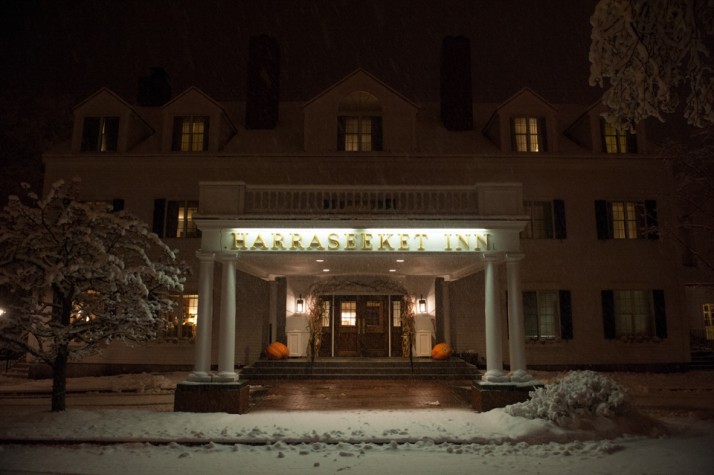 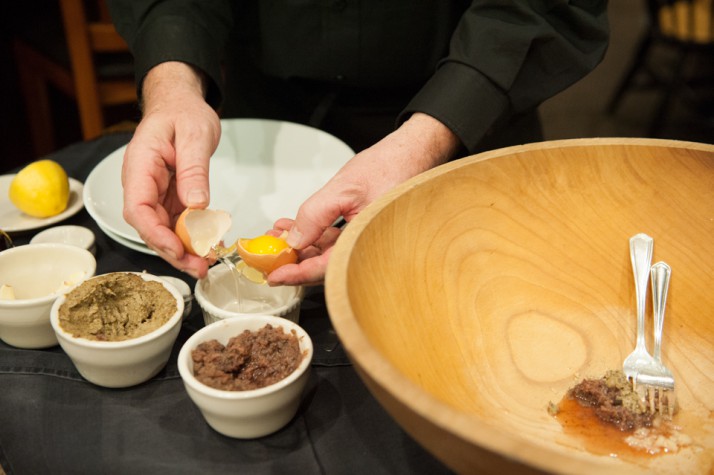 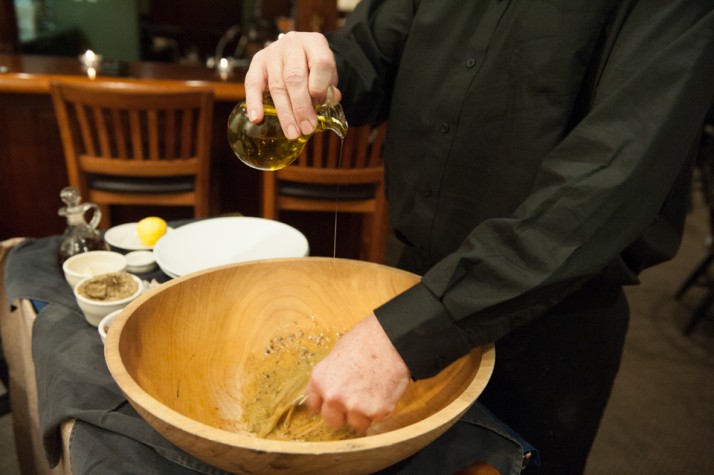 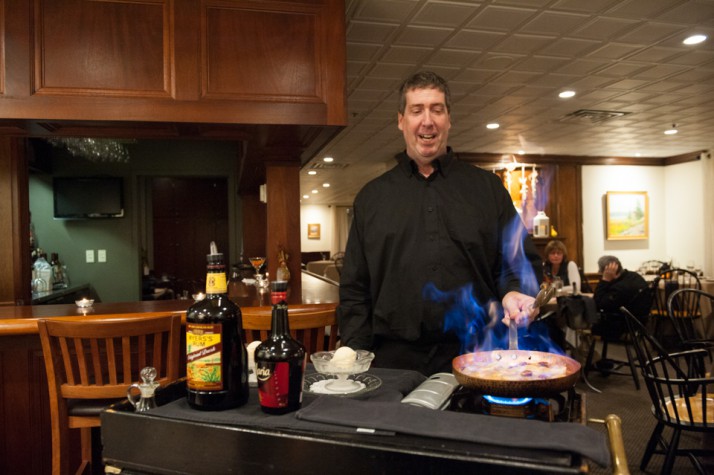 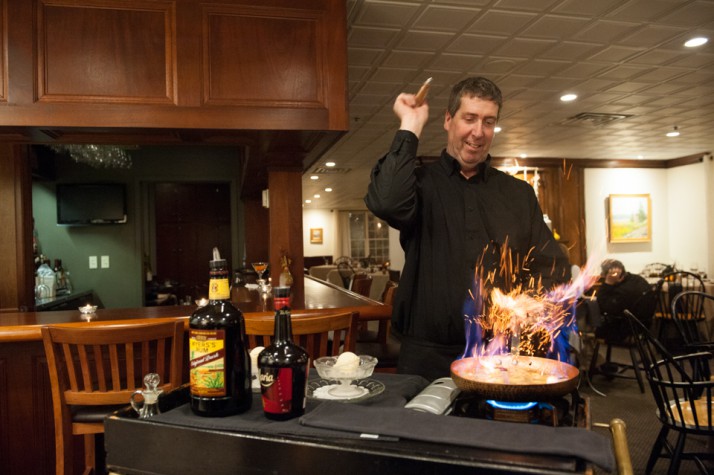 The Maine Dining Room continues to uphold the high standard of cuisine that it became known for in the first place… The full spectrum, from French classics to contemporary Thai, are executed beautifully.

Amidst what at times feels like a dizzying amount of new restaurants opening their doors over the past year and with the end nowhere in sight, I take comfort in paying a visit to the dining institutions that were the bastions of gastronomic indulgence far before the term food trend became commonplace in our vocabulary. The Harraseeket Inn, in particular, has served as a proving ground for many of Portland’s prominent restaurant personalities to this day, as I can personally recall working there back in the late 90’s with the likes of Lee Skawinski, Jason Loring, Brant Daedalares, and Jeff Landry to name only a few.

This being said, after about a solid decade, I was relieved to see that the Maine Dining Room at the Harraseeket Inn is still maintaining both the standards and standbys that originally made it great, while executive chef Troy Mains has seamlessly incorporated a more modern touch to the menu. The first thing I notice is that the inn itself has undergone a few renovations. The décor in the dining room has taken on a decidedly less buttoned up approach, making the necessary step of getting with the times in regards to the death of the white tablecloth, strictly the dress code approach of yesteryear. The new décor is much more welcoming, retaining the comfort and warmth of the original layout.

Most importantly, the service experience is still top notch, and even in the sleepier winter months they remain polished and attentive. I was also relieved to see that the full offering of tableside preparations, a lost art that is making its way back has remained a staple on the menu. It is hard to argue against this practice, as who wouldn’t want a freshly prepared Caesar salad, the dressing built in layers of anchovy paste, red wine vinegar, Dijon mustard with caper, garlic, lemon, and fresh egg yolk tossed with warm croutons and topped with white anchovy? I especially enjoy the bite from the raw garlic against the briny anchovy and acid from the lemon . Yes, it’s a standard dish, but its important to be reminded of how good it really can be when prepared correctly.

The dish is, of course, perfect alongside a basket of ethereal popovers, glazed with apple cider that are still very warm from the oven  to the point where it burns my fingers when I pull them apart. I take a moment to be mesmerized while watching a liberal pat of salted butter slowly melt through the entire thing. It is probably unnecessary to describe what it was like to eat them.

Before the procession of food begins, I opt for a bottle of 2013 Zenato Lugana San Benedetto from the Veneto in Italy. Made from 100 percent Trebbiano, this wine has always possessed Chablis-like qualities in regards to the balance of richness to minerality. The wine list itself is extensive, and a first glance would lead one to assume that it is dominated by new world wines, namely Chardonnay and Cabernet Sauvignon, but further investigation reveals very reasonably priced standouts like Domaine du Gros Nore Bandol Rouge, Poggio Antico Brunello, and Ogier Condrieu. Also, amidst the Syrah/Shiraz section, which appears to be comprised entirely of American and Australian producers, I find one of my favorite examples of the varietal from Planeta in Sicily. It always pays to spend some time with the wine list, lest you may miss something, and the time you spend neglecting your dining companion during this process will pay off in dividends when they taste your brilliant, well thought out selection, I promise.

In the traditional preparation of Beef Wellington, the shortcomings of filet mignon, namely flavor, are abated by the addition of foie gras. Mains chooses to kill two ortolans with one stone by substituting braised beef short rib, which provides all the fat and flavor one could ask for wrapped in a buttery pastry crust that soaks up the meat juices from inside while staying crisp on the outside. A single sautéed maitake mushroom stands in for the duxelles and to both brighten the dish up and add visual flair he employs a purée of carrots as well as a garnish of parsley oil.

Among the French classics on the menu is Coq au Vin, the preparation of which is the subject of endless disputes. In Mains’s version the chicken legs, which fall right off the bone, and breasts are served at the perfect temperature with impeccably browned, crispy skin, while the sauce of red wine, bacon lardons, mushrooms, and pearl onions, is reduced to an almost syrup-like consistency. The flavors and seasoning are intense, a very appropriate food given the snowstorm currently raging outdoors.

As a sharp contrast to the preceding courses, our last savory offering is the seafood mélangea vibrant, Thai-inspired green curry soup, which is poured tableside from a tureen, over toasted coconut rice and pickled mango. Around the perimeter of the bowl are mussels, scallops, salmon, and lobster, each taking on a slightly different characteristic when paired with the curry, which is practically a meal on its own. The broth, redolent of lemongrass, builds in heat as I go, which inevitably prompts me to continue eating despite being long since full.

As I sip on a glass of Taylor Fladgate, the tableside station is wheeled my way yet again. Our server begins the preparation of Jamaican bananas, setting the pan over the burner until it is sizzling hot. He then adds bananas and sugar to caramelize before lighting the whole thing ablaze with dark rum and filling the room with aromas of warm spice. Sparks fly as he shakes the pan, before turning it on to bowls of vanilla ice cream and garnishes with candied pecans. There you have it  all the dinner theater you will ever need.

After the meal, I chat with Mains about the direction of the restaurant, to which he expresses excitement at the opportunity to continue to evolve.

”Every dish on the menu has a story, and we meet each season to tirelessly discuss and taste new additions,” Mains says. ”Plus we have very, very long-standing relationships with our vendors so I always know Ill have access to the best of whats around.”

Good to see that some things havent changed.