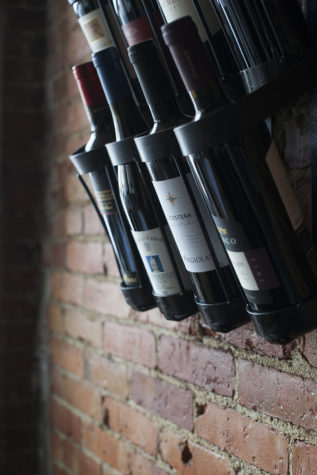 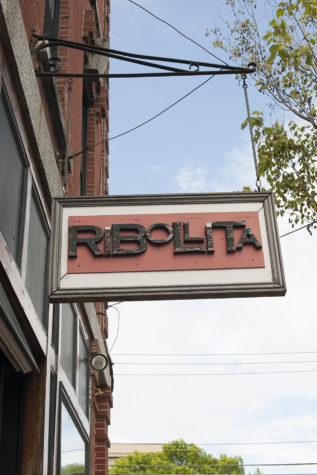 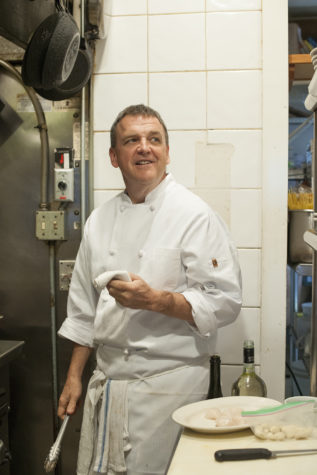 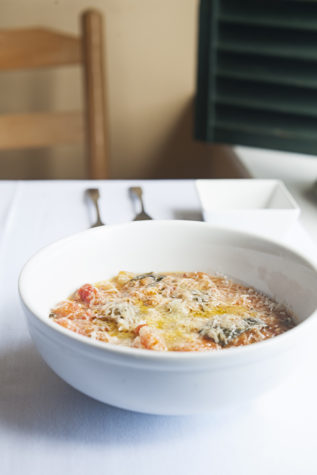 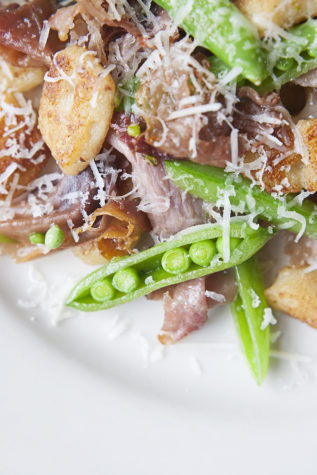 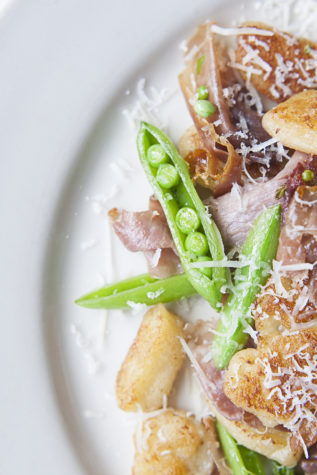 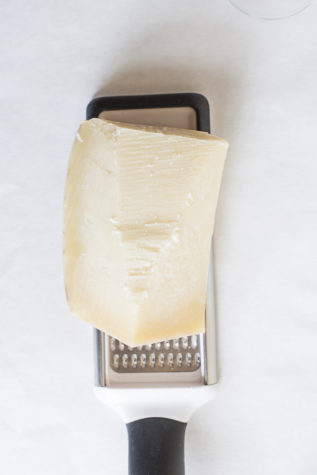 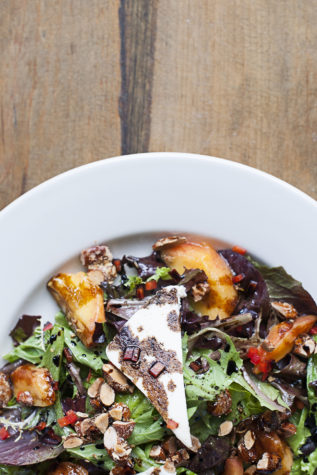 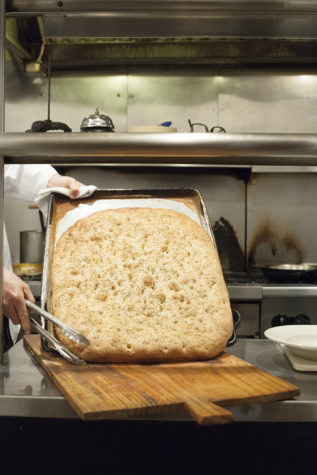 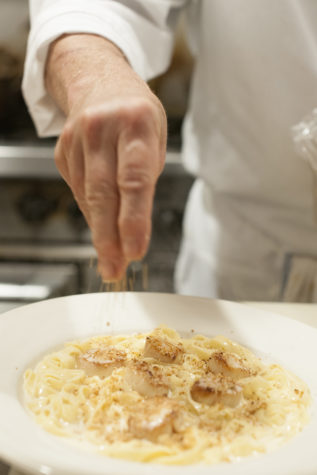 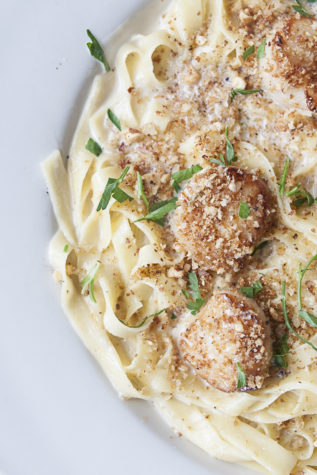 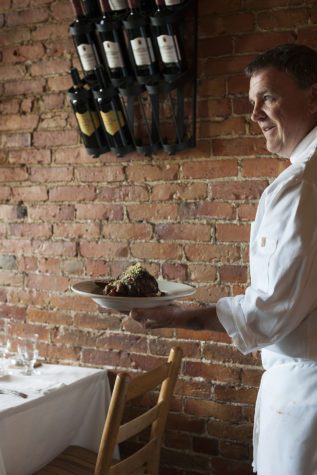 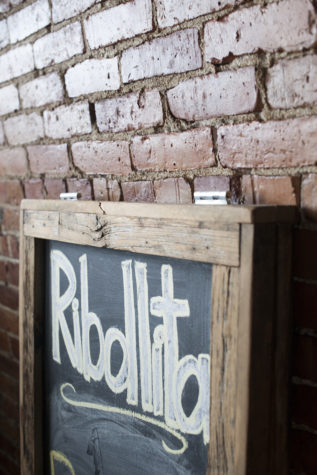 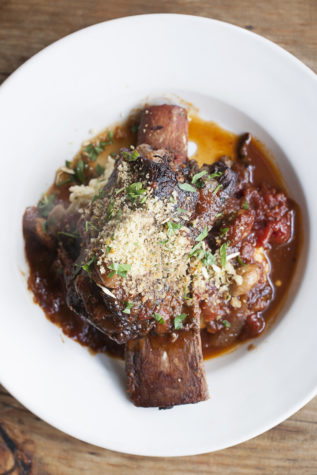 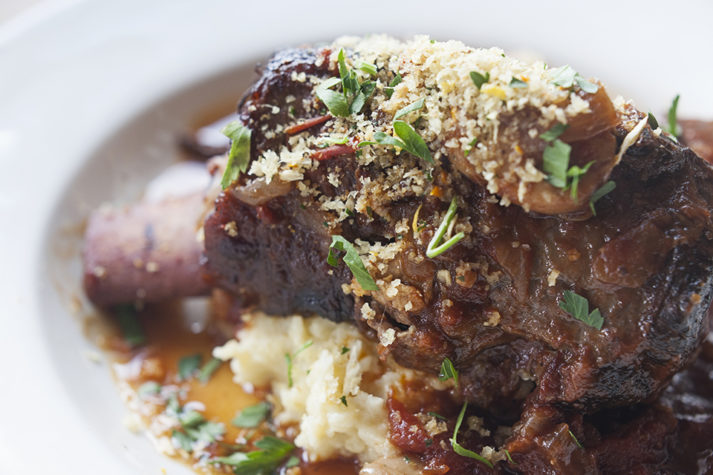 Chef Kevin Quiet has seen quite a few changes in the world since he opened the doors to Ribollita in 1996.

His simple 40-seat trattoria, with its menu inspired by both his time spent cooking and eating in the old country as well as Boston’s North End, has stayed the course through all of the ubiquitous, often ridiculous food trends and diets of the late ’90s. He has maintained loyal regulars and remained busy through so many ups and downs in the economy. He has seen the Food Network boom of the late ’90s and the advent of the “foodie” while successfully continuing to serve a pasta-heavy menu throughout the pronounced backlash towards both carbohydrates and gluten. Finally, he has seen giants like the Jordan Meat Packing Plant close their doors and, in 2010, completely burn to the ground, allowing for a complete transformation of the neighborhood including large hotels and luxury condos.

Yet he remains consistent, and shows up each morning to begin slowly braising beef short ribs in sweet, tangy agrodolce sauce, which will be heaped over garlic mashed potatoes and topped with a vibrant, piquant gremolata flecked with herbs and accentuated with horseradish. The soup that is the restaurant’s namesake, Ribollita, is made on the same day every week, utilizing the leftovers from freshly baked bread that serve to thicken this Tuscan peasant dish, loaded with vegetables and topped with parmesan cheese. I have, while working in wholesale wine, counted Quiet among my clients, observing each day the manner in which he happily continued to prepare the tried and true dishes that both he and his customers adore, while every now and then incorporating a single new element (only once he was sure he had it 100 percent dialed in).

Quiet has travelled a long road to reach this comforting state of restaurant bliss, starting by frequenting his grandmother’s diner while growing up (he assures me that I would have been “obsessed” with her honey-glazed yeast donuts). After finishing culinary courses directly after high school, he found himself working seasonally in Kennebunkport while utilizing the winter months to go cook in a variety of places—Seattle and Santa Barbara to name a few. In his late twenties he landed his first steady gig at another iconic eatery founded in the ’90s, Street & Co, before realizing that he was finally ready to strike out on his own, hence Ribollita came to be.

The dining room is quite intimate, with few frills outside of crisp white linens, hefty flatware, and a scattering of sculptures in the form of roosters. During service, the light is dim, aided greatly by candles, making the ambience intimate but not uncomfortably so for those not out on a date . Probably one of the most captivating parts of the experience is the heady aroma of garlic and olive oil that pervades the entire space.

An important draw, outside of the food, is the eclectic yet focused wine list, which offers quite a few gems—magnums of Produttori Barbaresco and Terradora Fiano di Avellino come to mind and are available at shockingly reasonable prices. It was actually a very well kept secret amongst thirsty restaurant workers for quite some time. Although the selection is 98 percent Italian producers and heavy on well-respected portfolios such as the Winebow Group, there are a few New World selections hidden throughout to keep things interesting.

The bulk of the menu is simple, anchored by everything from the classic Caesar salad to North End Linguine with choice of seafood and red or white sauce. All of the pasta is made in-house, honed to perfection over the years, and particularly delicious is Quiet’s plump scallops and fettuccine with velvety moscato cream and almond crumble. Another favorite is the pan-fried gnocchi—pillowy little dumplings tossed with very fresh peas and prosciutto di Parma before being showered with quality Parmesan. These are the kind of dishes that would most likely incite a riot if they ever found their way off the menu and Quiet knows that.

One of the evenings specials, a salad of ripe, grilled South Carolina peaches over greens with feta, aged balsamic vinegar, and candied nuts, is an interesting variation to the rest of the menu, yet a refreshing precursor to rich, salty dishes like roast chicken puttanesca with fresh pappardelle. He also consistently offers at least two flavors of his popular, custard-based ice cream, most notably vanilla bean and espresso chocolate chip, which he also uses in Ribollita’s affogato, doused with a liberal portion of espresso to revive the senses if you happened to have finished an entire plate of short ribs.

In the case of Ribollita, the fact that the dining experience has changed so little is a very good thing, as it remains on the corner of Middle Street amidst of flurry of new restaurants, confidently turning out delicious Italian cuisine time and time again. If you’ve ever met Kevin Quiet, you know that this embodies both his demeanor and commitment.