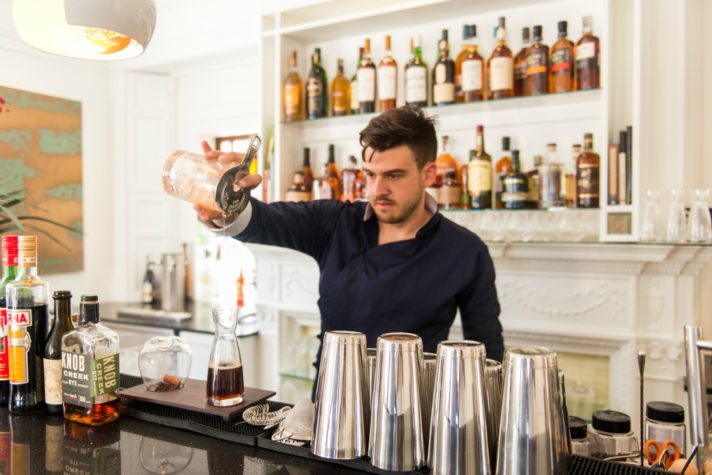 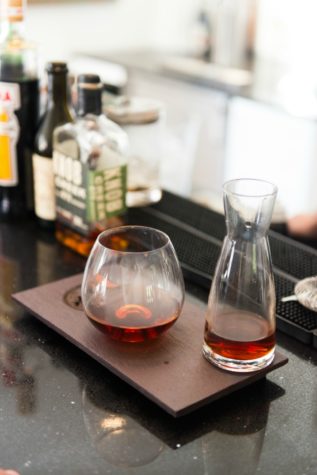 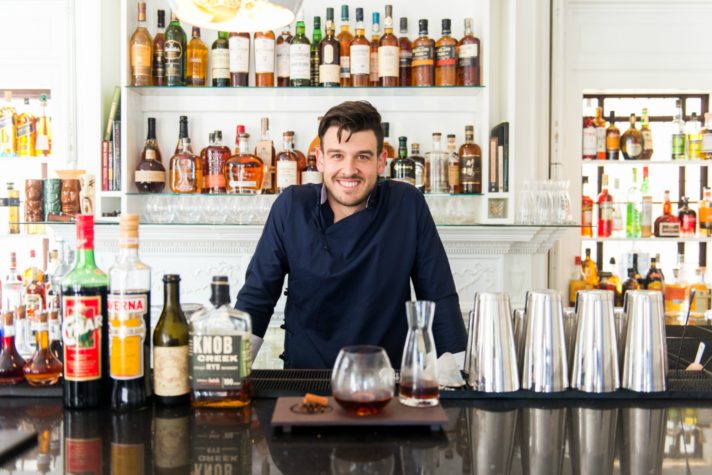 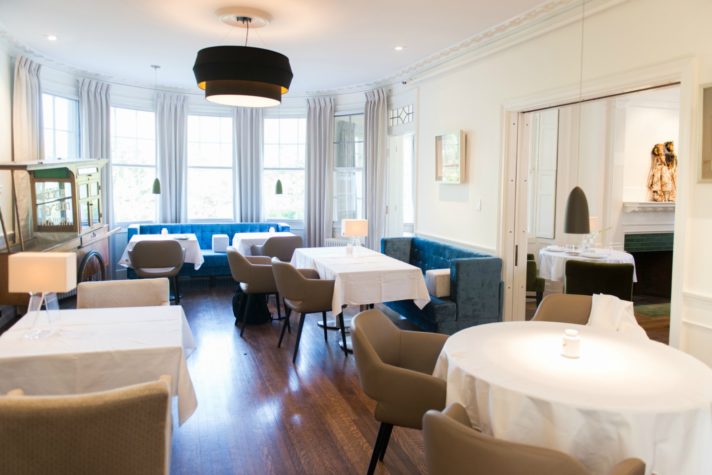 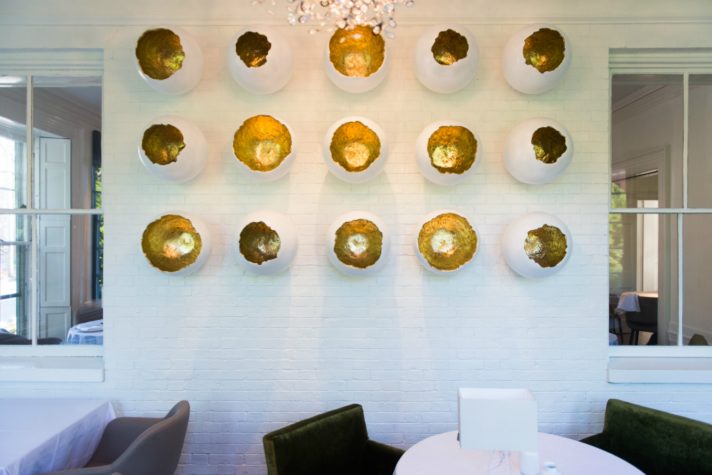 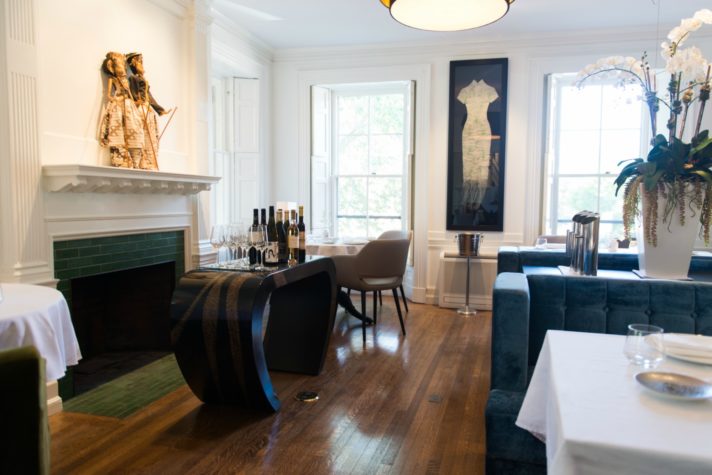 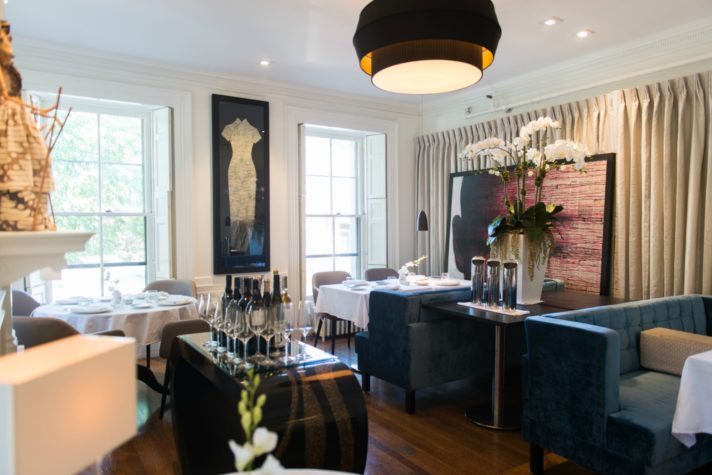 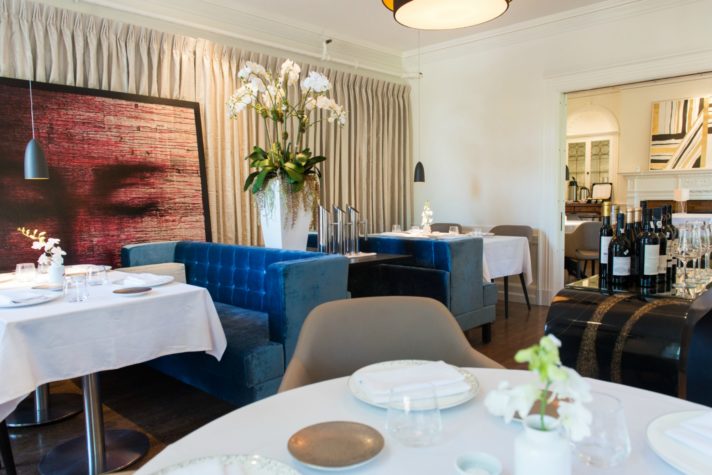 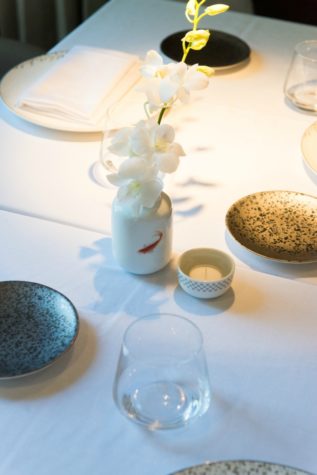 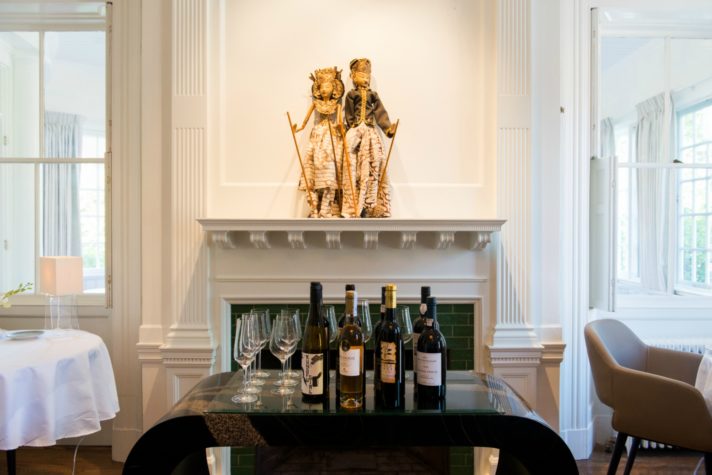 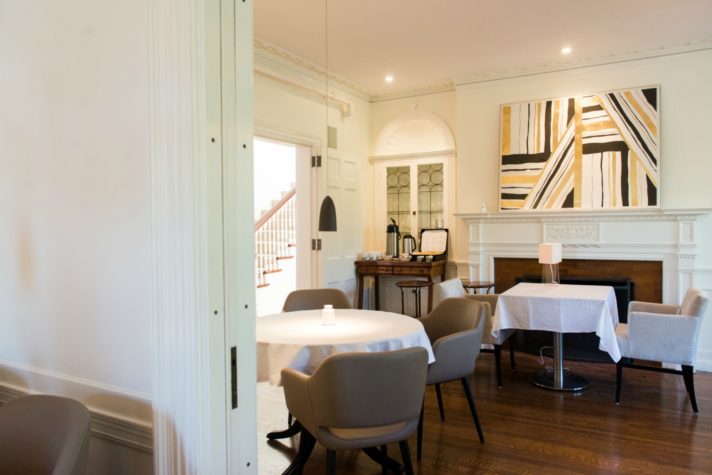 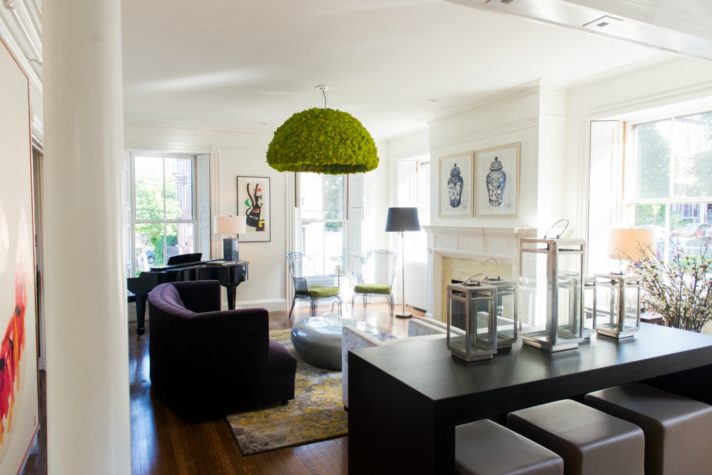 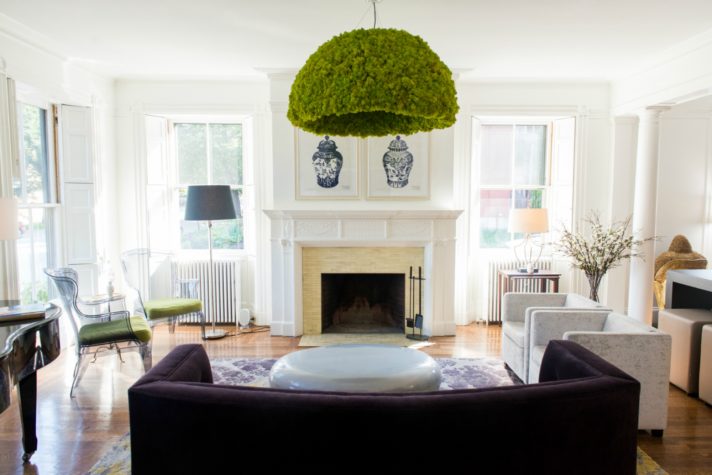 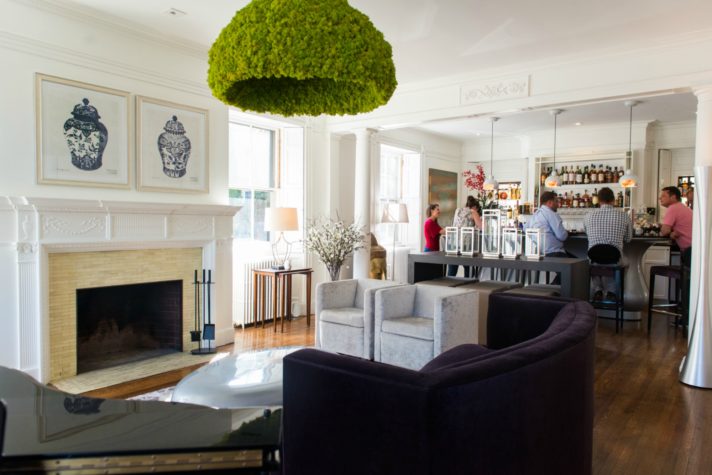 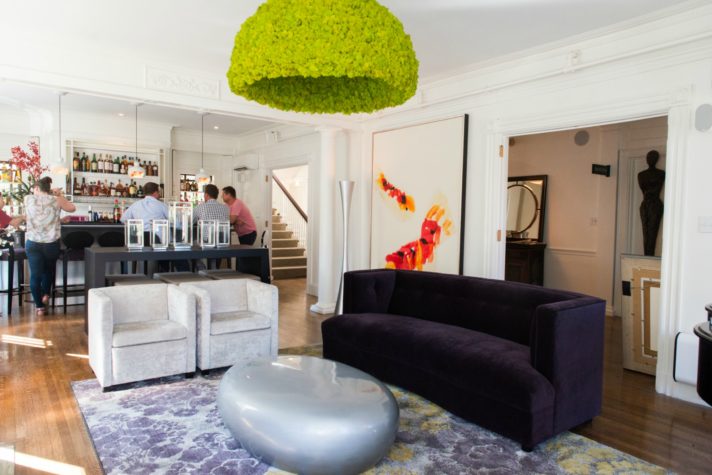 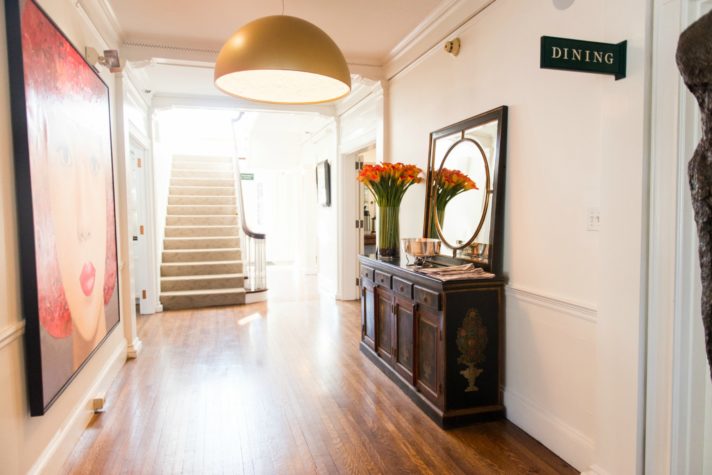 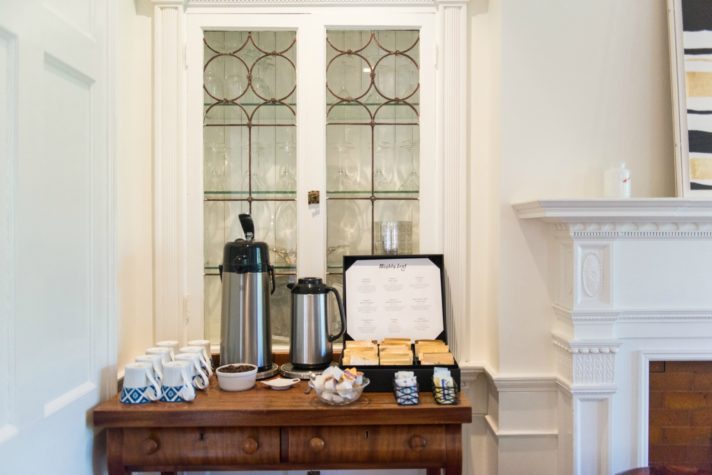 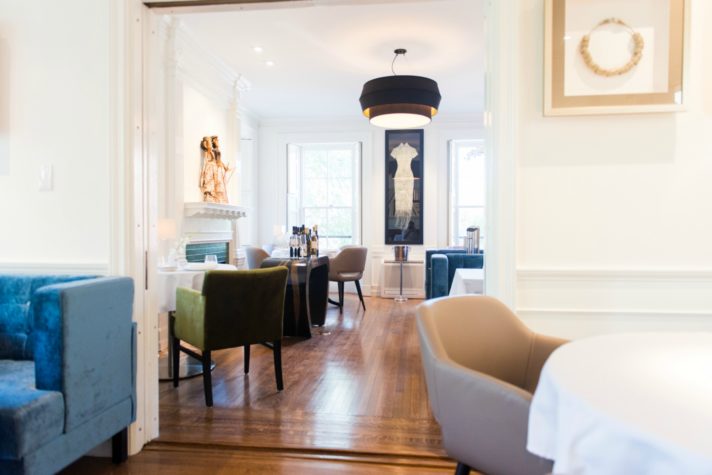 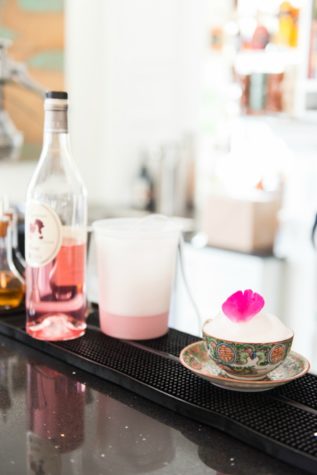 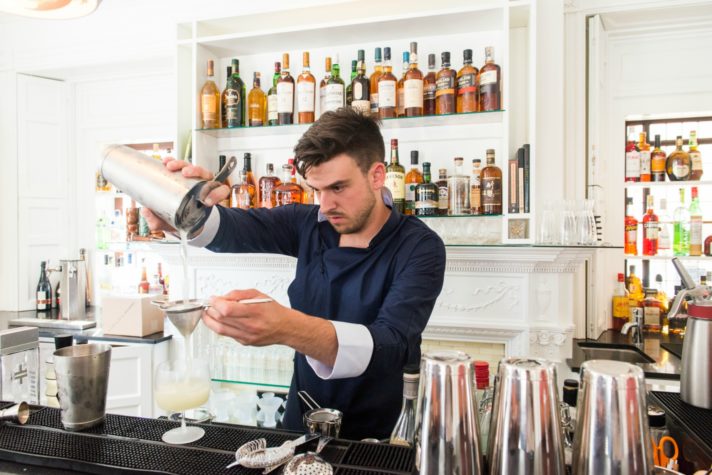 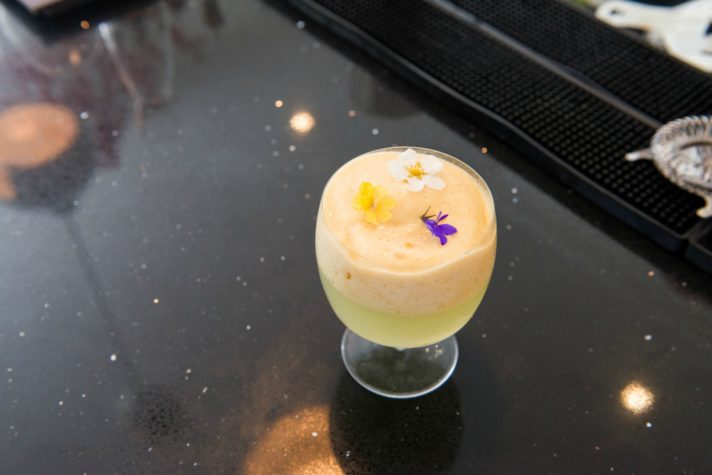 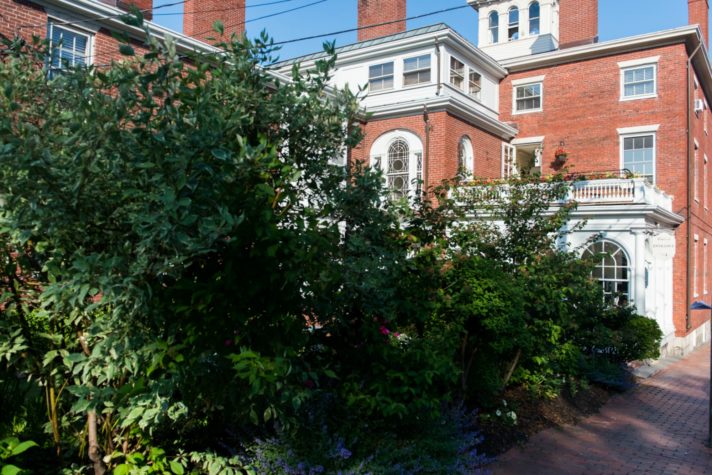 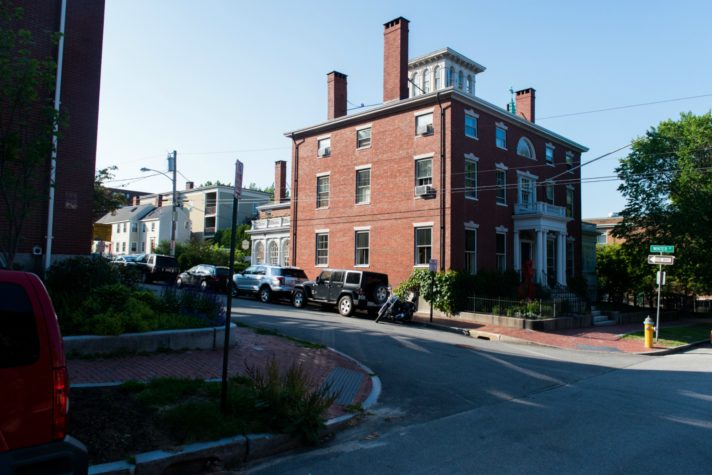 Housed in the newly renovated Danforth Inn in Portland’s West End is Tempo Dulu, a high-end Southeast Asian restaurant from hoteliers and restaurateurs Raymond Brunyanszki and Oscar Verest, who also own the Relais and Châteaux-certified Camden Harbour Inn on the midcoast. This new venture was inspired by their travels throughout Southeast Asia. Brunyanszki and Verest seek to recreate everything from modern interpretations of the classic street hawker fare of Thailand, Malaysia, and Singapore, to name a few, to the more elaborate rijsttafel, a complex and sprawling Indonesian feast designed to put all of the senses into complete overload.

To implement such a menu Brunyanszki enlisted the help of executive chef Lawrence Klang, who, upon accepting the position, immediately shipped off to Bangkok, where he worked under one the country’s most celebrated chefs, Australian-born David Thompson, at Nahm Restaurant. Klang worked his way up the ladder from garde manger to the curry station, where he learned the art of preparing from scratch dishes such as green curry with wagyu beef and yellow curry with crab. He also became acquainted with the pronounced differences between Indonesian and Thai curries, the latter finding a more solid base in dry rubs and pastes while the Thai chefs favor saucier styles that employ a good deal more coconut milk.

Klang then traveled to Singapore, where he ate his way through the famous hawker centers while training under Indonesian and Chinese chefs, recalling that the Chinese, to put it lightly, do not mince words when it comes to demonstrating the proper way to do things, but then this is the best way to learn. His final stop before returning to the states was the Oberoi in Bali, where he refined his version of dishes like steamed duck in banana leaf with yellow rice, in which he utilizes coconut turmeric rice and lemongrass sambal. This, as Brunyanszki tells me, aligns with Tempo Dulus mission to create a fine dining experience that is inspired by street food dishes, but prepared with luxury ingredients. Other great examples include their smoked northern Thai-style sausage served with sour cucumber and black garlic as well as papaya soup garnished with a foie gras spring roll.

Other menu staples will include beef cheek rendang, a classic dish where the meat is cooked down in the curry well beyond the stage of thick gravy consistency and, in this case, accentuated with green papaya and green bean sambal as well as the comforting Malaysian-style chicken soup, soto ayam, given depth by a complex blend of spices. As previously mentioned, the chefs tasting menu will be inspired by the Indonesian rijsttafel, including multiple courses served family style with three different levels of beverage pairings.

As would be expected, the ambience and decor will be all immersive, transporting the diner to a place far from Portland. ”It will be somewhere between Victorian and super-modern, “Brunyanszki tells me. “I didnt want to go too literal with a Southeast Asian theme but rather tried to keep things simple with muted colors and an array of fabrics that would give the impression of being in someone’s living room while maintaining a decidedly urban feel.”

Brunyanszki spared no expense for the project, enlisting Dutch company Satelliet, who specialize in modern hotel and restaurant design, for all of the furniture, which includes three different styles of chairs in the dining room. The light fixtures throughout are designed by Marcel Wanders, whose work has been featured at MoMA NYC as well as many other prestigious venues for his Moooi collection (the name is native Dutch for beautiful). The vision for the dining room is very dim illumination throughout, supplemented by matte gold lamps on each table that gives the impression of islands of light at each table.

Most of the art on the walls throughout the dining room and lobby are large, beautiful prints by Balinese artists, procured from the Naka Contemporary and Vintage Art Gallery in Indonesia. In the lounge area is a light fixture encased in living, growing moss, and the decor is anchored by a large, fiberglass bar that was designed by a company that normally works with yachts, and was then sent off to BMW to have the glass treated to resist wear.

Service, led by Maître D’ Elizabeth Totzeck, will resemble that of Brunyanszki and Verests’ other restaurant, Natalie’s in Camden, in that it focuses on building a relationship with each table while remaining detail-oriented to a fault. The front of the house uniforms include both fitted coats for the men designed in Hong Kong and inspired by Han Dynasty-era China, as well as Thai Silk jackets for the women.

A very extensive wine and sake list is complemented by bar manager Trevin Hutchins’s elaborate yet functional cocktail program. ”I wanted to utilize the same layering as the cuisine,” Hutchins says, ”with the flavors often happening from the bottom of the glass up.” This concept begins with libations like “the Jakarta,” where an absinthe-misted glass is infused with Chinese five-spice smoke before being filled with what is basically an interpretation of the classic Manhattan with Knob Creek Rye, Carpano Antico, Amaro, and bitters produced by local company Coastal Root. It is a dramatic presentation, nicely contrasted by “the Jim Thompson,” named after the man who founded the most successful silk company in the world before mysteriously disappearing in Malaysia, which consists of jasmine-infused Plymouth gin and Dolin Blanc vermouth that is topped with a Combier and rose foam and served in elaborate antique china.

With a soft opening this week, Tempo Dulu will officially open its doors to the public on Saturday, June 20.