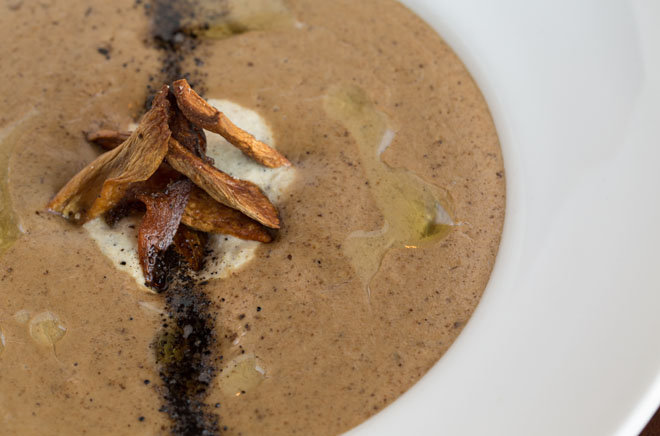 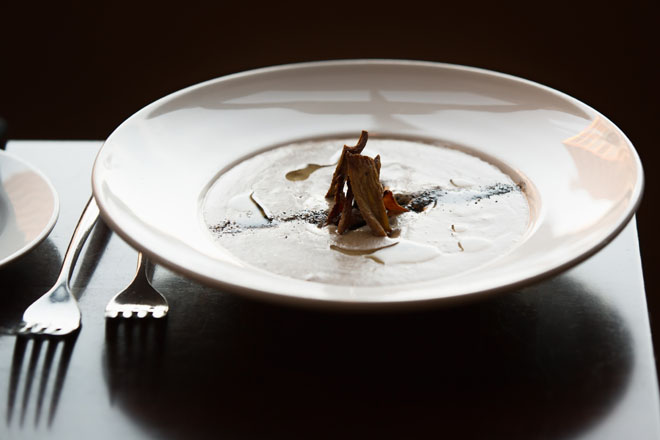 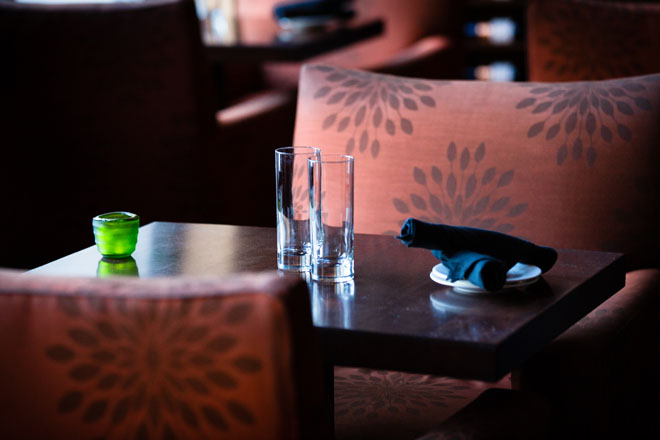 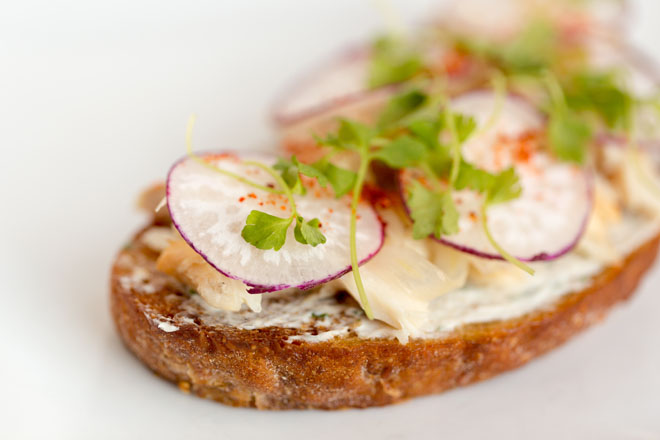 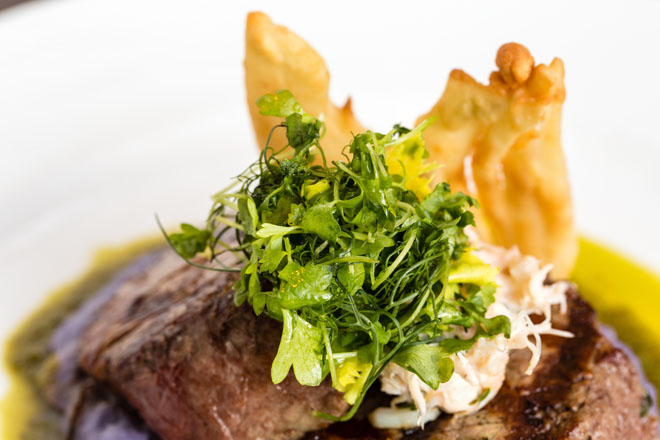 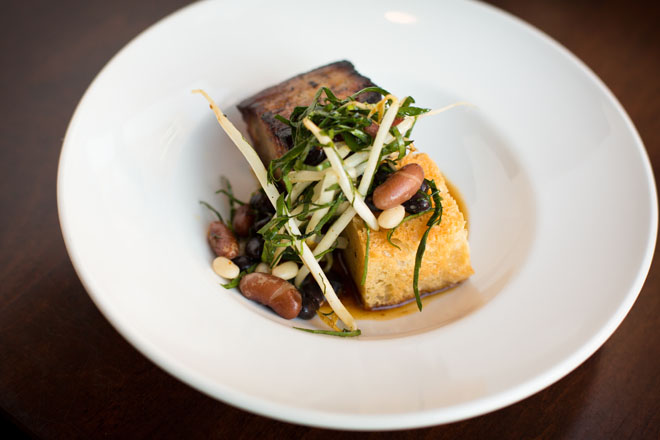 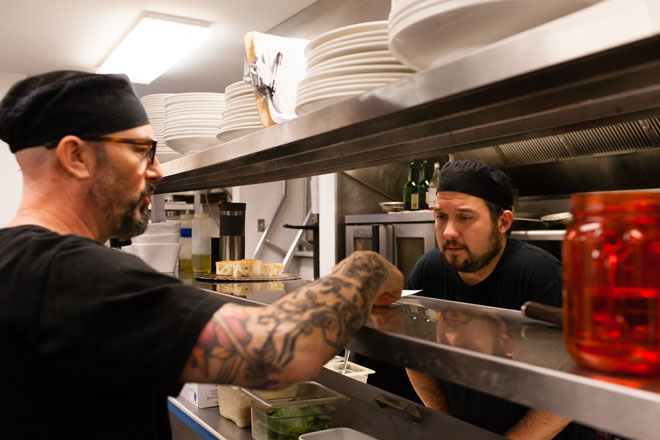 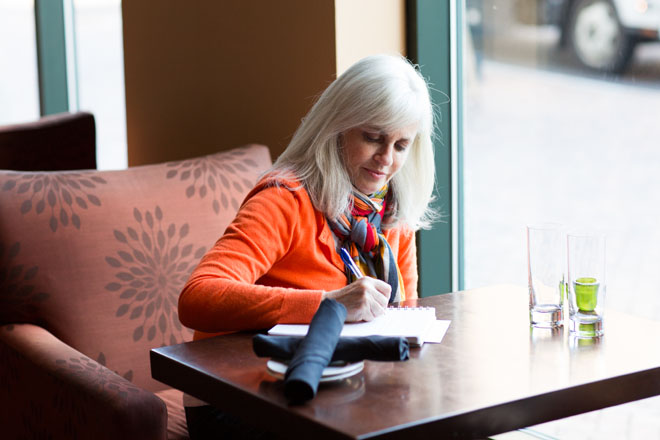 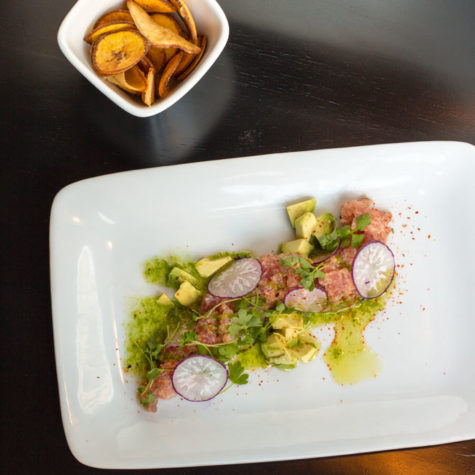 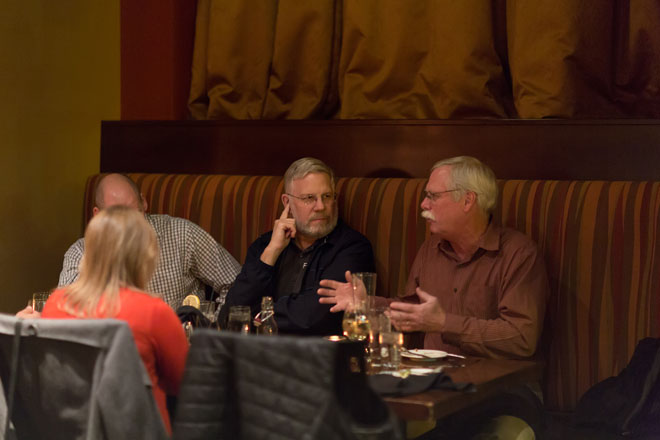 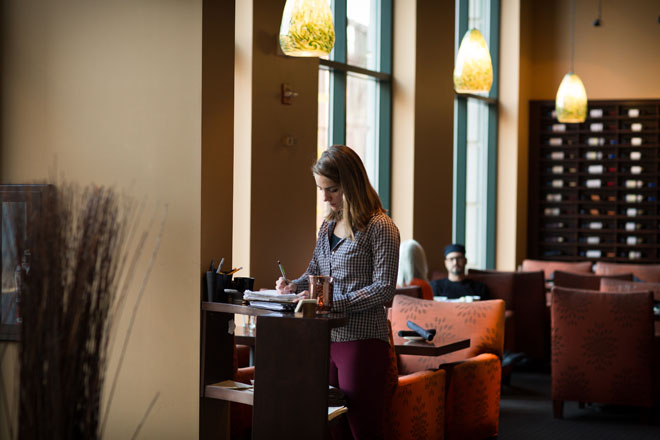 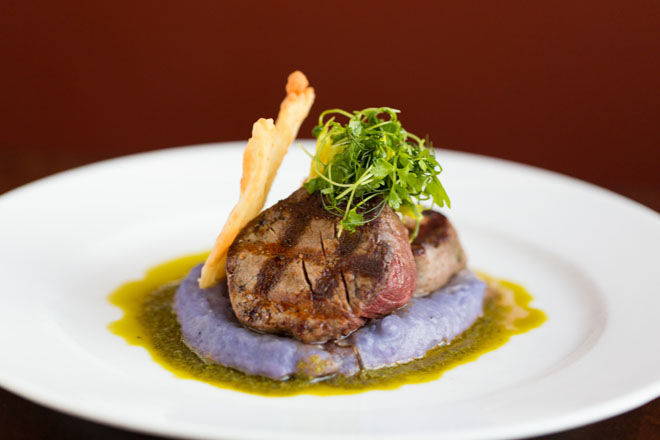 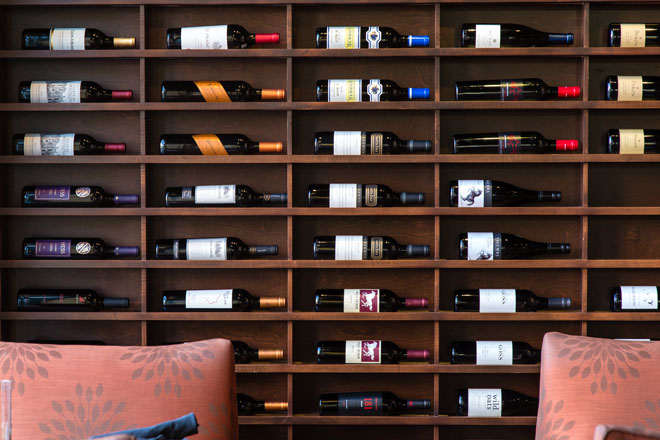 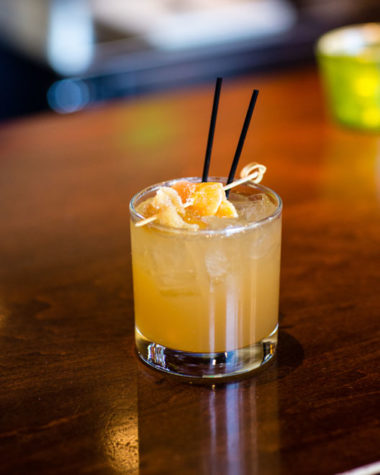 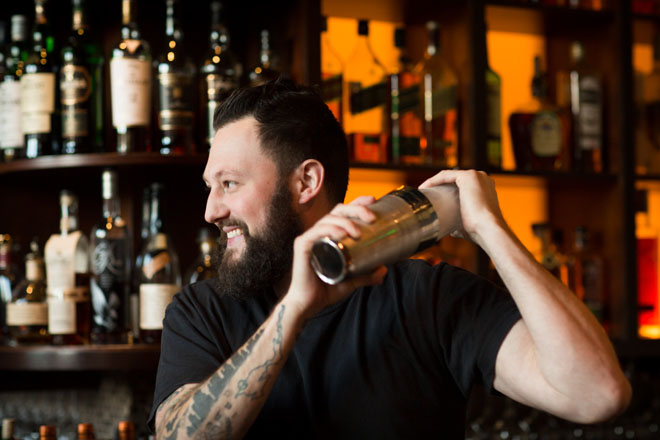 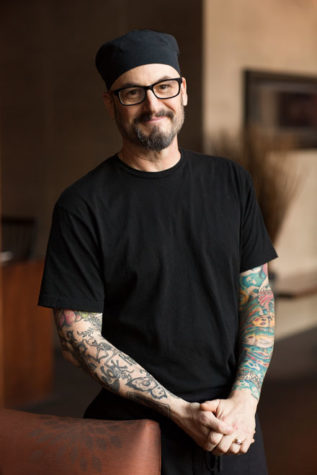 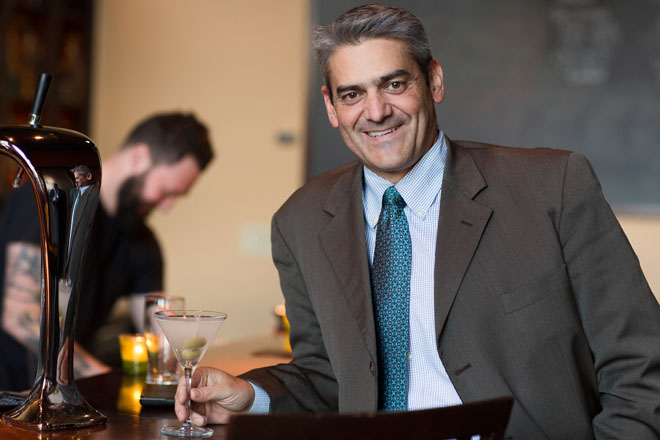 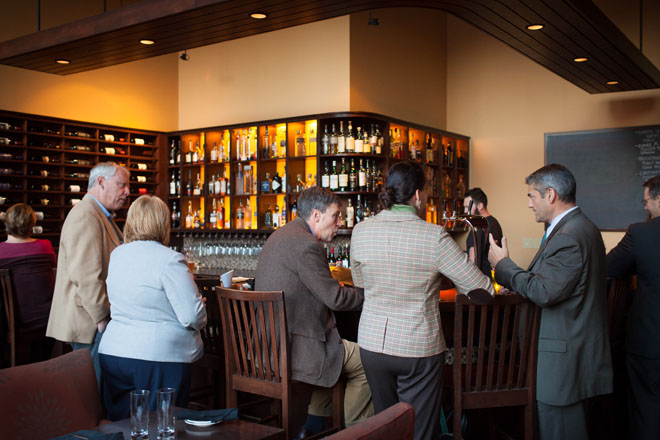 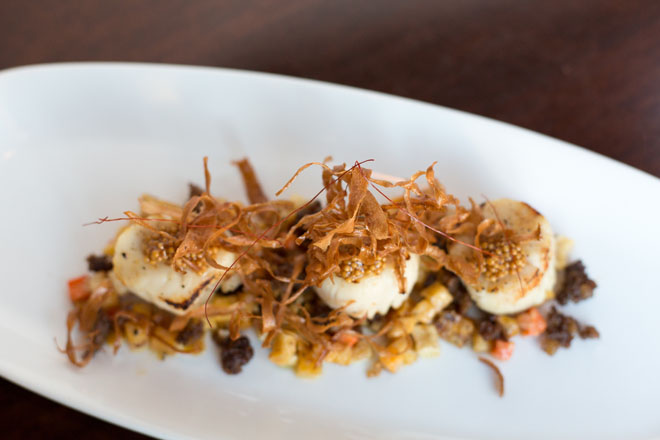 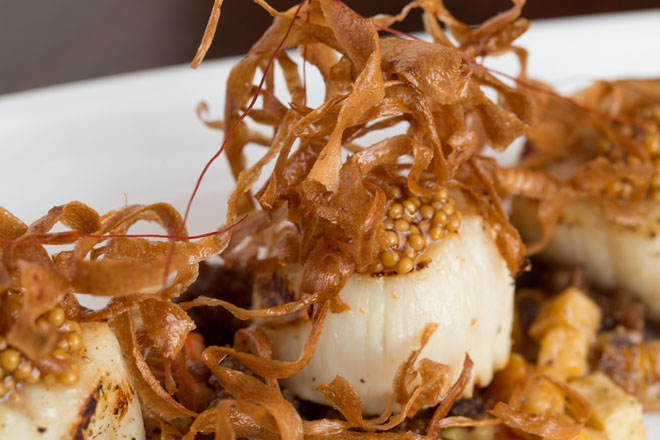 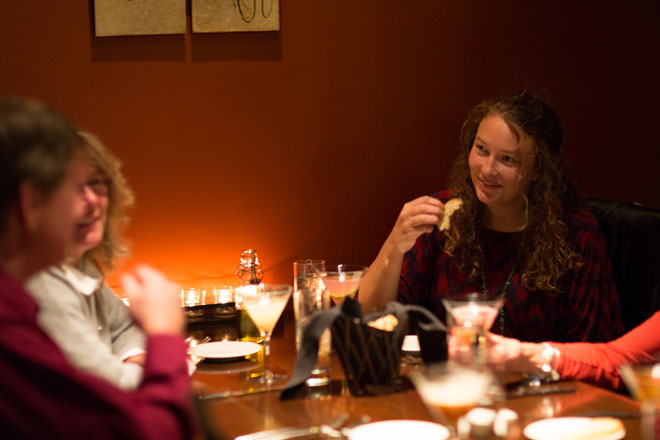 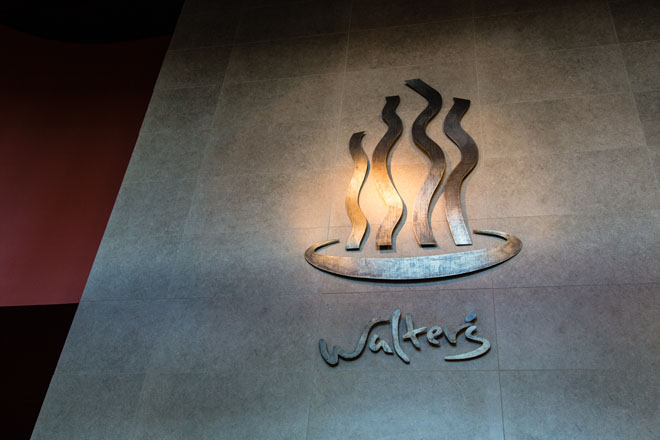 In the excited flurry of hot new restaurants opening in Portland, it is easy to overlook the older standbys, the reliable stalwarts, the favorites. Walter’s is at the top of that list for so many reasons. One of them is chef and owner Jeff Buerhaus. Buerhaus has the calm demeanor of a kitchen veteran—unruffled and relaxed. He’s confident in the niche that Walter’s has carved out for itself and maintains it unswervingly.

The original Walter’s was located on Exchange Street in a more casual setting. Buerhaus purchased it 11 years ago with his wife, Cheryl. It was a popular spot, especially at lunch time, drawing diners in with a menu featuring bountiful salads, sandwiches, and a few entrees. Six years ago, the current space on Union Street became available and the Buerhauses saw an opportunity. “I knew I could raise the bar in this type of space, but not change what people love about Walter’s,” says Buerhaus. “I could bring more of my background and influences and a more sophisticated menu into play.”

At first glance, this newer Walter’s location has the look of a big city establishment, attracting many patrons from the brokerage offices on the building’s upper floors. It’s cool and quiet with dark colors and wood, but the greeting at the door is warm and welcoming, as is the service.

The menu clearly reflects Buerhaus’s style and taste. His mother was an excellent and adventurous home cook whose creativity lit a spark for her son. After some time working in the family business, he decided the kitchen was where he really belonged. He and Cheryl packed up their three children and headed to Florida, where he attended culinary school. A variety of cultures—Caribbean, Asian, and Mediterranean—and Florida’s access to fresh seafood gave Buerhaus the basis for his cooking style. Dishes are a mix of bold flavors drawn from various cuisines and often combined with his New England background. “But they have to make sense,” he tells me. A gorgeous plate of scallops reflects this inspired mix. The sweet seared scallops are served on a “cellar root hash” of roasted carrots, parsnips, and rutabaga, as you might find in any New England recipe. But the vegetables are accented with crumbled merguez sausage, adding a touch of North African spice. It’s finished with tangy pickled mustard seeds and irresistible parsnip crisps. A starter of pork and beans sounds like the essence of New England cooking, but Buerhaus plays fast and loose with the ingredients, using meltingly tender cured and roasted pork belly with a square of browned butter sautéed focaccia instead of traditional brown bread. A light molasses vinaigrette and a three-bean salad tie it all together.

The bar at Walter’s has a lounge feel with comfortable upholstered chairs and small tables just right for holding a couple of items from the bar menu. “These are a little more over-the-top,” Buerhaus says. And he’s absolutely right. There’s Trainwreck Fries, an audacious take on nachos and poutine with lobster or duck confit. Beef or tuna tartare are lighter accompaniments to the outstanding cocktail list. Drew Buerhaus, the owner’s son, is often working behind the bar. He mixes me a Union of Four cocktail using four types of liquers and passion fruit juice. It is one of the most delicious drinks I’ve tasted in a very long time. Wines by the glass and bottle are curated by Cheryl, who has taken on the task with enthusiasm and curiosity. Any bottle (under $100) in the house can be opened with a commitment of just two glasses. Any left over will be offered as a limited special.

One thing I have always liked about the menu at Walter’s is the full disclosure of ingredients. Every dish is described in detail, right down to the garnish. You know what you’ll be getting, no guessing, no worries. And that’s how I feel about Walter’s in general. It’s an old favorite, where the food is always exciting, slightly exotic, and so very appealing.