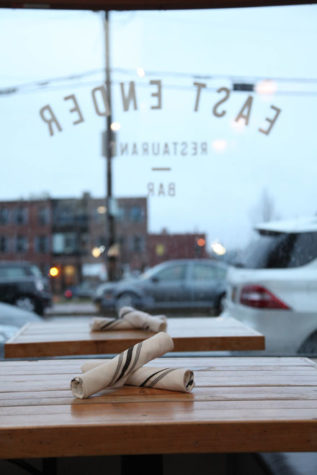 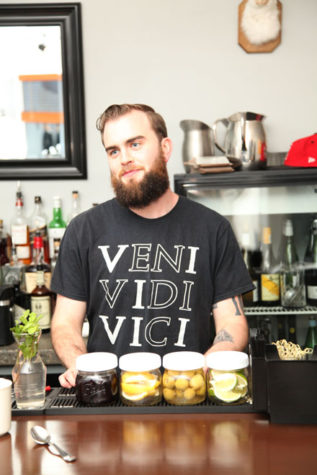 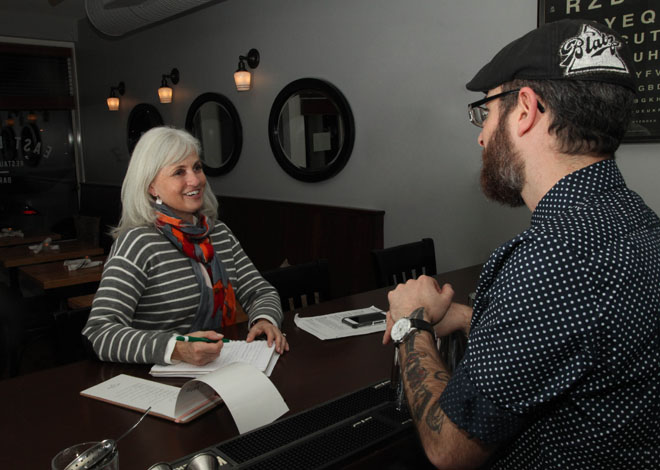 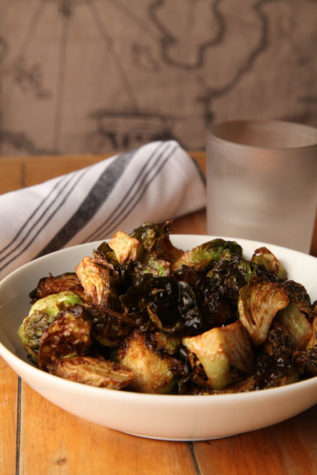 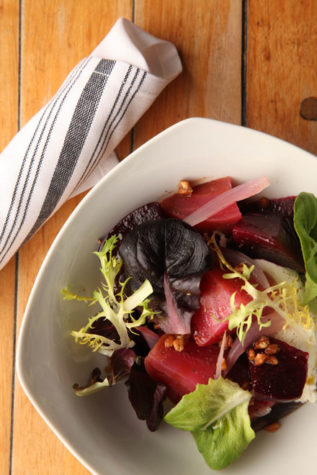 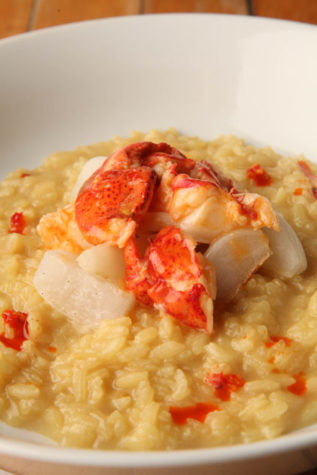 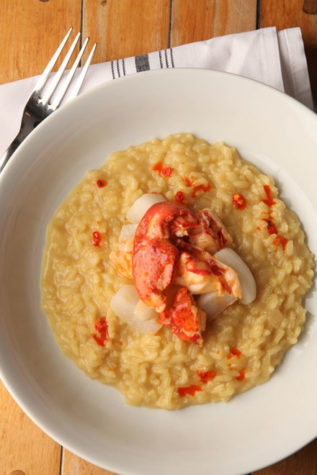 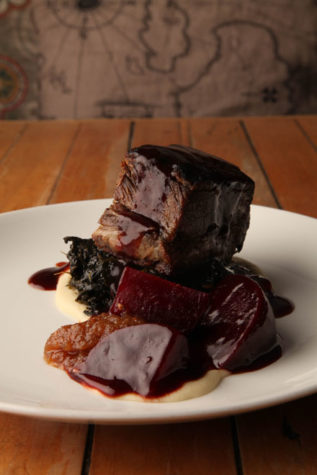 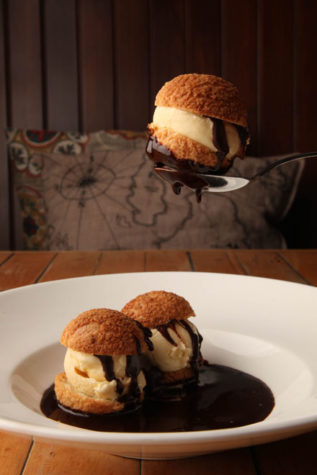 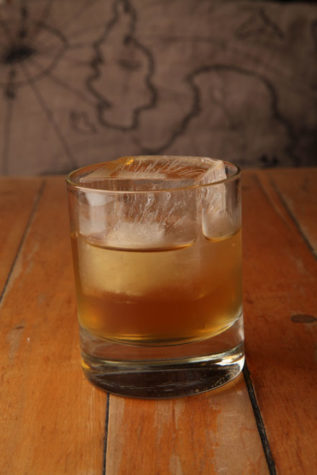 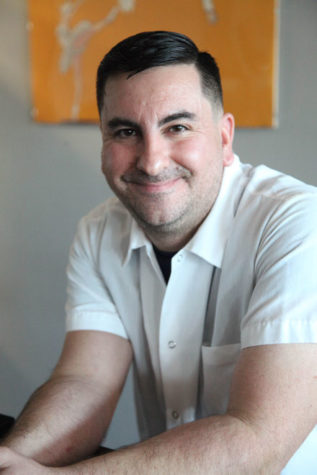 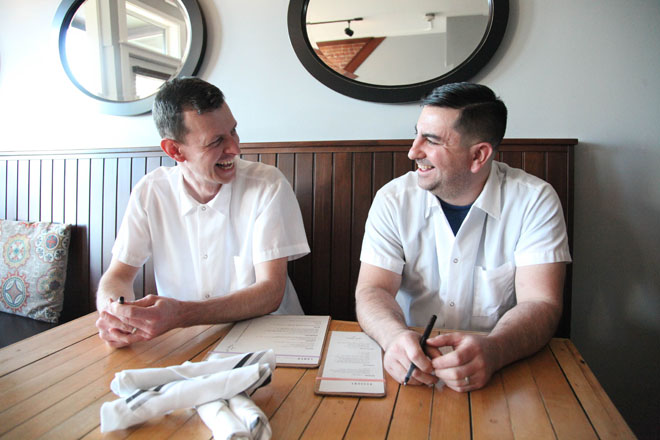 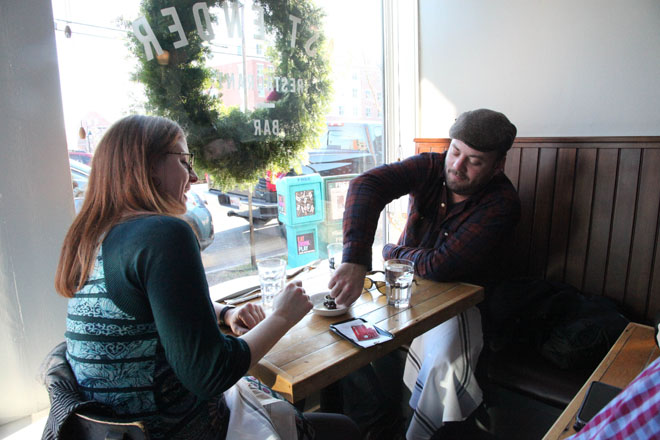 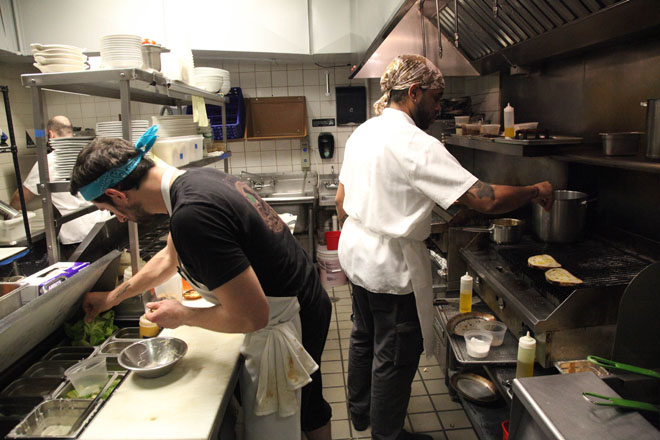 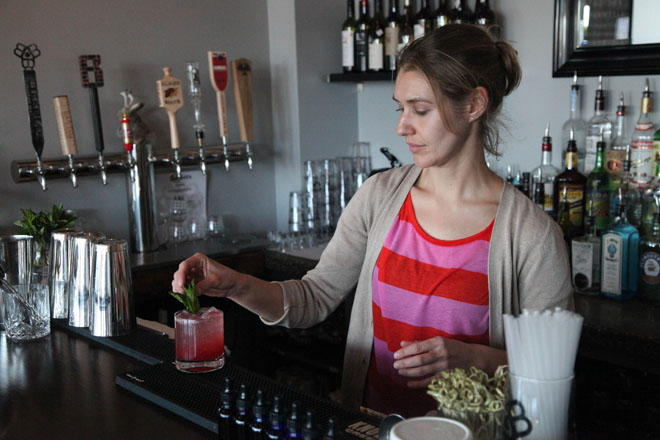 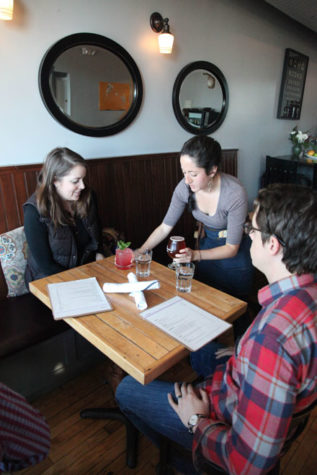 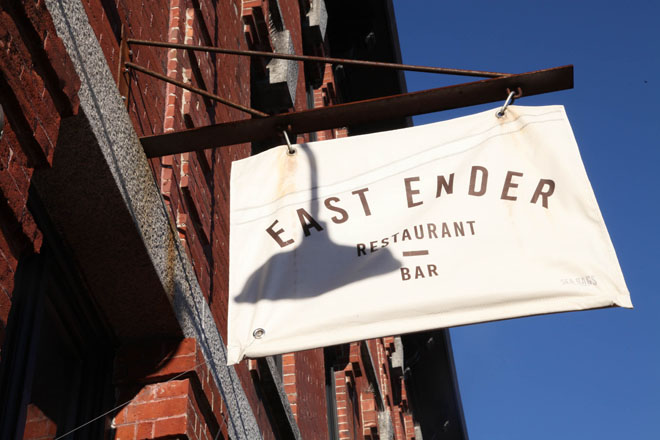 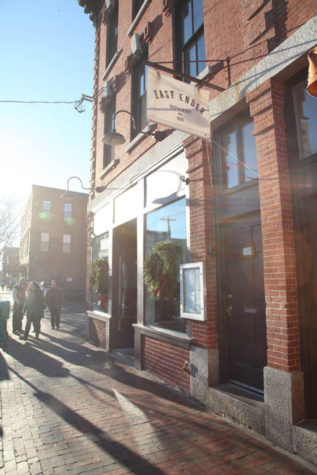 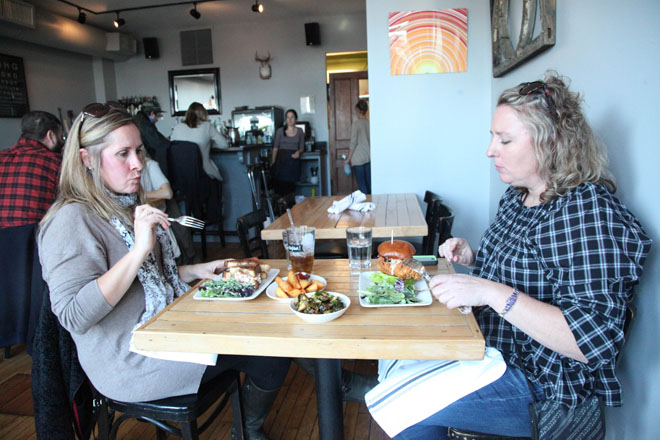 belie their rock star chef backgrounds. There’s no trace of attitude in these two, who have cooked at such highly acclaimed restaurants as Alinea in Chicago and Bouley in New York and locally at Hugo’s and Miyake. Such prestigious resumes rarely result in running a food truck, but that’s exactly what the two did before opening East Ender.

Leavy and Deuben had known each other for many years, occasionally crossing paths in the same kitchens and eventually they both felt ready to strike out on their own. At the time, there wasn’t a space available in Portland that made sense for them, thus Small Axe Truck was born. “It was our take on a food truck and it was a way we could cook our food and make a name for ourselves,” says Leavy. For two years, Leavy and Deuben drove and cooked, often parking at local breweries or coffee shops, building relationships all over town. When the space on Middle Street became available in late 2014, they seized the opportunity to make their brick-and-mortar dream come true.

The casual, two-story space needed little renovation, but it was freshened up with paint and new banquette seating stretching the length of the wall. The second floor is hidden away from the street, and there’s a larger bar, a place for diners to wait for a table while sipping a cocktail (or mocktail, which they dedicate a menu page to). You can even catch a glimpse of the Portland Harbor from this vantage point. The first floor is slightly quieter, spare but comfortable. This is where you’ll usually find Ryan Wilmsmeier, East Ender’s bar manager, expertly mixing cocktails. Tonight he pours me one of his own creations, A Little Help, a very tasty blend of rum, honey, chartreuse, and cinnamon syrup infused with dried orange peel. There’s really nothing I’d rather be sipping on this cold, rainy night. Wilmsmeier likes to experiment with flavor, keeping a small notebook of interesting combinations he’s either read about or tasted. The research pays off. A taste of Wilmsmeier’s own crème de menthe is smooth and velvety, nothing like the artificial, commercially made stuff. It’s a delicious part of a classic Stinger mixed with cognac.

The East Ender menu is full of the items that showcase the prior experience of Leavy and Deuben. A favorite is the Brussels sprouts, fried briefly to a crisp finish and doused with a sharp chili-lime vinaigrette that contains notes of lemongrass. Another dish with Asian flair, inspired by time spent at Miyake, is the house-smoked pork belly sandwich with kimchi and pickled Asian pear. “The food pulls from all cultures,” says Leavy. “That’s really what new American cuisine means.” Risotto is perfectly cooked in lobster stock with saffron and Parmesan then topped with a few rosy pieces of lobster meat. Since opening, due to popularity Leavy and Deuben have added more house-made pasta dishes, such as cavatelli with short rib ragu. French influences make an appearance in smoked and braised short rib over celery root puree. The boneless, fork-tender rib is served with an intriguing blend of pickled vegetables, tomato, and horseradish, a perfect complement to the rich beef. For something lighter, try a bowl of roasted beet salad with toasted farro that is topped with whipped ricotta.

There’s nothing tricky or splashy here, but there is an obsessive attention to detail. Both chefs credit what they learned at Hugo’s to contributing to their current philosophy. “We make sensible food that tastes good,” Deuben says simply. “Nothing is overlooked.” Leavy also picked up some excellent baking skills during his time at Hugo’s and he shows them off at dessert. His profiterole with salted peanut ice cream and fudge sauce is heavenly. You’ll probably plan to share, a decision you might regret later when you want it all to yourself.

With their carefully crafted menu, informal atmosphere, and range of dining experiences from casual lunch to happy hour snacks to dinner with drinks, East Ender has garnered national attention. They were named by Bon Appétit as one of the country’s 50 best new restaurants of 2015. “We’re evolving constantly, adding elements, and always trying to make things better,” says Leavy.