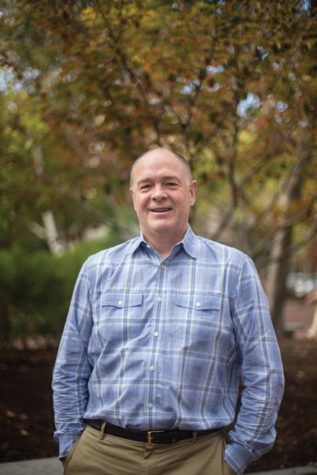 Dr. F. Lincoln Avery is an orthopedic surgeon and the division leader of sports medicine at Maine Medical Partners Orthopedics and Sports Medicine. A former collegiate ski racer, he is a physician for the U.S. Ski Team and has traveled extensively with the mens and womens Alpine World Cup and Olympic teams.

Although you are a surgeon, you dont rely only on surgery to help people.

What was the appeal of sports medicine for you?

I understood it because I was an athlete. I was a collegiate skier, so winter was important for me. I also did baseball, football, and a lot of cycling. Im still active with skiing and on ski patrol. More importantly, I find great satisfaction in helping people: getting somebody back to the level of competition they had been in, or even a higher level than before they were injured. The smile on that persons face and shaking their hand at the final visitthats what makes me go to work every morning.

Do athletes at higher levels of competition, like those on the U.S. Ski Team, have different injuries than the rest of us?

Thats a complex answer. Ive been traveling with the U.S. Ski Team since 1989 and the level of science has increased to the point that these athletes are just in tremendous shape. They are conditioning and working out year-round. They take it seriously, male and female, across the board. Thats frankly why the United States has been such a power in skiing in the last decade. The problem with that is theyre now competing at such a high level of speed and efficiency that when they do get hurt or when they crash, its usually a bad injury.

Weve had some success with Olympians coming from our state, which is interesting considering that we have a relatively small population. What do you attribute that to?

Skiing is difficult in the East. Theres a lot of ice, a lot of conditions very similar to what racing is like all the time. I think part of it is just being exposed to some really good performance-related mountains locally. Youre dealing with adversity, weather, and conditions. New Englanders have a little bit of chin up hardness. Its not just the athlete, its the whole family saying, OK, we all need to get behind you to make things happen. I think that thats some of the Maine spirit: the family unity and the sense of really protecting whats around you and trying to achieve your goals.

What do you hope to see happen in the field of sports medicine?

Theres so much exciting research going on. With what we call biologics, youre recreating structure either through stem cells or bioengineering. Instead of using, for example, a cadaver graft to replace an anterior cruciate ligament (ACL) in the knee, youll be using a form of silk that is impregnated with a bioengineered collagen- producing virus. You make an ACL without having to rob Peter to pay Paul. Its stronger than a native ACL and has better qualities. I would not be surprised if in the next 20 yearsjust as weve seen in cardiology where things have gotten progressively less invasivethere may be a shot that you can get to create a new ACL or regrow a joint surface. Total joint replacements may be a thing of the past. This is where all the really exciting stuff is happening.