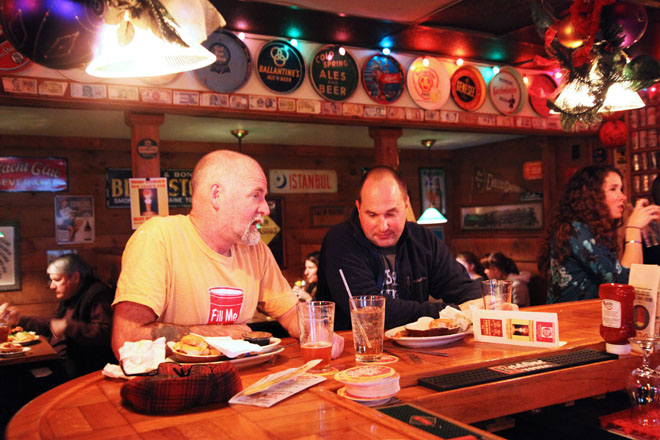 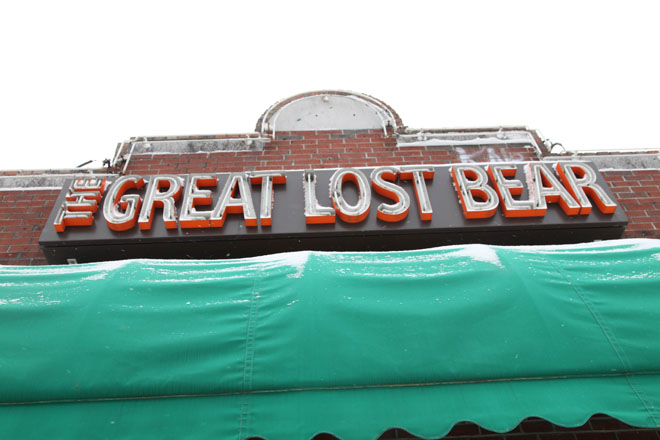 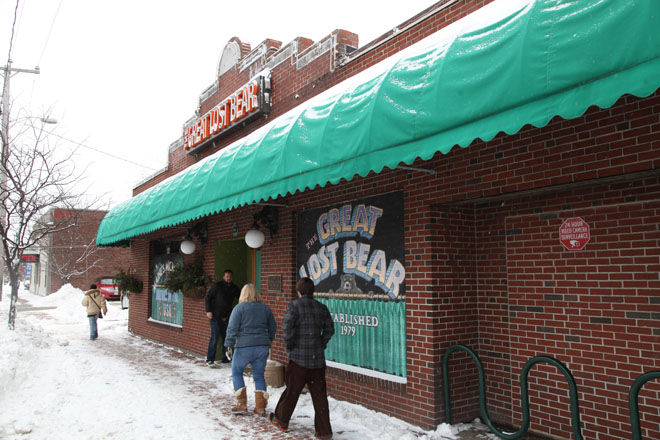 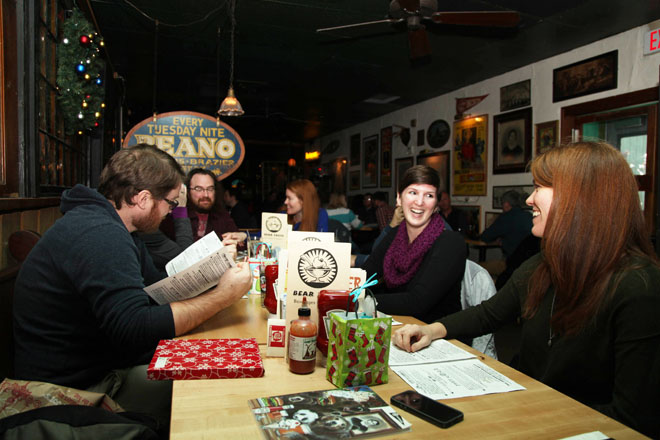 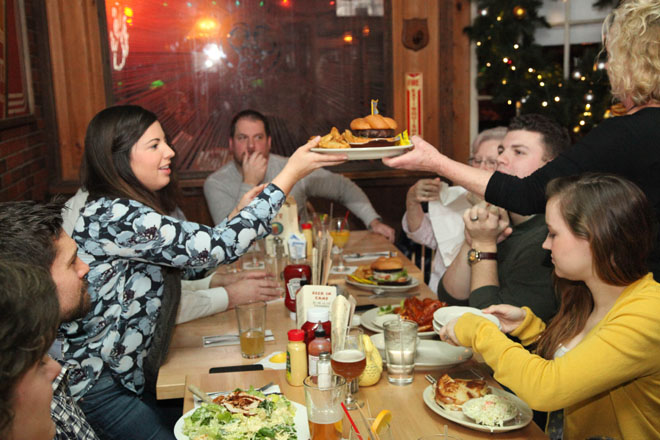 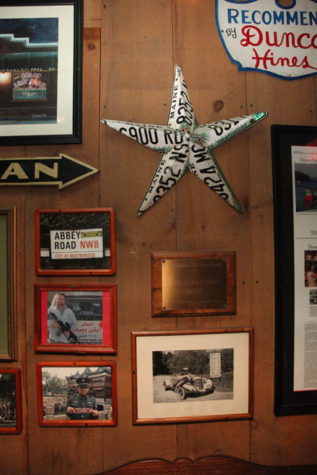 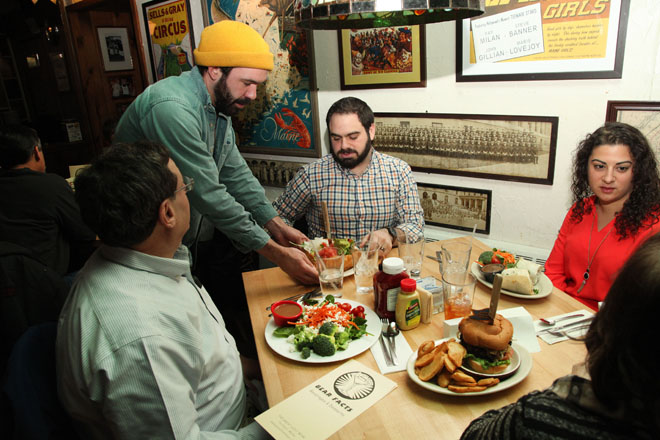 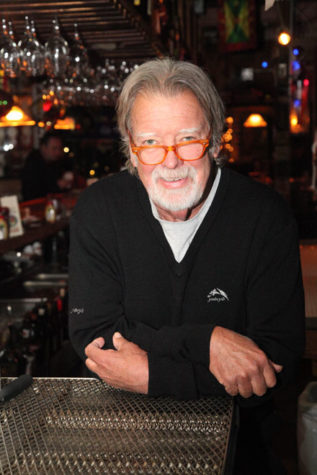 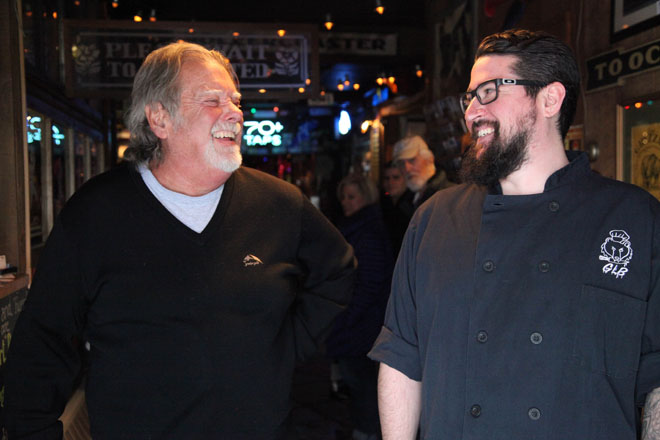 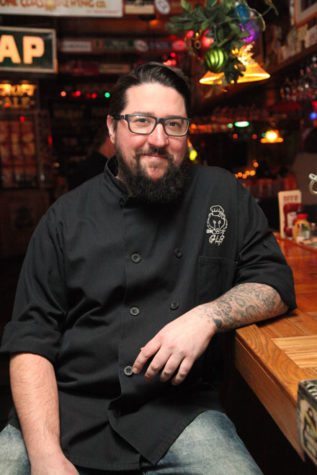 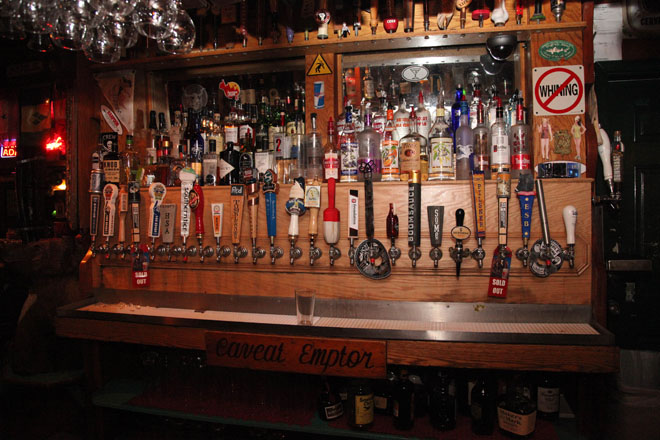 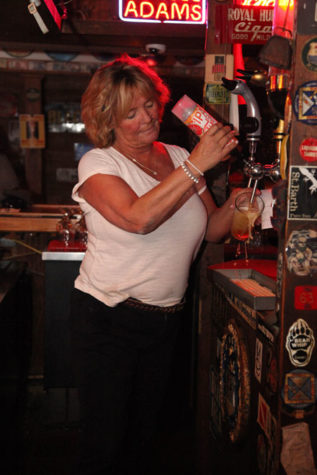 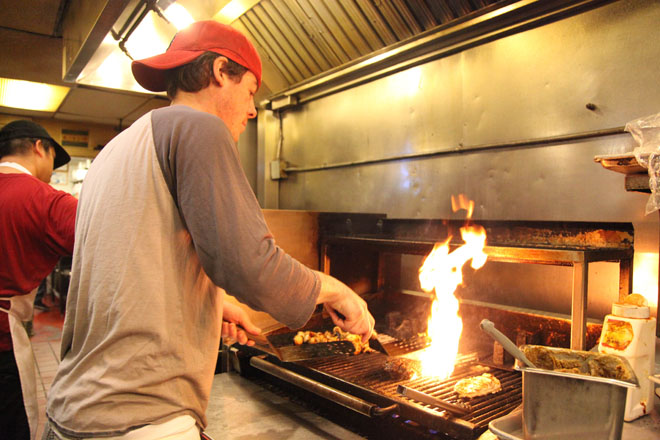 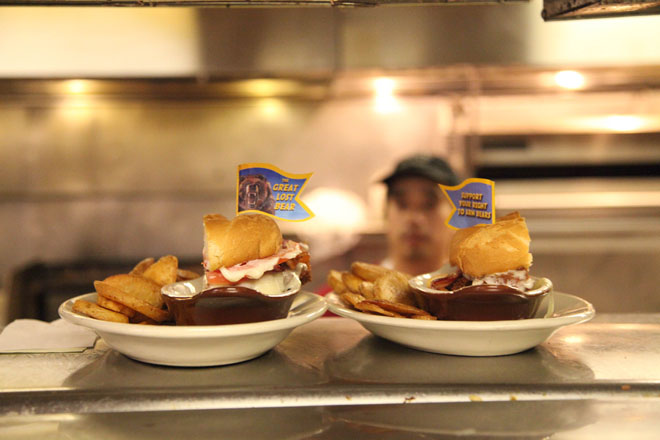 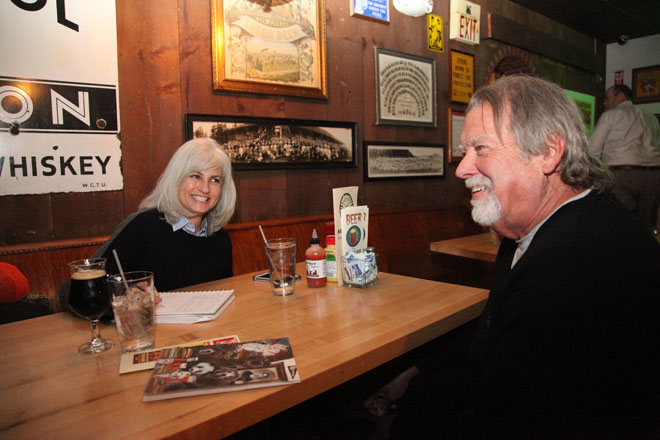 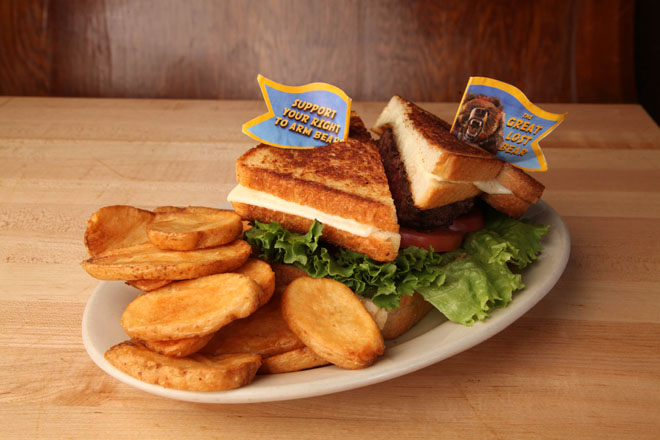 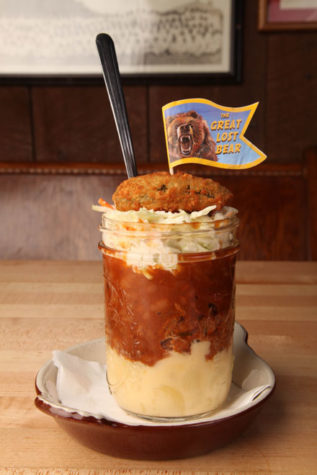 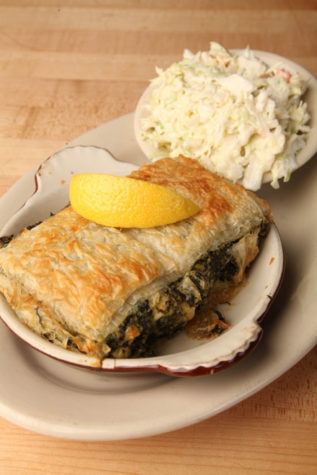 Decades before Portland became the culinary hotspot it is now, Dave Evans, his wife Weslie, and his cousin Chip MacConnell bought a rock club called Bottoms Up on Forest Avenue. Before the purchase, they had been enjoying life in Mount Washington Valley, where they spent their days skiing and their nights working in restaurants. But all that activity made them hungry for their own place. “We had skied all we could ski,” says Evans. “We were ready to have our own restaurant and Portland seemed like a place where we could make a living.”

For 18 days they slept on the floor of Bottoms Up and worked to reopen the space as a casual restaurant with a “hippie-dippy” menu, as Evans describes. They culled ideas from places they had previously worked like the Red Parka Pub in Glen, New Hampshire, and places they visited such as Horsefeathers Restaurant in Conway, New Hampshire, and the late Carbur’s in Burlington, Vermont, all spots known for their big, eclectic menus. They took the best of all their ideas and on June 18, 1979 opened The Great Lost Bear. Not a single customer came that first day.

It took time to gain their footing, but now, 37 years later, the Great Lost Bear is an indisputable favorite of many. Today at lunchtime, large groups of guests move tables together and pull up extra chairs. The atmosphere is upbeat, with the sound of laughter and friends enjoying time together during the holiday break. The room is filled with vintage memorabilia, foraged and found by the Dave and Weslie over many years. There’s a wall-mounted taxidermy bear head in one corner, and colorful posters, signs, maps, and random objects cover every inch of the walls.

The menu, a big six-panel fold out with artwork by Weslie, has evolved over the years, but not much. It can best be described as bar food with standbys like wings, burgers, nachos, and sandwiches. But chef Chris Milligan emphasizes, “almost 100 percent of the menu is made from scratch with high quality ingredients, including seafood from Harbor Fish Market and bread from Big Sky Bread Company.” A crew of worker bees takes over a separate prep kitchen all day, providing the necessary components for the line cooks to quickly turn out dishes from the expansive menu. “Burgers have always been hugely popular,” Evans says. The chef appears with the Almighty Cheesus Burger—a thick, certified Angus beef patty, cooked perfectly medium rare, and placed between two grilled cheese sandwiches along with lettuce, tomato, and pickles. Two hands and a large appetite are definitely required.

Smaller sized, but no less decadent is the BBQ Hot Mess. Mac and cheese, pulled pork, baked beans, and coleslaw are layered in a glass jar and topped with a jalapeno popper. Dig deep to get all the goodness on one spoonful. Vegetable lovers have plenty to choose from, including a hearty square of house-made spanakopita, vegetarian Reuben, vegan chili, and portobello mushroom burger.

If all this food is making you thirsty, no problem. The Great Lost Bear has 78 beers on tap. “We use every inch of space we can,” says Evans. The beer list changes every few days, but at least 40 are from Maine, including Allagash, Maine Beer, and Rising Tide. “And we sell more Bissell Brothers than any other place in town and more Allagash than any other bar in the world.”

People tend to stick around the Great Lost Beer, and Evans is clearly proud of his legacy employees, the children of previous employees, who now work at the restaurant. Currently, there are eight legacies. “It’s the same with customers,” he says. “They first came in as kids, now they bring in their kids.”

These days Evans and his wife enjoy traveling to places like Thailand and Aruba. They’ll bring back new menu ideas, like the chicken wings with Thai peanut and sweet chili sauce. He retired from working in the kitchen six years ago, but he’s still at the restaurant most days. “There’s still a lot to do,” he says, looking around, happy in the knowledge he’s created a Portland institution.