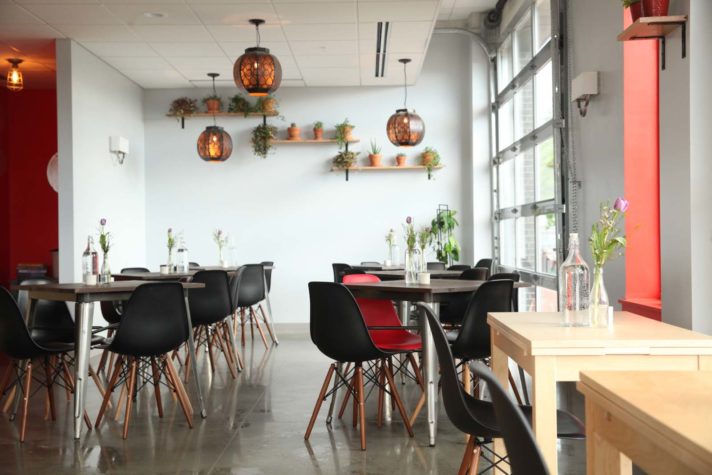 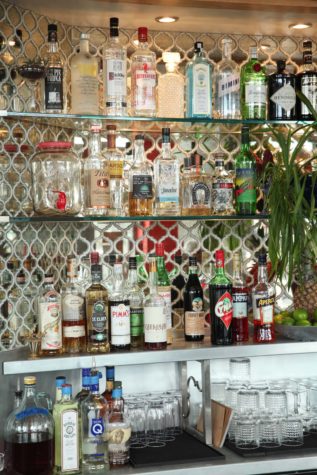 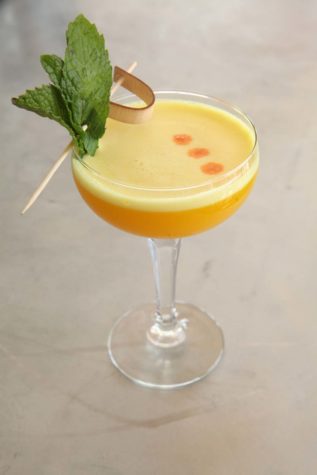 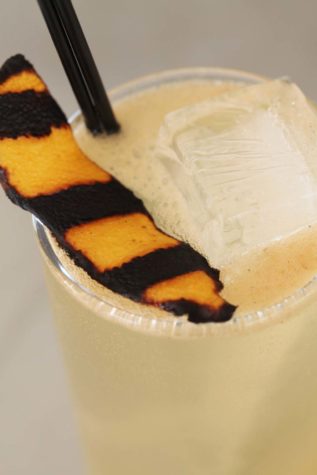 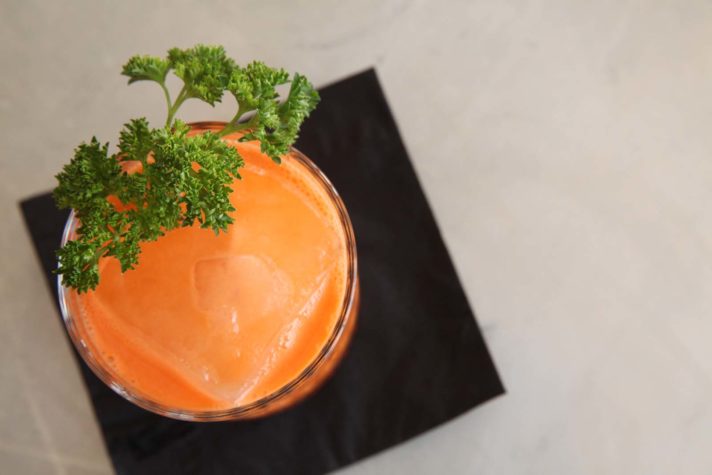 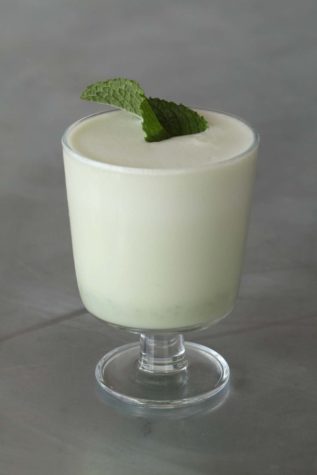 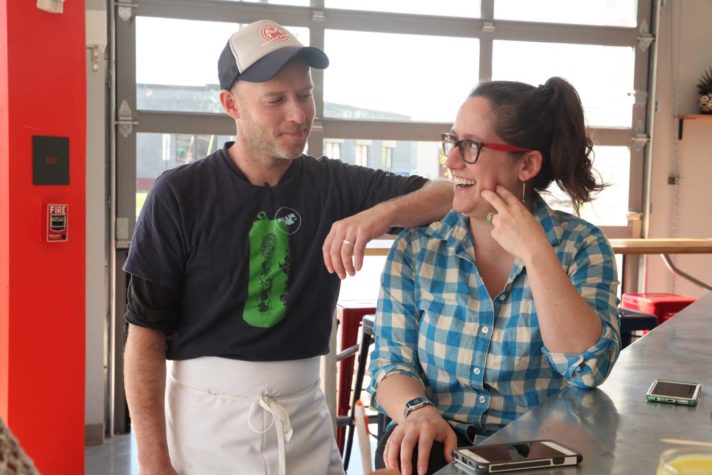 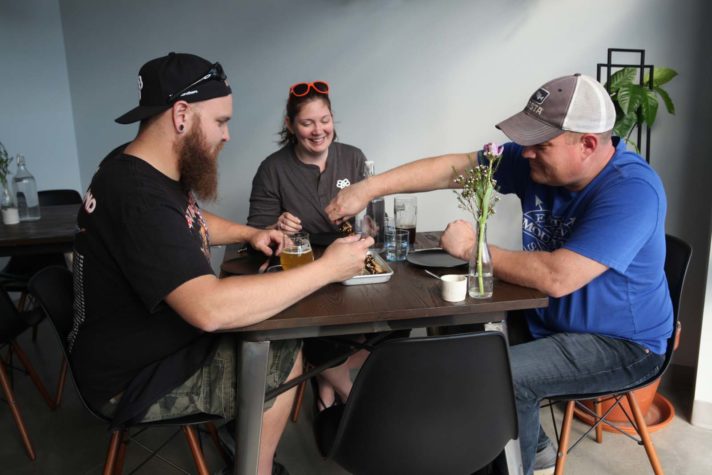 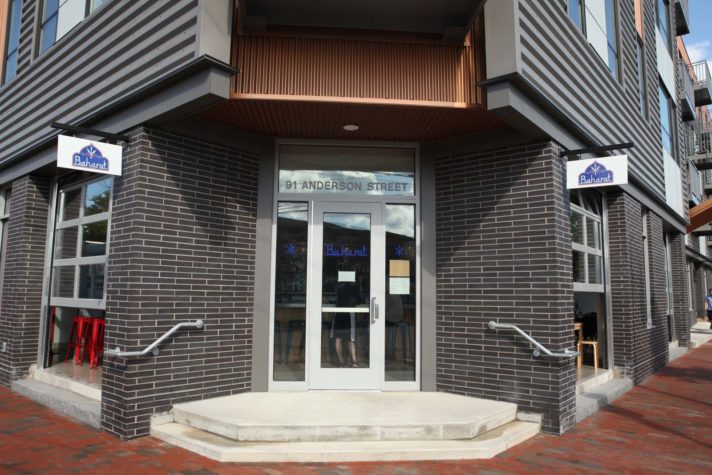 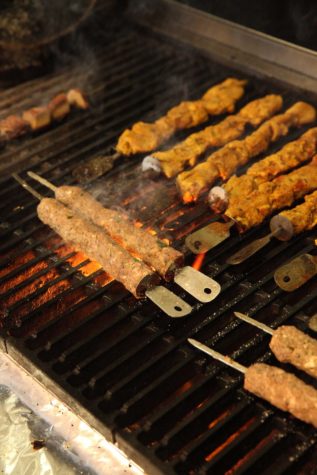 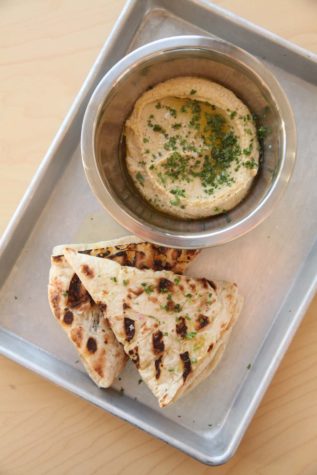 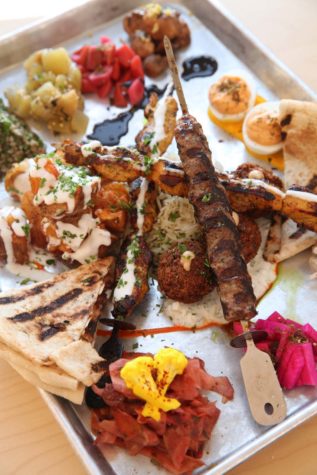 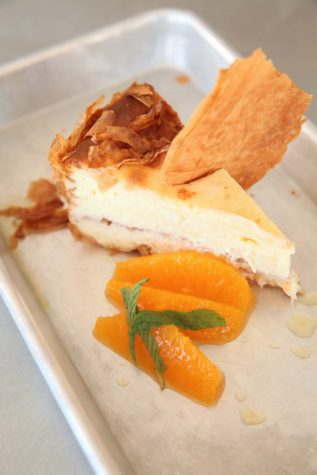 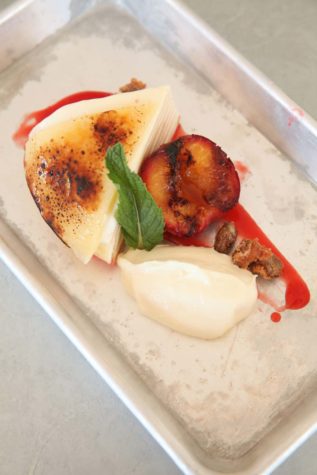 On the corner of Anderson and Fox Streets in East Bayside, in full view of a spectacular mosaic installed on a building across the street and just a stone’s throw from Rising Tide Brewing Company, is Baharat. It suits the neighborhood beautifully, not just as a mecca for crazy-delicious food and drink but also as a place that’s very much aware of its neighbors. This is a neighborhood in transition, with places like the brewery, Coffee by Design, and Tandem Coffee setting up shop next to older, more industrial businesses. It also has a substantial immigrant population, many coming from Africa and parts of the Middle East.

Jenna Friedman and Clay Norris own Baharat, which specializes in Middle Eastern cuisine. They first built a reputation with a food truck, CN Shawarma, offering heavenly falafel, addictive fried potatoes, and shawarma—spiced meat cooked on a vertical spit and tucked into pita bread. “It was always our plan to have a bricks-and-mortar place. We just thought it would be a little further off,” says Friedman. “We hadn’t really thought about opening in this neighborhood, but we were approached by the owner of the building, and it made sense for us.” She continues, “We have a growing number of immigrant customers. The purveyors we buy from help spread the word, and they’ve been a wealth of knowledge.” Friedman shops for authentic ingredients, including halal meats, at Sindbad, an Iraqi market on Forest Avenue. Fresh naan bread is purchased every day from Ameera Bread, a Middle Eastern bakery also on Forest Avenue. “It’s very important that everyone is welcome here,” says Norris.

The couple opened Baharat (which translates to “spices” in Arabic) last March and have been busy from the start. “The interior was Clay’s vision,” says Friedman. They did much of the work themselves, with the help of contractor Steve Bassett and some carpenter friends. The look is clean, uncluttered, and cheerful, with a few touches that reflect the Middle Eastern concept. “We have a mild to medium sword theme,” says bar manager Arvid Brown of the crossed swords and fork logo. Norris previously cooked in the New York area and would hungry at the end of a long night. He sought out the cheapest, tastiest food he could find, and most often that was from a falafel cart, sparking an interest in Middle Eastern food. An Egyptian chef he worked with taught him about ingredients like harissa and preserved lemon. “He told me, ‘Don’t be afraid of using them for anything,’” Norris says. He also cites Abby Harmon, formerly of Caiola’s, where he also worked, as a big influence on his cooking. Harmon trained sous chef Hannah Mathewson as well.

“We start with traditional concepts, and then put our own twist on them,” says Norris. Baharat’s menu is concise, offering the greatest hits from the food truck and some additions made possible by a larger kitchen. You can order mezze (snacks), kebabs, and sandwiches such as falafel and lamb kofta. Our suggestion: cut right to the chase and order the All In plate. Served on a large metal tray, the All In is a rotating selection of nearly everything on the menu: kebabs, spreads such as hummus and baba ganoush, pickled vegetables, rice, dips, and much, much more. The deviled eggs are creamy and a bit spicy from the addition of harissa. House fries are chunks of russet potato, parbaked and fried to order, with a tangy garlic sauce. Around the edge of the tray, you’ll find a variety of salads, including tabbouleh made with extra coarse bulgur, a Moroccan carrot salad, and pickled cauliflower. The hummus is wonderful and fragrant with the flavor of house-made tahini, served room temperature, as it should be. Use the grilled, chewy bread to scoop it all up. “It’s a fun way to eat with friends,” says Norris. “In the Middle East, it’s all about shared dishes. We’re trying to mimic that.”

Oftentimes the first person you encounter at a restaurant is the bartender. At Baharat, fortunately, that person is Brown. He’s the former owner of Fishin’ Ships food truck and shared a prep kitchen with Norris and Friedman. They also shared schedules, often going to events together. “Brewers became such an integral part of our story,” says Norris. “Without them, it would have been a rough start.” As a way to show their gratitude, the four tap lines at Baharat are dedicated to their food truck’s four most frequented breweries: Bissell Brothers, Foundation Brewing Company, Austin Street Brewery, and Rising Tide. “Breweries are food truck friendly, because they don’t serve food, and food trucks don’t serve booze,” says Brown. But now that the business has a permanent home, Baharat has established an expansive and innovative cocktail program. Brown holds sway behind the beautiful zinc bar, artfully mixing up specialty drinks that use many of the same ingredients found in the kitchen. A new summer cocktail menu includes the golden-hued Curcuma Sour, a blend of rye, Strega (an herbal liqueur), cucumber, citrus, and turmeric. The Garden Party, with curry leaf-infused gin and carrot juice, has an earthy, vegetal sweetness. And the Charred Lemon Collins is a bubbly summer refresher, with gin, vermouth, and lemons grilled until sweetly caramelized. Brown is slowly expanding the cocktail list, experimenting as he goes with technique and fresh flavors. “We’re lucky to have such a talented bartender,” says Friedman.

With summer here at last, the big garage-style doors of the restaurant can be rolled up, and the sights and sounds of the neighborhood can become part of the ambiance. Baharat is a happy place to be—and a very happy addition to the area. 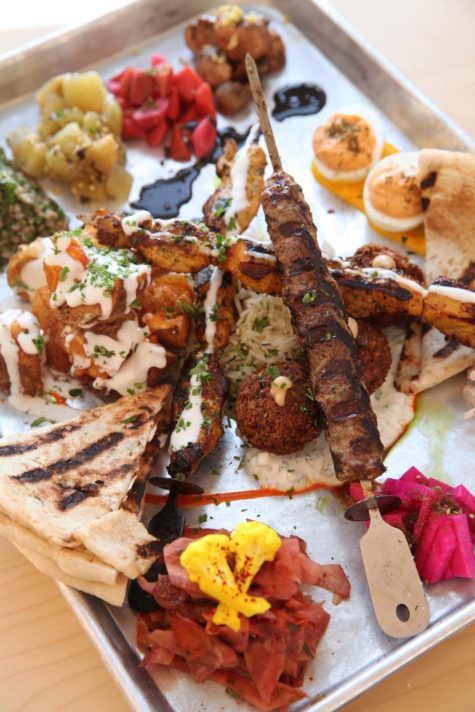 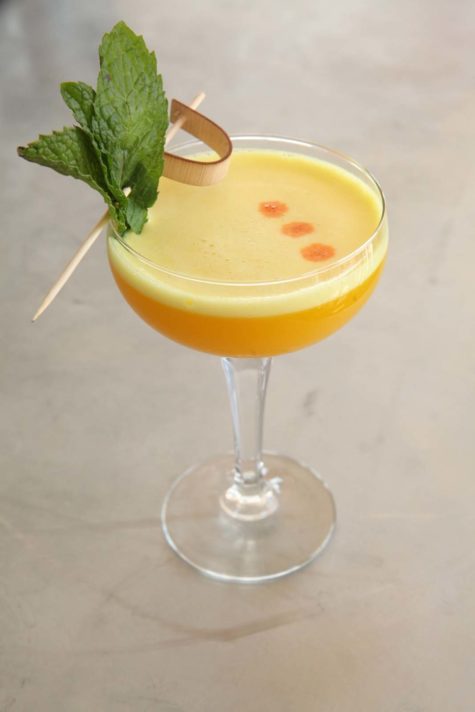