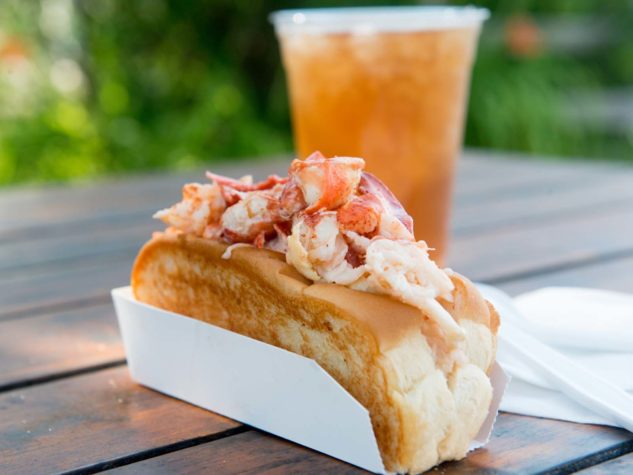 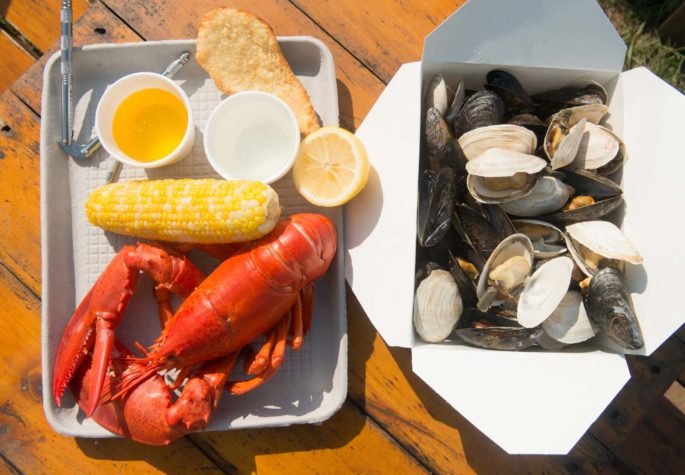 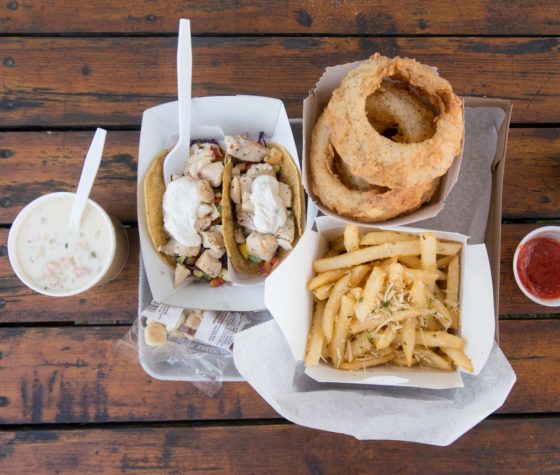 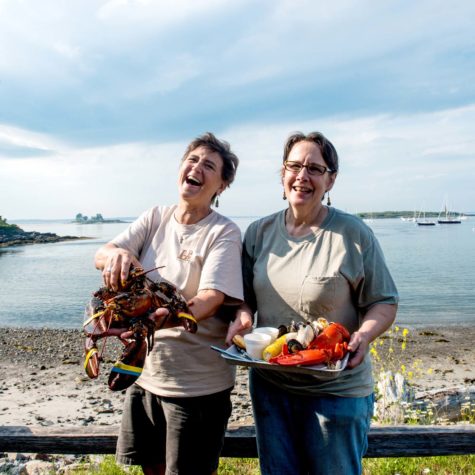 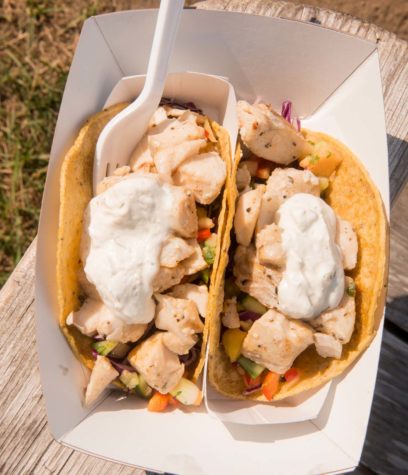 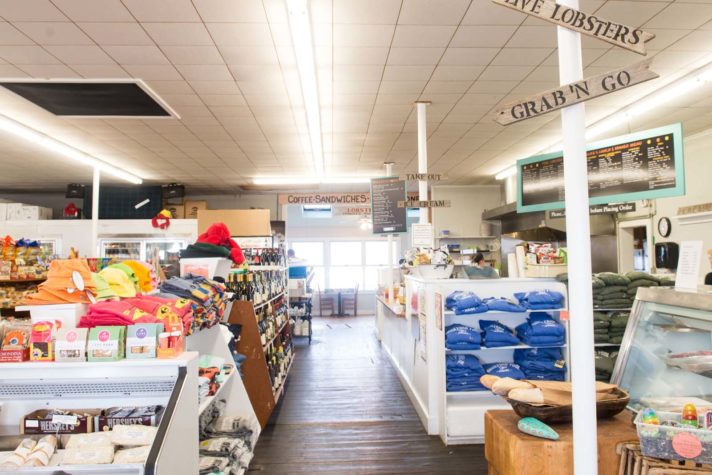 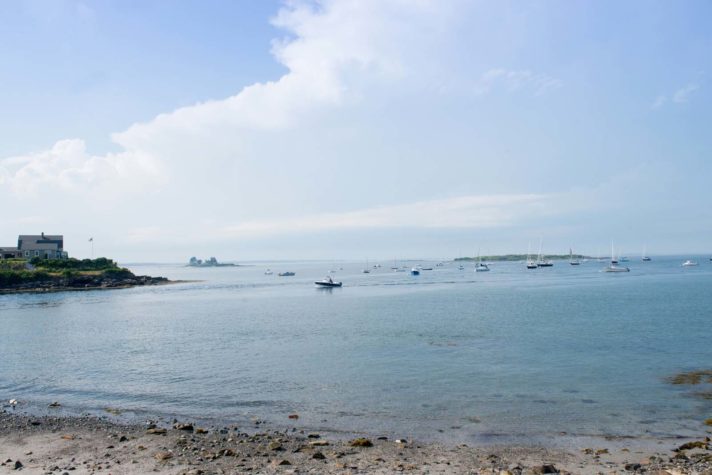 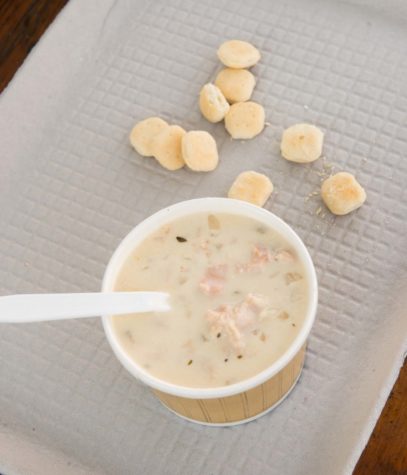 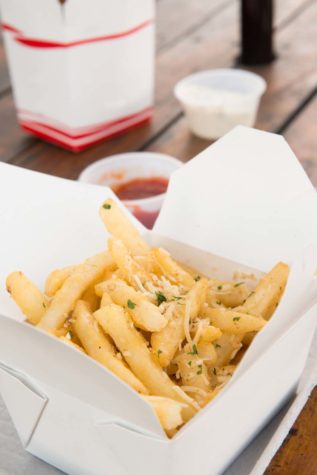 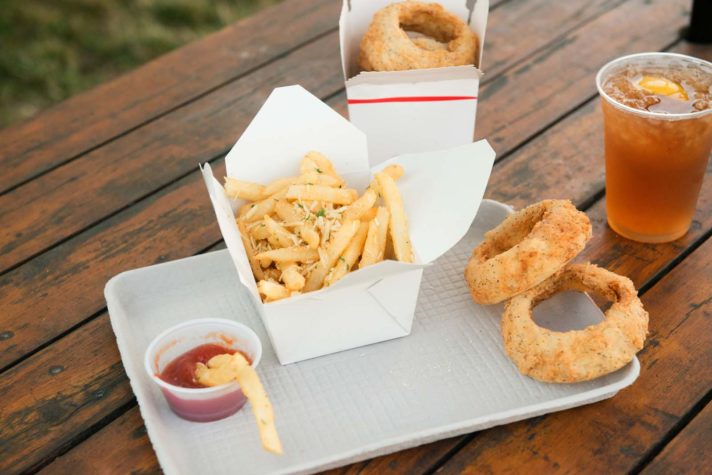 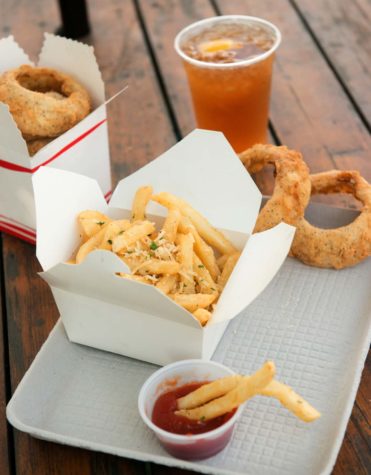 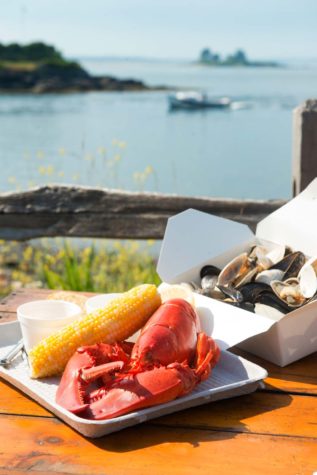 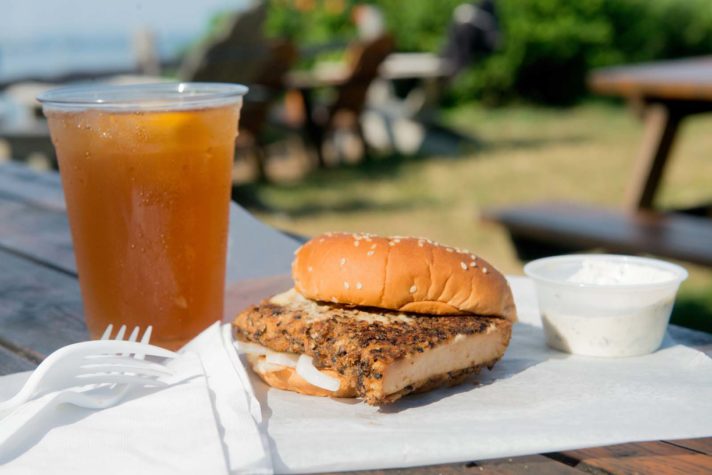 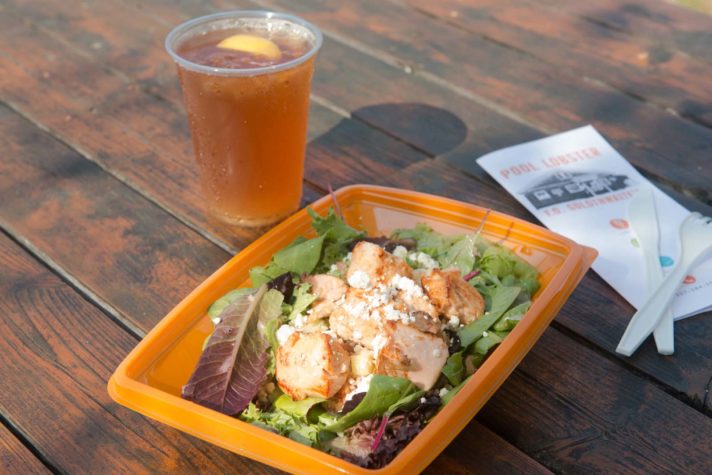 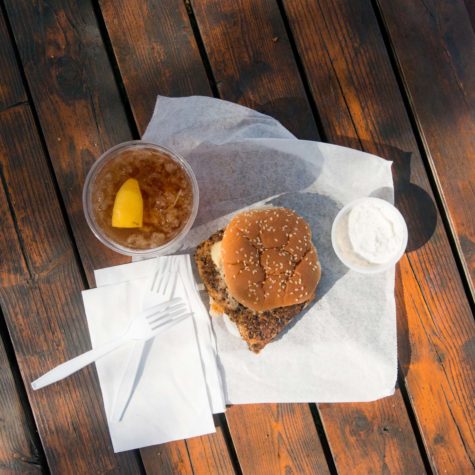 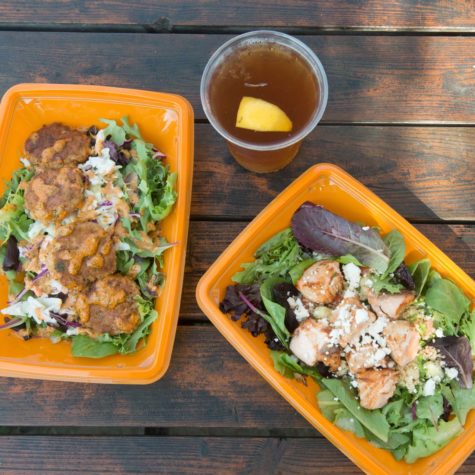 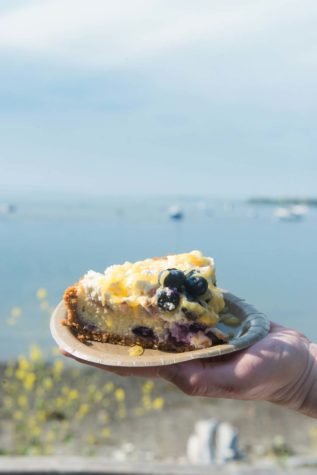 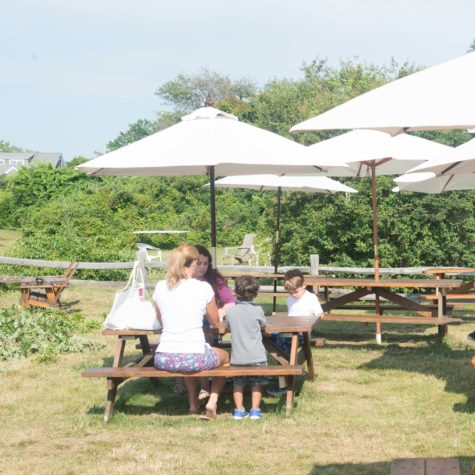 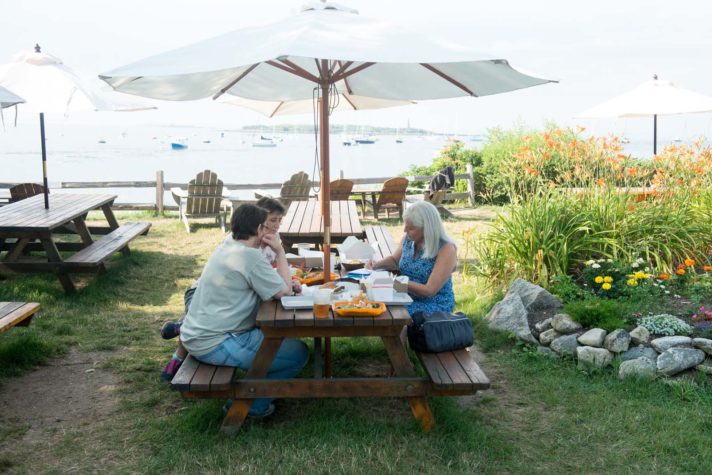 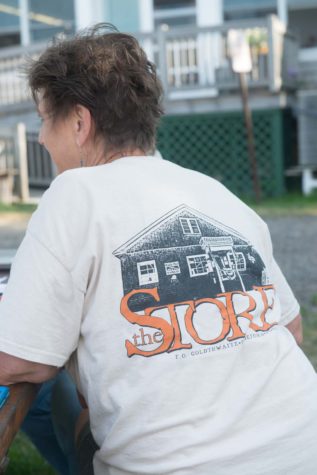 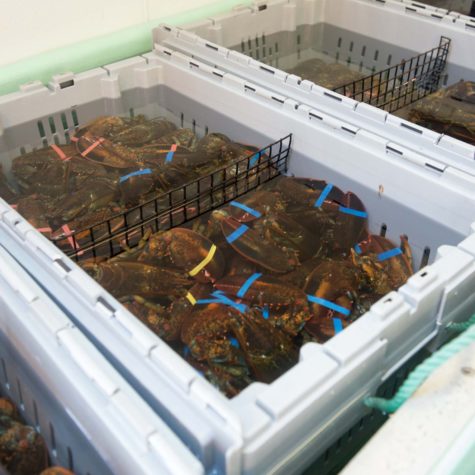 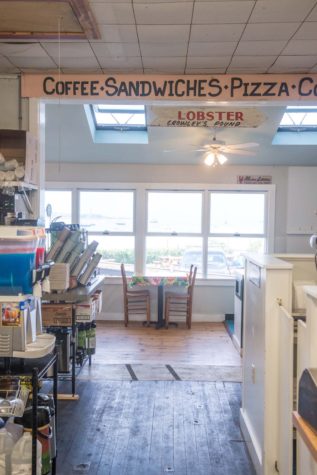 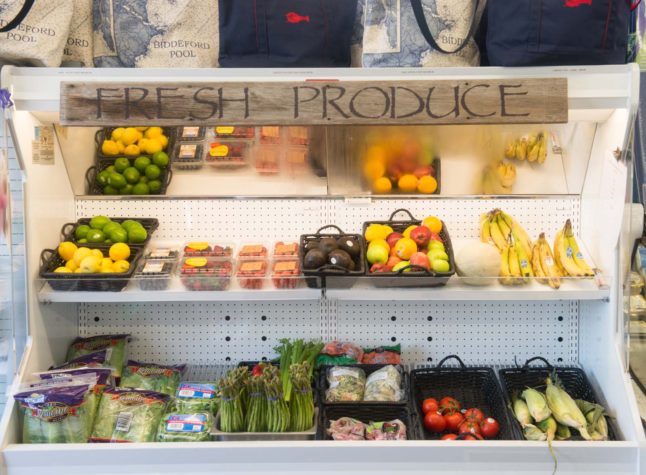 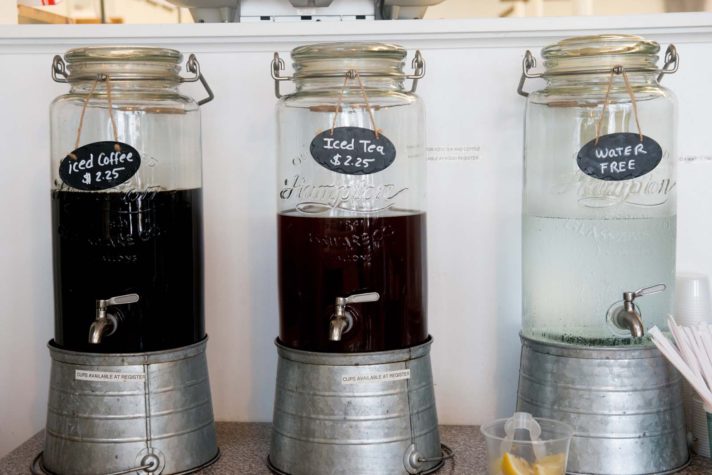 There’s no shortage of seaside lobster shacks in Maine, but Pool Lobster is much more than that. The store/restaurant serves as a gathering spot for the Biddeford Pool summer people, all day long from Memorial Day until Labor Day. The Biddeford Pool area was once a fishing community, but it now attracts second-home owners and visitors from all over the country seeking a laid-back Maine experience. Pool Lobster is the kind of place you head to in the morning to grab a newspaper, cup of coffee, and freshly baked muffin. Sure, you could return home, but you might want to head for the backyard. Walk past the piles of custom-designed T-shirts (a new one every year), the fine collection of wines and local delicacies, the case selling fresh fish, and the ice cream counter to the lawn in the back, where you can settle into one of the Adirondack chairs and take in the expansive view of Saco Bay, islands, and boats putting in and out of the Pool. There’s a well-tended garden of tiger lilies and lots of picnic table with umbrellas, too.

Beth Baskin and Ada Goff have been a part of this little slice of heaven for the past 20 years. Baskin had spent time here as a child, but the couple, who are also business partners, moved from Atlanta to purchase what was then just a small lobster shack across the street. “The store has been here since 1898, and we convinced the owners to let us bring the food service part over there,” says Baskin, as we sit at one of the picnic tables. “We expanded from there.” Goff chimes in, “It’s definitely a tradition here. There are people who come in and point out where there used to be a candy counter and a soda fountain.” Baskin is an accomplished cook, having owned a restaurant in Atlanta. She brings her experience to Pool Lobster’s menu, reaching far beyond typical lobster pound fare. “Fancy” chowder was one of the first items to be developed, and it’s gained a reputation as a must-try item. She makes it fresh nearly every day, in a style that’s a little more upscale than a traditional, thicker chowder. It’s heavier on clams than on potatoes, and spiked with fresh thyme. A combination of cream and half-and-half gives it a luscious, rich consistency. The fact that it’s not as filling as a traditional chowder leaves plenty of room for the possibilities that come next. The lobster roll is a classic, with a buttered and toasted bun and no more than a touch of mayonnaise. The meat—claw, knuckle, and tail—is freshly picked each morning. If you love onion rings, do not miss these: double dipped in buttermilk, hand breaded, and seasoned with “a closely guarded secret spice mix.” The thick rings belong alongside any sandwich (or salad) at Pool Lobster. The cracked pepper swordfish sandwich, served with a creamy mustard sauce that nicely offsets the spiciness, and a grilled salmon BLT are updated spinoffs from Baskin’s Atlanta restaurant. “It’s important to have variety on the menu,” she says. “Some people eat lunch here five times a week.” That’s why you’ll also find items like fish tacos, served on locally made corn tortillas. Marinated and grilled chunks of haddock sit atop a fresh ginger fruit salsa, made with lots of lime. “It’s a really refreshing summer salsa,” says Baskin. Lobster tacos and salmon tacos, each with its own type of salsa, are also available. This year they have expanded the menu to include more salads, too, like the very tasty crab cake salad with a zippy, house-made remoulade and a grilled salmon salad with lots of fresh greens. “We’re still a lobster shack,” says Baskin. “We don’t want to lose our identity, but our clientele appreciates having some healthy dishes and more options.” Baskin often offers menu specials, but you’ll always find all the lobster shack standards. The hearty “Maine-on-a-Plate” includes a whole lobster with corn on the cob, steamers, mussels, and garlic bread. There’s fried seafood of all kinds, as well. The wide variety of dishes and the thought that goes into creating them sets Pool Lobster apart from the pack.

Back inside, which many still refer to as Goldthwaite’s or simply “the store,” locals are greeting each other and picking up a few essentials. The refrigerated case holds ready-to-eat foods, prepared by local chef Christiane Hennedy, who has had the honor of cooking at the James Beard House in New York. “We feel really lucky to have her,” says Baskin. Big bowls of honey-fried chicken and yakisoba noodle salad look tempting.

When the busy season ends, the couple looks forward to “acting retired,” taking it easy, and enjoying the quiet. “Living in Maine is the fulfillment of a dream,” Baskin says. Goff, who had never spent time here, was reluctant at first but now says, “I love it here. I can’t imagine anything else.” 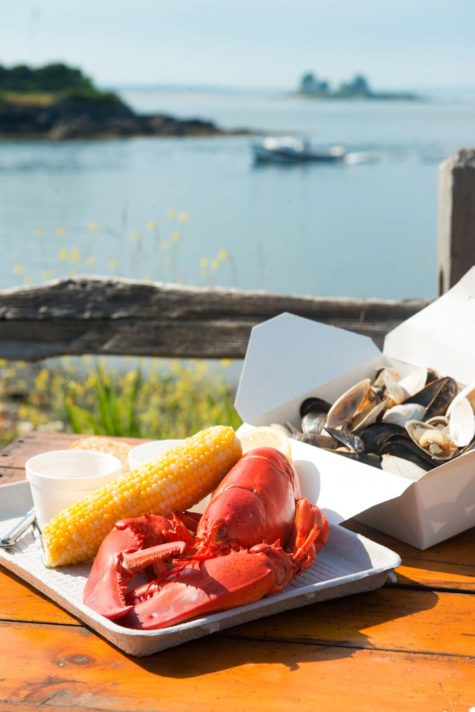 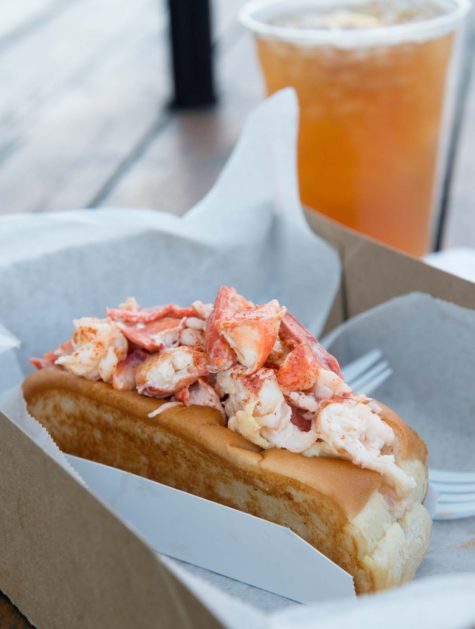