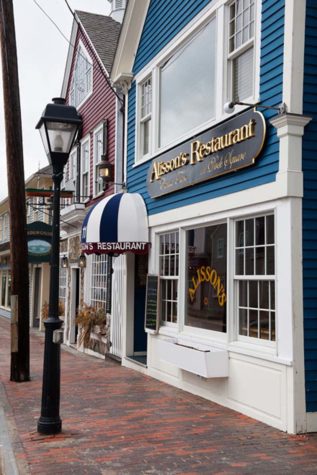 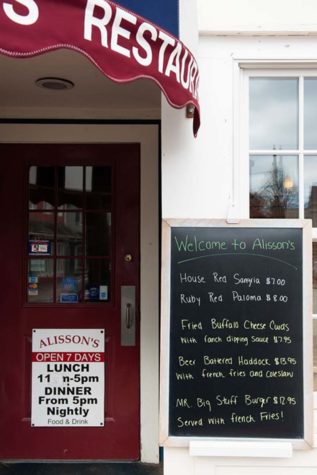 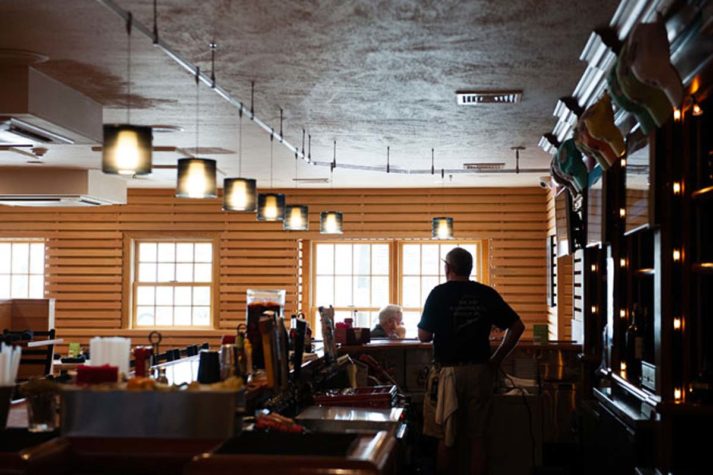 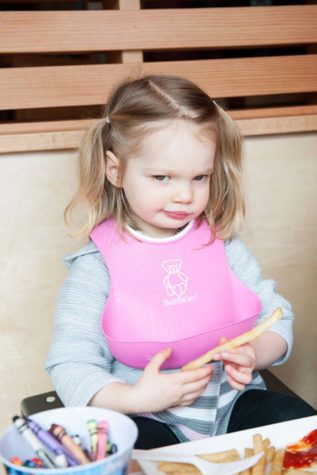 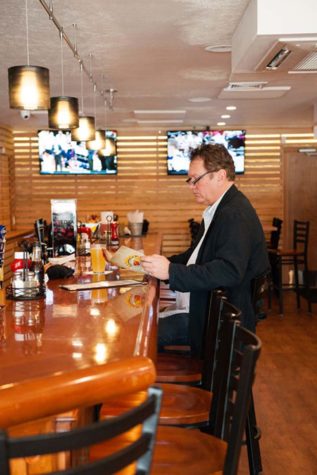 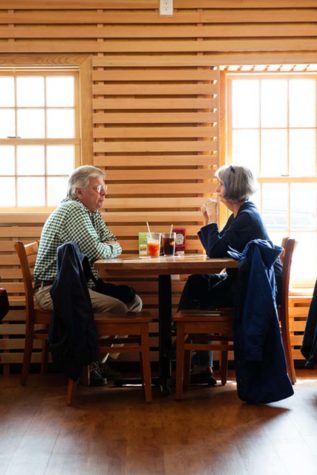 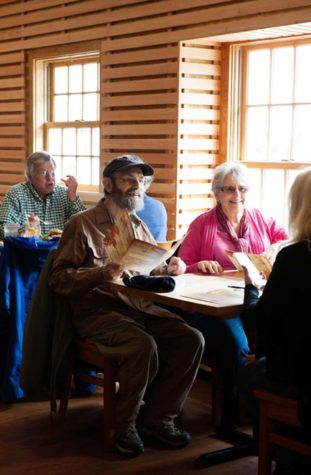 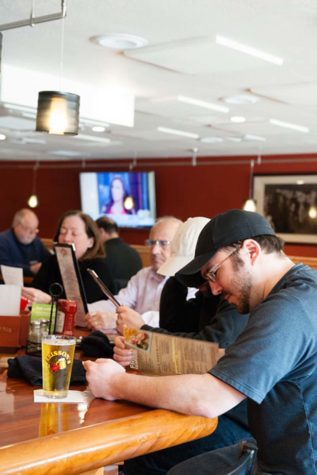 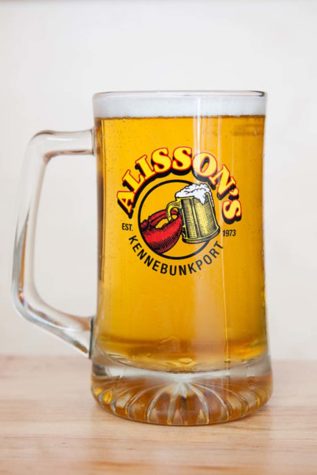 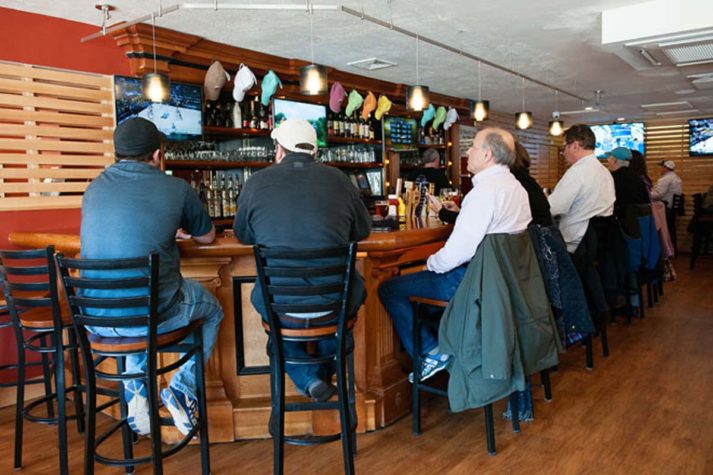 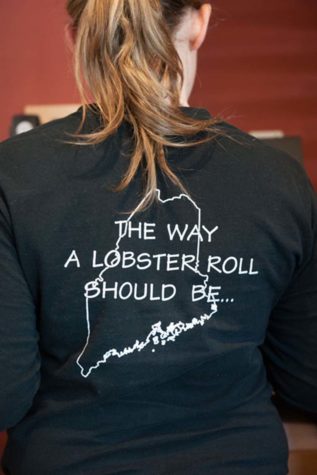 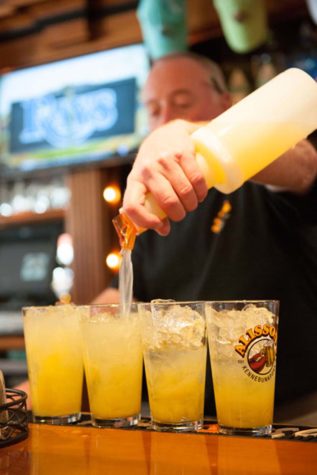 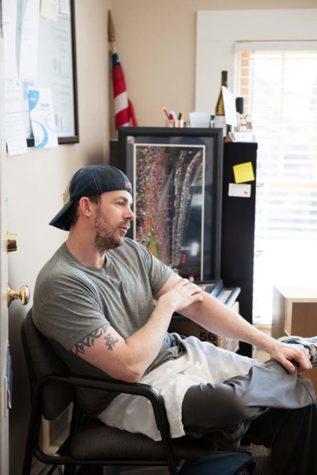 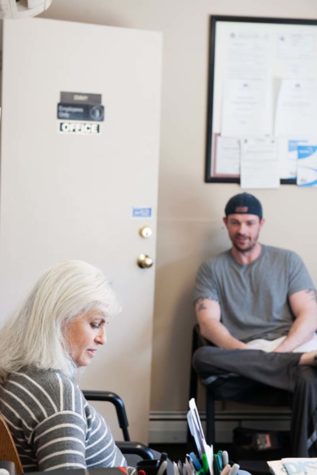 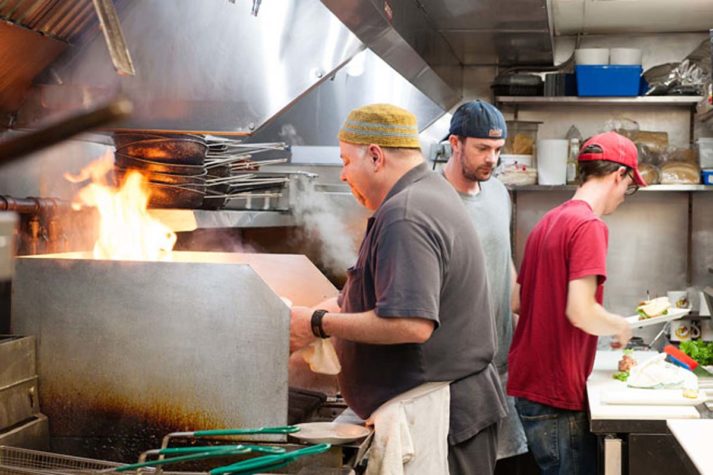 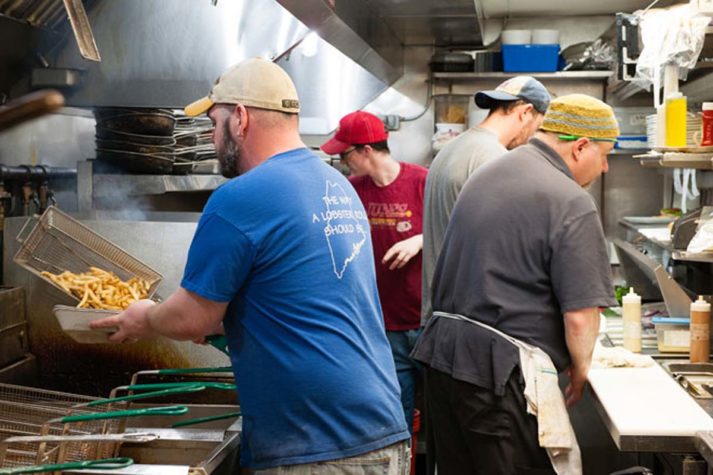 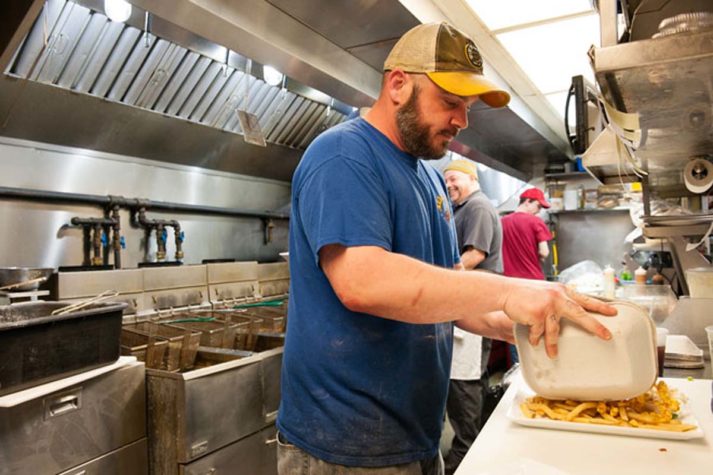 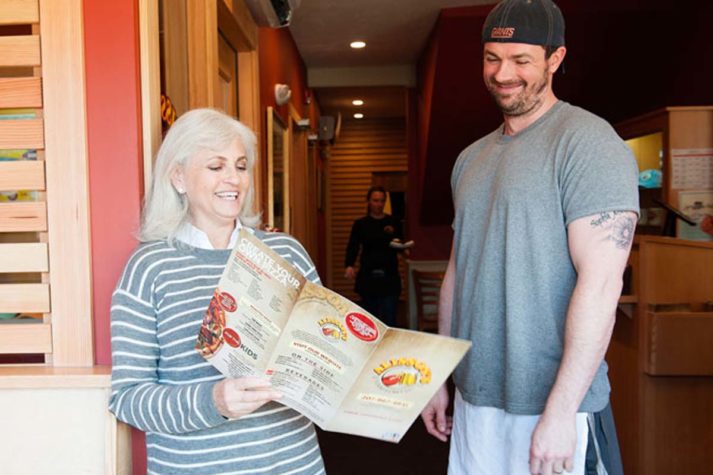 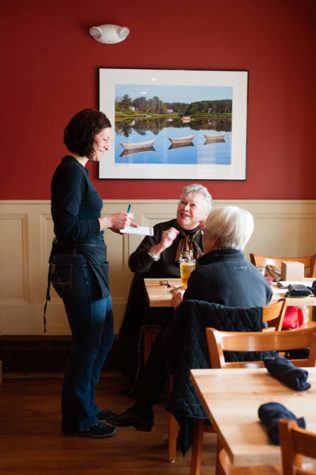 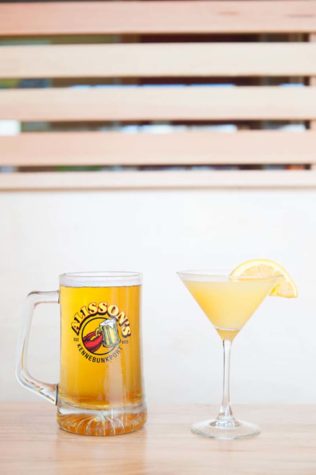 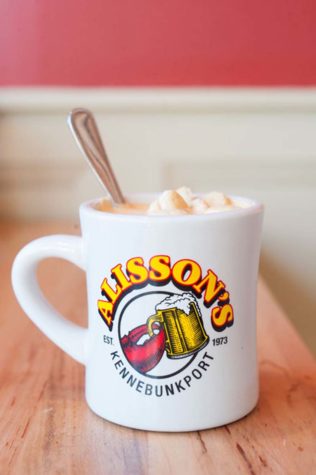 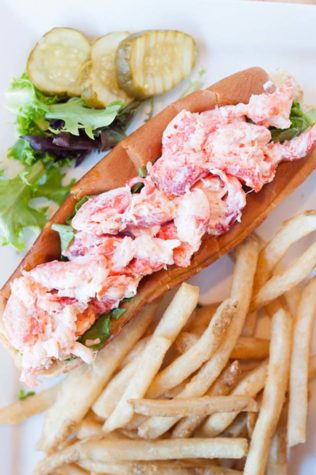 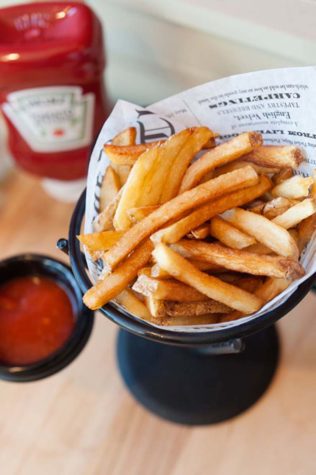 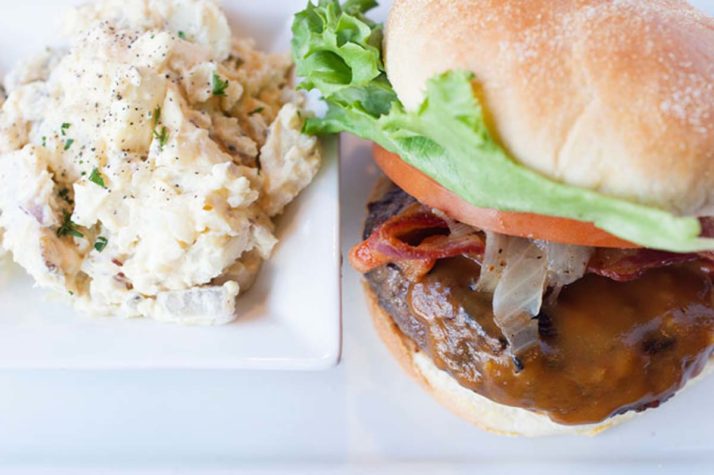 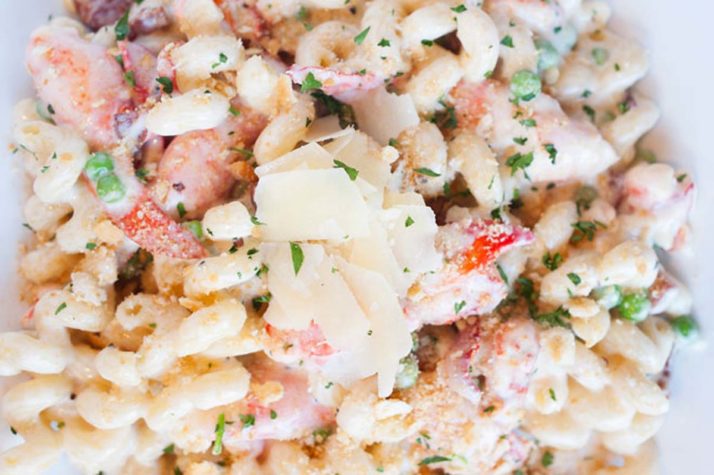 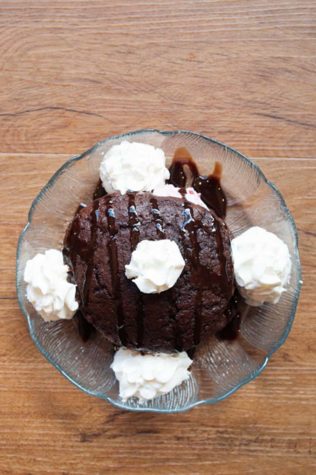 Alisson’s is most definitely a family affair. For years, it’s been the popular choice for family dining in Kennebunkport, a place you could most certainly feel comfortable bringing the kids. But it’s also a family business, now being run by the third generation of the Condon family. Ashley and Adam’s grandparents opened Alisson’s in 1973 and named it for their first grandchild, the pair’s older sister. On a sunny weekday afternoon, the place is bustling with waitresses carrying trays of fried clam platters and lobster rolls. Upstairs in Ashley Padget’s office overlooking Dock Square, it’s a quieter place to talk. From her desk, she can keep an eye on all the activity in the center of town. “On Memorial Day, the parade stops right here,” she says, “and I can open the window and hear President Bush give the address.” She’s speaking about George H.W. Bush, a seasonal resident of town.

Ashley handles the days at Alisson’s and her brother Adam takes charge at night. They grew up in the restaurant, handling duties from dishwashing and busing tables to waitressing and bartending as they got older. Having a clear understanding of what it’s like to work in the business, they have made Alisson’s a family-friendly place to work. “If someone needs to take time off to care for a sick child, or has a family commitment, we all fill in. Most of the staff has been here for years, “ she tells me. There are employees who have been at Alisson’s for over 20 years and some leave only to return later. “It’s like Hotel California,” Ashley jokes. “The long-term employees just make it feel like a bigger family,” Adam says.

Chef Mike Morneault has been with the restaurant for almost ten years. He started cooking in restaurants while in college, but for two years he was a caterer for big time rock shows, working 100 hours a week, providing food for the stars dressing rooms, buses, and backstage. “But we always brought a little piece of Maine with us like lobsters for the security crew,” he says. Lobster is still an ingredient he works with everyday. Alisson’s is known for their oversized classic lobster roll, big pieces of knuckle and claw meat lightly dressed with mayo and served on a buttered and toasted bun, the way it should be. Morneault also makes a terrific lobster bisque and a decadent seafood risotto with a whole lobster tail on top, but my favorite was his lobster mac and cheese. Gruyére and fontina are melted into a creamy sauce, studded with pancetta, peas, and generous chunks of lobster meat, and over perfectly cooked cavatappi. It’s a hearty dish, but the chef uses a light hand to keep it from being overwhelmingly rich.

Much of the menu consists of casual classics, including fried seafood, wings, and sandwiches, including Ashley’s favorite, the Reuben. Morneault brings us his favorite burger with housemade peach barbecue sauce and caramelized bacon—a delicious sweet and salty combination. New items are often tested out as specials on the snack menu. Sous chef Chris Graves has also helped add some flair to the menu, bringing his Southern influence with such dishes as Cajun chicken and sausage pasta and a spicy pepper burger. And he makes all the desserts in-house like the enormous, decadent whoopie pie with a changing array of fillings.

Alisson’s has recently undergone a significant renovation, giving it an update, but keeping the atmosphere comfortable and casual. Booths now line the walls and light wood lends a fresh look. The bar is a popular gathering spot year-round with happy hour specials, Maine craft beers, and specialty martinis.

Alisson’s has remained a local favorite for decades, but is also loved by summer visitors in search of a taste of Maine. Even on a crowded day at the height of the season, you’re still likely to run into someone you know. And it’s possible they’re part of the family.