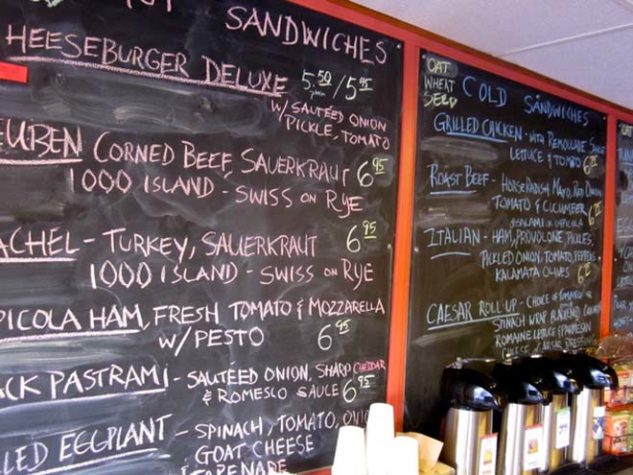 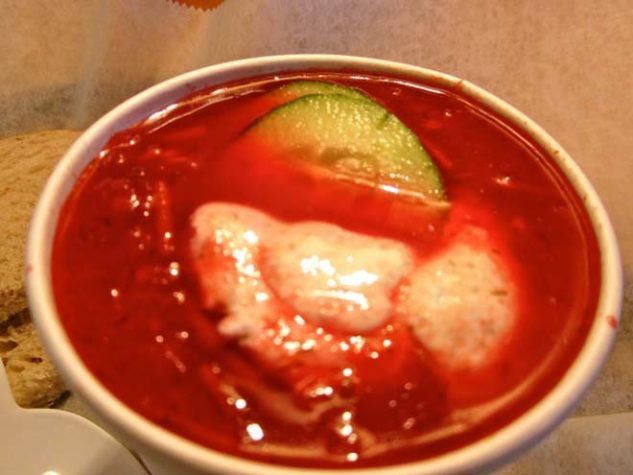 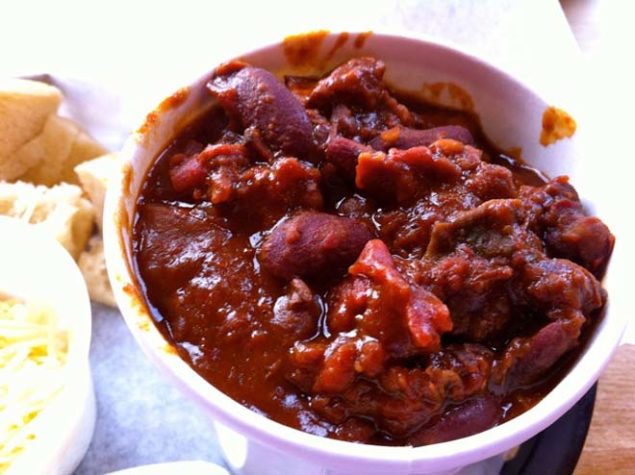 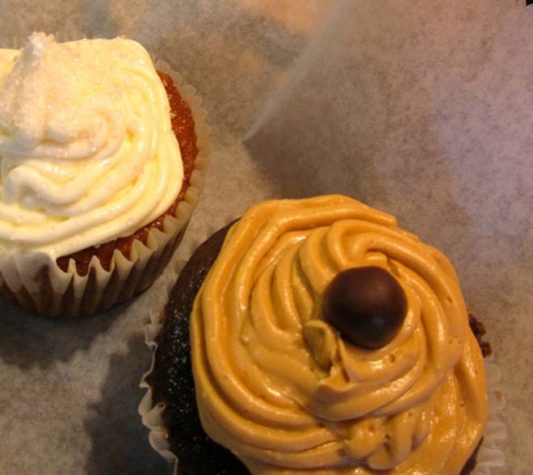 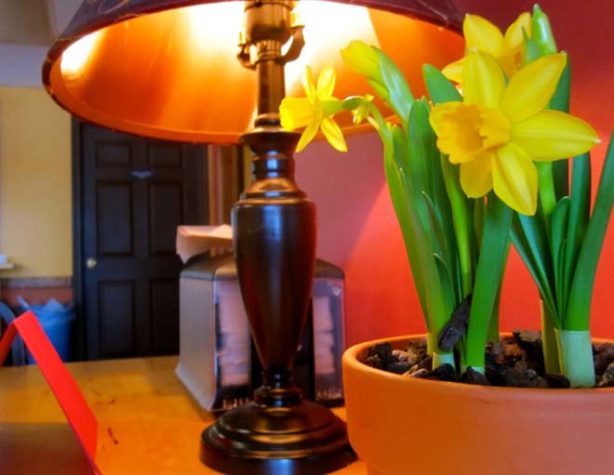 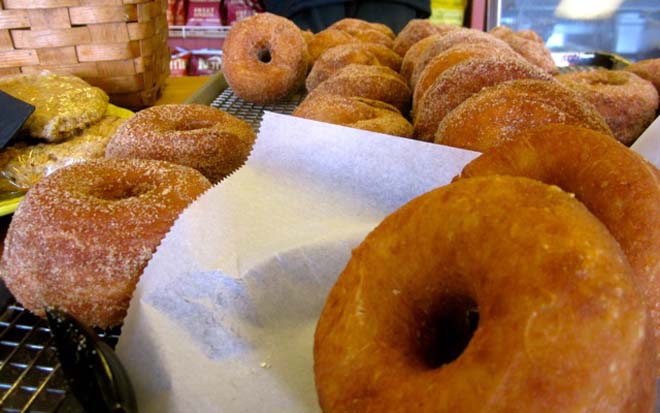 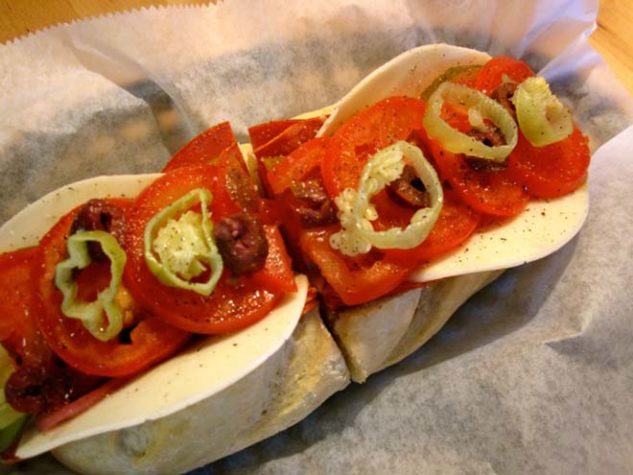 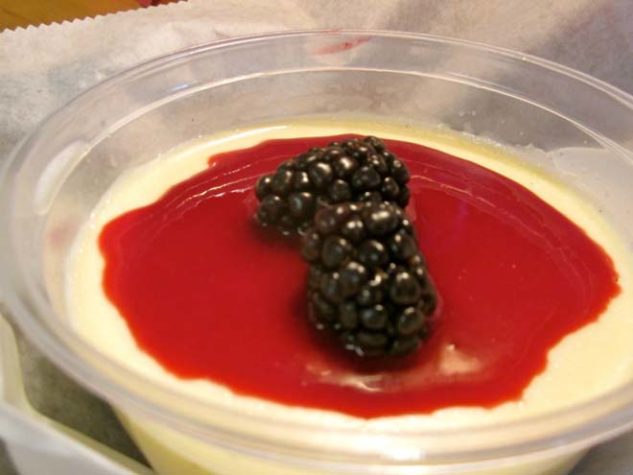 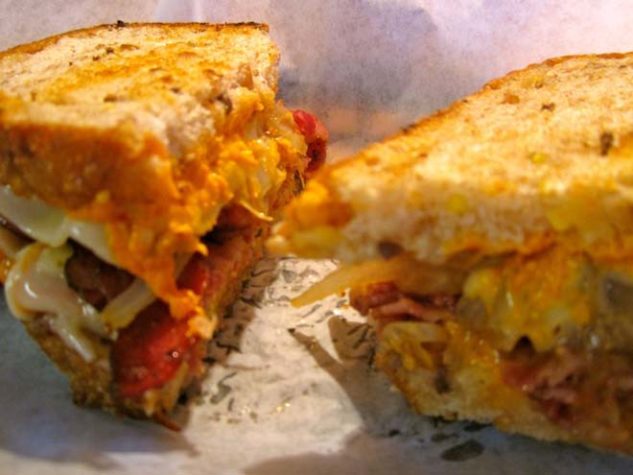 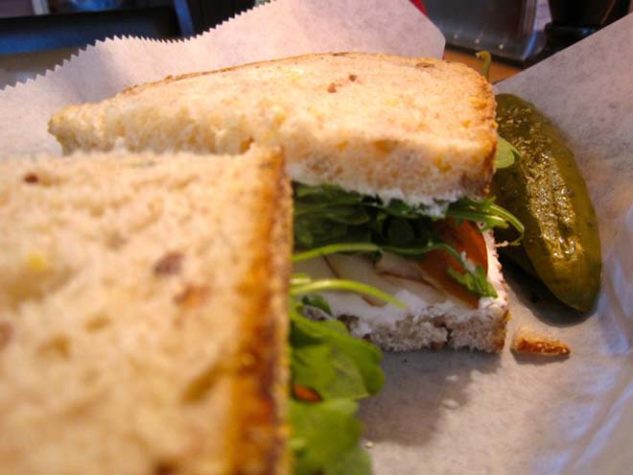 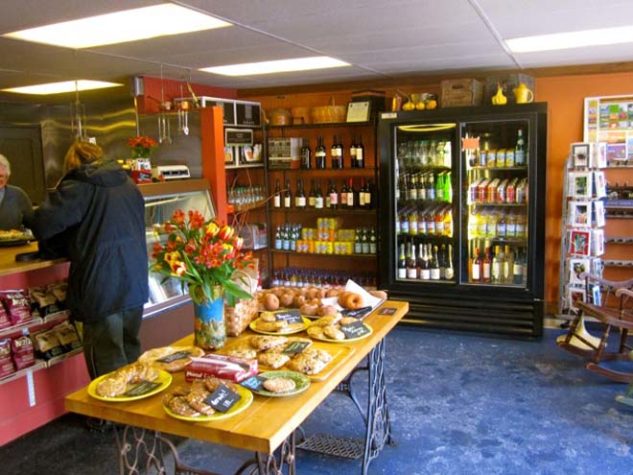 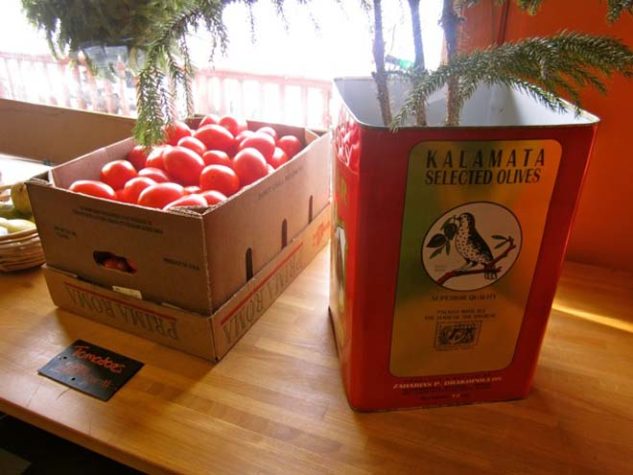 I can declare with utmost certainty that, after a year of eating my way through a large portion of Edna and Lucy’s delicious offerings, it was the spicy beef chili that finally put me over the edge. I found myself at a loss for words as I admired its burnished, deep red hue. Large chunks of tender beef mingled with meaty red beans giving it an intensely hearty texture and a surprisingly intense amount of heat was imparted by chipotle and cayenne. The addition of chocolate balanced the acidity of the tomato, giving the dish a more rustic Latin characteristic. I sat quietly, perched on a small wooden stool, gazing out the window at the snow falling on Route 9 in Pownal, savoring each stick-to-the-ribs spoonful.

Once I was so excited by a tuna melt ordered to-go from Edna and Lucy’s that I immediately phoned the restaurant after finishing the last bite to inform them how awesome it was. It’s moments like these that prompt my excitement to introduce newcomers. I am even willing to feign a desire to hike Bradbury Mountain if it means a group will join me for lunch, which was the case on this particular visit.

Sabrina Warner and Steph Dexter opened Edna and Lucy’s in the spring of 2009 and have been steadily building a near-fanatical following ever since. They attract a mixture of locals and tourists not afraid to stray from the beaten path and make the quick ten minute drive from Freeport’s outlet shopping. As patrons enter, the aroma of fresh donuts made in-house daily greets them. This is never a bad thing, in my opinion.

Once my dining companion has come to grips with the crushing disappointment of being denied the opportunity to go hiking with someone as experienced in the field as myself, she agrees that ordering an outlandish amount of food is a reasonable substitute. This will, of course, be done with the purpose of research in mind, with no pressure to finish if capacity is reached. For your first visit, you should feel free to order like a normal human being.

We begin with a duo of soups, the first being traditional Eastern European Borscht with a brilliant magenta tone contrasted neatly with crispy green cucumbers and a dollop of herbed sour cream. The deep, earthy beets are brightened by the addition of orange juice and julienned carrots give a pleasant textural interplay. Though Edna and Lucy’s does have a nice selection of wine, available to-go only, this particular dish made me long for a frigidly cold haul from a bottle of Stolichnaya vodka. Alongside the Borscht is cauliflower and bleu cheese soup, a playful variation on the traditional broccoli and cheddar variety. The rich, pungent broth has a soul-warming quality to it, and the way the gooey bleu cheese adheres to the cauliflower makes it difficult to exercise caution with each scalding hot bite. We initially assume that bacon fat of some kind is in play here, but it turns out to be completely vegetarian friendly, with heavy cream doing work to keep things from getting too healthy.

As I enter into a phase of note taking and picture snapping, my dining companion peruses the stack of magazines located near the window. They appear to have been updated since one of my maiden visits, when, after flipping through Vanity Fair for 20 minutes while munching on a Reuben, I began reading an article about pending legal battles for Michael Jackson. It took until about three paragraphs in before it occurred to me that the pop singer had been deceased for a solid two years, and that the issue was from December of 2007.

We soon find ourselves confronted with an assortment of sandwiches, starting with their representation of the “Italian.” Spicy capicola ham, sliced pepperoncini, tomatoes, black olives, provolone cheese, and tangy pickled red onion are neatly arranged in a dense yet soft roll that holds oil and flavor without falling apart. Those who can actually fit their mouth around the entire thing, like me, are rewarded with the full potential of the highly complimentary elements of this massive sandwich.

On the other end of the spectrum is the light and refreshing pear sandwich, which proves to be a great palate cleanser after some of the more decadent selections. Served on toasted rye seed bread, it is stacked with crunchy pears, peppery arugula, zippy chèvre, and a drizzling of sweet honey procured from Fran Fedrizzi at Alpine Meadow Apiaries, located right up the road in Freeport.

Luscious smoked salmon is slathered with rich horseradish and dill cream cheese on toasted rye. The pickled red onion, salty capers and cucumber provide much needed acidity to cut through the fat. I horde this particular sandwich while my companion favors the hot pastrami on multigrain, bestowed with garlicky Romesco sauce—which I can basically describe as a Spanish version of pesto with almonds, red peppers, paprika, and vinegar. Her sandwich also has onions that are so deeply caramelized and flavorful that they remind me of those found on well-seasoned griddles at county fairs.

Armed with the knowledge that the longer we wait the fuller we will start to feel, we waste no time transitioning into desserts.

The chocolate cupcake is moist and chewy, and the “coffee” frosting provides an intense burst of flavor reminiscent of great espresso. The carrot version is as it should be, dense and toothsome, with the prerequisite cream cheese frosting on top. It’s garnished with festive pink sprinkles as an extra bonus.

The silky panna cotta, flecked with vanilla beans and surrounded by a moat of black raspberry coulis, is just plain ridiculous. The best description that we are able to muster at the time is “black raspberry ice cream on steroids.”

Though Steph and Sabrina continue to deny my request to open up shop a few blocks from my residence in Portland, I will continue to make the short drive out for, at the very least, donuts and chili on a regular basis. This is, in my opinion, the kind of restaurant that would be welcome in just about any town I can think of, Pownal just got lucky.