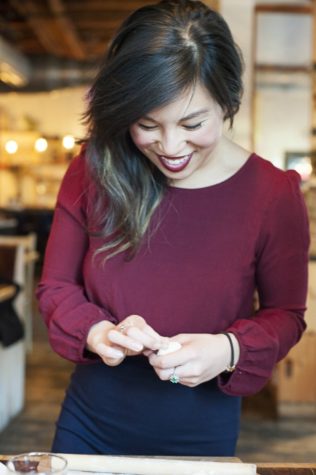 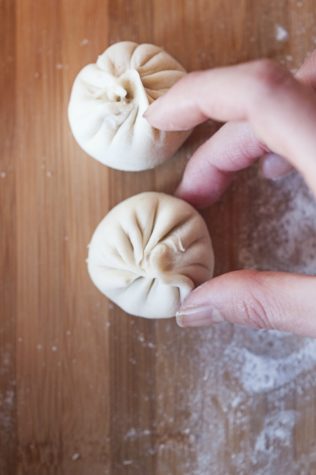 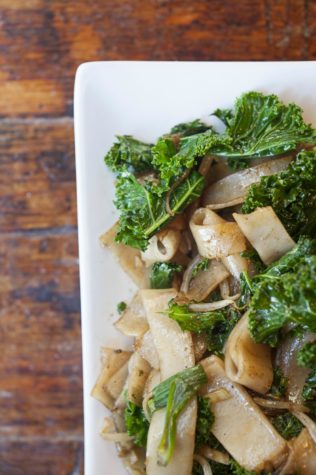 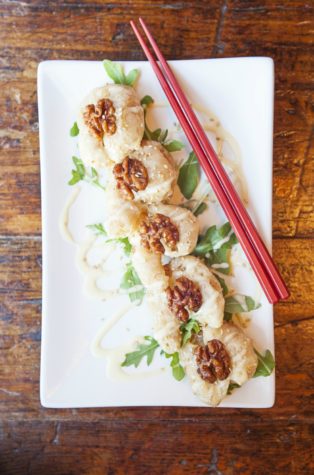 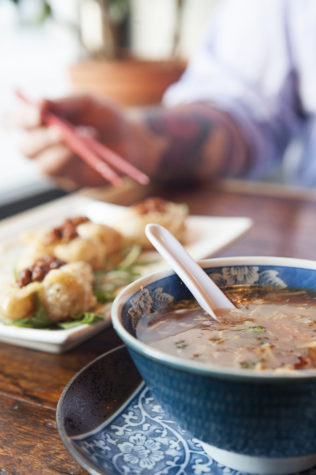 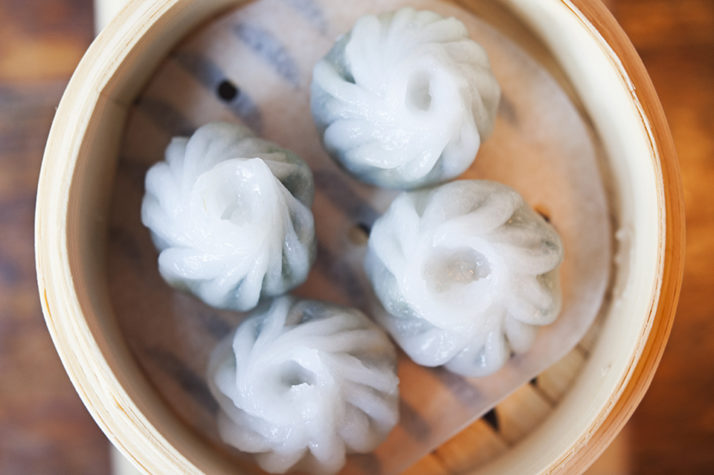 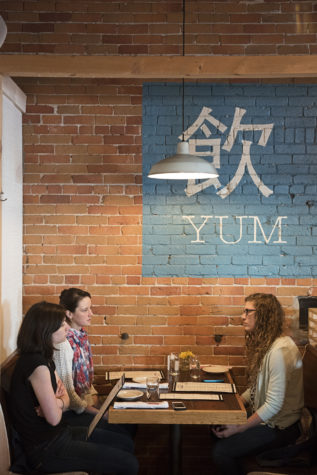 There are few things more pleasurable than the rich, concentrated flavors of a great Cantonese stir fry, resulting largely from what cooks from this region of China refer to as wok hay, which translates roughly to “the breath of the wok.” It refers to the intense, often smoky flavor in a dish that comes as a result of short cooking times over ferocious heat, and many Cantonese consider the consumption of a dish that lacks this sought-after characteristic to be bad luck.

This is the cooking philosophy on which Theresa Chan, who co-owns Empire Chinese Kitchen with Todd Bernard, was raised on, spending most of her formative years working in her parent’s restaurant, China Rose in Freeport, which they operated for 13 years before pursuing another venture in Brunswick. “Wok hay is the reason that a dish as simple as kale with beansprouts, tamari, and broad rice noodles can have so much depth of flavor,” Chan says, “It’s all about timing, and keeping the ingredients constantly moving over the intense heat. If you cook the kale too long, it will release water, which in turn compromises the other elements in the wok.”

For Chan and Bernard the first order of business was finding a crew that was skilled in the old way of doing things. The art of stir-fry, a technique that has defined Chinese culinary history for thousands of years and involves more different cuts for vegetables than you could possibly imagine, is sadly becoming a thing of the past, with many cooks opting to pursue sushi and other ventures that are less physically demanding. Once in place, a menu was developed that both paid homage to the time-honored techniques of the past and incorporated a modern, approachable feel.

“It’s funny,” Chan tells me, “Everyone in my family is either an engineer or a cook. My father happens to be both, and more than anything I wanted to bring his food, the comfort foods of my childhood, to the menu at Empire.”

The menu overall is as diverse as the many uses for a wok, including a superlative rendition of hot and sour soup, made even more delicious with the addition of a Szechuan-style condiment made from fermented black beans, chili oil, and garlic. Also quite irresistible is their honey walnut shrimp, which are tempura fried (a symbol of luxury in China, Chan tells me) and topped with a sauce made from Japanese mayo, sweetened condensed milk, and yuzu, finished with crunchy walnuts. They are, as one might imagine, quite moreish, the kind of food you find yourself still dreaming about several days after consuming.

Though Empire has several cocktail options, as well as a concise beer and wine selection, it is arguable that they are most well known for a concoction called “Dragon Milk.” After sampling I can see why, maybe the foremost reason being it’s considerably boozier, driven by jasmine-infused gin, than the pale green, creamy appearance may let on to. It is tempered with cream of coco, pandan syrup, and club soda, resulting in a beverage that is both delicious and, if you let your guard down and have a few, quite potent.

Traditional dim sum offerings comprise a third of the menu, the first of which that I sample being their steamed spinach dumplings. The dough is ethereal, and the intensity of the flavor of the spinach catches me off guard, perfect when dipped into the accompanying vinegar and ginger-soy condiments. The pan-fried pork and scallion bao utilizes a dough made with rendered shallot butter, and is cooked in the “fresh” style, meaning that the meat is wrapped into the bao while raw and cooked during the frying process, which in turn makes them less greasy and more crunchy. The last dim sum item that I sample is a special that evening—soup dumplings with pork, crab, and white truffle, every bit is as luxurious as it sounds.

“The key to soup dumplings,” Chan explains, “is keeping the dough thick enough as not to break, but also not so much that it becomes hard during steaming.”

The rest of the menu runs the gamut from the simplicity of Chinese roast pork over steamed rice, a plethora of dishes incorporating Maine lobster, and a beautiful rendition of orange beef that employs grass-fed beef flank with a light batter of potato starch. Filets of Gulf of Maine flounder are served in a traditional fermented black bean sauce over rice, perfect alongside stir-fried green beans with roasted garlic.

In this day and age, especially in this part of the world, the concept of Chinese food has taken on several different faces, with so many people drawing a distinct line between the “highly Americanized” versions to that of the old country. The beauty of Empire Chinese Kitchen is that it deftly toes the line between the two, showcasing traditional methods while offering proper versions of widely recognizable classics. A perfect and necessary addition to Portland’s ever-growing dining landscape, the food at Empire, much like a wok itself, continues to get better and better with time.