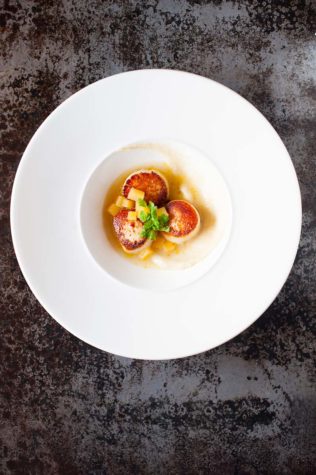 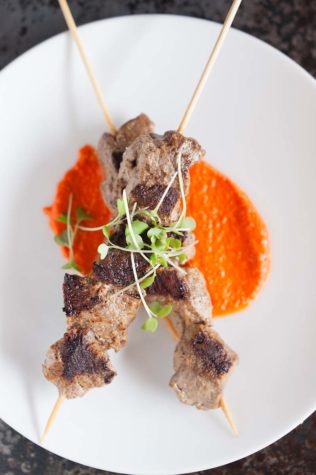 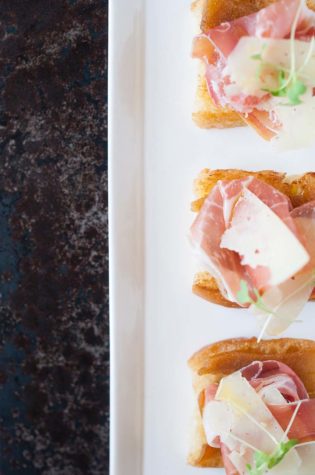 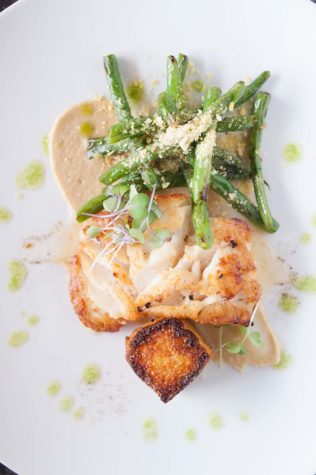 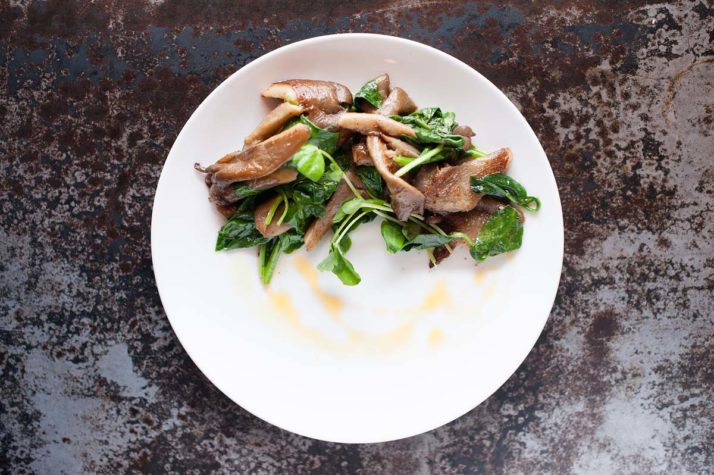 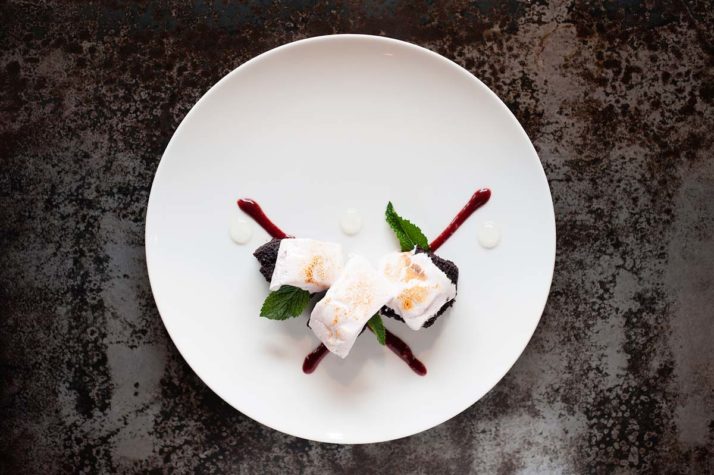 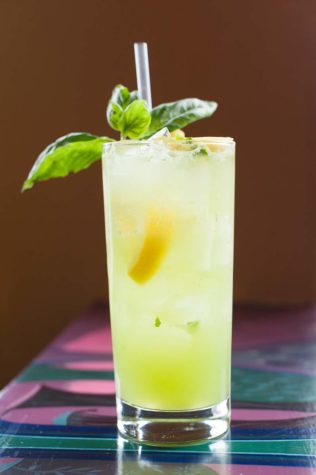 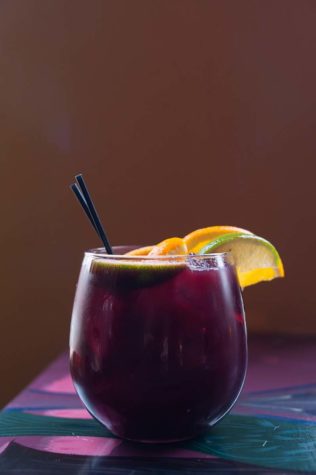 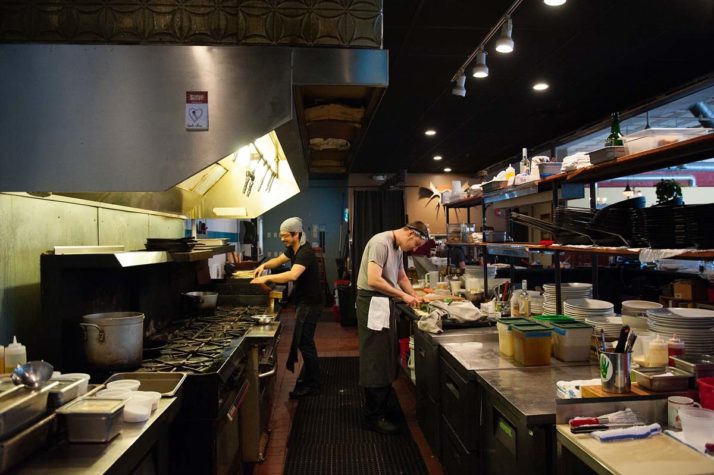 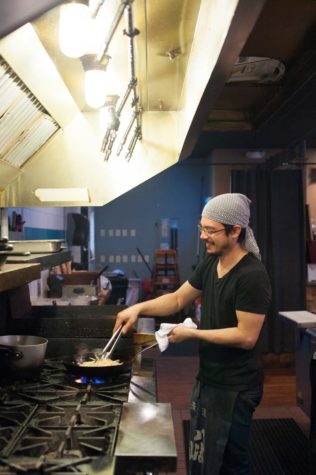 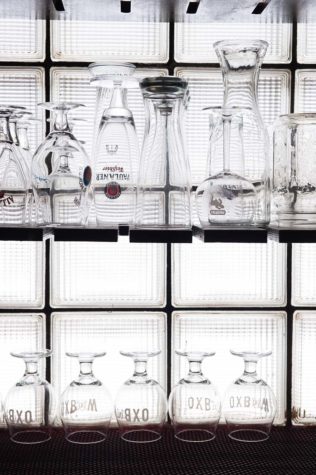 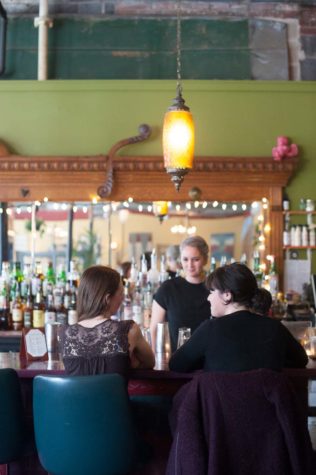 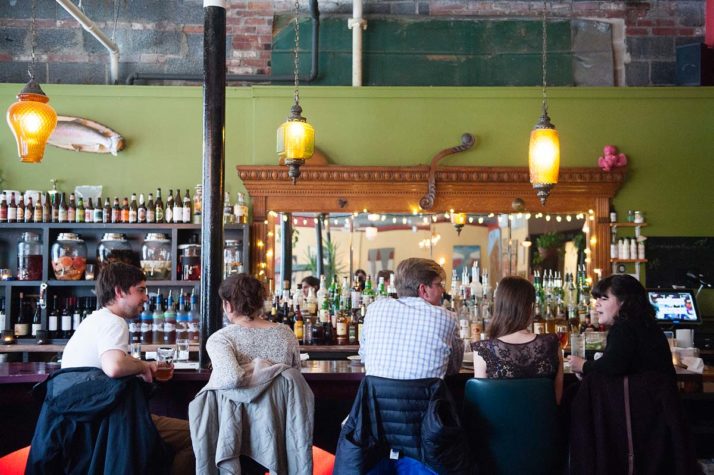 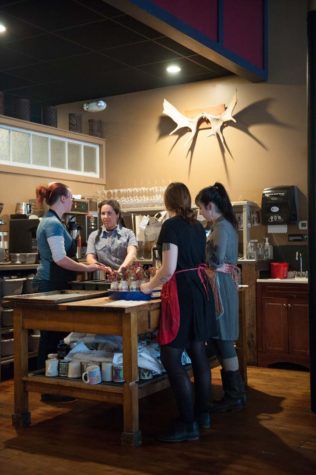 I was lucky to catch Local 188 owner Jay Villani just before he left on a much-anticipated trip to Barcelona, Spain. Joining him are his family and several of his staff, including partner Matt Purington. “I’m looking forward to eating with the guys at tapas joints. I want them to absorb it all. I want to show them where this all began, and get in touch with the simplicity of it,” he says. When Villani refers to “this” he’s speaking of Local 188 and his journey as an accidental restaurateur. He’s also a metal sculptor, a bass player, and a chef. “Owning a restaurant was Plan C for me. First I was going to be a rock star, then an artist, but here I am.”

Local 188 is Villani’s first of three restaurants that he now owns in Portland, along with Sonny’s and Salvage BBQ. He also owns Bunker Brewing, a nano-brewery, with Chresten Sorensen. Local 188 started out in 1999 as a place in the community for people to gather, display art, and have a glass of wine. There was a small list of tapas available that Villani would cook up in the tiny kitchen. “It was never about a culinary statement for me. It was more about a lifestyle when I was younger,” he says. But before long, people wanted more than tapas, and a few entrees were added to the menu. Then, those who came to eat wanted to drink something more than beer and wine, so cocktails were created. One day, Villani was standing outside Local 188, which was by then a full-fledged restaurant. A “For Lease” sign on the building across the street caught his eye. Six months later, he moved it all—the art, the food and drink, the place where people could meet—into a much bigger space on Congress Street. “Everyone thought I was crazy,” says Villani.

Villani has proved the naysayers wrong. Today Local 188 is hugely popular, still attracting many from the neighborhood, but also visitors to Portland who have heard about the creative, Latin-inspired menu and the cool, comfortable space.

Sous chef Adam Goldberg brings over a dish of three perfectly seared scallops on smoked ginger broth and parsnip purée. It’s a wonderful taste, just the right size to start the evening. As if she could read my mind, beverage manager Jenny Gardner (who has been working with Villani since the very first day) appears with a basil lemonade and a glass of her special sangria. A plate of lamb pinchos, or skewers, appears with a bright red, highly flavored romesco sauce. Another plate holds three open-faced sandwiches on homemade focaccia, piled with apple membrilla, serrano ham, and manchego cheese. It would be easy to continue snacking on these small plates all night, but larger dishes are just as appealing. Buttery Casco Bay hake is accompanied by a fried cube of grits and corn-dusted green beans. Local 188’s paella, either classic or all seafood, is legendary, and should not be missed.

As I sip on the cocktails and savor the fine food, I start to sink a little further into my cushy chair. Local 188 is built for comfort. Between the bar and the dining area, plush sofas surround low cocktail tables. Everything has a vintage vibe, from the old office chairs that surround diner tables, to the servers’ sweet, old-fashioned aprons. “The look comes from having a shoestring budget,” says Villani laughing.

Jay Villani possesses a generous spirit that reveals itself as we chat. He only works on the line during weekend brunch, which allows his chefs room for creativity. “I’m in the mentoring phase of my existence,” he says. “I want the chefs to really own it, and put out food that they’re really passionate about.” He fondly calls his staff “my kids,” and adds, “I think about how I can enable them and get them where they need to go.”

Right now, they need to get to Spain to visit tapas bars, cava houses, and maybe a tourist attraction or two. “I want to sit in a bar and watch the Barcelona soccer team play, cheering with the locals,” Villani says. He’s earned that simple pleasure.