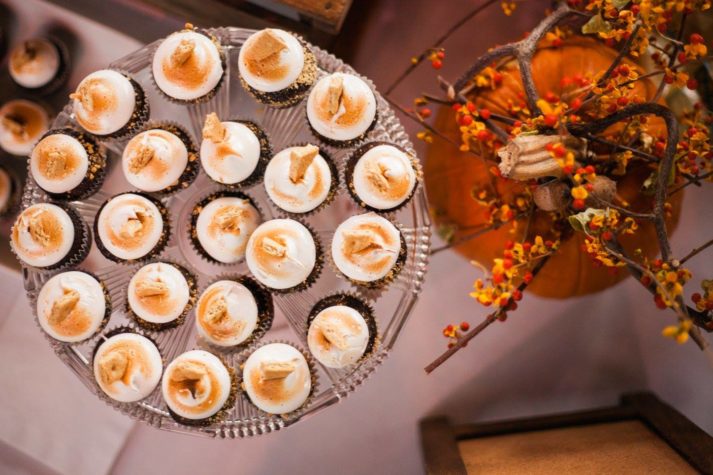 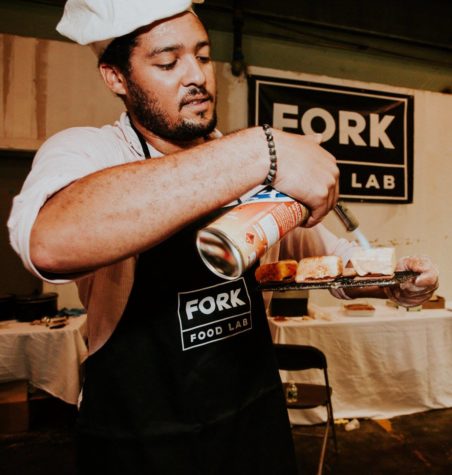 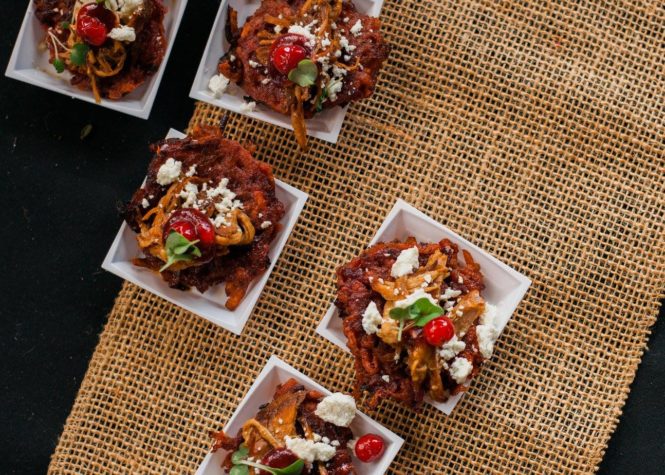 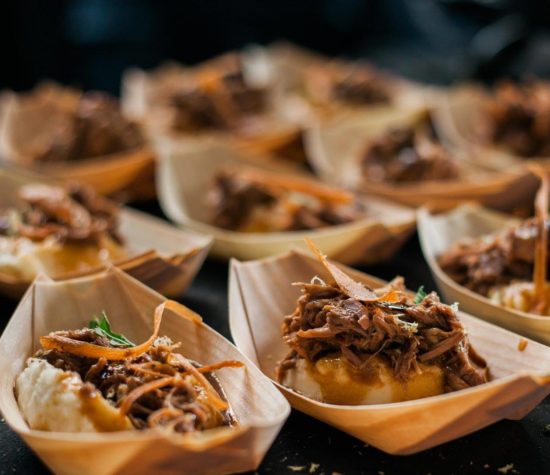 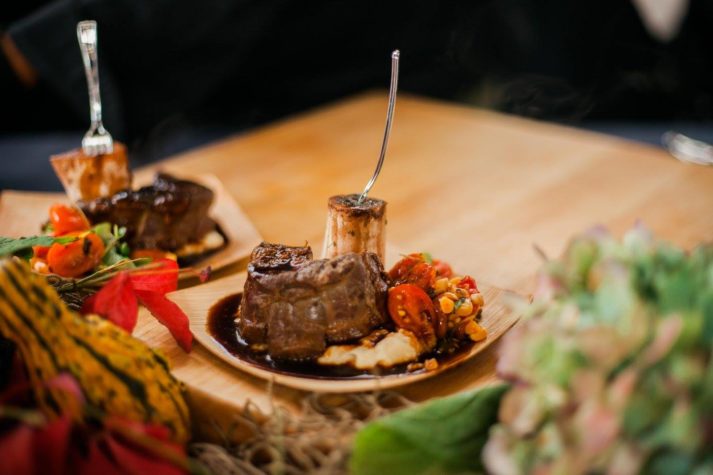 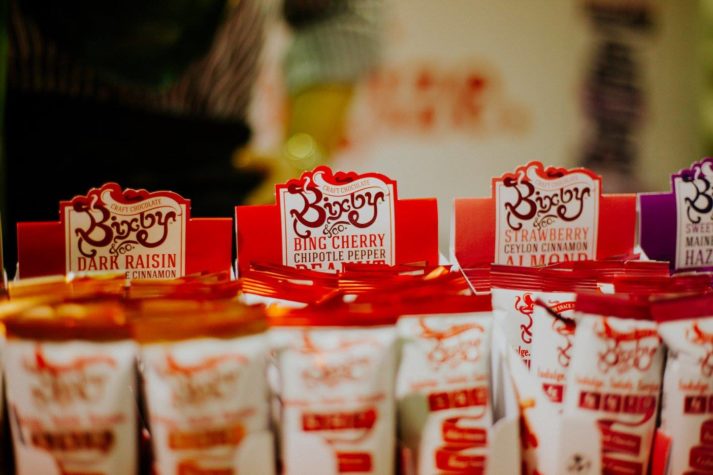 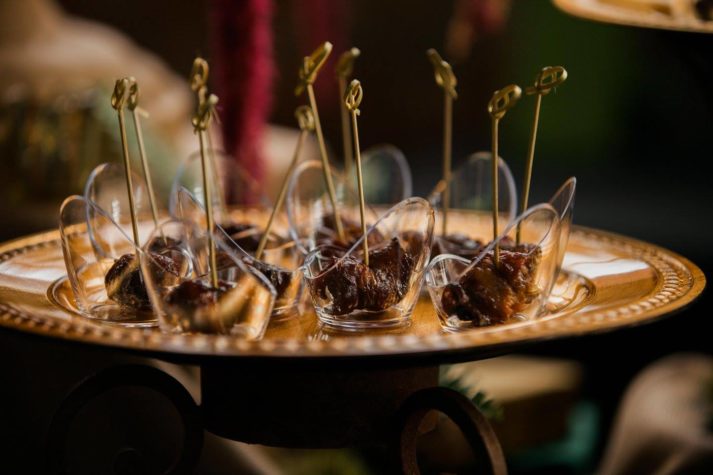 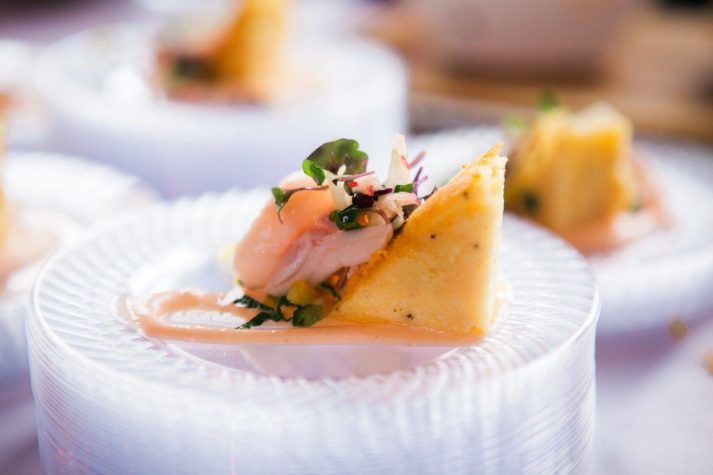 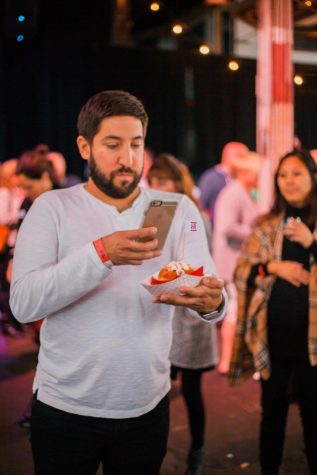 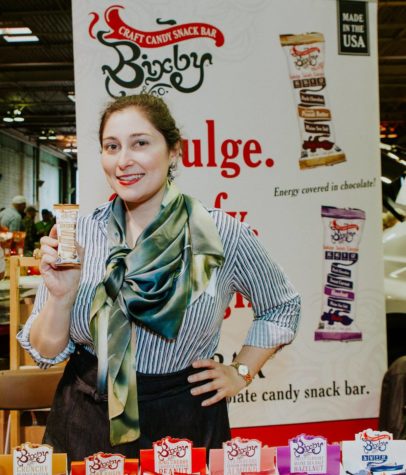 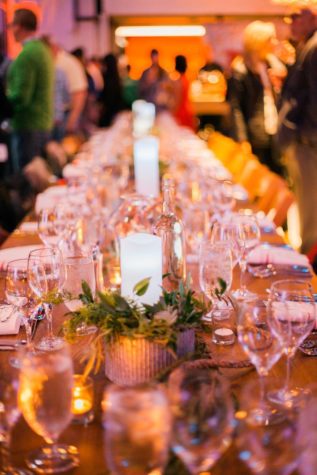 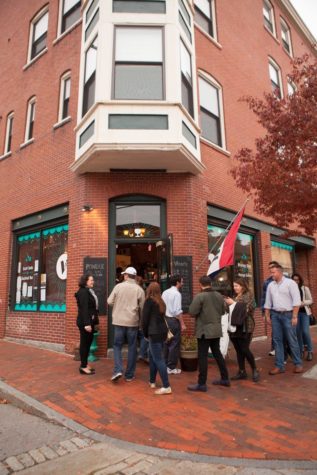 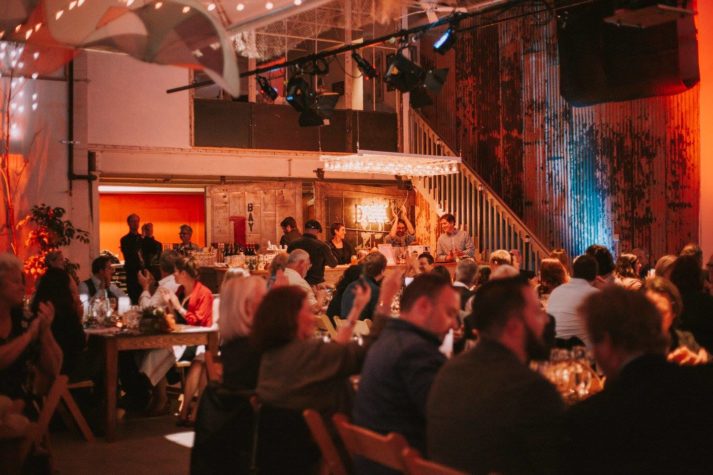 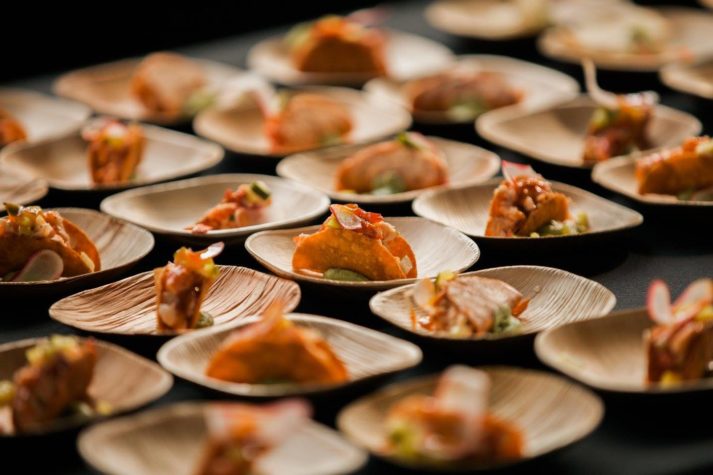 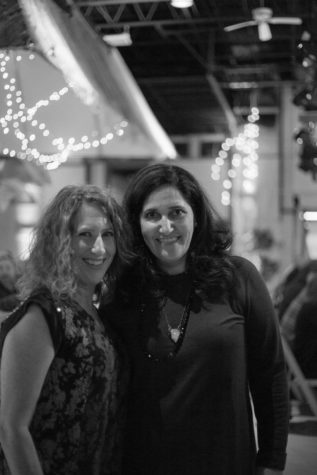 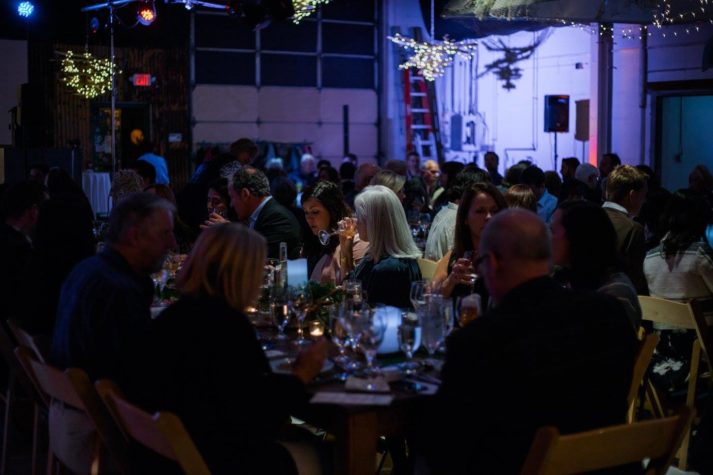 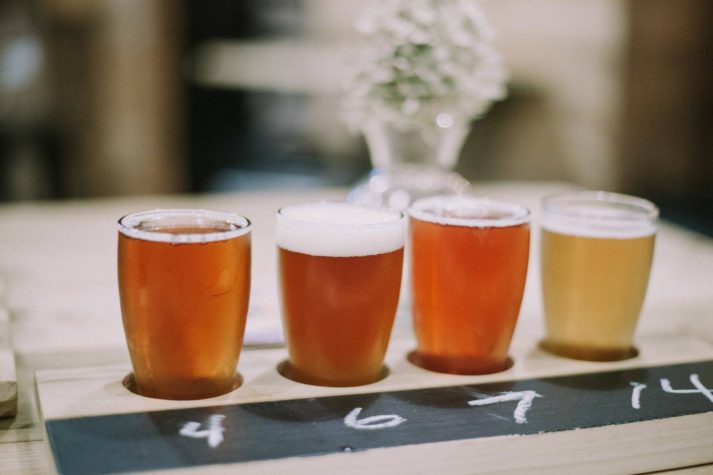 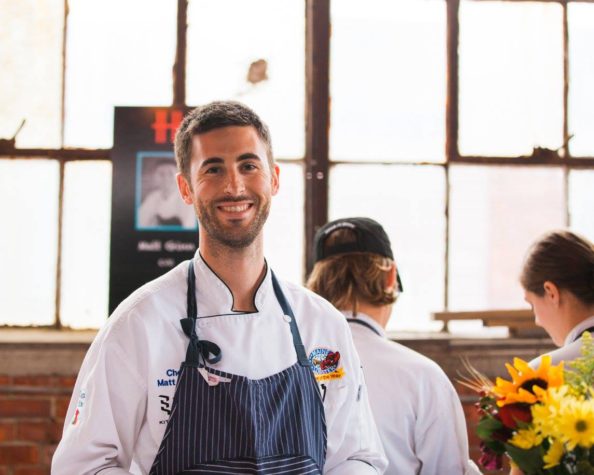 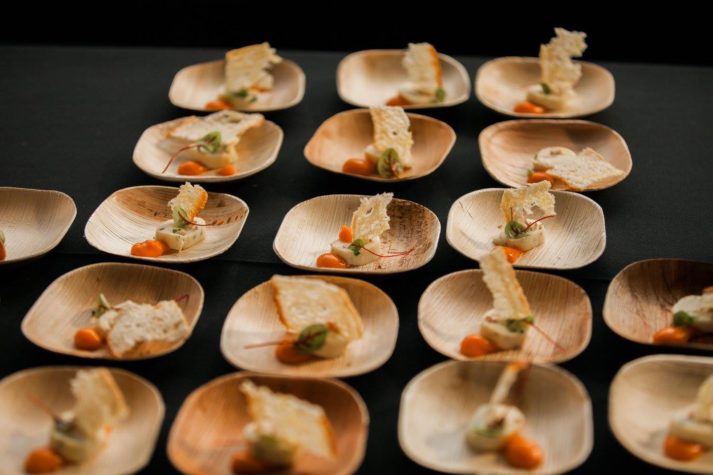 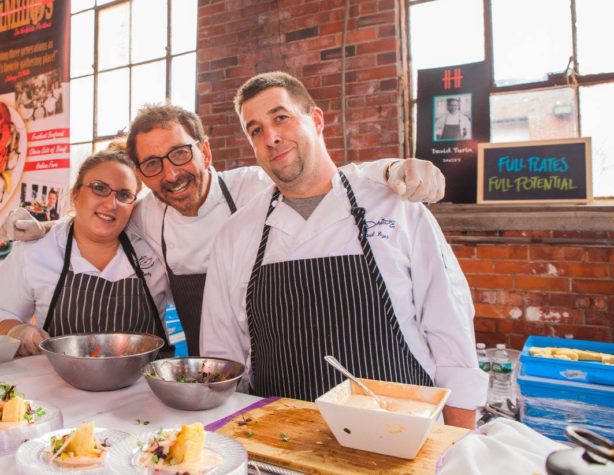 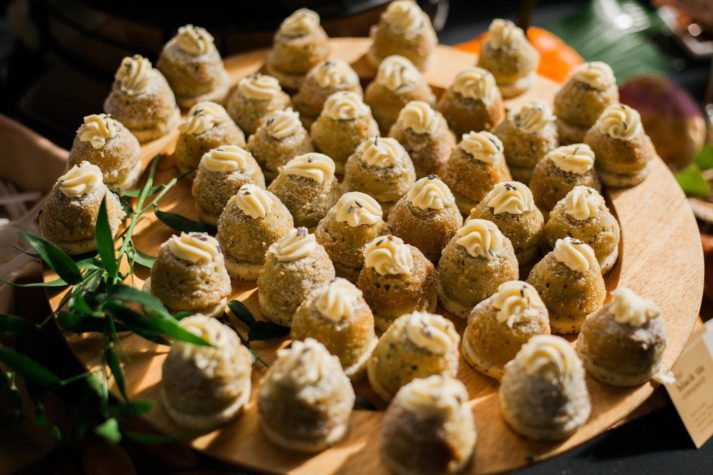 Harvest on the Harbor

This is the year Harvest on the Harbor got a reboot. New venues, new participants and partners, and new events brought freshness to the annual food and drink festival, first established in 2008.

Stefanie Manning and Gabrielle Garofalo—friends, former colleagues, and now business partners—purchased the event, a multi-day culinary affair highlighting Maine food, earlier this year. “We knew there was something there,” says Garofalo. “We’ve approached it with a greater vision of what it could be.”

Harvest on the Harbor kicked off Thursday, October 20 with the Sustainable Seafood Soiree, a sit-down dinner at O’Maine Studios. The room was transformed with long communal tables, set elegantly with candles, greenery, and nautical roping. Steve and Johanna Corman, owners of Vena’s Fizz House, provided cocktails. The couple created a Harvest Daiquiri for the occasion, using New England Distilling Eight Bells Rum. This was just the first of many cocktails to come from the pair, who would serve original creations at all Harvest on the Harbor events. The event was held in partnership with the Gulf of Maine Research Institute, and chefs were tasked with highlighting under-loved and under-utilized seafood species. Passed hors d’oeuvres, including a tender poached scallop with pumpkin seeds created by chef Melissa Bouchard of DiMillo’s, hinted at the creative fare that was to come. Andrew Chadwick, the new chef at Sea Glass at Inn by the Sea, presented diners with a very flavorful but light miso-glazed pollock in burnt onion dashi. Kyle Robinson of Five Fifty-Five served perfectly seared Maine scallops with roasted cauliflower purée.

On Friday afternoon, the Portland Company Complex was the setting for the Maine Lobster Chef Celebration. This event had previously been a competition, but this year Manning and Garofalo, along with the Maine Lobster Marketing Collaborative, turned it into a tasting extravaganza, with some of the area’s finest chefs participating. An eager crowd lined up, waiting for entry, while inside chefs put finishing touches on their dishes. Every offering was an inspired take on Maine’s favorite crustacean, from Liquid Riot’s buttered lobster on pumpkin polenta with spruce-pickled cranberries to Robert’s Maine Grill’s fried lobster taco with blueberry hot sauce and Fresno pepper relish. Chef David Turin, who always looks like he’s thoroughly enjoying himself, was grilling triangles of polenta to be served with lobster and sriracha-lime aioli. Next to him, chef Matt Ginn of Evo Kitchen and Bar plated lobster corn dogs. “It’s not something you’d see on the Evo menu,” he says. “I just thought I’d have some fun with this event.” Each corner of the room was anchored by a wine bar featuring a specific type of grape. Pairing suggestions were listed, recommending a wine to go with each dish. In the center of the room, Shipyard Brewing Company and Boston Beer Company handed out samples. Musician Lyle Divinsky added to the festive atmosphere with his soulful voice. It was the ultimate Friday happy hour, with a relaxed and happy crowd, tasting and sipping.

Saturday brought triers and buyers out for the Market on the Harbor. It was a great place to get a taste of local products, with an opportunity to purchase favorites. All the vendors I met had interesting stories, like the young couple with a new baby, producing Frontier Maple Sugarworks organic maple syrup near the Canadian border to dairy farmers Eben Miller and Carrie Whitcomb of Springdale Farm, making fresh cream cheese in Waldo. Kate Waters and Kathleen Bernard of Bleuberet Artisanal Foods looked sharp in blue berets as they handed out samples of their artisan wild blueberry jams, straight up or blended with unusual spices. And Kate McAleer of Bixby and Co. in Rockland told me about Bixby Bites, her newest product. Proceeds from Harvest on the Harbor events benefit Full Plates, Full Potential, a local nonprofit organization dedicated to ending student hunger in Main, and founder John Woods was on hand to explain the mission. As the event came to a close, any leftovers were sent to the Preble Street homeless shelter.

And there was still more to come. On Sunday afternoon, the team produced one last event, the Chef Showcase. The finale featured an all-star lineup of local chefs, cooking up hearty, harvest dishes. German Lucarelli, chef at Ports of Italy in Kennebunk, shaved fragrant black truffles over porcini risotto. On the other side of the room, Bo Byrne of Tiqa served braised lamb shank over olive oil mashed potatoes with crispy parsnips. Next to him, Wilson Rothschild from Terlingua offered smoked brisket with cheddar poblano grits, an exemplary taste of the food served there. The Black Tie Company’s executive chef Avery Richter and her team had been working hard at each event, and this was no exception, as they arranged a bountiful buffet that included smoked cheddar and gruyere fondue, as well as tiny s’more cupcakes. The room was decorated with rustic charm—chalkboard signs, soaring floral arrangements, and loads of pumpkins and gourds. The Harraseeket Inn did a particularly gorgeous display to complement Troy Mains’s chorizo-stuffed date wrapped in bacon.

I met a couple who had come from Ohio to Maine for their first time, just to attend Harvest on the Harbor. Rick and Kimberly Kipp were enthusiastic about what they saw and what they tasted. They told me they would definitely be back. Their reaction was just what Garofalo and Manning had hoped for when they started this venture. “This year was a total experiment,” says Garofalo. “We just want to solidify Harvest on the Harbor as part of Portland culinary scene.”

Harvest on the Harbor| harvestontheharbor.com 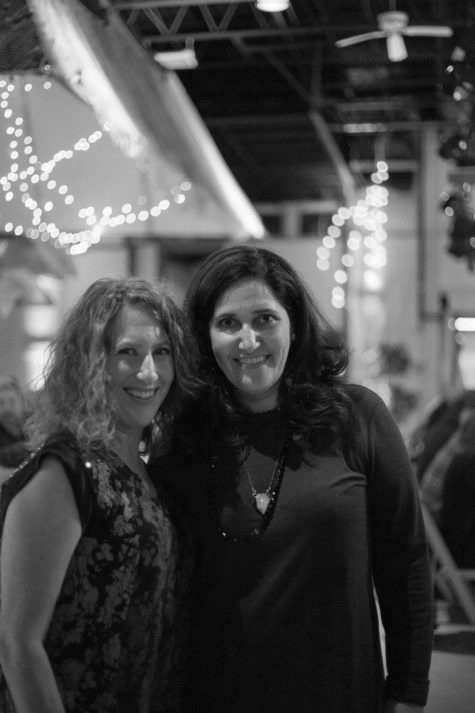