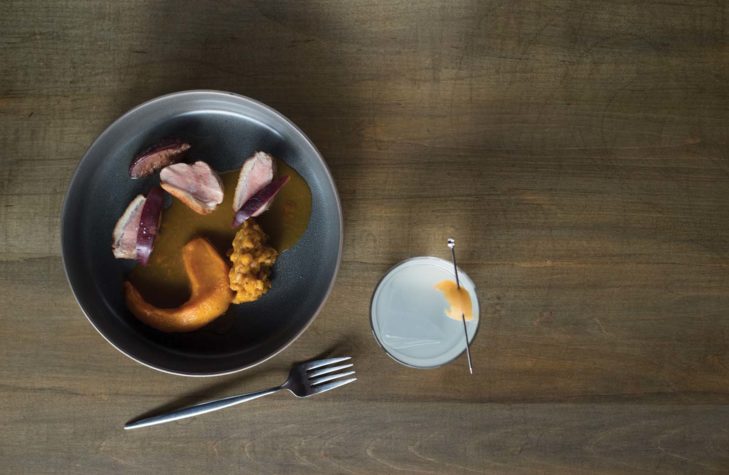 Roasted duck with preserved plum, pumpkin, and rye, and a Spy Fiction cocktail. 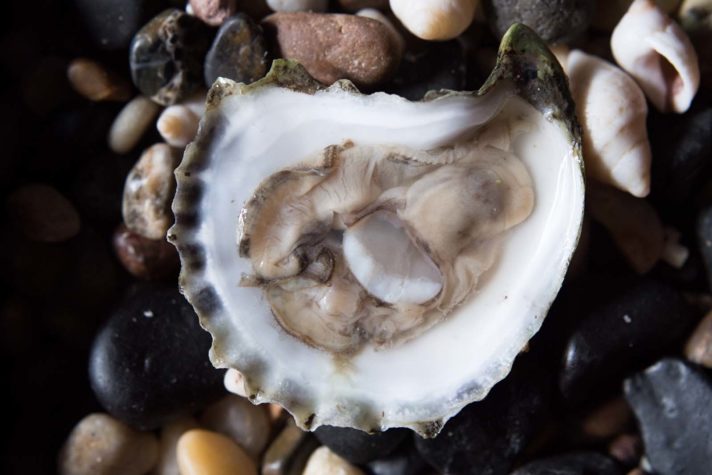 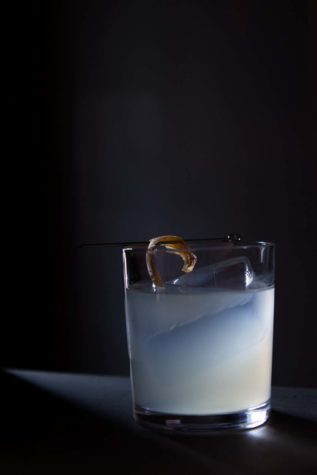 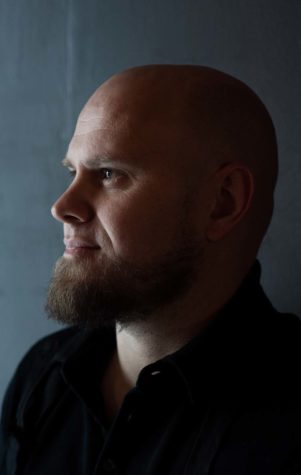 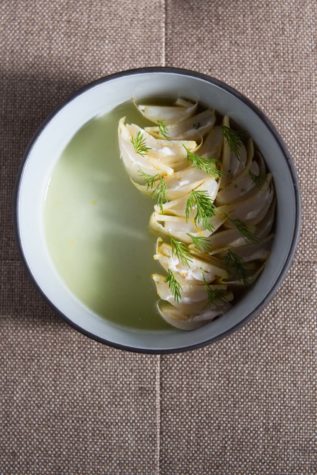 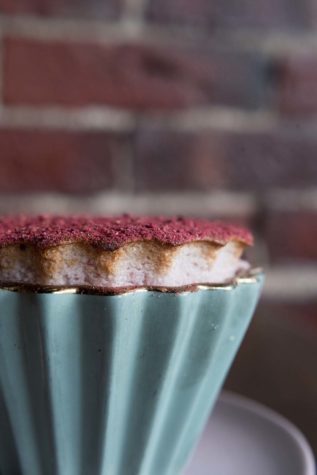 After making his mark in Utah, chef Bowman Brown brings his thoughtful cooking to Biddeford

At first glance, Elda seems to be just the kind of hip restaurant you’d expect in up-and-coming Biddeford: open kitchen, dark gray walls, spare, midcentury modern-inspired furnishings and decor. But, combined with chef-owner Bowman Brown’s inventive, soulful cooking and the exceptional service from his well-trained staff, the stylish dining room and bar are not just on trend: they’re inviting backdrops for one of the most memorable restaurant experiences in Maine right now.

In Elda’s first year, Brown has added some new accolades to the ones he received at Forage, his former restaurant in Salt Lake City, Utah. Those include Food and Wine’s 2011 Best New Chef and six James Beard Award nominations for Best Chef in the Southwest. Last July, just eight months after Elda opened, Eater named it one of the “18 Best New Restaurants in America,” and in September the New York Times praised it as “reverent and innovative.”

Brown did not expect to land in Biddeford when he, his wife, Anna, and their now 11-year-old daughter, Maisey, decided to relocate to New England from the Southwest. An Arizona native, the chef went to culinary school in New Hampshire and worked in restaurants in San Francisco before opening Forage in 2009. It closed in 2016, and he and Anna set their sights on running a restaurant and inn. They bought a circa-1725 farmhouse and barn in Nottingham, New Hampshire, where they now live, and are hoping to open it as Merry Hill, an eight-room inn and 24-seat restaurant in the spring of 2020.

In the meantime, however, Brown needed a job, and after so many years as his own boss, he didn’t want to work in another chef’s kitchen. The former Custom Deluxe space on Main Street in Biddeford was up for lease, and after comparing rents with those in Portland and elsewhere along the coast, he made the decision to open Elda, named for his great-grandmother. “I really have no connection to Biddeford outside of just showing up on the scene and seeing the potential for growth here,” he says. Brown and Elda are now a part of that growth.

On a snowy Friday evening in late November, downtown Biddeford is busy with people walking to and from restaurants and bars. My companion and I settle in at a table in Elda’s bar area and are pleased to see local clothing designer Roxi Suger, who creates and sells her eco-friendly Angelrox clothing line in a nearby converted textile mill. A fan of Elda, she’s having a cocktail with friends and says we’re in for a treat. Our first confirmation of this is the warm, house-made rye bread, offered in thick, crisp-crusted slabs with good butter, and an amuse-bouche of earthy mushroom broth.

Elda’s menu includes three choices in each of four courses, plus a cheese option listed with desserts. “One of the things I’ve always tried to do is to have a point of view and stay with it. What are the things people are going to want to eat; what are the things that I do well?” says Brown. “I think that’s reflected in the menu, which is pared down but has enough variety of tastes, textures, and ingredients.” He makes incremental changes every day or so, with a complete turnover of the menu once a month. Fish and seafood figure prominently, a choice Brown says makes sense for the location—and because it also offers a challenge he craves, as the category is relatively new for him. Dishes can be ordered a la carte, or diners can do what we did: choose one of each course for $52, which feels like a bargain.

We start with crisply fried smashed sunchokes dipped into a tangy cheddar sauce, which Brown makes like a ganache by stirring clothbound cheddar into hot cream, and a clean-flavored mackerel tartare with pickled onions and potato chips. For the second course, the presentations are dazzling: marinated bay scallops and thin slices of endive, Mutsu apple, and kohlrabi arranged like a sculpture in a shallow bowl, and meaty pieces of peekytoe crab on a bed of soft scrambled eggs with poached carrot slices and crunchy buckwheat kernels, all ringed by a halo of foamed butter. Our entrees are appropriately autumnal in color and taste and not remotely heavy. Smoked monkfish is plated with caramelized cabbage and braised Arikara beans (an heirloom dry bean named for a Native American tribe from North Dakota) in a ham broth, and Brown pairs crispy-skinned duck—roast breast and confit leg—with preserved plum and pumpkin on a rye crouton. Both main courses are well matched by a generous pour of our server’s wine suggestion, a southern Rhone blend known as GSM: grenache-syrah-mourvedre.

Our desserts are similarly light but intensely flavorful. Hot cranberry soufflé dusted with pink sugar is charmingly presented in a fluted ceramic dish with dark chocolate sorbet, vanilla bean whipped cream, and hazelnut crunch, and a frozen layer of marshmallow tops a bowl of Meyer lemon custard which hides a luscious center of pistachio and Douglas fir cream.

The reasonable portions and the chef’s light touch allow us to eat every morsel of every course—plus the homemade honey-beeswax caramels that come with the check—and feel satiated but not stuffed. This is purposeful, and reflects the ethos Brown honed at Forage, where he counted the number of bites in his tasting menus. “I’ve spent my career thinking about what is the right amount of food,” he says. “I’ve also tried to make my food interesting and comforting at the same time, so that people don’t feel intimidated. If we do one thing well, I’m hoping that’s it.”

Elda does more than one thing well. Our server, Liz Johnson, provides some of the most elegant service I’ve experienced outside of high-end, white-tablecloth restaurants, gracefully replacing silverware between courses and crumbing the wood-topped table with a precisely folded cloth. Like Brown and the rest of his team, she demonstrates the confi- dent yet quiet skill that makes this chic, comfortable restaurant a bonus for Biddeford, and for Maine. 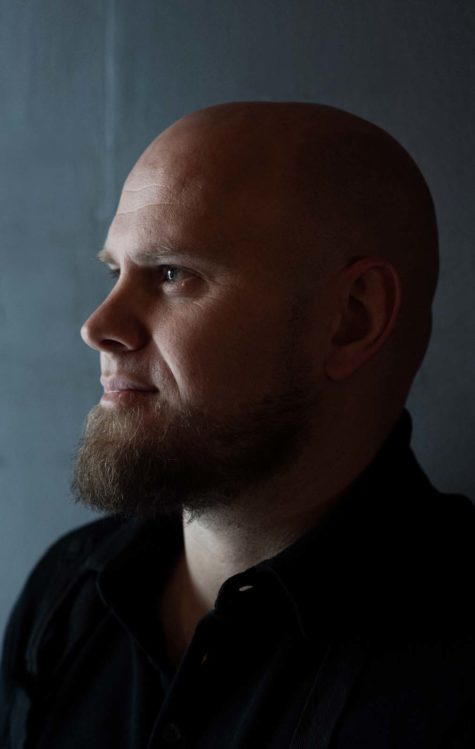 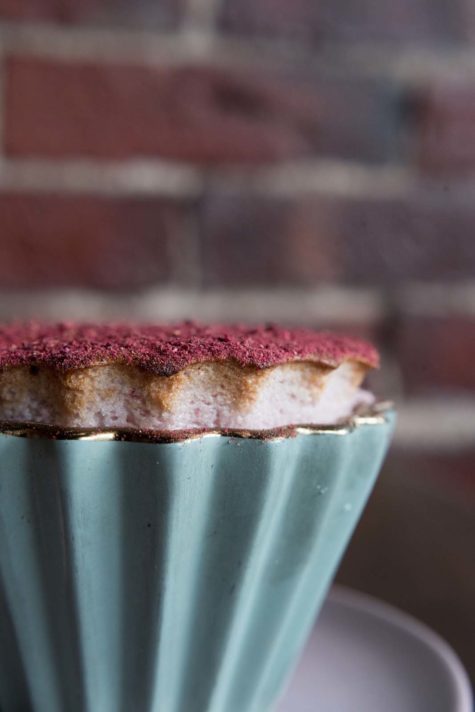