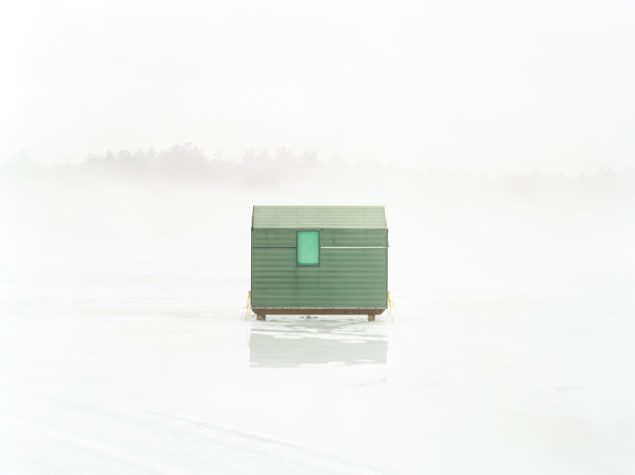 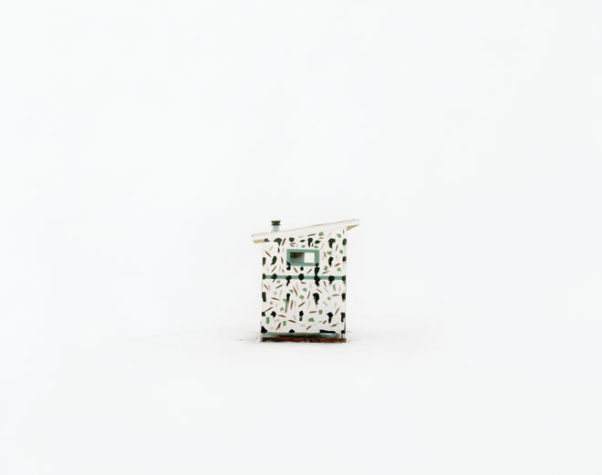 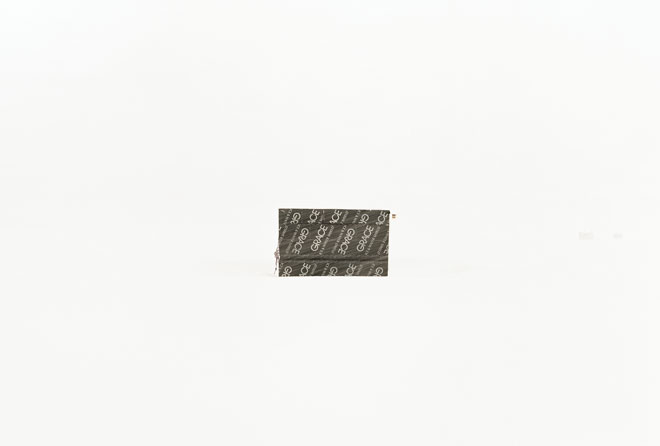 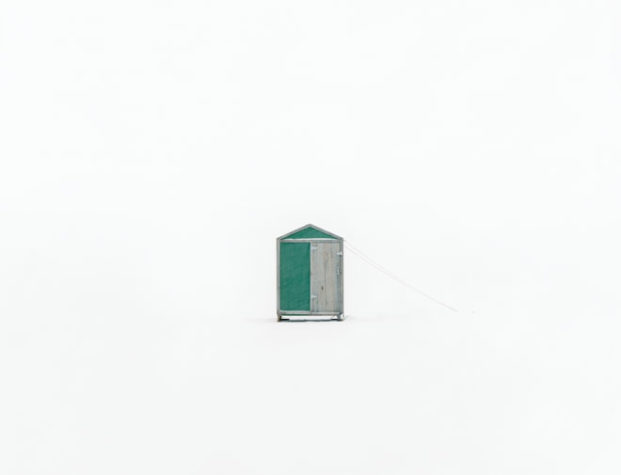 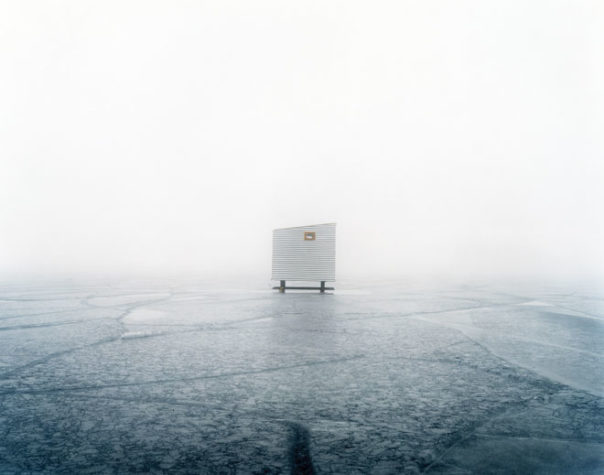 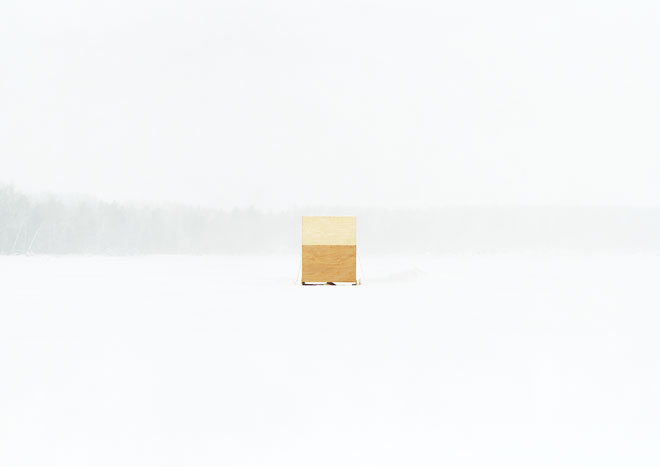 Guys go out for a lot of different reasons. Mostly it’s about getting away. Shacks are kind of like treehouses for grown men.

Fishing is just an excuse to go hang around with your buddies. When I go out, I don’t see many guys. I tend to go out in the worst weather. I prefer to photograph on milky days in rain, fog, and snow, when the light is filtered and the range of color is extremely narrow. When the weather is crap like that, late in February or early in March, going out on the lake is like walking out to the end of the earth.

I like spending time by myself. It gives me time to think and get away from the city. I wrote the better portion of an album while I was out ice fishing. When I go out, I tend to do two kinds of fishing: I go out sport fishing for salmon or trout, but I also go out meat fishing. I eat a lot of fish. I fill my freezer with cusk. They’re plentiful and can weigh up to 15 pounds. I love going out on beautiful warm nights in March when it’s 55 during the day, there’s no wind, and the sky is just this brilliant electric blue.

When we tell people we’re making an ice fishing film, a lot of them are like, “You mean an ice drinking film?” If they see us coming around with a camera, they hide their beer bottles or whatever. Yes, drinking is a part of the culture, sort of like drinking beer and watching the game. But we’re also trying to find out why people go out and spend five hours a day looking at a hole when it’s ten below. I mean you can’t even see the fish. It seems extreme. And guys spend thousands of dollars doing this. We’re trying to find out why. And generally, the answer to that question, “Why?” is a good story. Something drives people outdoors.
– Dan Sites, documentary filmmaker working on Hard Water: A Maine Ice Fishing Odyssey, Portland

Moosehead has an overabundance of lake trout. We call them togue. The state’s been trying to reduce their numbers to get our landlocked salmon big and fat. Most of the people I bring out onto Moosehead Lake are families. I lead a few father–son trips. It’s about being outside. Sure, you can rent ice shacks. Heck, if you’ve never done it, though, you want to hire a guide—if you want to catch anything. Traps are 25 dollars apiece. A good ice auger is 350 bucks. If you’re only going out once, at least you got someone cooking your lunch and telling you where to catch fish.
– Mark Patterson, guide, North Woods Outfitters, Greenville

I was up at Turkey Pond dipping smelt. A guy I knew said he had been out after night crawlers and had filled a five-gallon bucket with worms. Which is just impossible. But he was full of stories. Another time, he said he was out trolling on the lake, and got hung up on something. And he reeled it in. Well, it turned out to be a fish house—an ice shack full of water that had been at the bottom of the lake. It must have weighed half a ton, for chrissake. Can you imagine? He said he didn’t know what it was until the shack’s stovepipe was sticking out of the ice. And my other friend asked him, “Tell me, was the fire still going?” What a story! It was so ridiculous.
– Carroll Cutting, owner of Jordan’s Store, Sebago