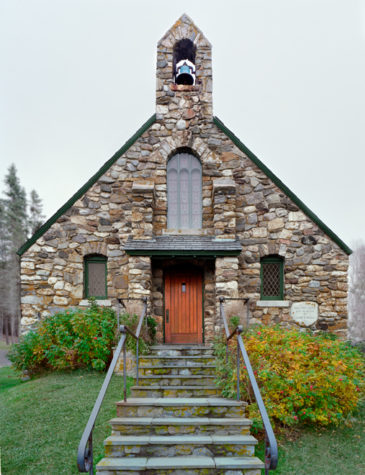 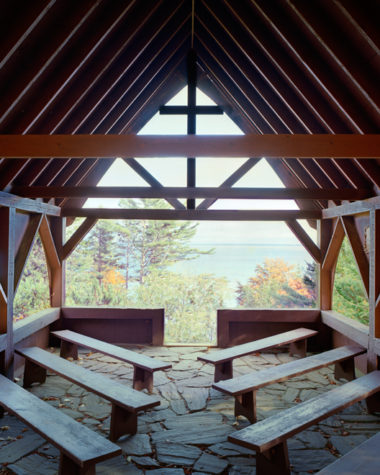 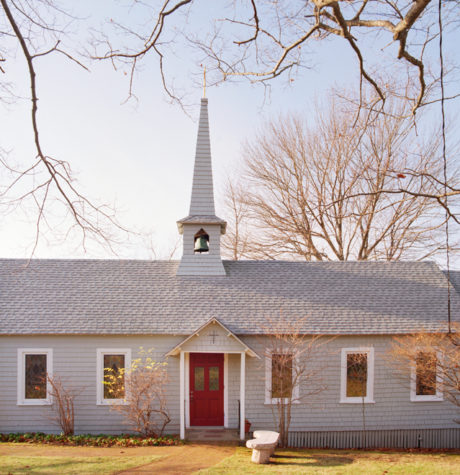 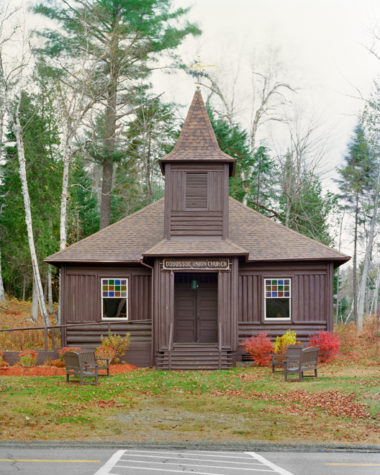 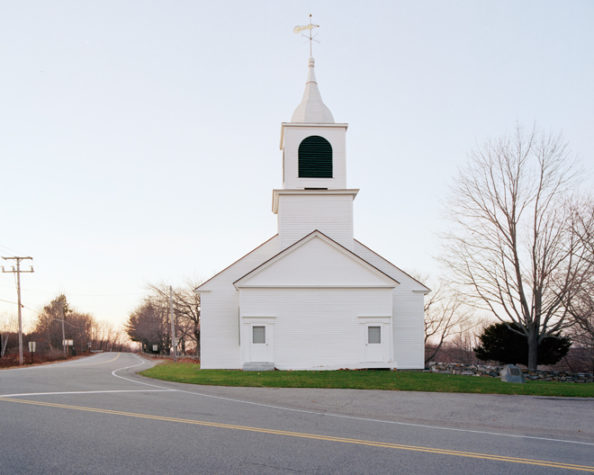 Some of the oldest and most revered buildings in Maine are chapels. After decades filled with ecclesiastical gatherings and non-denominational celebrations alike, these sanctuaries are still in use today, serving their communities as they always have. Many of our state’s chapels were built by community members who raised the necessary funding, labored with their own hands, and maintained them year in and year out. And here they are, a century—or two—later, still standing tall.

Spurwink Church, Cape Elizabeth
Spurwink Church was originally built in 1802 as a meetinghouse. It was reconstructed in 1834, when a steeple and belfry were added, but curiously, the church didn’t receive a bell until 1970—some 140 years later. As Cape Elizabeth Town Manager Mike McGovern says, “The Spurwink Church has a very strong New England feel. It’s always been a simple church, but the inside is very beautiful. It has an old chandelier, since refurbished, and through the windows you can see trees, a beautiful marsh, and a cemetery.” The community still looks after it, too. In 2010, the church was raised up on girders and received a completely new foundation, among other renovations.

Oquossoc Union Church, Oquossoc
Located along the northwestern edge of Rangeley Lake, a few miles down the road from Rangeley proper, this small, single-story log church was constructed in 1916. Its simple aesthetic and picturesque location have made it a local landmark, and the church was added to the National Register of Historic Places in 1984.

Trinity Chapel, Kennebunk
“Trinity Chapel is one of eighteen summer chapels in the state,” says Heidi Shott, canon for communications and social justice at the Episcopal Diocese of Maine. “These  congregations were initially formed by summer residents and stretch from York Harbor up to Sorrento in Hancock County. Life plays out in summer chapels as it does in any church—they hold weddings, baptisms, funerals. And there’s still a rich community here. One summer resident recently said, ‘It’s the only place you can go at eighty and still play with the same people you played with when you were five years old.’”

Vesper Hill Children’s Chapel, Rockport
This outdoor chapel overlooking Rockport harbor is surrounded by herb and perennial gardens. A plaque inside displays the words of the chapel’s founder and benefactor, Helene Bok: “This chapel is built to the memory of all young people who have passed through this world and gained God by so doing. It stands for freedom of thought, prayer, and action….May the Lord bless all young people who come here for spiritual and mental refreshment.”

Janet M. Wilson Memorial Chapel, East Boothbay
From the stone staircase of the Janet M. Wilson Memorial Chapel you can look out to the Atlantic and see Fisherman’s Island, Ram Island, and the Hypocrites in the distance. “It’s steps away from the water on Ocean Point,” says Reverend Connie Mills, “and the stonework and stained glass inside are gorgeous.” The chapel was built in 1917 and named after the wife of Lewis Wilson, the original builder.