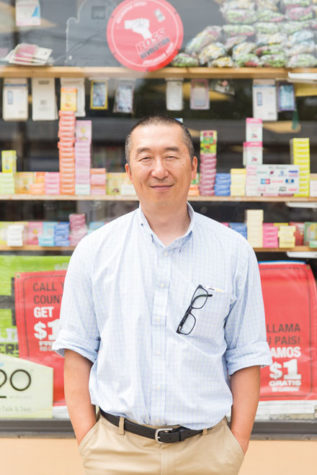 Tae Chong works with the CEI StartSmart program, which has helped 1,300 people start or strengthen more than 300 businesses in the state. 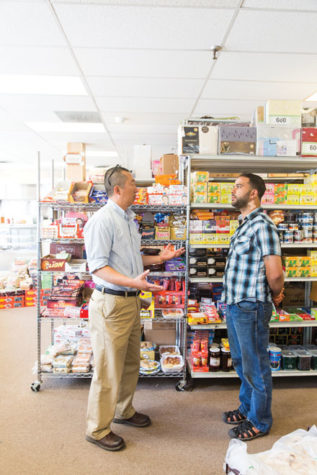 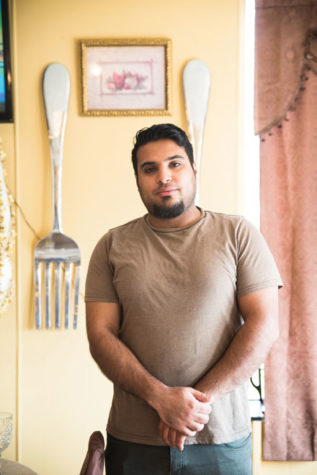 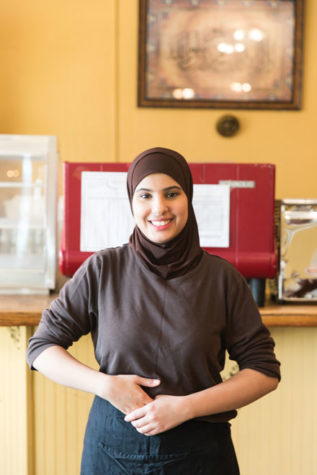 Zahria Rikkan, the younger sister of Ammar, is a college student at Wheaton College in Massachusetts, where she is pursing a degree in neurology. 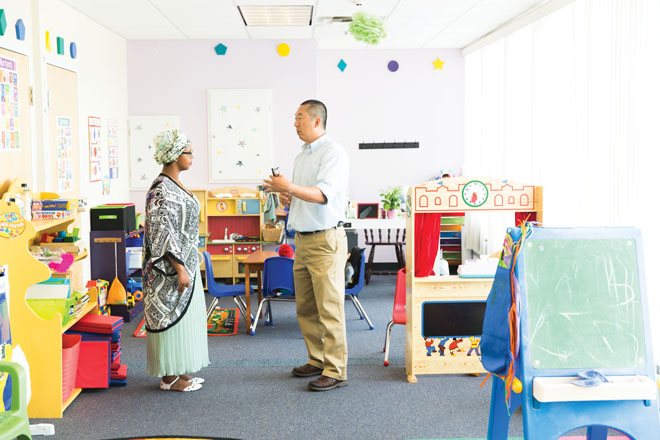 Tae Chong has watched the landscape of his home city change dramatically withthe influx of new Americans who have found ways to complement the local culture and revitalize the Maine economy. 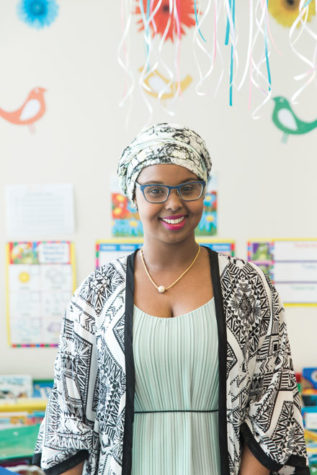 On Halloween night in 1976, Tae Chong sat on the floor of his cousins’ house in South Portland in the dark. Chong and his family had just travelled from South Korea to the country that would become their home. Seven-year-old Chong spoke no English; his cousins spoke no Korean. As trick- or-treaters came to the door, Chong was confused yet fascinated by the vagaries of American culture—a fascination that would contribute to his future desire to help other new Mainers better understand their world.

“All these kids knocked on the door wearing costumes, and they said something in gibberish,” remembers Chong. “My oldest brother, not knowing the culture or the customs, grabbed handfuls of candy and gave it to them. It was like this universal ‘Ah-ha!’ in the neighborhood, and all the kids just swarmed to our house.” That, says Chong, was his introduction to America. “We turned off the lights and hid, and prayed that more kids didn’t knock on the door.”

Chong was not able to hide for long. When his family moved to Brackett Street in Portland, they learned what it meant to be members of a minority group in Maine. People stared openly at them. Cars slowed—and sometimes stopped—so that their occupants could get a better look at the Chong family. Chong’s educational experience was not much different. When Chong was a student at Portland’s Reiche School, classmates waited outside his house and trailed him down the street. These were painful times.

“I couldn’t communicate and I wasn’t in charge because I was only seven,” says Chong. “That’s where it was a little scary. It was also fascinating being the only one that stands out. You end up being the observer.” Chong has carried this tendency into his adult years. “I am always trying to observe the norm even though I’ve been here for almost 40 years. That’s the kind of education you get as a person of color in a place that’s not very diverse. You’re not necessarily fitting in but just trying to understand your surroundings.”

Chong is no longer alone in his minority status. According to Chong, 42 percent of the children who now attend Portland schools come from multicultural backgrounds. “I never would have imagined what it is today,” says Chong. “Thankfully it is reflective of what the nation is. If you look at where the country’s headed, it’s going to be like this for the foreseeable future, if not more diverse. I think it was fortuitous that I was here to see that change.”

Chong wants people to know that although new Americans have interesting and diverse backstories, they are more like previously established Americans than we may realize. “Immigrants have a great story, but they also belong to this community,” says Chong. “Everyone wants to feel like they’re a part of a greater fabric. Immigrants and refugees want a safe place to live. They want to raise their kids where education is valued and community is valued.”

Chong’s family moved from South Korea for those very reasons. World War II and the Korean War had left that country in a state of uncertainty. In 1976, South Korea was under martial law. Businesses, like the Chong family restaurant, had been taken over by the government, leaving his parents searching for work. Citizens were not allowed on the streets past 10 p.m. There was also extreme poverty and hunger. “My oldest brother remembers standing in line for food,” says Chong. “If you had an egg for dinner, that was a big deal; I could make a piece of chocolate last three weeks.”

Chong always felt the love of his family— and the love of a greater community. “When you are a kid, you don’t always know if you are poor. You do know that you are loved.” The Chongs came to Maine as the result of a connection made during the Korean War. When Chong’s father and uncle lost their parents, a soldier named George Bartlett took an interest in the teenagers, defending them during the military conflict. After returning home to Windham, Bartlett offered to sponsor them if they emigrated to the United States. “George wrote a letter to my uncle and said, ‘Why don’t you come to Maine? It’s a great place to live,’” remembers Chong.

Chong’s uncle took that advice and traveled to America with $10 in his pocket and a couple of suitcases. He found a job—first as a janitor at a local church, then at Fairchild Semiconductor—and built a new life for his family in Maine. He encouraged his brother to join him, and welcomed his brother’s family into his home.

Growing up, Chong made friends by playing pick-up basketball—usually the only Asian kid on the courts—and participated in a broad range of school activities. After graduating from Deering High School, he matriculated briefly at Bowdoin College, before returning to Portland, where he finished his undergraduate education at the University of Southern Maine (USM).

Initially, Chong wanted to leave Maine, and headed to Texas, hoping to make his way to California. A friend encouraged him to come back and help his childhood community become more welcoming for people of color. “Like many who faced and experienced pain, I wanted to work to remedy it for others,” says Chong.

For the past twenty years, Chong has sought equality for new arrivals and other people of color. He has served on the executive board of the National Association for the Advancement of Colored People, League of United Latin American Citizens, and Asian American Heritage Foundation as well as on the Portland school committee.

While he was acting as a liaison to the Portland Police Department in the West End neighborhood, he met his future wife, Susan, a social worker. He and Susan came from markedly different backgrounds.

“My wife is from New Jersey,” says Chong. “She’s Irish, Ukrainian. She has blond hair. We went to Korea and she stuck out. Whenever we went to a park, school kids saw her and would run to her. They wanted to ask her all kinds of questions. That was what I experienced growing up.”

Chong realized that he wanted to find a more permanent way to foster understanding between culturally diverse populations. Having had experience in education, social services and political advocacy, he began a master’s degree in public policy at USM. He soon changed his focus to business administration. “I thought, ‘People need to have jobs to create successful lives,’” says Chong. “If I could help them with their businesses, I would be helping them create successful lives.”

For the past three years, Chong has put his MBA to use through his job as a business counselor with the StartSmart program at Coastal Enterprises, Inc. (CEI). “If you look at the main streets in Portland, Lewiston, and now in Biddeford, you see ethnic restaurants and stores,” says Chong. “CEI has had a part in helping those businesses.”

Chong has personal relationships with many small business owners in Maine—and is proud of their success. In the summer of 2015, 26-year-old Naima Abdirhmon opened the Arwo Learning Center, a child care facility on Forest Avenue in Portland. Born in Mogadishu, Somalia, Abdirhmon grew up in Portland and graduated from the University of New England with a doctorate in pharmacy.

A practicing pharmacist, Abdirhmon volunteered with the Portland school department as a high school student. “I saw how important it was for children to be exposed to different cultures very early on,” says Abdirhmon. “I wanted to give them this experience in a preschool and daycare setting.”

Chong is thrilled by the work that Abdirhmon is doing. “This is the future,” says Chong. “I want the next generation to succeed.” Chong, who has two daughters of his own, still lives in Portland. He and his wife are raising their two girls to be proud of their heritage. “There is no road map to raising biracial and multicultural children,” says Chong. “We are continually praising, encouraging and supporting their individualism in hopes of creating a strong internal compass.”

Chong has maintained many satisfying relationships with those he has met in the decades since he moved from South Korea. He has become part of the Maine community and helped others who came behind him become part of the community as well. “I have had my angry moments and cynical moments. I think everyone goes through that,” says Chong. “As you get older you realize we’re all connected. The energy that you give out and how it’s received is really important. After 20 years of advocacy and community work, I’m in that stage where I’m trying to be of service. Hopefully that will be my reputation.”