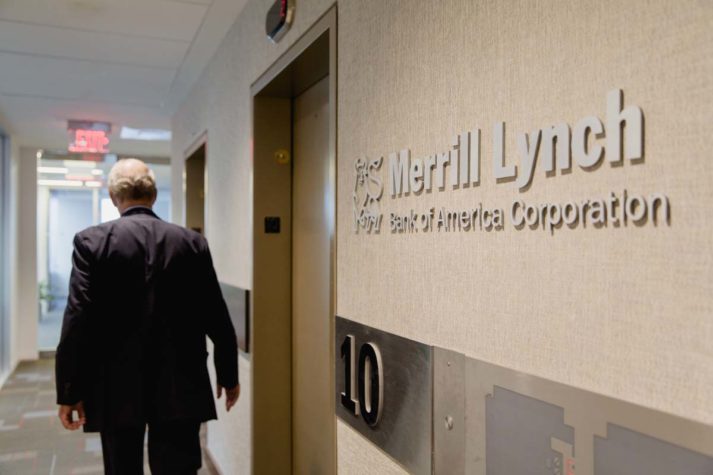 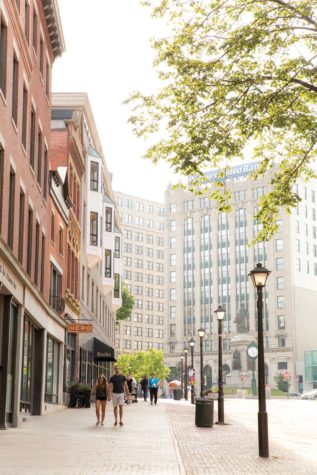 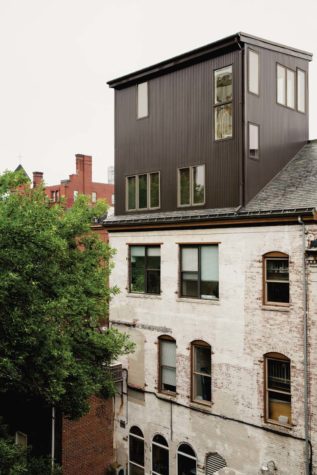 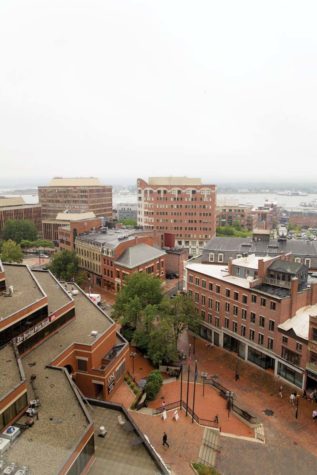 The heart of Portland’s financial district.

With unmatched natural resources and yankee ingenuity, Maine has the tools to rise above economic challenges.

Shifts in the global and national economies have created both advantages and challenges for the state of Maine. The state has lost manufacturing jobs in central and northern regions, while new investment has poured into other areas. The need for technological infrastructure has never been higher, yet some traditional sectors like agriculture are seen as keys to the state’s future. The business and economic leaders we spoke to were in agreement that Maine needs to actively leverage its resources to move its economy forward.

Andrea Cianchette Maker, leader of Pierce Atwood LLP’s government relations group, is helping spearhead some of that change. Maker cofounded FocusMaine, a new private-sector initiative with the goal of advancing the state’s economy over the next decade by supporting targeted industries, and boosting jobs that produce goods or services sold to consumers outside Maine. The group, comprised of leaders from Maine’s business, academic, and government world, identified agriculture, aquaculture, and biopharmaceuticals as growing sectors and markets the state can serve with a competitive advantage.

High-quality, traceable food is in demand, says Maker. With unmatched water quality, relatively inexpensive land, a large coastline, heritage in farming and fishing, and proximity to population centers, Maine is positioned to provide it. Another advantage of Maine’s location is its proximity to Boston. One of Boston’s fastest growing research and development segments is biopharmaceuticals, says Maker. Firms that need manufacturing capacity within a couple hours’ drive are starting to spread out as the city becomes more congested and expensive. She says FocusMaine will be working to encourage biopharmaceutical firms to locate manufacturing operations in Maine.

However, Maine still needs to build the capacity of its workforce. “Those states that have people in the workforce who are educated and innovative and are striving to make the next best thing—knowledge workers—they generate high productivity and job growth. Maine needs to do what it can to retain knowledge workers and attract knowledge workers,” says Maker. “I feel that we have a lot of the right ingredients. We have a lot of people who are interested in helping grow Maine’s economy.”

One of those people, Susan Corbett, CEO at Axiom Technologies in Machias, advocates for the need to expand and improve broadband internet access in both rural areas like Washington County and more populated southern regions. “Every single business right now is affected by broadband connectivity, one way or another,” Corbett says. Even a traditional industry like farming is helped by high-speed internet, which allows farmers to order equipment and parts online, and better track the weather and other data, she says. “For us, every connection counts.”

Along with connecting more of the state to broadband and improving internet speeds, Corbett says more workforce development is needed. For some workers that means improving digital literacy, while others need to develop the soft skills of customer relations. “It’s investing in people, teaching them the skills they need that are transferable and flexible enough to provide a variety of opportunities to them. It opens the world to them,” she says. When Corbett speaks to municipal leaders around the state about workforce development, she tells them that by improving the workforce skills of their residents, communities will boost their own economies. “Increase the educational attainment and workforce development skills of your people; then all of the rest of it is going to happen,” says Corbett.

Bill Williamson, Maine state president of Bank of America, agrees that growing Maine’s economy is necessarily tied to improving the state’s workforce, and points to the contrast between Maine and New England as a whole. The state is close to the national average for workers with postsecondary degrees—around 39 percent in 2014, compared to the national  average of 38 percent. But Maine is lagging in New England, where the average is around 46 percent, according to the Maine Development Foundation’s most recent annual economic scorecard. “When thinking about attracting companies to Maine, human capital is critical to them, in terms of staffing their businesses,” says Williamson. A more educated workforce is also needed to grow businesses already here. In the greater Portland area, companies in the technology, life sciences, financial, and insurance sectors are doing well, like Idexx Laboratories in Westbrook and WEX in South Portland, he says. Both companies are very dependent on technology and need highly educated people. “If you look at their paths, I think it’s instructive of the kind of economic development we need more of,” says Williamson.

Bank of America in Maine is doing its part to help with workforce training. Recently, after hearing from businesses that successfully hired workers from the New Mainers Resource Center at Portland Adult Education, Bank of America has embarked on a three-year program to fund work-related financial and English literacy classes at Portland Adult Education in hopes of bringing more immigrants into the workforce. Williamson says that while there are many business success stories in southern Maine, other parts of the state are still adapting to the decline of manufacturing industries. When he was growing up in Maine, he remembers the paper industry leading the way with high-paying jobs. “Those and other manufacturing industries’ jobs are declining, and we need to focus on building new opportunities to take their place ,” he says.

Alan Caron, president of Envision Maine, a group comprised of individuals, businesses, and organizations from around the state working to create a sustainable economy through entrepreneurship and innovation, agrees. He mentions the debate over creating a national monument in northern Maine, which President Barack Obama recently approved, and the argument that it would mean giving up on the historical industries like forestry. Turning away from the past is difficult, he says. “I come from a mill-working family. I know it’s a hard thing to do, but if you don’t do it you miss the opportunities,” says Caron.

He says other states envy Maine’s strengths, like its beautiful environment, engaged communities, and resourceful citizens.
“We used to call it Yankee ingenuity, and before that we called it just making a go of it. But it’s resourcefulness. If you’re not resourceful you can’t make it in a place like this,” says Caron. “If you combine that DNA we have as innovators and entrepreneurs with this natural environment and infrastructure, it would seem obvious that this is a place ripe to do something and do big things.” But Caron sees the lack of coordination as a challenge. “We’ve got people growing great, small companies everywhere, in food, in breweries, on the tech side. There’s great stuff happening but none of it’s coordinated with a larger strategy or policy,” he says.

Maker hopes FocusMaine can assist in providing that strategy. “Working together, collaboratively, as Mainers do and do well, I think we have high potential to change the projected trends we see today,” she says. “And I can say this: they won’t change if we don’t try. States or countries that pull themselves out of economic doldrums do it in part by innovation and in part by getting really intentional about it, setting some goals and applying resources around them. I’m excited about the possibilities because there is an awful lot of work with.” 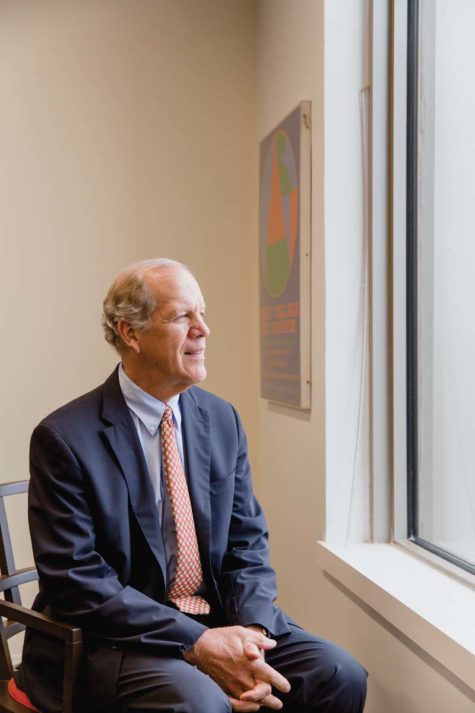 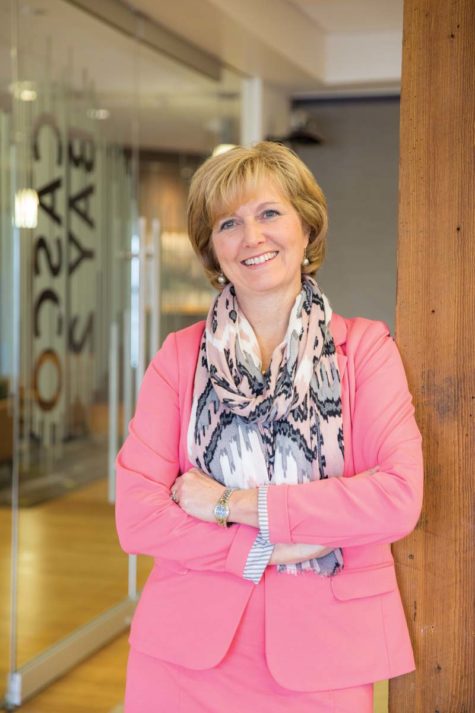 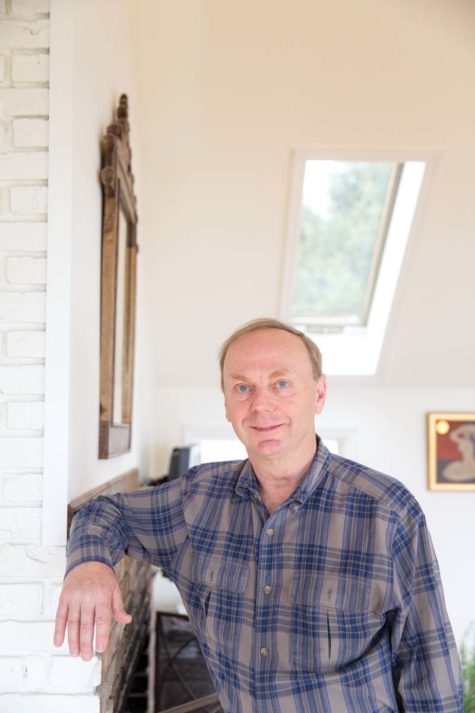 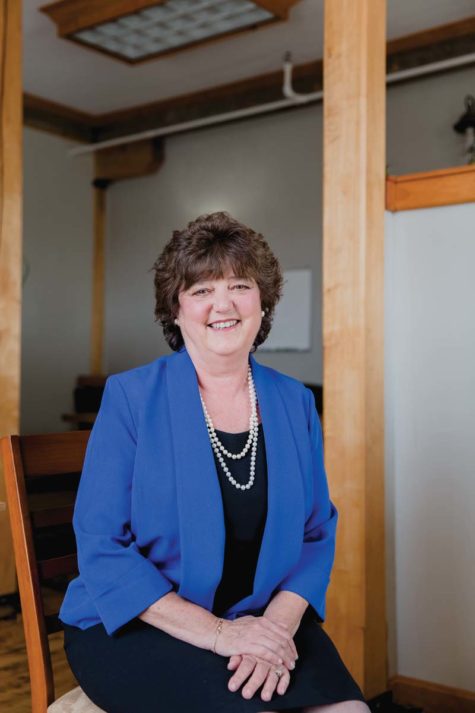