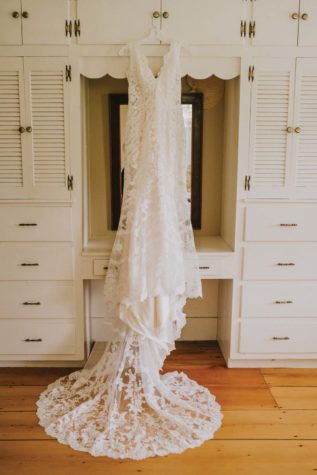 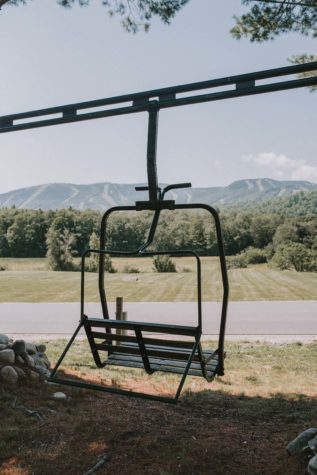 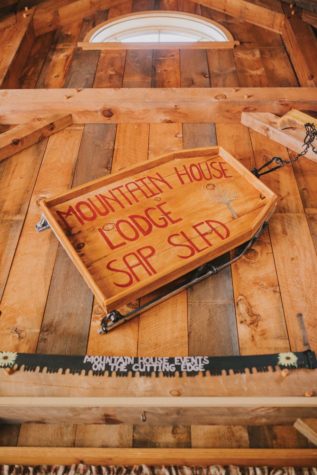 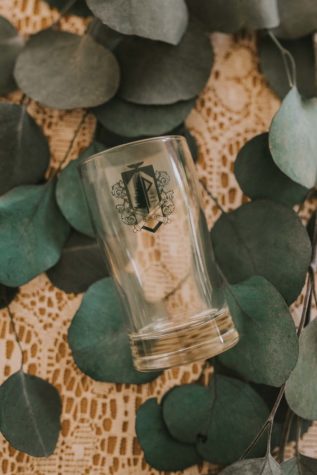 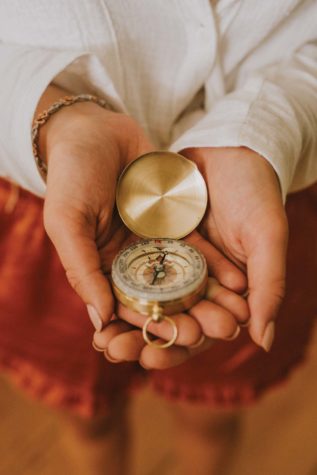 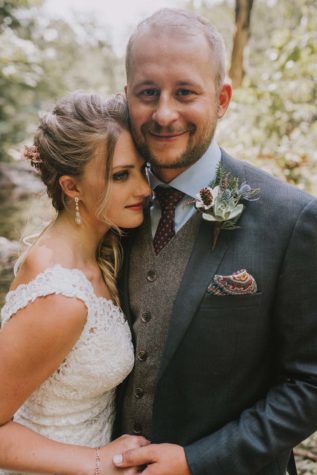 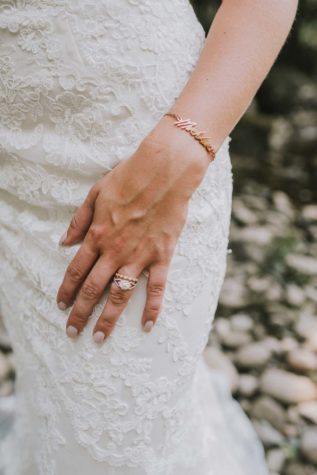 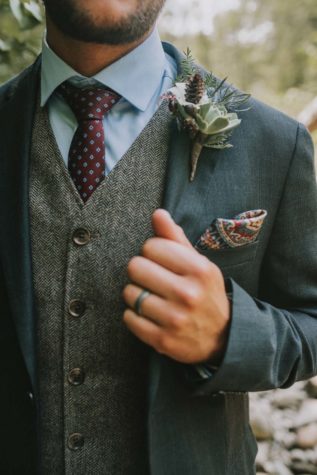 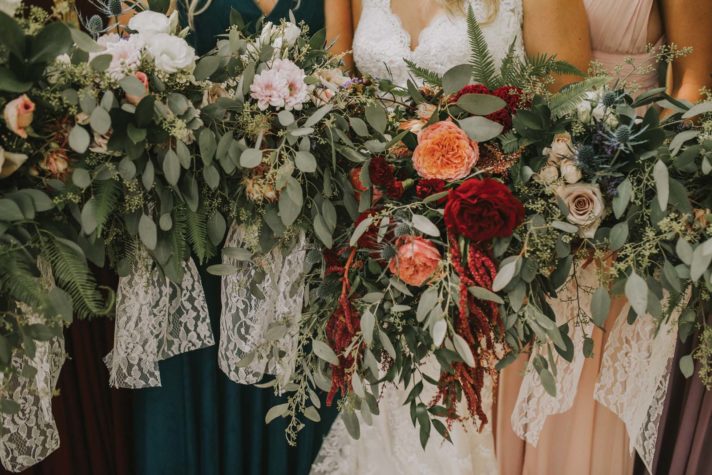 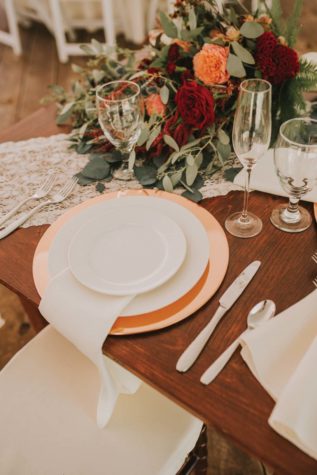 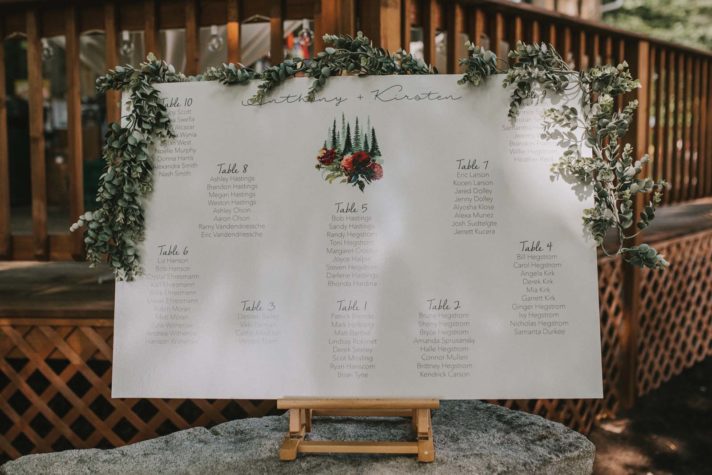 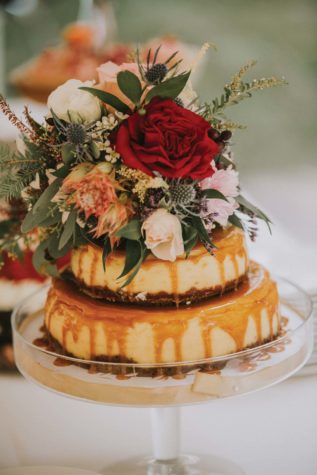 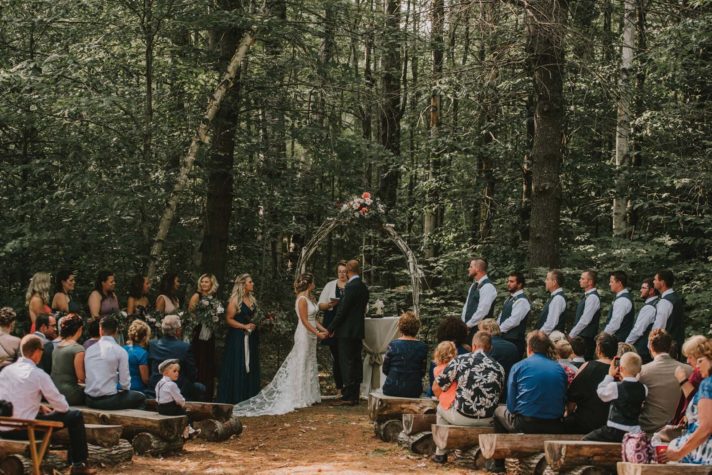 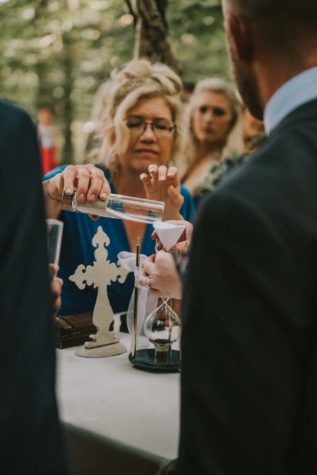 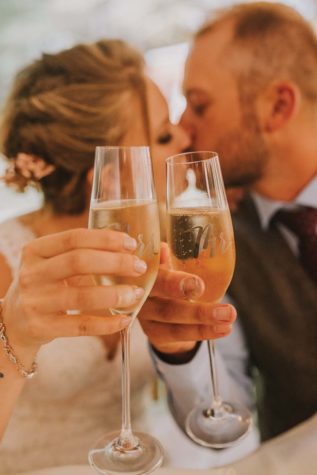 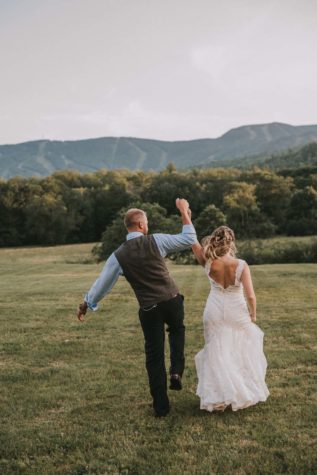 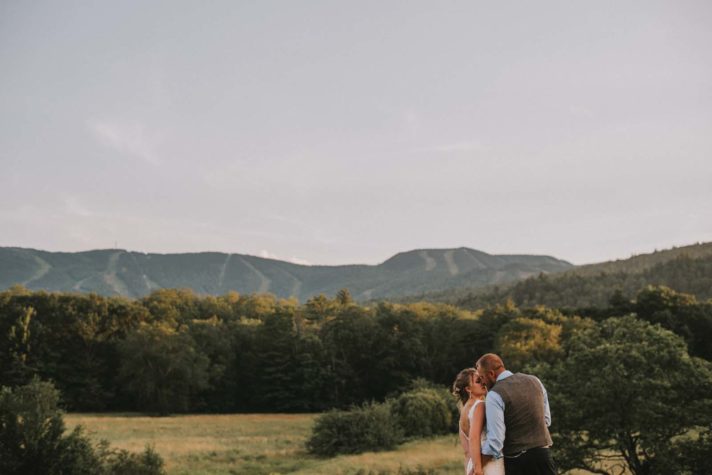 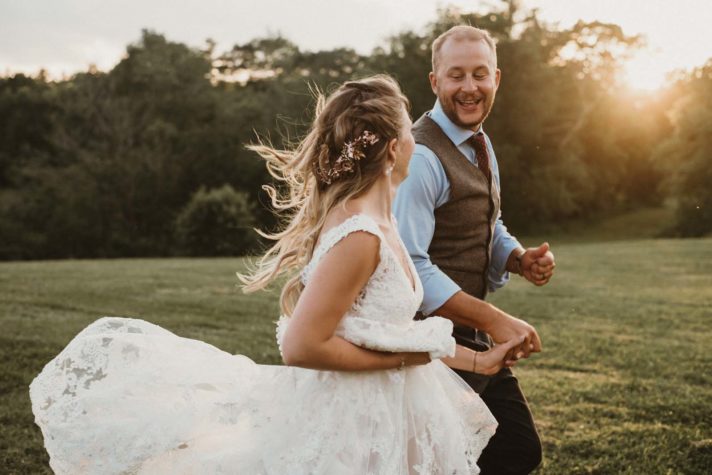 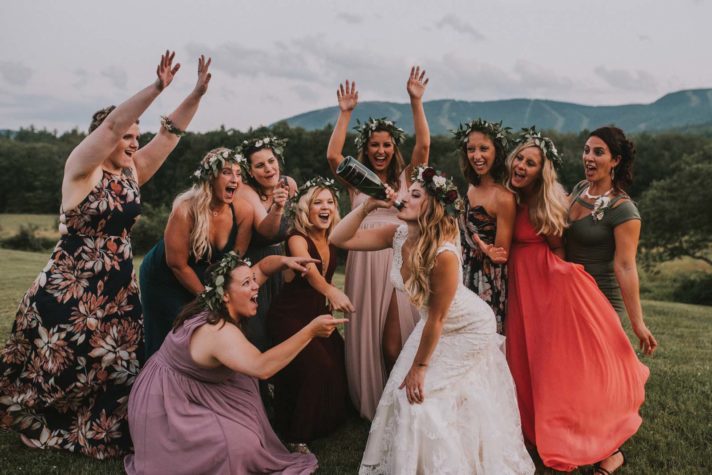 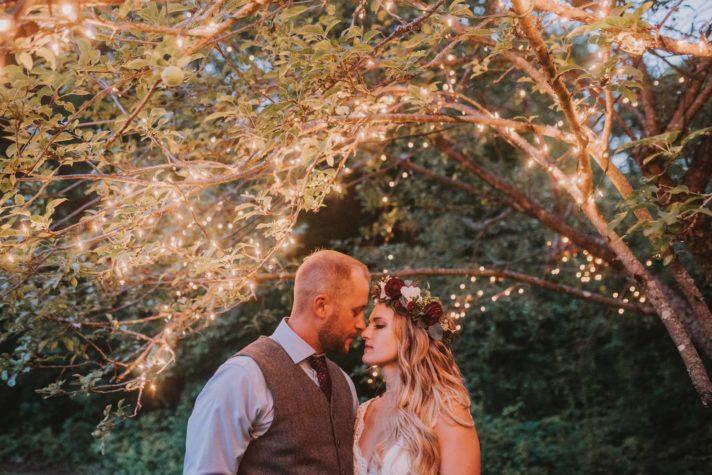 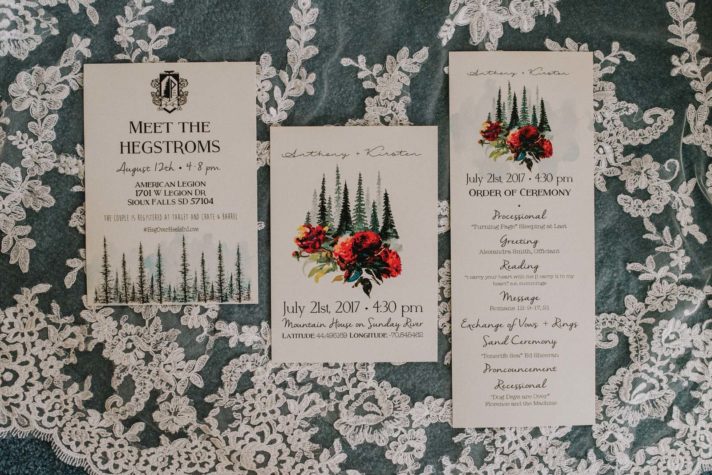 Kirsten and Anthony met by chance one night at a league hockey game in South Dakota, where he was playing goalie. A week later, they met again at a mutual friend’s birthday party. After a few minutes of talking at the party, Kirsten asked Anthony if he would help her flip a house. At that moment, he knew he had found the woman he wanted to spend his life with.

Anthony brought Kirsten to Maine to meet his family for the first time, planning to propose on the one-year anniversary of when they met. It was the dead of winter, and they decided to spend a morning hiking and ice-skating around Lake Passagassawakeag. When they reached the center of the lake, Anthony proposed. He asked Kirsten what she thought of the view and if she could picture forever here; Kirsten said yes. Since a lot of their friends and family live in the Midwest, many guests planned their vacations around the wedding. It was important to the couple that the wedding was a true New England experience, but for their rehearsal dinner, they blended Midwest and East Coast with South Dakota–raised beef and Maine lobster.

COLORS: To Kirsten, it was important that each of her bridesmaids felt beautiful and comfortable in their dresses on the big day. Kirsten had a palette in mind, but as the women chose their dresses, “the colors for the wedding emerged organically,” she says.

SIGNATURE DRINK: The couple wanted to incorporate their family into the wedding as much as they could. For their signature drink, the groom’s grandmother, Joyce, made raspberry vodka from the raspberries growing in her backyard. The drink was aptly named “Grandma’s Moonshine.”

SONG: “Bohemian Rhapsody” came on the radio during their first official date. Without hesitation, Kirsten and Anthony sang the entire thing together, theatrics and all. Their final wedding dance song, naturally, was “Bohemian Rhapsody.” All of the guests joined in and danced to the iconic song, while the bride’s sister captured everything on video. 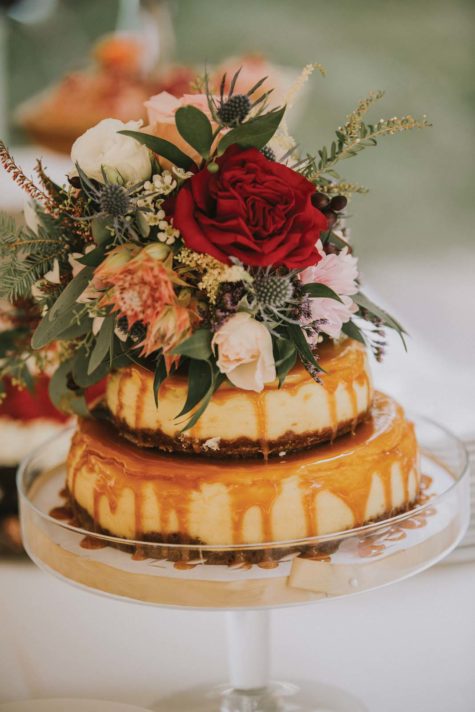 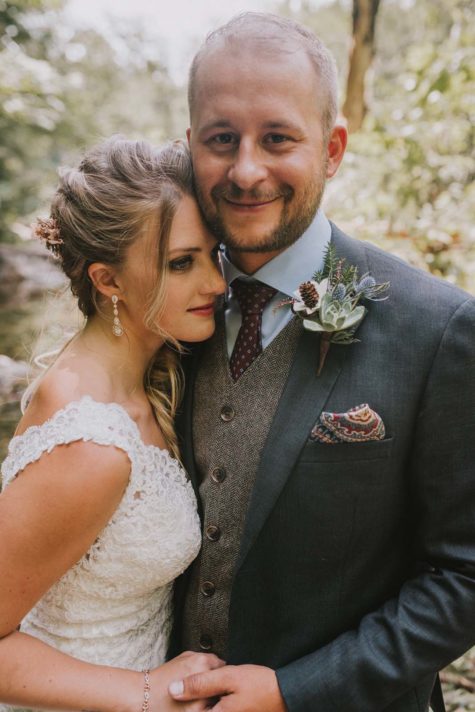 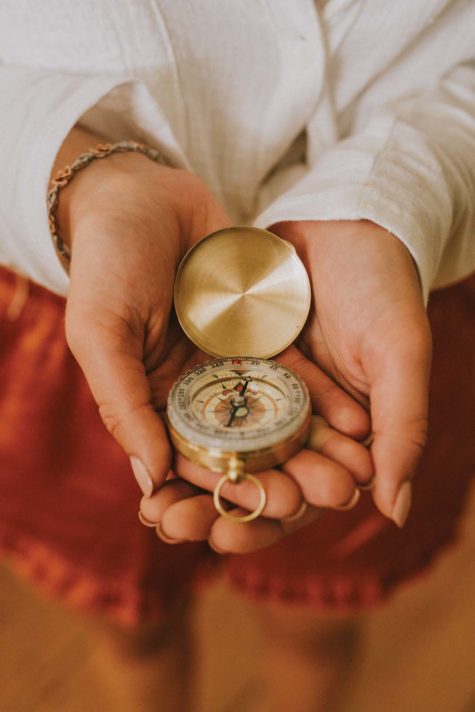