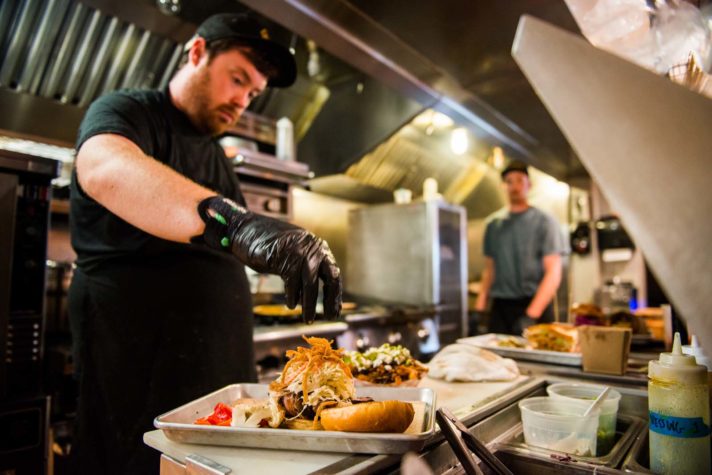 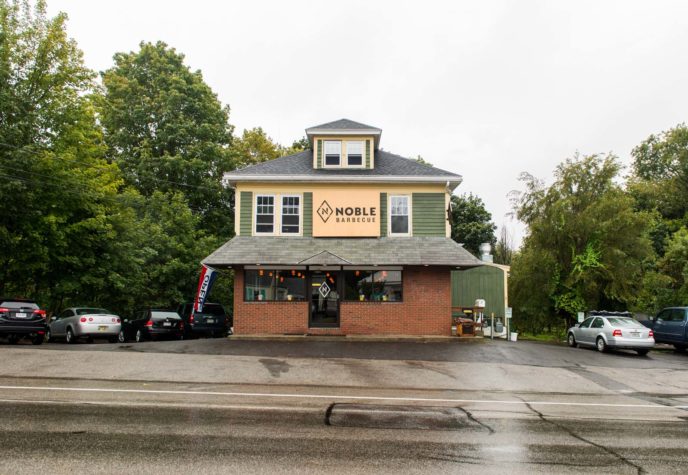 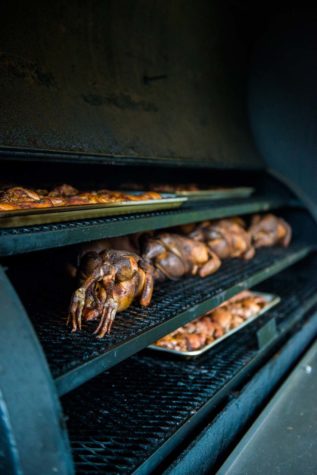 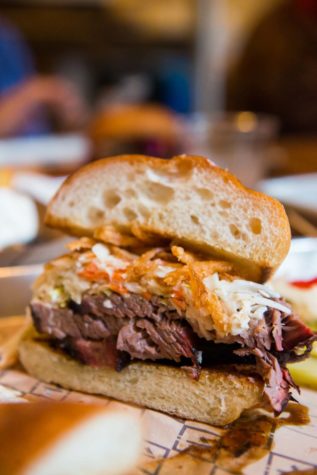 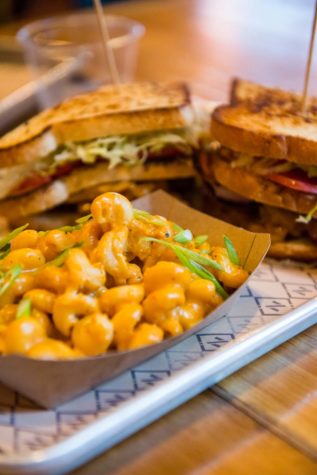 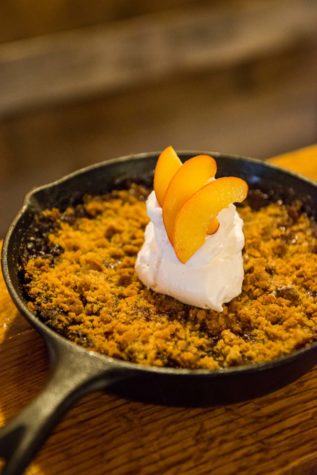 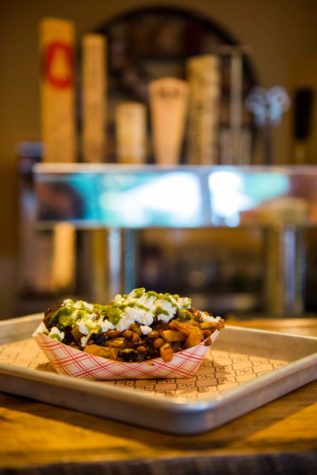 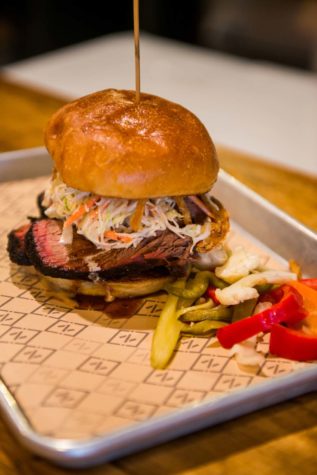 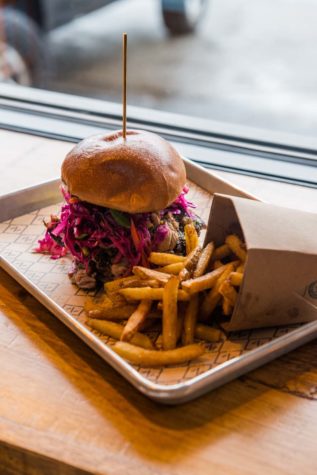 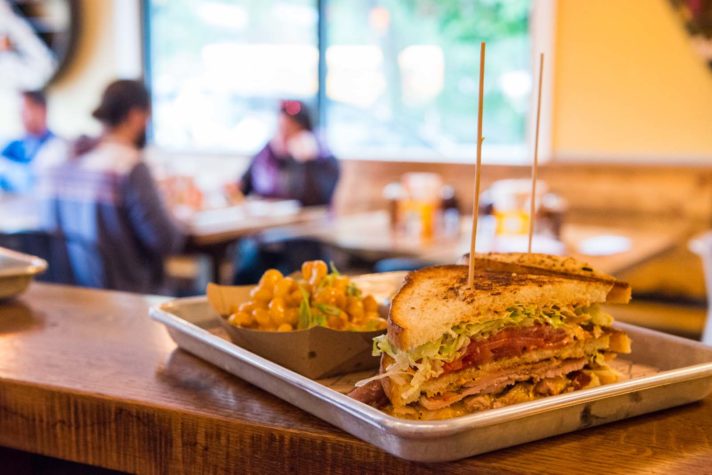 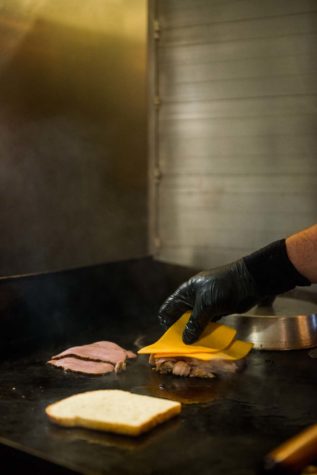 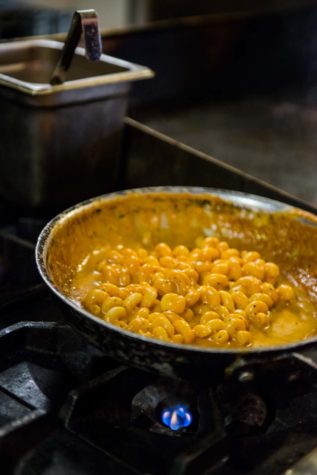 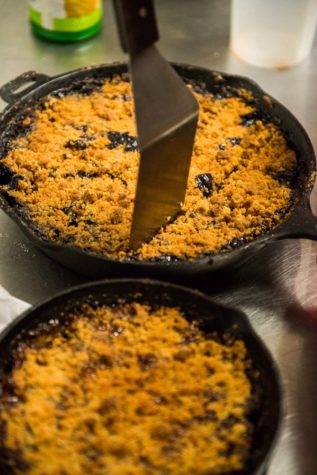 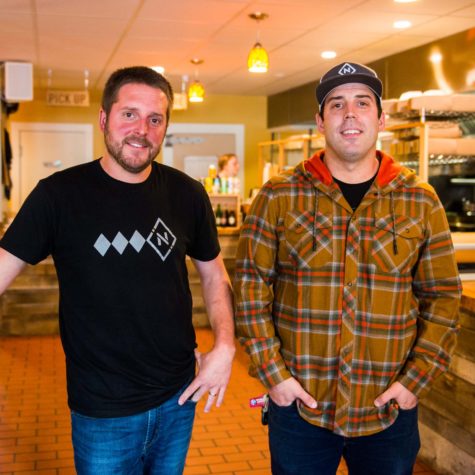 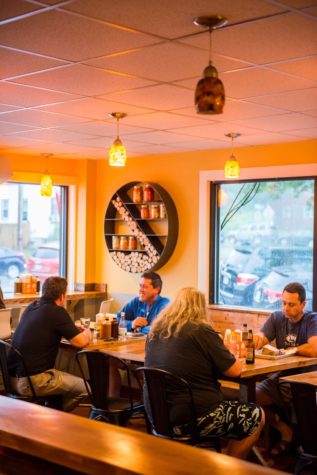 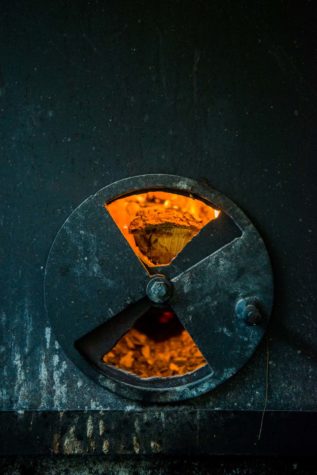 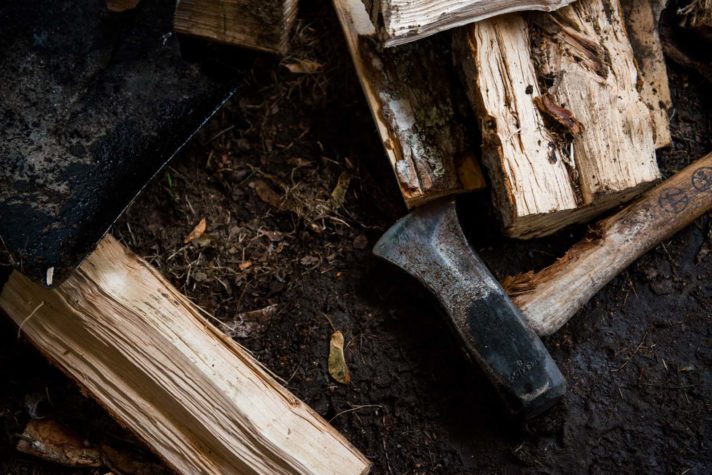 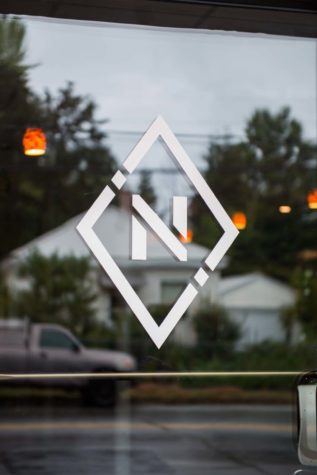 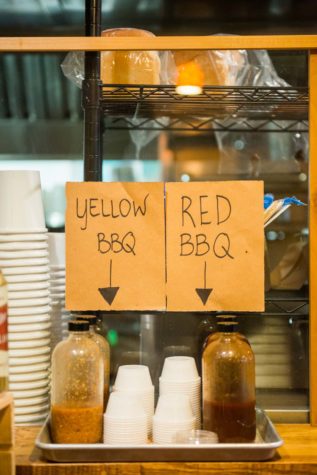 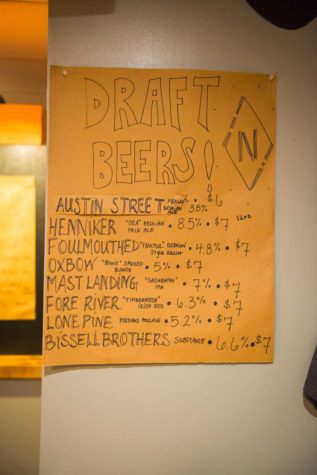 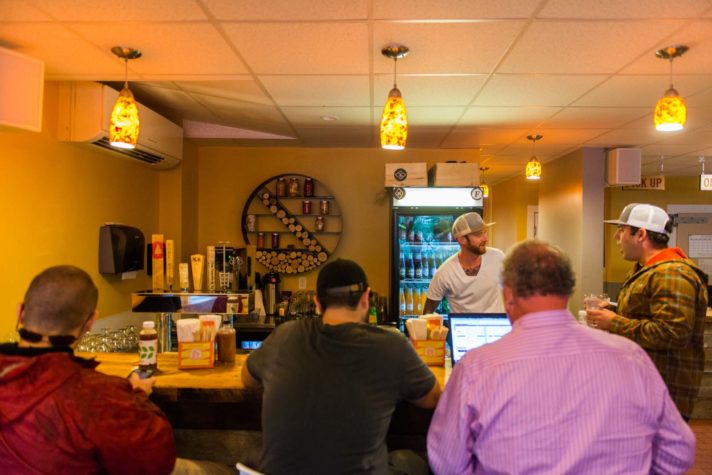 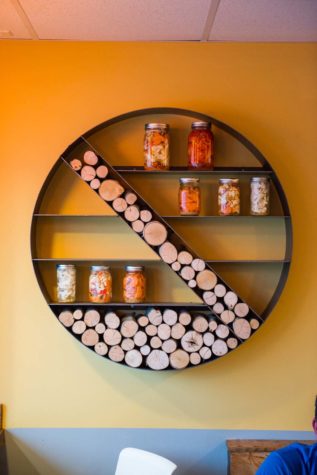 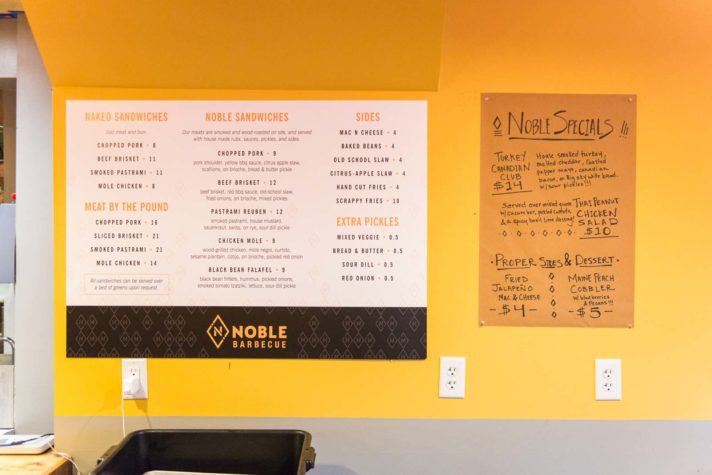 The aroma hits you first. That primal scent of cooking meat, of smoke, fat, and salt, has an almost dizzying effect. As you make your way to the counter, metal trays of sandwiches and fries are hurried past, headed for hungry diners. Wait, what was that? Let’s get one of those, too. The menu at Noble Barbecue is concise: five specialty sandwiches or four “naked” options, just meat and a bun. “This is a fast-casual barbecue sandwich place,” says co-owner Ryan Carey. “I wanted to do something with good quality, good presentation, and mass appeal.”

The meat—pork shoulder, beef brisket, pastrami, and chicken—is undoubtedly the star of the show. It’s all smoked or wood roasted on the premises on three industrial smokers. Carey (whose twin brother, Richard, is his partner), tells me they did six months of testing and tasting to get it just right. “We did so much research,” he says. “We learned there’s an art to it. When you nail a brisket perfectly, it’s awesome. If a piece isn’t up to par, we don’t serve it.” But even a successful star needs skillful supporting actors, and that’s where the creation of specialty sandwiches comes in. Instead of big platters of meat, the sandwiches are the centerpieces of the menu. Served on sturdy buttered brioche rolls, each one is carefully crafted to highlight the meat by adding other creative, house-made ingredients. The chopped pork shoulder with yellow barbecue sauce is fabulous, piled high with citrus, apple, and red cabbage slaw and scallions atop the tender meat. That tasty bun is not afterthought but a player that pulls its own weight. When I ask about the tangy sauce, Carey is reluctant to share the ingredients. “It’s a proprietary blend of spices,” is all he’ll say about it. The thickly sliced beef brisket gets the red barbecue sauce, equally as delicious. It’s topped with an old-school slaw and fried onions, and you’ll need two hands to hold onto it. Every sandwich is matched with its own pickle, all made in-house, the tartness a fine foil to the rich meat. Be sure to check the specials board, though, because this where a lot of the fun is. “Everyone gets to add to the rotating specials,” says Carey. “I let these guys be creative, and they never let me down.” On the day of our visit, a hefty, house-smoked turkey club is offered, with melted cheddar and roasted red pepper mayo. Fried chicken, brined in Miller High Life, is a special that may find itself on the regular menu soon. Vegetarians are welcome and accommodated with a hugely flavorful black bean falafel sandwich. “We want to impress people with the specials, offering things they don’t see every day,” he says.

Side dishes are just as impressive, especially the Belgian-style fries. “The fries are my big thing,” Carey says. “It’s just not a sandwich without fries.” These are hand cut and twice cooked, resulting in an addictively crisp exterior. Like Carey, I would never consider skipping these. They’re also the base for “scrappy fries,” a heap of goodness including baked beans (made from the chef’s grandmother’s recipe), barbecue meat scraps, fire-roasted poblano sauce, and cotija cheese. Scrappy fries are everything, and should not be attempted on your own. Noble’s mac and cheese is beyond ordinary, too, made to order with a four-cheese blend. You might find them offered with jalapenos as a special. Desserts, made by Sam McNutt, formerly of Back Bay Grill, have a Southern flair. The peach-blueberry crisp he made for us was homey and utterly delicious.

Noble opened in early July. “It was a natural extension of what we were already doing,” Carey says, who has owned Fire and Co., a wood-fired catering company, popular with weddings and parties. He leased the building that previously housed Taco Trio to use as a kitchen for the catering business. It was a surprise to find out after signing the lease that city zoning mandated that it be used as a restaurant. Fortunately for the neighborhood and barbecue lovers from all over the city, Carey made the best of it, creating Noble Barbecue. Having been spent so much time in the local food industry, he knew who he wanted for the kitchen. “The kitchen staff is all professionals, mostly from other Portland restaurants,” he tells me. “I want them to feel vested in this. My goal is for the cooks to be psyched about coming to work.” Carey also wants the “neighbors to be able to come in a couple of times a week to try different things. There’s a very reasonable price point.”

It would only be a slight exaggeration to say that Carey knows everyone who walks through the door of Noble Barbecue. At one table is the Kai Adams, co-founder of Sebago Brewing Company, where Carey worked for years. Because the place is close to Warren Avenue and the Riverton area, it’s popular with the crew from Allagash Brewing Company, too. After 13 years in the beer industry, Carey is proud to support his friends, carrying many local brews on tap and in cans. “This has been super fun,” he says. “I like food culture, and I know how to talk to people.” 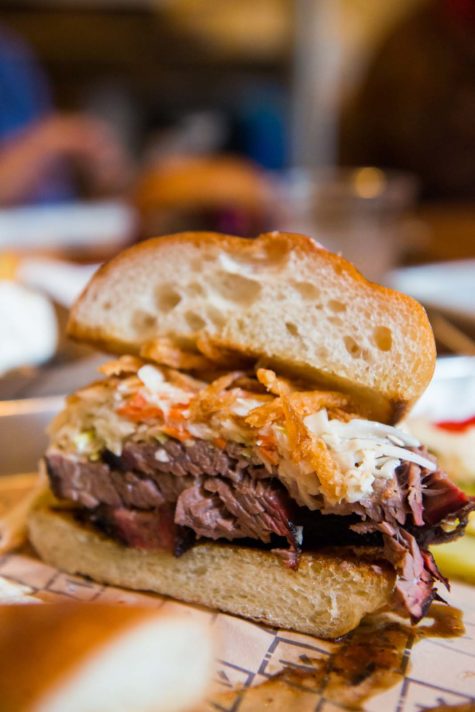 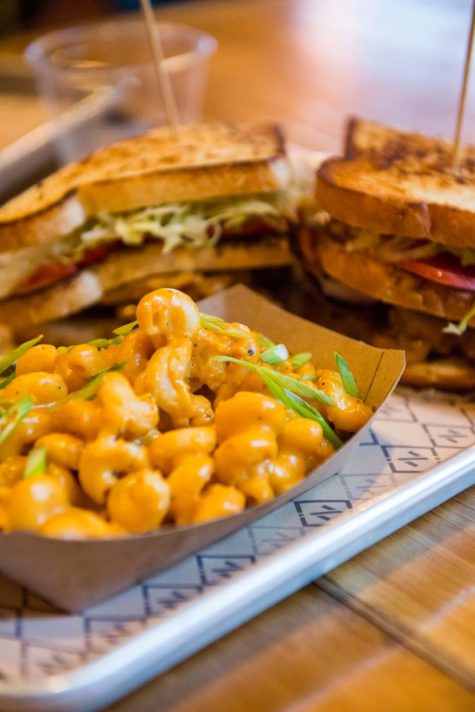