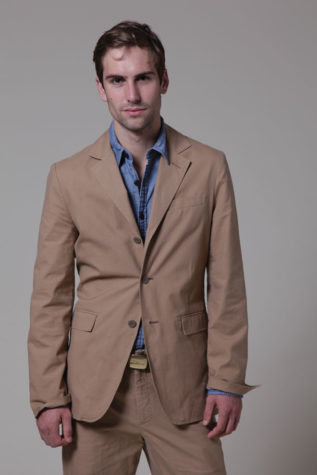 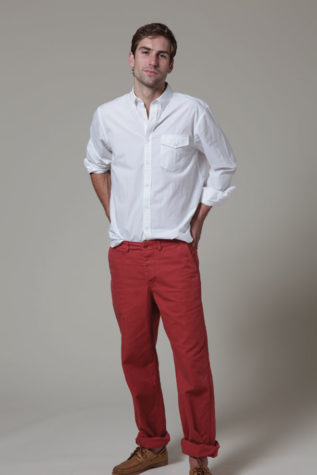 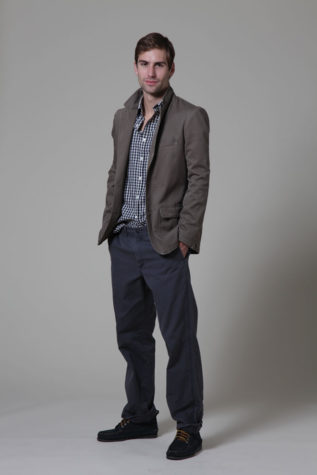 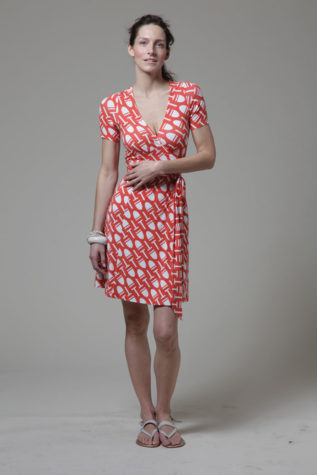 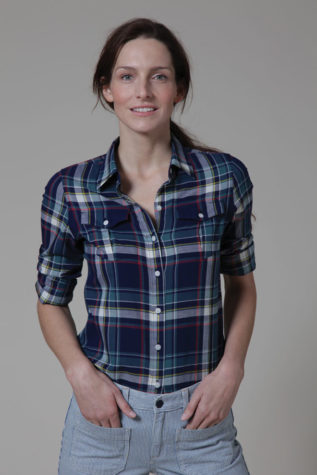 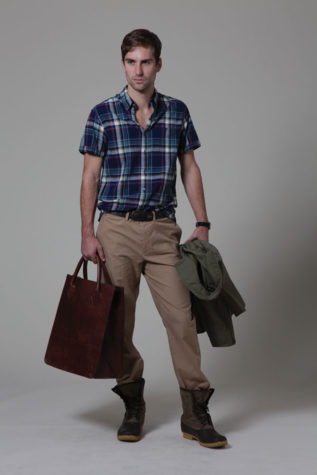 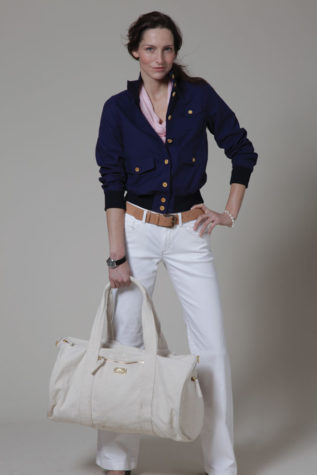 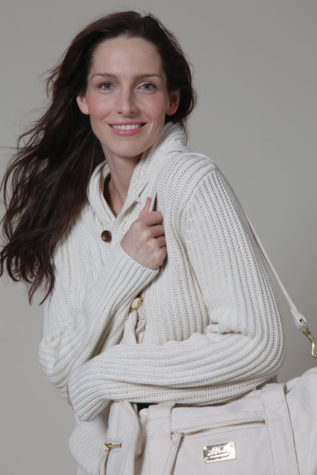 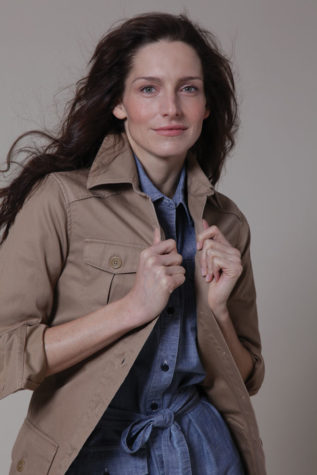 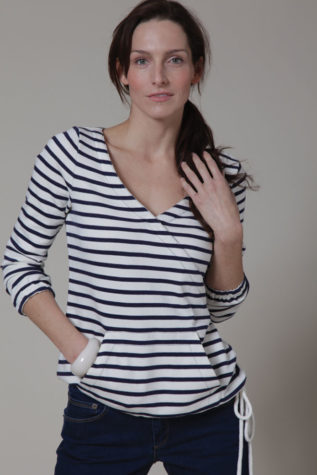 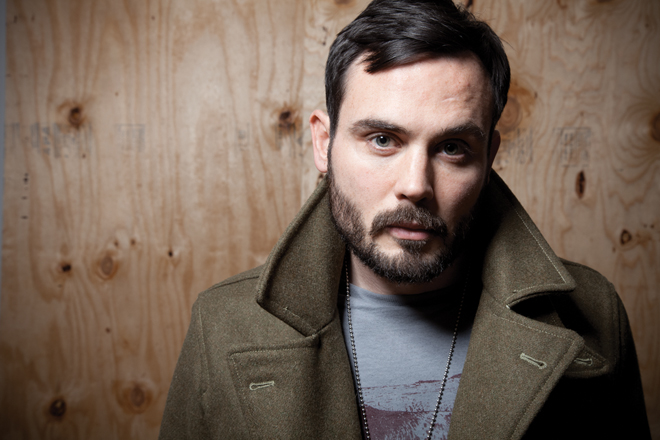 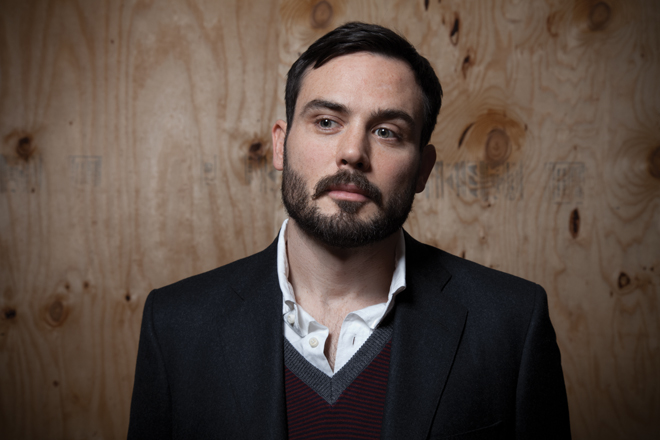 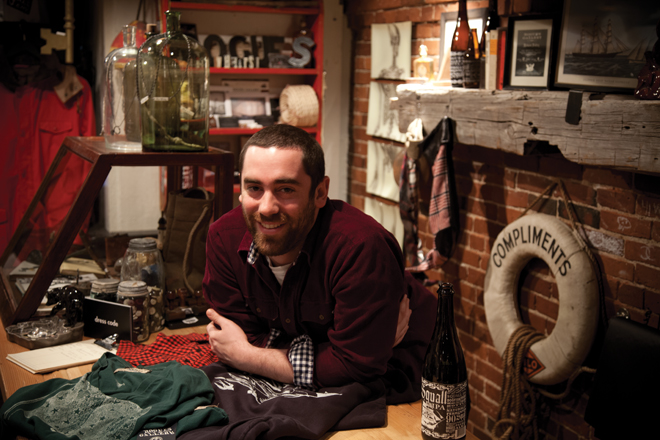 The character and characters of the Rogue Gallery store in Portland: Graeme Kennedy 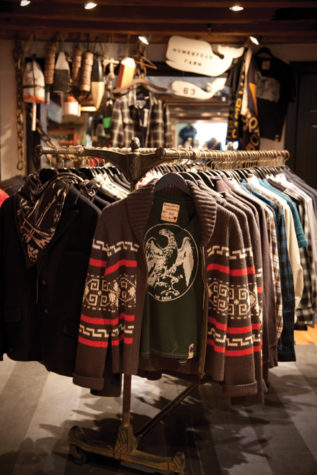 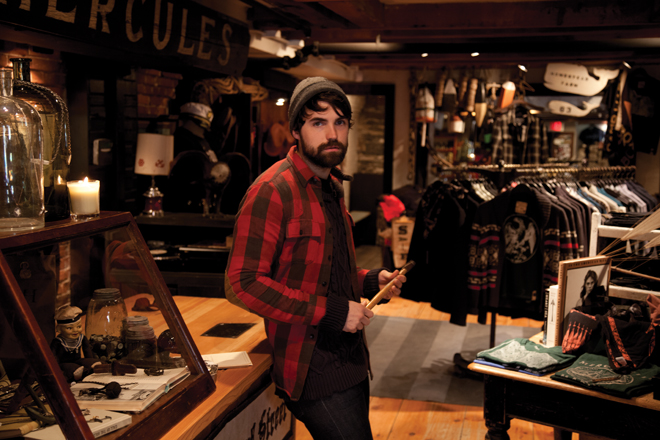 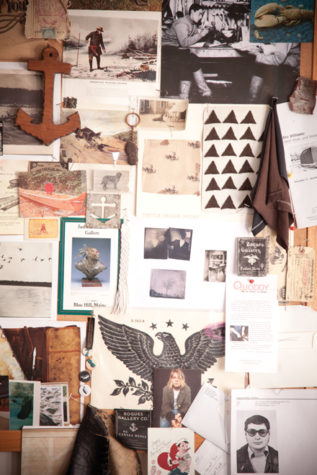 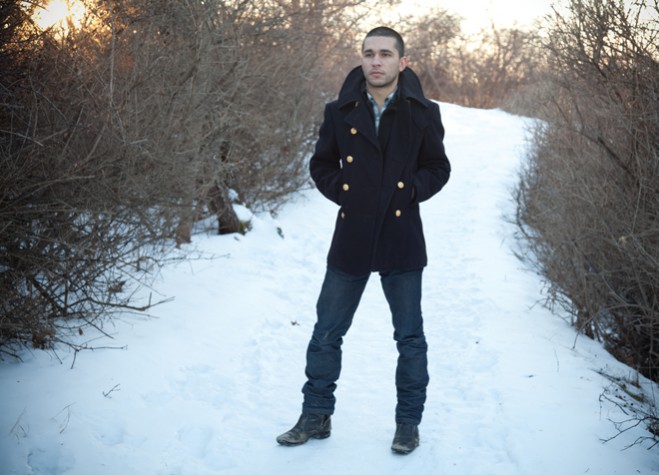 Daniel Pepice, who has been with the company since its early days 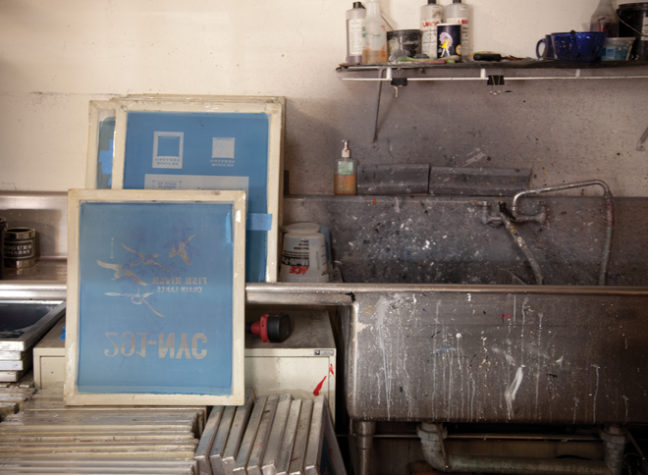 Silkscreens at the sink 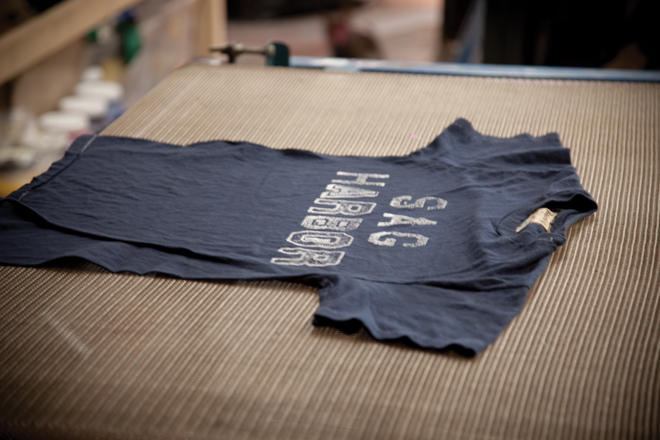 A look inside the silkscreening area of the workshop in Portlands Bayside neighborhood: Rogues Gallery first made a name for itself with reclaimed vintage tees featuring nautical graphics and lettering. 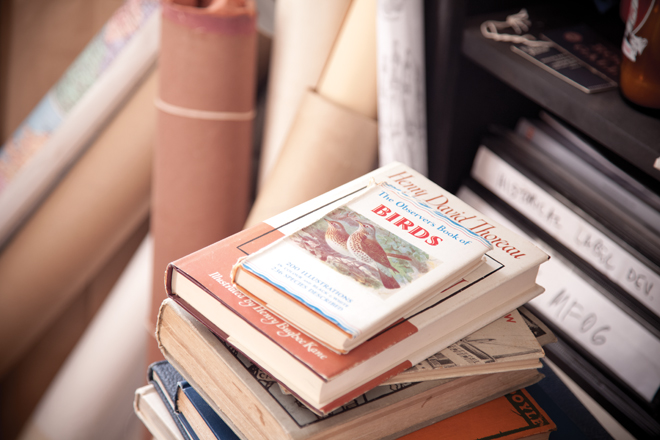 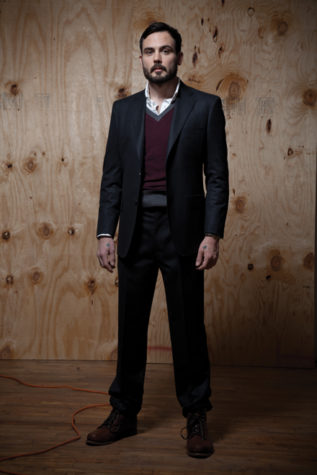 A head-to-toe preview from the Rogues Galllery Fall 2010 collection.

On the fourth floor of a building on 26th Street in New York City, there is an enclave of nautical New England, a space full of the lore of the Atlantic, a celebration of seafarers and grizzly wharf types. At first glance you might think you stumbled into a fishermen museum in downtown Portland rather than the New York showroom and part-time creative center of the Maine-based clothing label Rogues Gallery.

The beautiful loft is situated in an altogether strange part of town for a fashion brand, the likes of which normally stay clumped together at trendier addresses. The Rogues Gallery offices, on the other hand, are nestled among buildings on a ramshackle block in an easily forgettable part of a memorable city. The location is indicative of the Rogues Gallery founder Alex Carleton’s modus operandi of simply doing things his own way, a method he has forged through hard work and coupled attachment to a pure American aesthetic that has caught the attention of many.

Ten years ago, Carleton, who grew up on Cape Cod, moved to Maine to escape his frenetic life in Manhattan. In the years leading up to his departure from the city, he worked for well-respected purveyors of the all-American look, namely Ralph Lauren and Abercrombie & Fitch. In Maine, he eventually settled in with L.L. Bean, working in various departments designing and merchandising the company’s tried-and-true wears. While at L.L. Bean, he started Rogues Gallery as a side project. Eventually, the line picked up enough steam to demand all of Carleton’s attention, and he walked away from the security that comes with a corporate design job to captain his own ship for the first time.

What started as a collection of nautical graphic tees with anchors and other sorts of Americana eventually became a lifestyle emporium complete with everything from throw pillows to cable-knit sweaters to hand-sewn leather boots. When it began, Rogues Gallery was a mix of influences that up until that point had never been assembled in that manner—at least not until Carleton opened up shop.

The line is an earnest and well-balanced hodgepodge of inspiration, sort of like Alex P. Keaton moves to Portland, works at a tattoo parlor, joins a grunge band, and starts a scrimshaw collection.

Preppy, nautical, moody, and dark are all apt descriptors. It is hard to pin just one label on what Rogues Gallery stands for, or what it represents. There is no question, however, that the company’s leader personifies the Rogues archetype. A bristly and bearded six-footer, Carleton is the type of guy that is perfectly comfortable in a pair of boots, a T-shirt, and a hooded sweatshirt. If spotted for an early morning breakfast at Becky’s Diner, one would be more likely to confuse him for a lobsterman than a fashion designer. He exudes a sort of disheveled confidence that one would think is reserved for the well-worn sea captains that often inspire him. Safe to say he prefers it that way. “I wasn’t thinking, ‘I’m going to move to Maine and start a brand,’” Carleton says. “I was inspired by the culture of New England and moved to Maine to get in touch with that.”

Some would say that it is the brand’s versatility and assortment that have made it successful; the current popularity of all things American—like Pendleton, Quoddy Mocs, and Levis’s One Trip Pass (created with former Rogues employee Jay Carroll at the helm)—has also helped. “I felt that I wanted to experience the culture of New England more than just talk about it,” Carleton says. “I find the concept of Americana is often romanticized, but the reality can be grittier.”

While Rogues Gallery is still a small operation, the achievements and attention that it has received are formidable. The line is stocked at some of the most stylish stores across the United States, Europe, and Japan. And in early 2009, GQ and the Council of Fashion Designers of America (a trade group that represents American designers), named Carleton as one of America’s best new menswear designers for his Rogues Gallery collection. Not too shabby for one fella and a dozen friends from Portland, Maine.

Despite leaving L.L. Bean for Rogues, Carleton has returned to where he started. Last year the iconic American outfitter began searching for just the right person to direct a new and bold undertaking. The good people at Bean were looking to inject energy and style into their somewhat fleece-centric brand with a new collection sold under the moniker L.L. Bean Signature. As it turns out, the perfect man for the job was right in Bean’s backyard.

Carleton came on board and started merchandising and developing the concept of a younger collection based on the brand’s heritage, eventually taking on a larger role as the chief creative force for the updated Bean offerings, which are slated to launch this month. With its updated fits, the roughly 200-piece men’s and women’s collection is a fresh take on classic American style, something Carleton knows well. Certain components of the L.L. Bean empire seamlessly wound into the Signature collection, like a pair of reimagined Bean Boots with olive waxed-canvas uppers, an attractive update to an iconic product, and the perfect symbol of the new direction of L.L. Bean under Carleton’s guidance.

The prospect of starting a new creative channel is something Alex Carleton seems to relish. “My first job with Bean was to help define the footprint of the brand, the feel, the concept, and even the name.” Working with L.L. Bean is an experience he couldn’t seem to pass up; it is something he describes as a once-in-a -lifetime opportunity.

L.L. Bean Signature represents a big step for a conservative company like L.L. Bean. For Rogues, the Signature line is somewhat of a ray of light in the moodiness that the company has come to embody. It has a more wholesome feel than previous collections. Perhaps a quality that more people can identify with.

Carleton says, “Moving to Maine forced me to grow. People say that if you can make it in New York you can make it anywhere. I find the opposite to be true. If you can carve out some success in rural America, you have something that would be attractive to a lot of people.”

With its 100-year birthday a stone’s throw away, L.L. Bean, a company known for outfitting upland adventurers and Subarus with equal vigor, has turned its attention to dressing members of a younger, more fashionable set. L.L. Bean Signature—its approachable new collection—is launching for the first time this month to an eager crowd of fashion-conscious twenty-somethings. The modern take on classic all-American sportswear encompasses all categories of product: everything from Oxford shirts to leather tote bags, unstructured khaki jackets, and soft knits. The men’s and women’s range will be a fresh take on tried-and-true Bean staples that have stood the test of time.

The creative head of the new L.L. Bean Signature collection is Maine-based designer Alex Carleton—someone known for his keen eye for all things Americana. Addressing the challenges of starting a new creative venture he chooses nurture as opposed to nature. “It’s like raising a child. Brands are like babies that need attention and nurturing.” With such a good pedigree, there is no doubt that the future of L.L. Bean Signature is bright. —MW