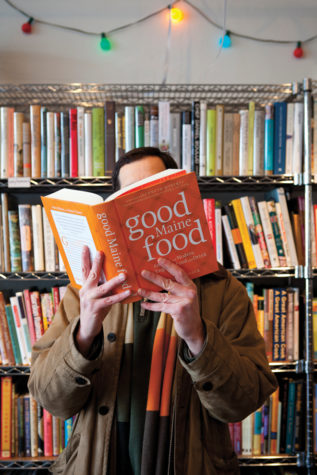 What’s the Portland Food Map, and how did you come up with the idea?

It’s sort of a news and information and event aggregation site for the food and dining scene in Portland. I found myself going to the same places over and over again, and I came across an interesting tool that made information graphics. I tried it out as a way to put down on paper all the places I knew I should be eating at and all the places I was aware of. I would show it to friends, and they would say, “Great. Can I have a copy?” So it seemed like the simplest thing to do would be to put together a website that people could get to rather than my redistributing paper copies of the diagram.

What tool did you use to build the map?

There’s a general class of software called mind-mapping applications. For people who want to try it, there’s a free one out there called Free Mind. It’s an open-source application.

How long did it take you to build the site, and how much time do you devote to it each week?

It was probably about six months to build, and it’s in the range of eight to ten hours of work a week.

Where was the best meal you’ve had in Portland, and what was it?

I tend to answer with “Well, for what?” The best pizza is clearly Otto. The best Thai food is found at Boda. My favorite dessert is the buttermilk panna cotta at Bresca—I think it’s just phenomenal. Novare Res is a wonderful beer bar. Emilitsa has outstanding Greek food. Bar Lola is a wonderful small-plate experience.

Are there any other food-review sites in Portland or other cities that you admire?

I think there are a number of food bloggers in town that do a really excellent job—Appetite Portland, Edible Obsessions, and From Away are all doing a really wonderful job. I look forward to what they write.

How has the Portland food scene changed since you moved here, and where do you think it’s headed?

Right now there are quite a few cupcake vendors and cupcake bakers. There’s Tulips Cupcakery, Cupcake Cha Cha, and Cakeface. A few years ago, I don’t think there was any Korean food—or there were only a few Korean dishes at a Japanese restaurant. Earlier this year (before one of them closed), we had three different Korean restaurants. So that seems to be on the upswing.

Do you see yourself as the next Zagat?
No. The folks running the Zagat empire can sleep easy at night. I think the Portland Food Map is more like a mashup between a daily newspaper and public library for Portland food than it is a pure dining guide.