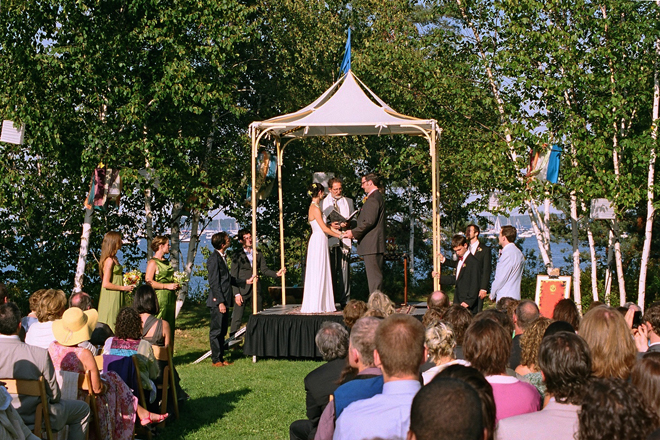 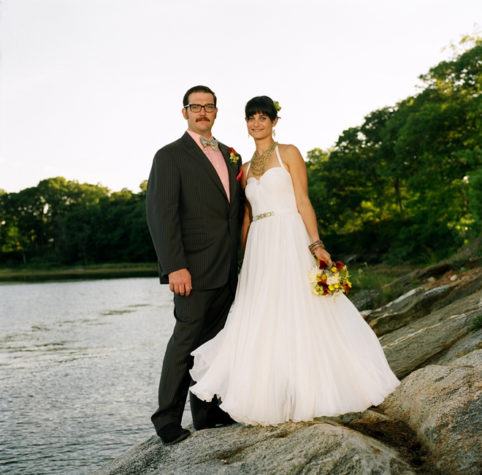 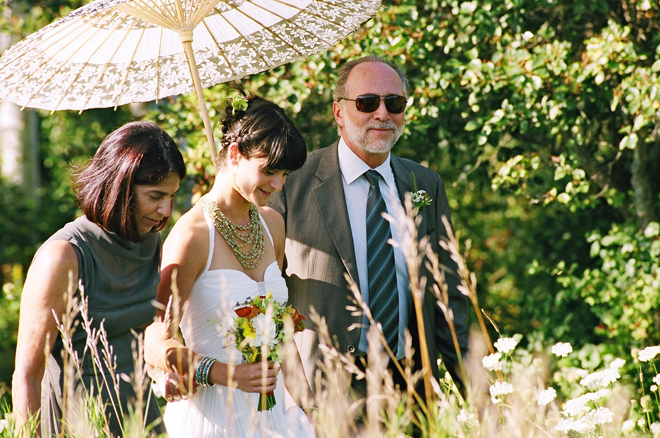 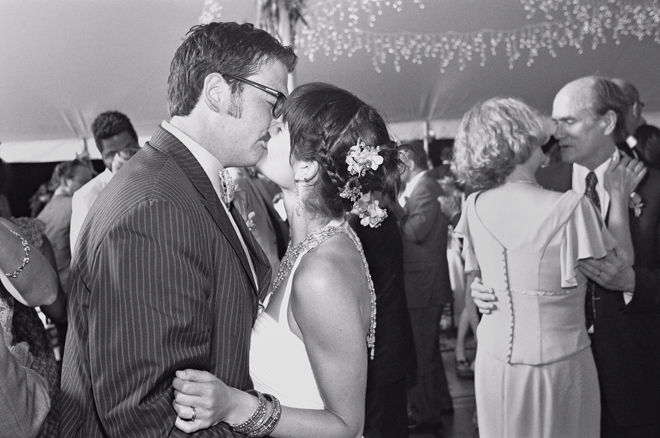 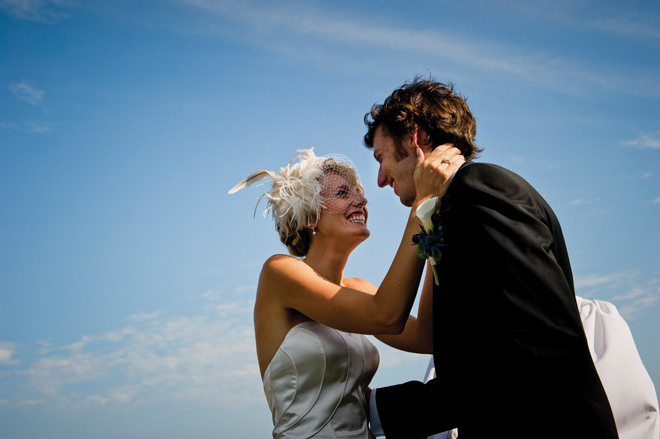 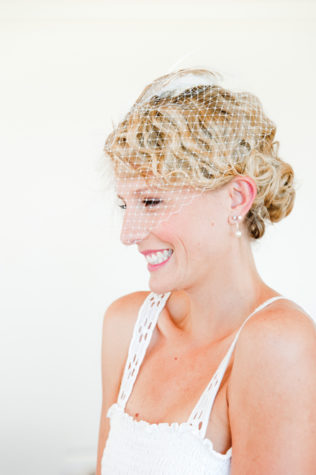 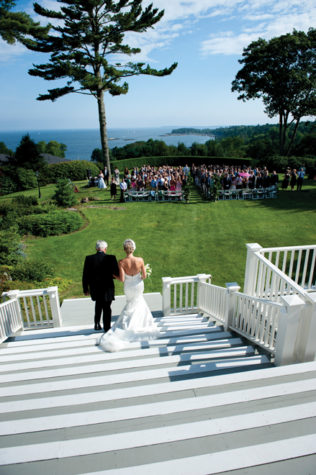 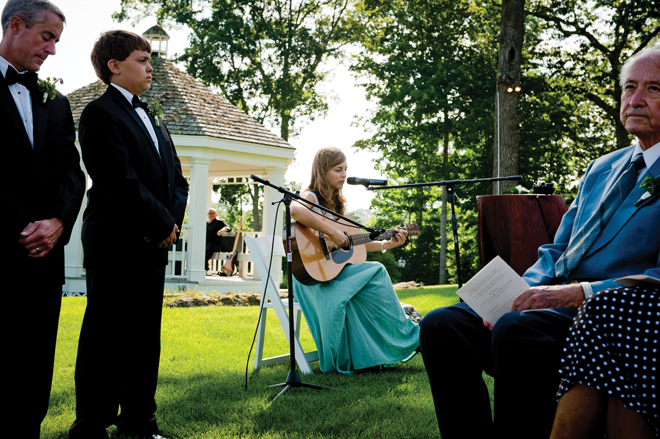 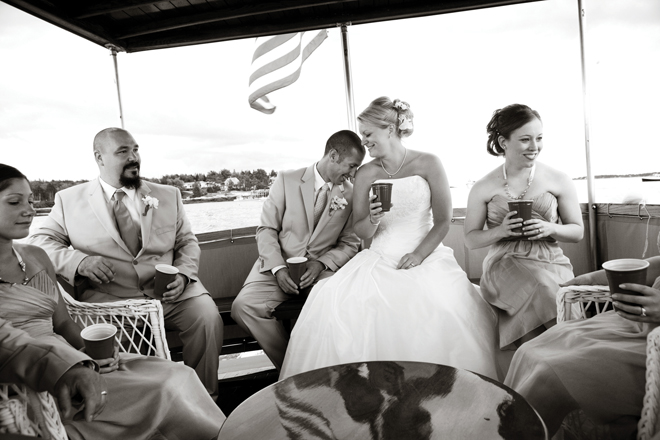 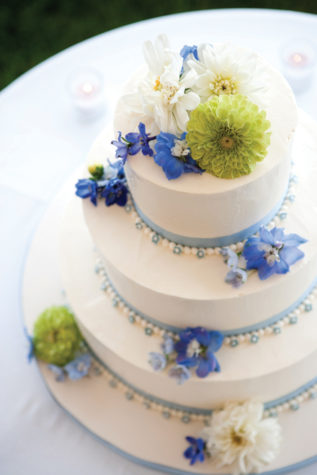 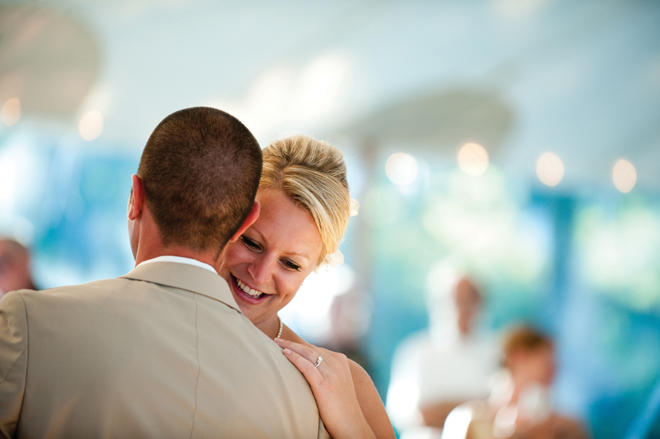 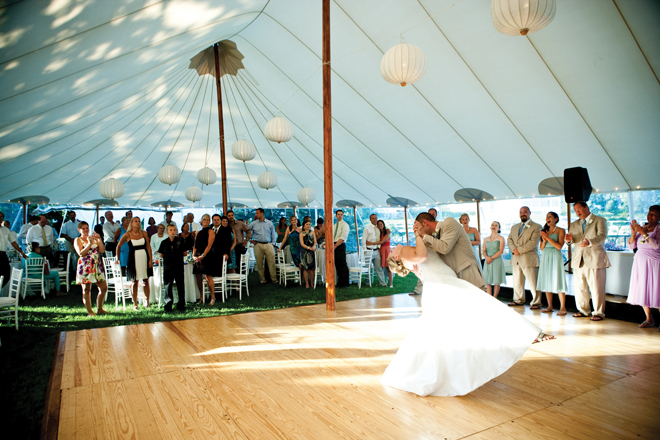 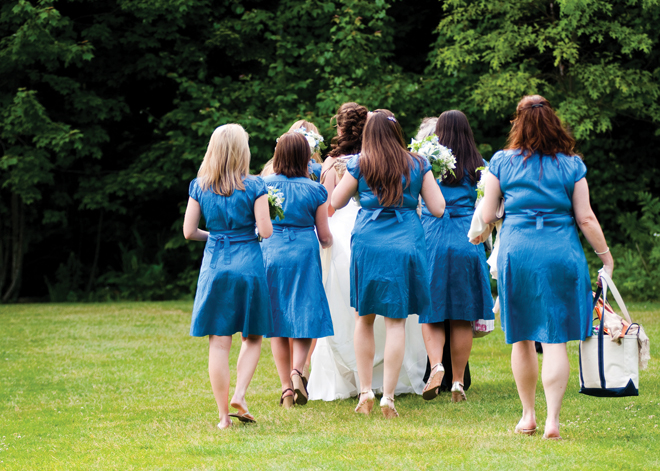 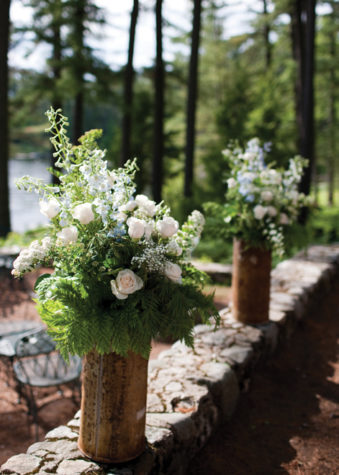 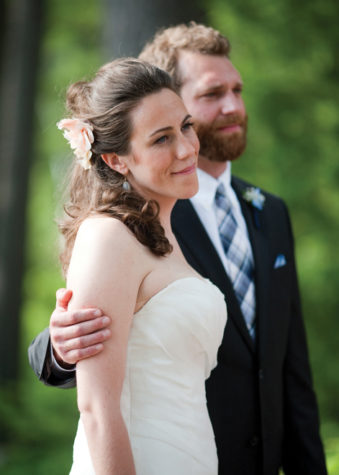 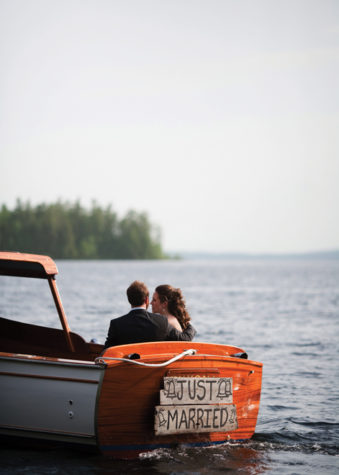 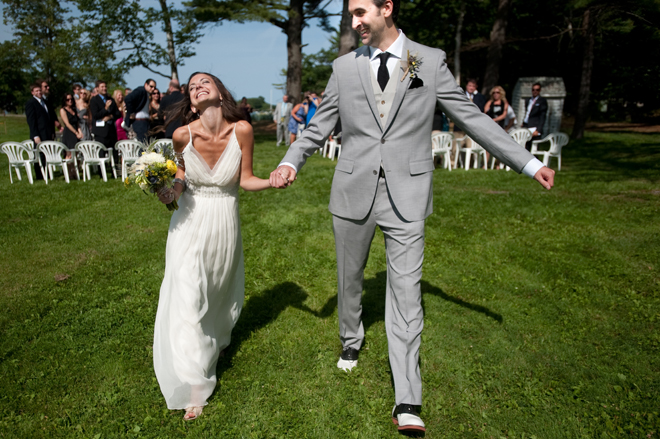 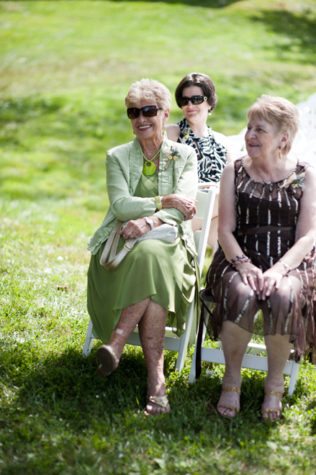 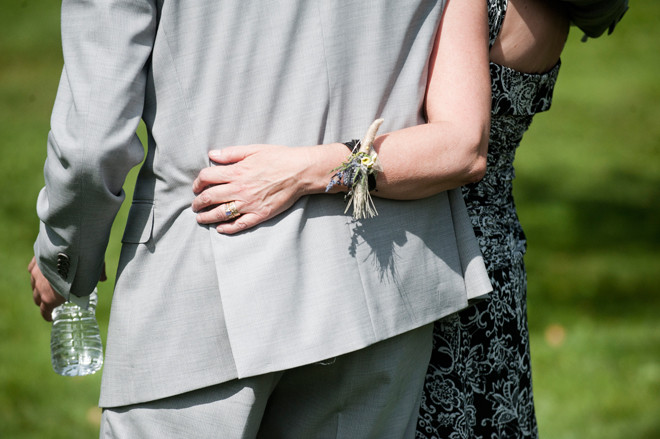 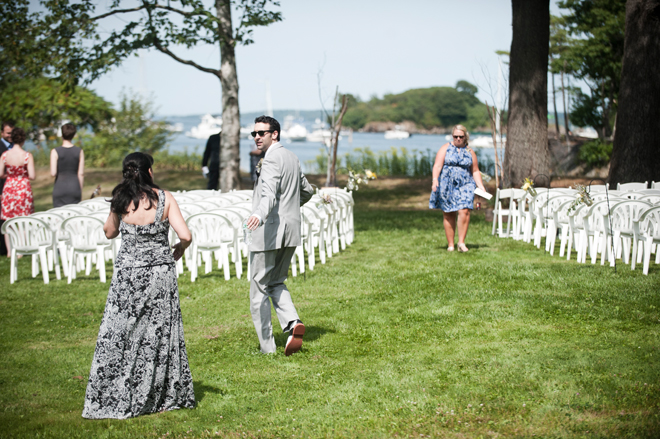 A beautiful Maine wedding has a thousand different looks. Here, five couples offer glimpses into their own distinctive celebrations and connect us to the talented professionals who helped make their weddings spectacular.

From the first moment they met as students at Brown University, Clay maintained “a crush on Manya from afar.” In a bold attempt to spend time with her, he invented a plan to visit family in New York and asked Manya if he could catch a ride to the city for winter break, only to admit upon arrival that his story was a fabrication. He promptly boarded a bus back to Providence. At the time, Manya remembers thinking he was “completely crazy,” but she was also touched by his interest in her. And in this way the relationship between a brazen boy from Maine and a girl from the city began. The couple wanted their wedding to be about sharing the day with friends and family. Manya’s uncle performed the ceremony at the groom’s family home in Falmouth under a chuppah designed by their friends. The bride’s parents accompanied her through a field of wild grass and Clay’s sister read a poem. During the celebration that followed, Manya and Clay’s friends played music into the night.

Anna and Owen visited Migis Lodge for the first time on a cold and rainy day in May—not ideal wedding weather. Fortunately, the beauty of the place radiated through the gloom. Over a year later, they were married on a clear day beneath the shade of towering pines at Migis Lodge. Many of the wedding’s details—from its pinecone accents to the simple bouquets wrapped in floral Liberty Print fabric—were inspired by the rustic elegance of the setting. On an evening a few months before the big day, the couple stayed up late mixing a green ink to match Migis Lodge and letterpress printing their own invitations at a print shop in Providence. Anna and Owen’s favorite wedding memory took place on a  “just married” boat ride immediately following the ceremony. Alone together for the first time as a married couple, they had a we-really-did-it moment before returning to the lodge to celebrate with loved ones.

With Laura’s mother and grandmother waiting with champagne on ice, Eric proposed to Laura on a beach in Marco Island, Florida. The couple’s shared appreciation for the outdoors, especially the ocean, guided their decision to hold their wedding near the water as well. On Squirrel Island, just off the coast of Boothbay, the couple said their vows with friends and family in attendance. Sea-foam green and blues in the bouquets and table settings mirrored the ocean and sky, and pearl necklaces and creamy flowers provided warm complements. After the ceremony, the newlyweds and their friends and family celebrated over cocktails on the lawn of Laura’s grandparent’s home before being whisked away on boats to the Newagen Seaside Inn on nearby Southport Island, where everyone dined and danced.

Steve and Rebecca met on an island one summer when they were living in New York City, so it’s fitting that they got married on an island as well. Steve crafted an elaborate proposal, enlisting the help of Rebecca’s coworkers, friends, and even a boat captain. After a made-up work assignment up the coast fell through, Rebecca found herself with Steve on a lobster boat slicing through thick fog on Frenchman Bay. In a remote part of Acadia near where her parents had once honeymooned, Steve got down on one knee. The couple wanted their wedding to be intimate, homegrown, and filled with things that held meaning to them. When Rebecca had to have unexpected surgery four months before the wedding, they were especially grateful that they had Meagan Gilpatrick to help execute their vision. She handmade the table runners, picked flowers from her own garden for the bouquets and centerpieces, and collected vintage teacups for the dessert display. Their Diamond Cove wedding was poignant and joyful, and the couple says they hope that, someday soon, everyone will have the right to marry in Maine.

Elizabeth and Colin’s story reads like the plotline to a movie: during a swim practice at the local YMCA, the pair exchanged glances across the lane lines. Afterward, Elizabeth, who had just been complaining about the lack of dating options in her small town, whispered to her friend, “I want to find someone like him.” As it turned out, Colin was the someone she found. A series of coincidental meetings brought Elizabeth and Colin together in the months that followed, and they were married at a beautiful ceremony in Rockport a little more than a year later. Elizabeth’s affinity for fashion and design from the 1920s and 1930s provided inspiration for the wedding. The bride made an elegant entrance down a wide staircase, a scene that could have come straight out of The Great Gatsby. Peacock feathers in the table settings and specially designed fascinators worn by the bridesmaids added art-deco flair. After the ceremony, in a pair of black-and-white spectator shoes, Colin danced with Elizabeth to the lilting rhythms of the Sultans of Swing.