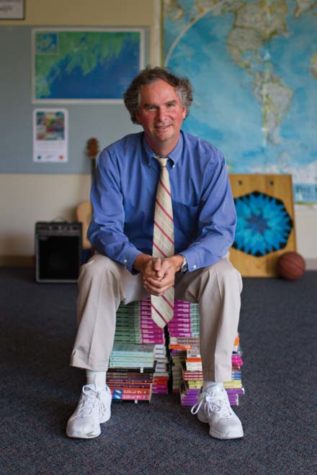 Sitting on a wealth of knowledge: Derek Pierce at Casco Bay High School for Expeditionary Learning. 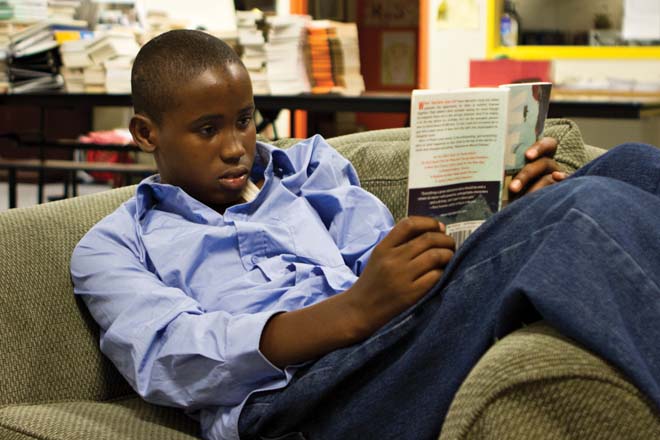 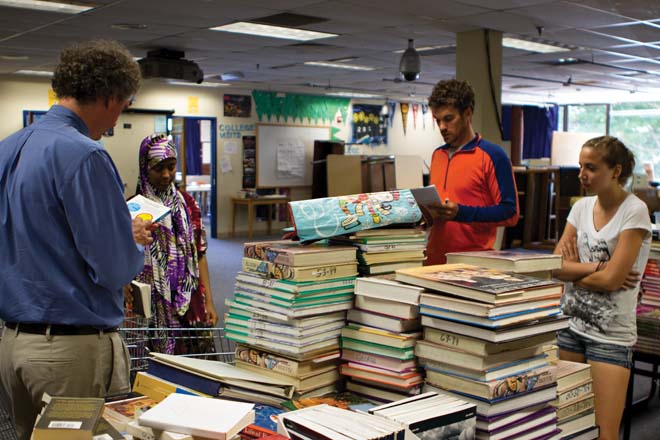 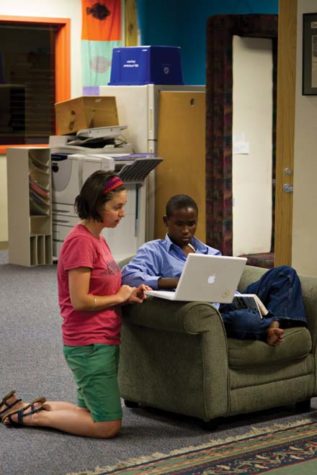 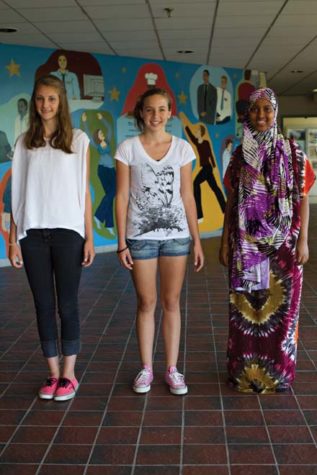 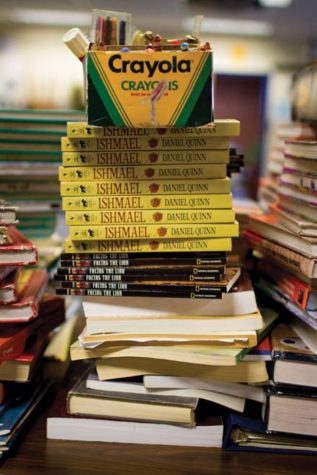 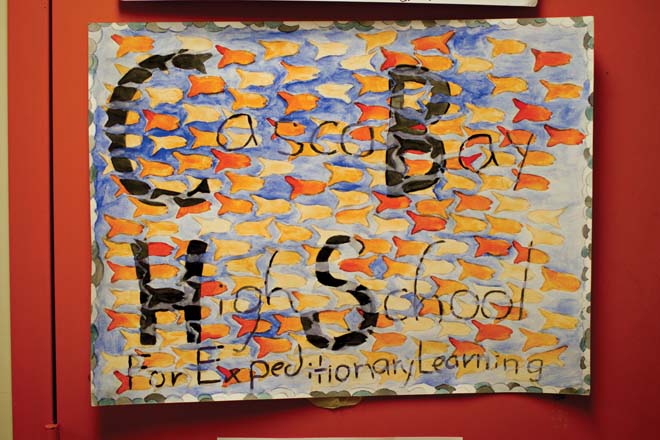 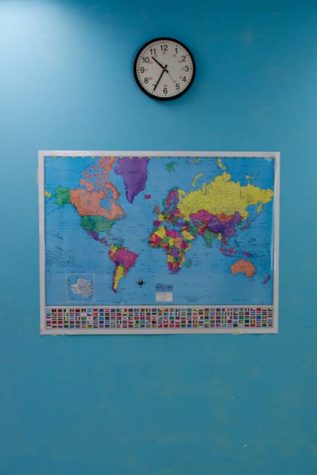 There's time for everyone at Casco Bay. 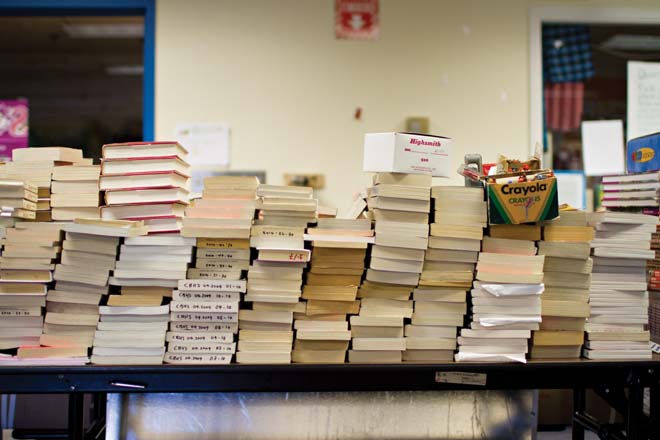 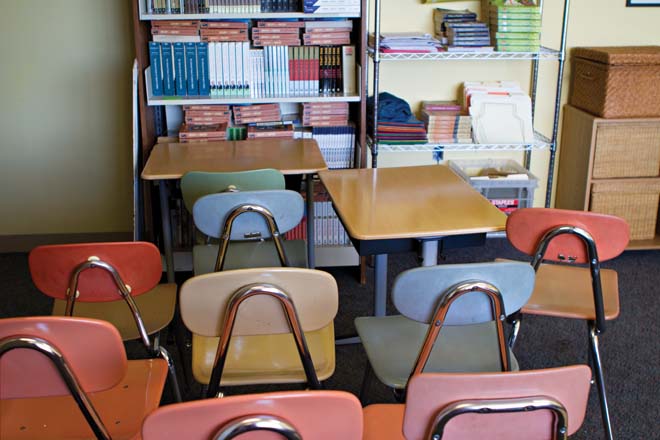 How Derek Pierce, high school principal and “just some guy,” is redefining the high school experience.

There’s a classic icebreaker game teachers sometimes use on the first day of class. They’ll ask students to tell two truths and one lie about themselves. The class, then, must determine which two statements are facts and which one is a fabrication. I decide to try this out on Derek Pierce, principal of Portland’s Casco Bay High School for Expeditionary Learning.

Pierce knows the game. And he is game—
he’s the sort of man, I suspect, who’s always game. Bright-eyed, wild-haired, and quick to laugh, he’s got the irrepressible zeal of an adolescent and the grounded, unshakable passion of a lifelong educator. “Okay,” he says, and thinks for a minute. Then he provides two truths and one lie:

“I was turned down to host Saturday Night Live.”

“I was a national athlete featured in Sports Illustrated.”

“I always wanted to be a principal.”

Guesses? No, this man did not always want to be a principal. He didn’t even want to be a teacher. Pierce grew up in Rye, New York, was educated from his sophomore year at the Taft School, a Connecticut boarding school, and later graduated from Brown University, where he majored in political science. At one point, he considered entering politics. For a while he worked as a reader of books and screenplays at Creative Artists Agency in Los Angeles. He might have stayed on, penning movies and wheedling agents, but fate intervened. Fate came in the form of an invitation, in 1990, to return to his alma mater, Taft, for their centennial celebration. He was asked to co-teach a presentation on global warming.

One afternoon of teaching and he was hooked. He left CAA and found a job at a private school in Los Angeles, where he taught English and acting for two years.

I know you’re curious about the two truths, aren’t you? I’ll fill you in, since the truths tell of the spirit and charm of Derek Pierce.

Being a fan of Saturday Night Live—a person who “worships at the shrine of sketch comedians”—Pierce had the idea that he, a regular dude, a member of the vast hoi polloi, should host the show. It’s only fitting, he wrote in a letter to the show’s executives, that after all these years they should have “just some guy” host the show. Just once!

He’s got a point. I can picture him on that stage; can hear his booming voice announce “Live! From New York…!” He sent his letter and, soon after, received a phone call from the show’s producers: “Sorry, ‘just some guy’ isn’t hosting the show. But thanks!” It was a rejection, yes, but consider the medium. Why not silence? Why not a form letter? The telephone call suggests they considered it—or at least admired Pierce’s chutzpa.

As for Sports Illustrated? In February of 2004, Pierce was featured in the magazine as part of “Team Wurst,” which competed that year in the U.S. National Toboggan Championships in Camden. “We specialized in being horrible, in finishing last, and in tailgating,” Pierce explains. The project involved lots of sausage links and self-deprecating humor.

There you have it. This man who’s leading our children is funny—and, more importantly, he’s willing to let the joke be (at least a little) on him. Somehow this makes Pierce more trustworthy. He’s not hyper-serious or dominated by a big ego. He’s that kind of disarmingly refreshing intellectual who knows how to laugh.

Now let’s get back to business—to the business of educating kids, founding schools, and leading the field of education into the twenty-first century. Because he’s more than a funny guy, Derek Pierce—he’s a genuine leader.

One of his greatest strengths as a leader is that he’s unwilling to let himself become too comfortable. After teaching for two years in Los Angeles, Pierce decided he had “an obligation to grow more.” He wanted to enact change—to enlarge the field of education rather than merely maintaining it. Realizing that having the expected certifications would help him become a more effective progressive educator, he returned to school and earned a master’s degree in education from Harvard University in 1993. Eager to settle in New England, he took a job at Gorham High School, where for five years he taught English and American studies, directed student plays, and coached tennis. When he saw an opportunity in Poland, Maine—the chance to start a new school—he decided it was too good to pass up.

For the full story of what happened in Poland in 1998, you’ll have to read Pierce’s book. No, he hasn’t written it yet, but consider this to be my formal demand for it. In a nutshell, Pierce and a team of educators were called upon to found a school that would serve the towns of Poland, Minot, and Mechanic Falls. The new team of educators brought titanic energy and bold ideas to the task. Poland Regional High School, as it came to be called, was founded on values such as culturally responsible pedagogy, interdisciplinary curriculum, and student-centered teaching and learning. The teachers spoke of strange things like a “culture of fairness and trust,” “family engagement,” and “community partnerships.” Pierce explains: “We had a very democratic governance system that included student, teacher, and parent input, led by our ‘vision keepers,’ which made decisions by consensus.” Academics tended to be interdisciplinary. And in order to graduate, all seniors had to complete a senior project and a college application. Once a year, a “State of the School” day invited the community to reflect on what was working and what needed improvement. Pierce is the first to admit that his administration didn’t communicate particularly well with the community. Families were confused about the new school’s methods. Kids were suspicious (“Why are the pep rallies so weird?”). Pierce held his ground: he knew that they were doing right by the kids, that emphasis on creating a caring school culture that held every student to high expectations was essential.

After a rocky first year—which Pierce describes with all the hilarity and perfect timing of a standup comedian—the school hit its stride. Initially, Pierce was the dean of faculty, but in 2002 he was promoted to principal. Even the most suspicious parents eventually came around, and under Pierce’s leadership 98 percent of parents reported in a survey that they felt their children were “challenged to their highest potential.”

And then, in 2005, another opportunity arose, this time in Portland: Pierce was asked to be the founding principal of Casco Bay High School for Expeditionary Learning, the city’s first new high school in 150 years. He was game.

What he’s accomplished is nothing sort of exceptional. This progressive urban school serves about 275 students—and has a waiting list of more than 100 families. It’s a place, Pierce says, where “rigor, relevance, and relationships are paramount.” In Expeditionary Learning, which grew out of Outward Bound, students tackle multidisciplinary projects that take them into the local and national community. These expeditions are “long-term, in-depth studies of a single topic that explore compelling social-justice questions, incorporate vital standards, involve ﬁeldwork, and culminate in an authentic project, product, or performance.” For example, when the junior class studied coal mining and energy consumption, their studies culminated in a trip to West Virginia, where they met and interviewed people whose lives are directly touched by the issue, and they created a documentary about the experience. Students at Casco Bay “go deeper into fewer topics,” Pierce says, and as they go deeper, bigger issues come up, and the complex connections among fields of study emerge.

When they graduate, students stand on stage and present themselves to their community—they share what they learned, how they grew, what they’re doing next. They announce who they are. Parents, loved ones, teachers, and peers join them, attest to this growth, and share their own beliefs about why each student deserves to graduate.

If one is lucky, then one’s job may be a means of reparation—a method of revision. Pierce seems to want to correct for his own past. In high school he earned strong grades, but his heart was elsewhere. “I lived for extracurriculars: theater, student government, newspaper,” he says. He didn’t want to write essays for his teachers—he wanted to write newspaper articles for his peers. His head was in the classroom, but his heart was elsewhere. Now, at Casco Bay, his work is to help his students join head and heart, to create a school that nurtures both inside and outside of the classroom.

Something powerful is happening at Casco Bay, and Pierce, of course, doesn’t do it alone—there is a team of profoundly talented teachers behind him. But I suspect Pierce holds all of it together: his energy is so expansive, his humor so sharp, his curiosity and playfulness so endearing that he seems to inspire preternatural commitment.

I can list the school’s accomplishments, the national accolades, the fact that in 2010 it was also named a “model school” by the International Center for Leadership in Education. I can report that 100 percent of graduates are routinely accepted into college, and that 95 percent of parents attested that their children had positive experiences in the school. Certainly all this is important. But more important are the voices of the students. This year, 53 students graduated, and what they have to say is more compelling than any statistic. The following words were spoken by seniors as part of their “Final Word” speeches:

“Casco Bay forces you to step outside your comfort zone and do things you might never even think of doing,” says David Haydym.

Fowziyo Jama says, “Growing up with obstacles has taught me the blessing is in the struggle. I feel more ambitious and inspired by my past, and I will use the lessons I’ve learned as the backbone for my future.”

Rita Palli: “I came to school broken. I was simply surviving, when the school wrapped me in an invisible blanket to keep my strength, my warmth inside.”

And Grania Power: “I know that if I ever need it, I will be able to close my eyes and hear the applause of the community, which gave and gave and asked for nothing, and that will guide me through any adversity.”