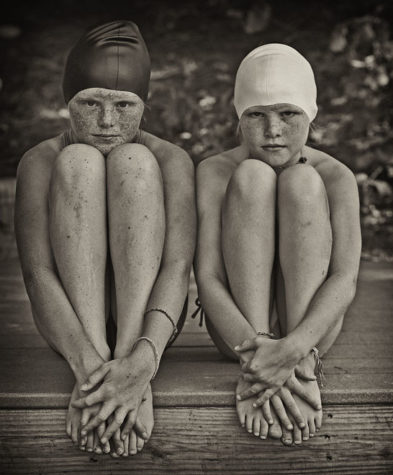 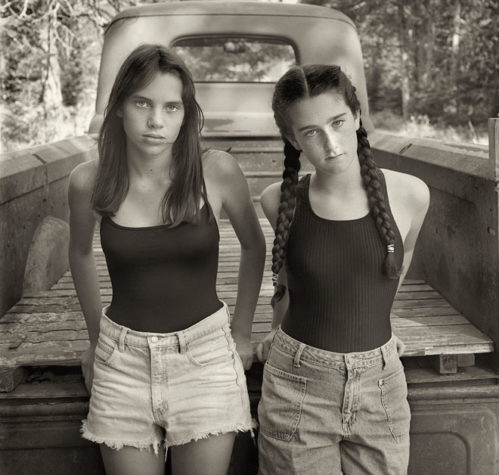 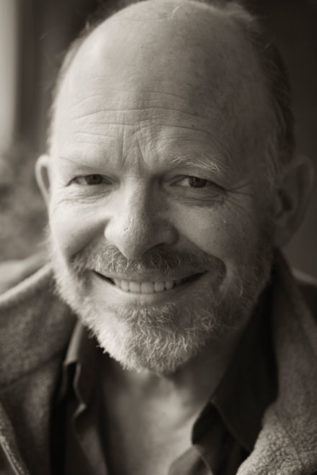 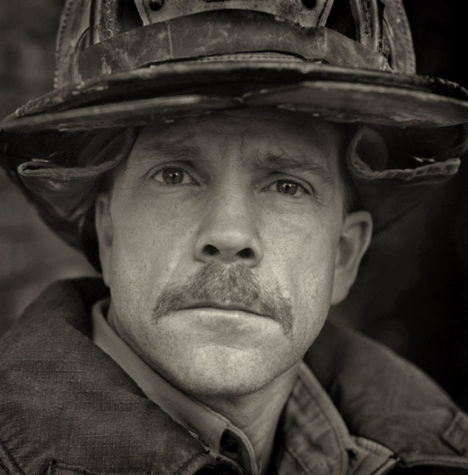 Jack Montgomery is a portrait photographer living in South Freeport who shoots primarily in Maine, Massachusetts, and New York. He has exhibited his work extensively in Maine and elsewhere.

How did you initially become interested in photography?
It was part of my family experience. I was always around photography and I was interested in it but not really focused on it until 1993. That summer, my wife and I took our three daughters down to the shore in Massachusetts where we have a family place and I brought my father’s old camera with me, just because I can’t stand sitting on the beach—I’m too antsy. I took a picture of my daughter Molly and it was like lightning struck. From that moment forward photographic portraiture has been the passion of my life.

How has your photography developed?
I photographed family to begin with. That’s always a safe place to start. I took some courses and in 1996 I began shooting a series on Maine’s Holocaust survivors. That was a very interesting challenge for me. I wanted to be certain that I created images that respected their experience. The pictures are still on exhibit at the Holocaust and Human Rights Center of Maine and they’re about to become part of the Maine Jewish Museum. So that was a terrific experience and really got me thinking this is what I want to do: find a group of people—not just haphazard individuals, but people with some common bond, a common thread—and begin photographing so that we have an understanding not only of the individuals but also of the community that they’re in.

It sounds like you’ve given a lot of thought to how you approach a subject.
I think everybody arrives at who they are through a particular series of experiences and actions and it’s not my job to judge them. It’s my job to give them a mirror that they can use to show themselves in a way they want the world to see them. There are many ways of approaching portraiture, but that’s the one that works for me. I never want anyone to ever feel compromised or regretful that they did pictures with me. I want everyone to feel uplifted and glad they did it.

Who are some other groups of people you’ve photographed?
I did a series of pictures after 9/11 of the surviving firefighters of Ladder Company 3, which is a little firehouse on East 13th street. They lost 12 of 27 members in 9/11. Three weeks before my wife and I had delivered my daughter Molly to The New School on Union Square, about a mile north of the World Trade Center. She came to Maine for three or four days following 9/11 and then I drove her back to New York and hung around taking pictures. But I wanted to do something to help, so I went to Ladder Company 3. I was nervous—they’d been through so much—but I went in and I spread all the pictures I had taken of Maine’s Holocaust survivors on the floor and I said, “I think if we do pictures of you guys something good will come of it.” They called in the captain. He looked and the pictures and he said, “Let’s do it.”

What became of the photographs?
They became a show at the Portland Museum of Art, the Center for Maine Contemporary Art in Rockport, and the Forbes Collection in Manhattan. We also formed a foundation and raised money through the exhibitions. The first money that the widows and orphans of Ladder Company 3 received was from the people of Maine.

What do you hope to achieve through photography?
Over the past few years I’ve been very involved in a project about young transgender people. The idea is to use art as a way to open people’s eyes and get through a lot of emotional filters. Because once people can open their eyes, open their souls, open their hearts a little bit, then you’ve got the opportunity for empathy. Once you have empathy that grows to understanding and acceptance.

Did you grow up in Maine?
I grew up in New Jersey and then New York and then my wife and I came here for the weekend in 1973. We were in Brunswick for two days and thought, “Why are we leaving?” So we moved to Topsham. At that time I thought I wanted to be a psychotherapist so I worked in Lewiston at St. Mary’s Hospital’s inpatient unit run by Tri-County Mental Health Services, but I concluded that wanted to follow another path. The law school was very inexpensive back then. I think my tuition was $600 a semester. So that’s how we wound up in Maine.

Do you have a favorite picture you’ve taken?
Yes, many. One was the picture of Ray Trinkle, who was the captain of the firehouse. That became a lead image for the show. There is also a picture of two girls standing by a truck that really helped get my work out into the world. And then last summber I did a portrait of two sisters sitting on a dock. It’s a very simple picture. They’re wearing bathing caps and they’re both covered in freckles. It’s just a very sweet innocent picture of these two sisters. I love the relationship you can see between the girls. Last fall, that photograph was acquired by the Bibliothèque nationale de France in Paris.

For more information and to view more work, visit jackmontgomeryphotography.com or find Jack Montgomery on Facebook.