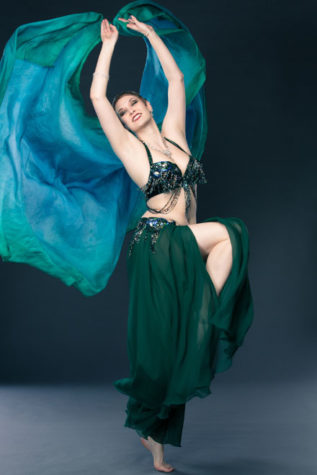 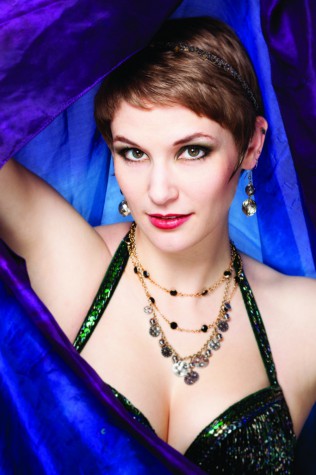 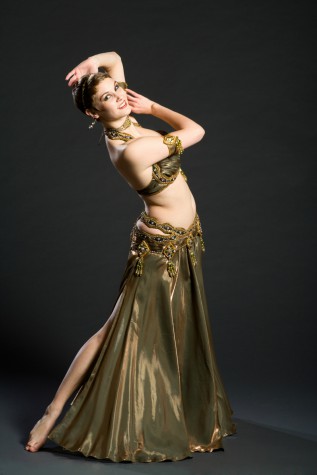 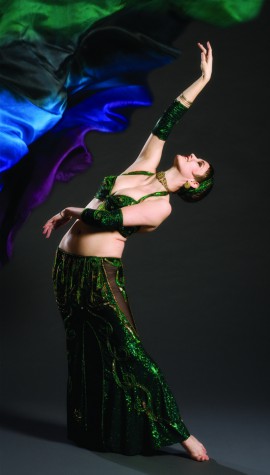 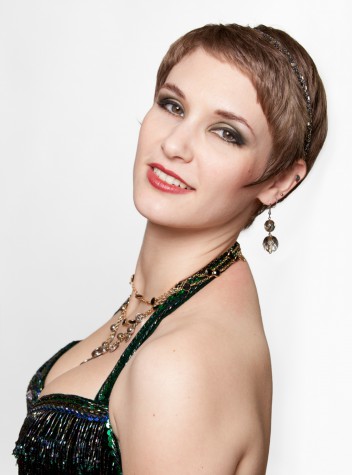 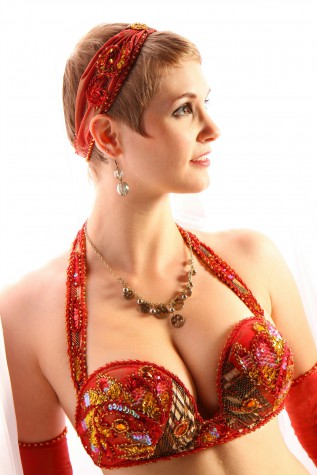 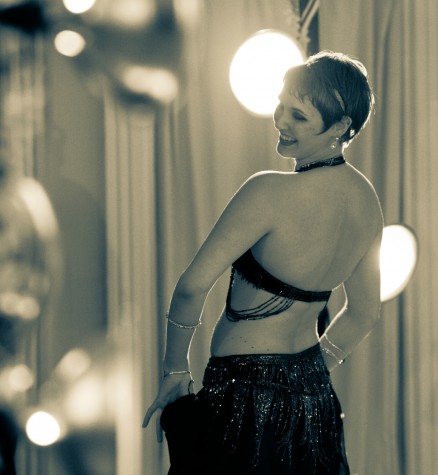 Rosa Noreen grew up in Jonesport and has been belly dancing since 2004. In 2010, she co-founded Bright Star World Dance, Maine’s only studio focusing on belly dance, and she travels extensively to teach and perform. On Saturday, April 27, Rosa Noreen brings together a talented group of dancers and musicians at the Springtime Spectacular at Longfellow Square. Expect an intimate, inspired show.

What drew you to belly Dance?
I was a very serious ballet dancer when I was younger. Then I got injured and had to quit when I was 16. I was about to take the next big step and go away to boarding school for balletit was my identity, it was who I was, so it was a very hard thing to have to leave behind. After college I moved to Portland. I was stopped at a light and saw through a window all of these women having fun dancing. They were wearing skirts and everyone was smiling and I was like, “That is what I want!” Ballet doesn’t have the same individuality as belly dance. That’s not a knock against ballet, it’s just a different thing. The majority of belly dancers are really pursuing it out of an individual love and desire for expression. I became obsessed.

When did you start teaching?
About two years in. That’s pretty early, but I felt like I had something to offer due to my prior dance background. An opportunity arose to teach in a rural area that didn’t have a belly dance teacher at the time. Belly dance is a social dance, and it’s very old, which makes it impossible to point to a single origin. The way people dance in Egypt is different from the way people dance in Lebanon or Syria. Everyone has their own style and that’s something I love about it. One teacher will approach a move with a really different set of analogies. Teaching is a really fun, imaginative pursuit, with a great deal of responsibility. It’s a puzzle, too, because everyone has such a different learning style. I really enjoy that challenge, and I love seeing new dancers develop a day-to-day confidence that they didn’t have before.

Why do people decide to take belly dance lessons?
Occasionally I’ll get a note from a student that says something like, “I’ve been going through a really hard time in my life right now and I came to class and feel so much better.” For me, at first I really didn’t know what I was doing but I wanted so badly to get it. Eventually I found I could do these cool things and they made me feel good. There’s this whole world of music. Once you start learning the music that goes with the movements, and you can express this instrument, allow yourself to be carried away by that melody… It’s really an empowering feeling and it definitely changed the way I walk down the street. Some people are really private about the lessons. They want their own special time to be in their body, learning something new. Others are very serious and want to become teachers and pursue belly dance.

What is one of your most memorable performances?
At the Las Vegas Belly Dance Intensive I did a style called baladi with accordion and drum. I worked on developing the dance for months, and had a costume made especially for it based on the golden era of belly dance in Egypt, the 1930s-1950s. I adore that era. Simplicity was king and it was about the strength and personality of each dancer and their skill. I took inspiration from them and left it improvisedthat way there’s always this excitement. That was a really special experience and that performance opened up a lot of doors for me. I also love American Cabaret style of dance, which came about in the 70s and 80s in the Arabic club scenes of big cities like New York, Boston, and San Fransisco.

What are your thoughts on the sensual aspect of belly dance?
Unfortunately there are a lot of misconceptions out there, so I tend to always focus on the opposite end of the spectrum. I try to train my students to speak intelligently about belly dance because it’s inevitable that someone is going to say something to them. The fact is that yes, dance is literally an experience of the senses. You have to feel it. You have to feel your body moving through space. You have to listen to music, take it all in and then express it with your body. Middle easterners don’t call it belly dance, it’s just dance, “raqs.” I perform Raqs Sharqi, literally meaning “dance of the east,” which is a style meant for stage, often involving some elements of western dance such as lifted arms and traveling steps. The dancer is almost another instrument in the band, the one who is the visual embodiment of the music. Sometimes the dance is improvised, sometimes choreographed. There’s also Raqs Beledi, or homestyle dancing, which translates to “dance of the people.” This is a more grounded, earthy style. Simplicity rules, core movements of the hips and lower torso are the focus, and the arms tend to frame rather than lead.