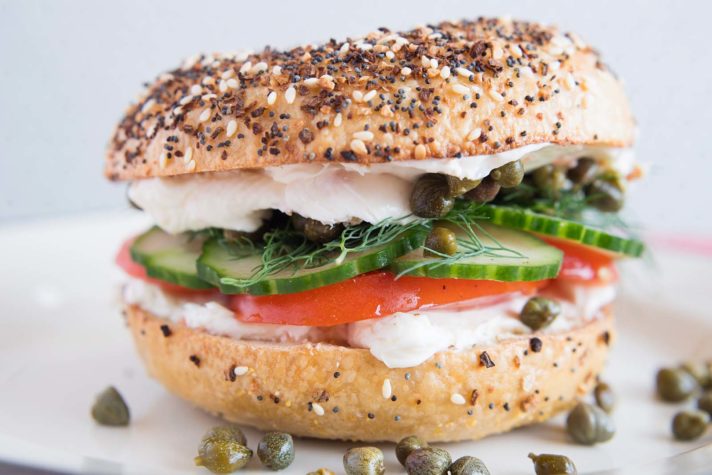 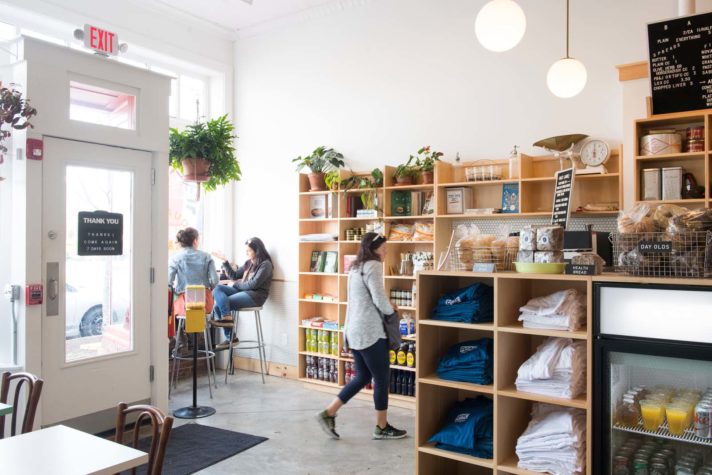 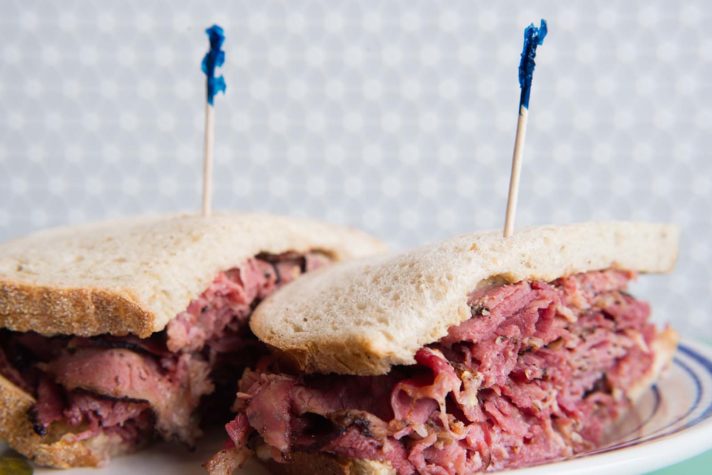 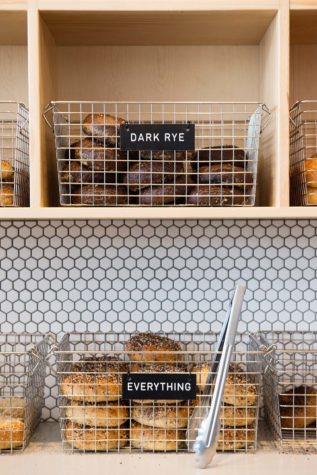 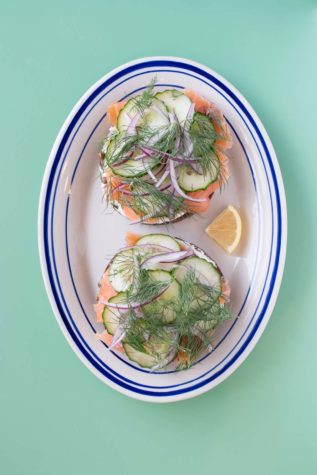 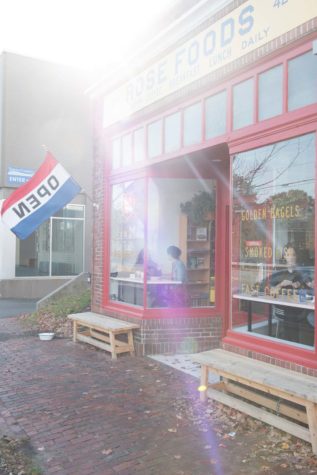 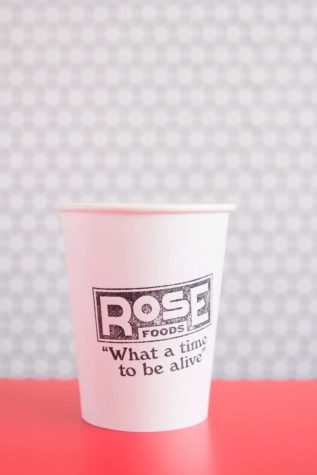 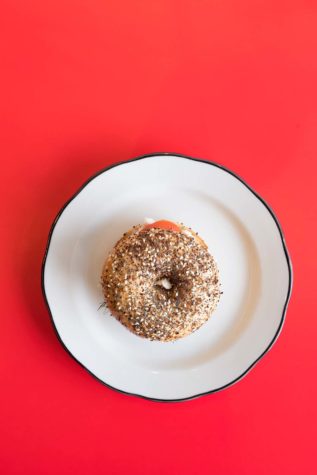 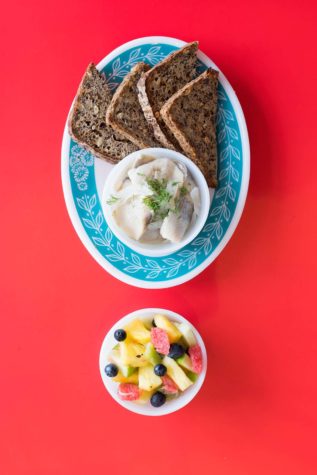 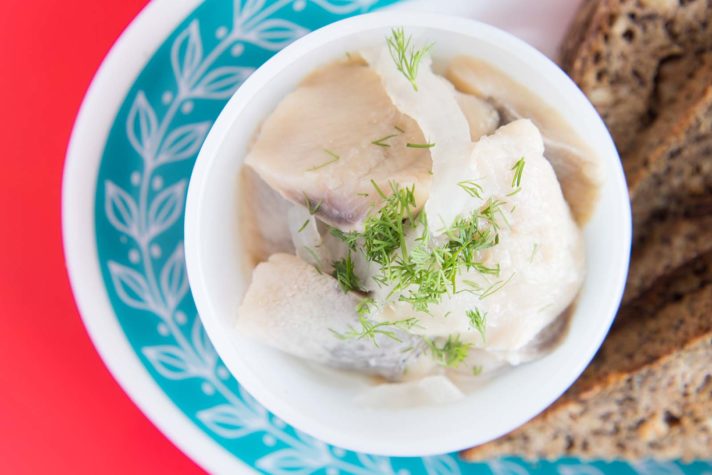 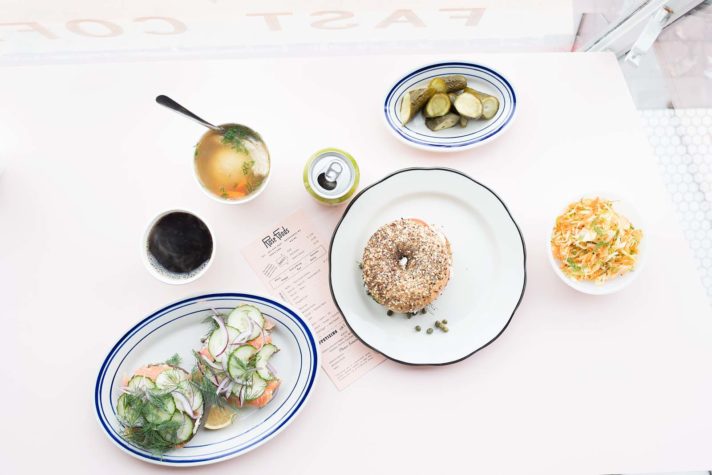 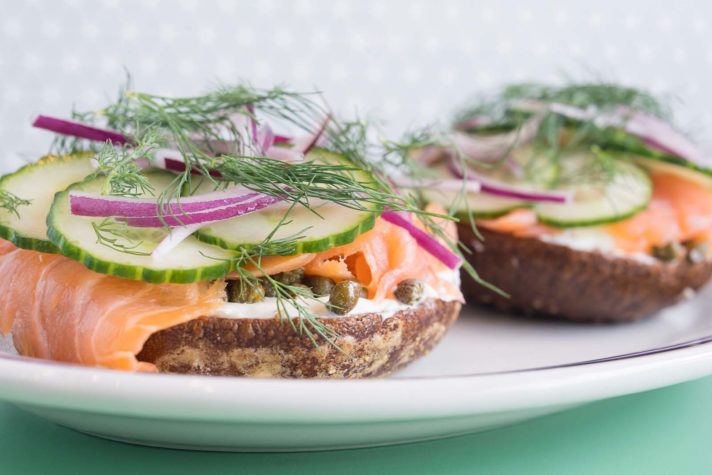 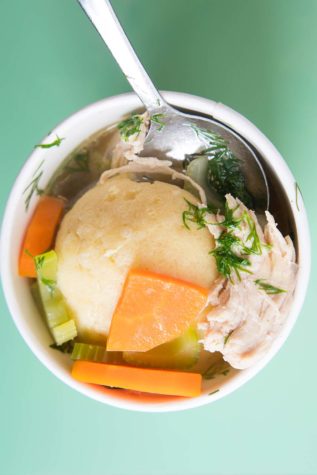 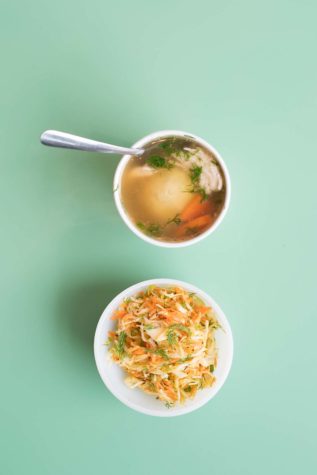 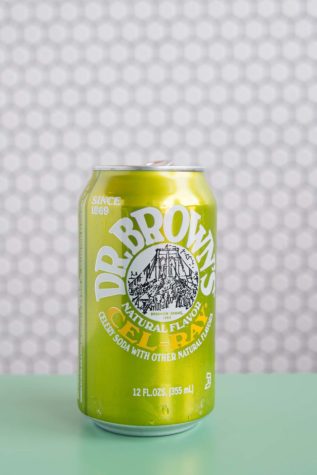 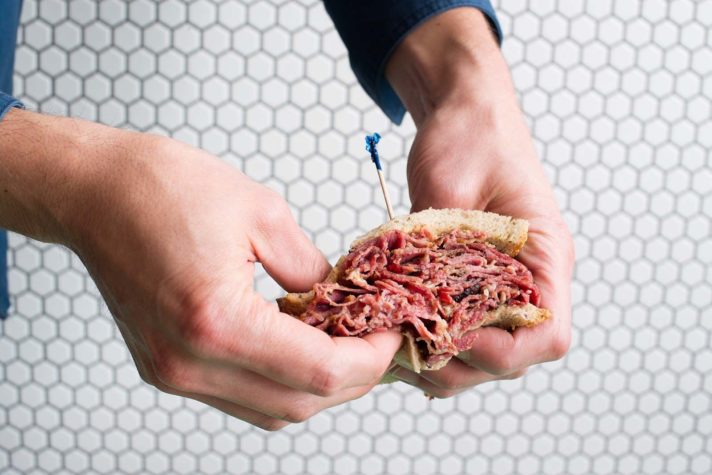 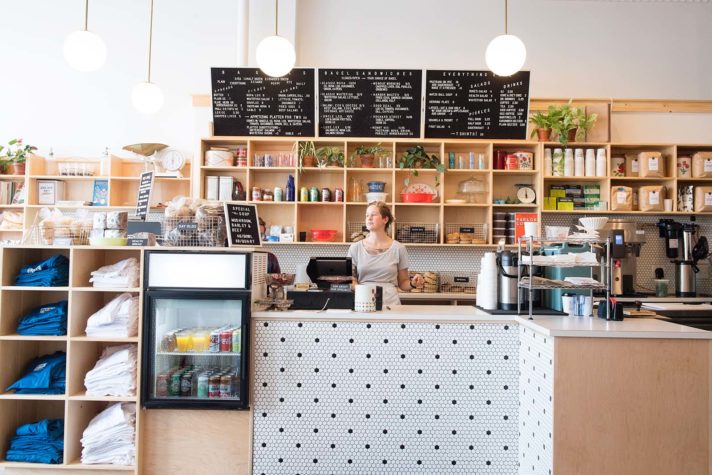 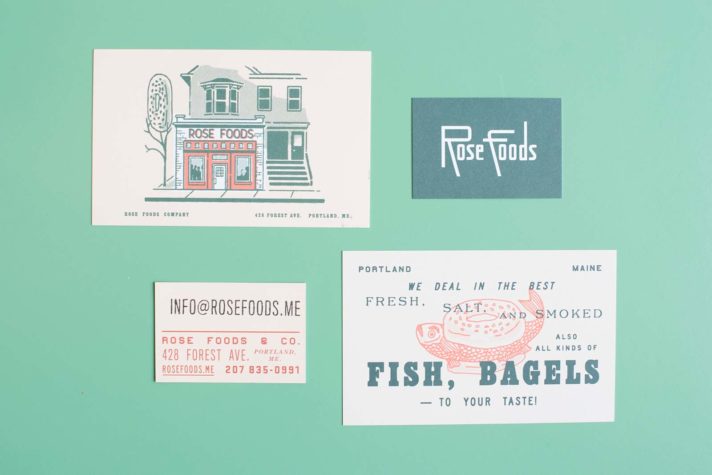 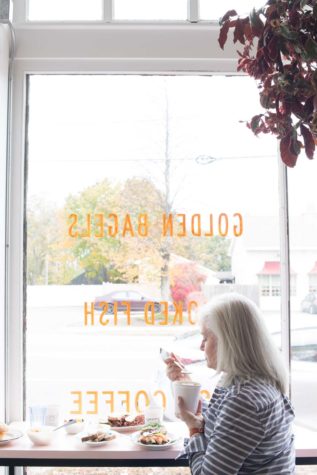 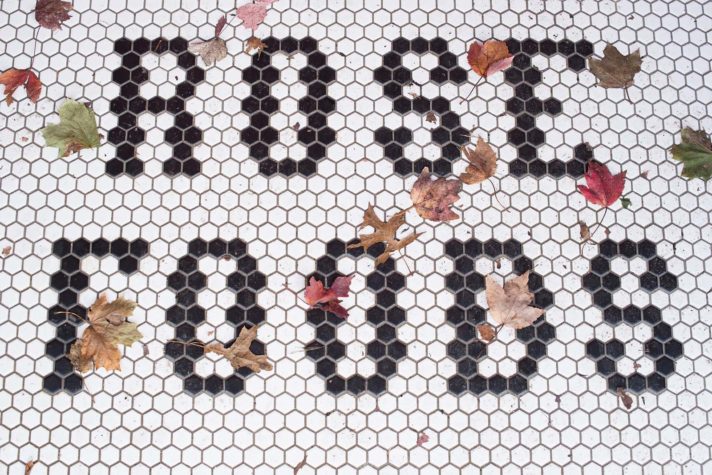 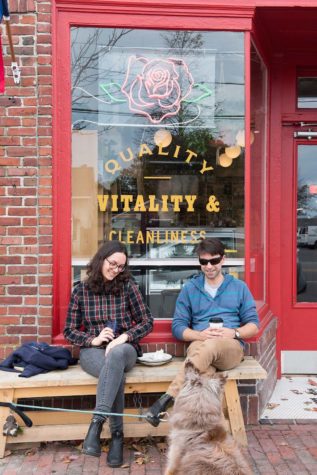 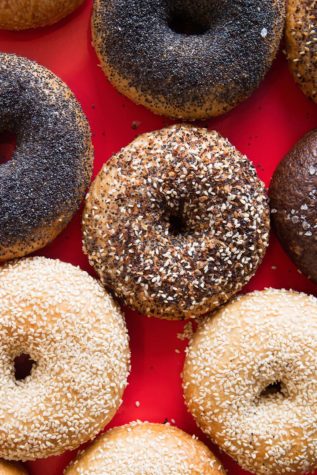 My Jewish grandmother was not much of a cook. In fact, I don’t ever recall the oven even being turned on. I’m not sure what she ate when we weren’t there, but when my family visited her in New York, it was all about the appetizing lunch. Here, “appetizing” is a noun, meaning a Jewish cuisine array of smoked fish and spreads to be eaten with bagels. There were several kinds of cream cheese, chopped herring, whitefish salad, and my favorite, salty belly lox, served with fresh bagels that were never toasted, and the adults sipped black coffee. My mother’s family gathered around that table is a significant part of my childhood memories.

Rose Foods owner Chad Conley does not have the same kind of food memories as I do, but his wife, Rachel Schlein, can relate. While growing up in Maine, trips to New York meant stocking up on favorite foods, such as whitefish and lox. She introduced Conley to Jewish foods when they first visited New York City together. After a subsequent trip to Toronto and a visit to Schmaltz Appetizing, Conley had a “lightbulb moment.” The chef, who also co-owns the insanely popular Palace Diner in Biddeford, felt ready to take on another project. “It was the first time I thought about a Jewish restaurant,” he says. “I wanted a daytime business, so I could have normal working hours. There aren’t many high-quality daytime restaurants in Portland. This is a good fit.” He dove in, tackling bagels first, the foundation for everything. “I had a product in mind and worked towards that,” Conley explains. “Every time I remade it, I changed a variable. I wanted to make one that stood out.” Through much trial and error, he arrived at a blend of sourdough and traditional yeasts, producing a light-crusted bagel with a slight sheen. After perfecting the recipe, he hired baker Kevin Gravito, who can “miraculously produce a consistent bagel” at least 500 times a day. Six kinds of bagels are offered, including a daily special, which is up to the whim of the bakers.

Once the bagels were in place, Conley turned his concentration to the rest of the menu. Some of the items, such as the soothing and flavorful chicken soup with matzo balls and chopped liver, a popular specialty, are made in-house. “We sell a lot of it to go,” he says. And the latkes (potato pancakes) that are only available on weekends are a house-made treat—hot and crisp, served with both applesauce and sour cream. “But it’s important to recognize products that other people are doing well,” says Conley, explaining why he gets nova, lox, sable, whitefish, and herring from New York. Gravlax, a salmon cured with dill, comes from Ducktrap River of Maine in Belfast. Conley developed the menu, then brought in Matt Jatczak, a chef from Chicago, to make it work and keep the kitchen functioning smoothly.

An old-fashioned black felt menu board details the offerings. There are two ways to do this: you can choose your own spread, fish, and add-ons from the list for a custom bagel sandwich, or you can order from the list of composed sandwiches. Some sandwiches can be ordered open-faced, so that you get fish on both halves of your bagel. Each one is a beauty, but I’m partial to the Henry VIII with pastrami nova—smoked salmon cured with pastrami spices, such as coriander, paprika, black pepper, and brown sugar. It’s served on horseradish cream cheese (fairly mild), with thin slices of red onion and parsley leaves. If smoked fish for breakfast isn’t your thing, that’s OK. There’s a big salami, egg, and cheese bagel sandwich as well as the Harbor Master with fried eggs, smoked cheddar, and kelp. The nice thing about any of these sandwiches is that they’re perfectly suitable for lunch, too. The hefty pastrami sandwich on rye is a popular midday choice. Add a Rose Foods “health salad,” a mix of marinated cabbage and carrots with dill and caraway, another traditional Jewish deli item. If you’re in a hurry, choose an item from the limited Fast Lane menu, or even call ahead.

Conley has honored his wife’s heritage at Rose Foods, even naming the place for her great-grandmother. The restaurant has a vintage feel, a cross between a 1940s deli and my mother’s circa-1965 kitchen. One wall is covered in bright yellow wallpaper with pink roses. Mismatched chairs, period lighting, and Formica tables in aqua, orange, and black complete the look. There are lots of retro Pyrex dishes, too, mostly gleaned by Conley from a shop in Woolwich. He’s also stocked the shelves with a mix of nostalgic Jewish deli items, such Dr. Brown’s soda and Maine specialties, including Raye’s Mustard. For me the whole place feels, and tastes, familiar, right down to the sour pickles. I’m thrilled when Conley tells me I’m his target customer. “A lot of people have memories of this kind of thing,” he says. “But you have to appreciate the fresh and new, too.” 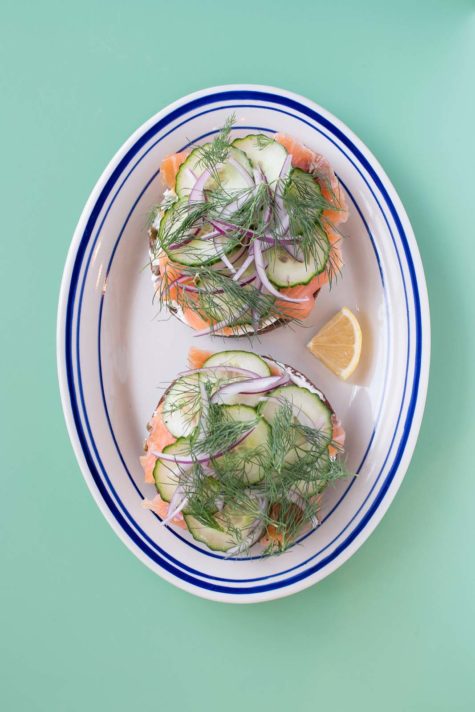 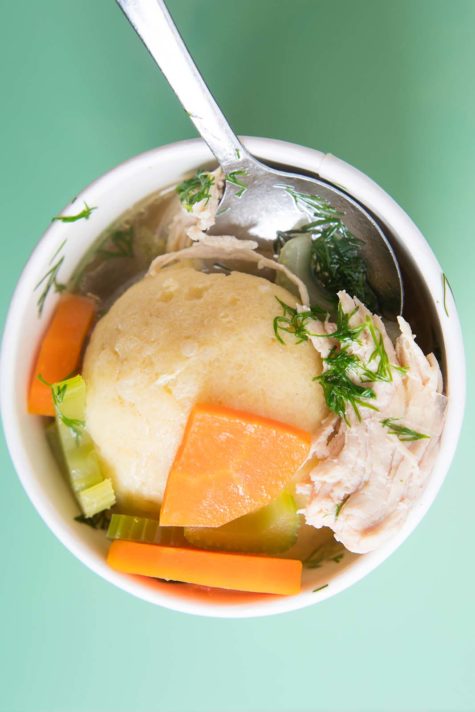