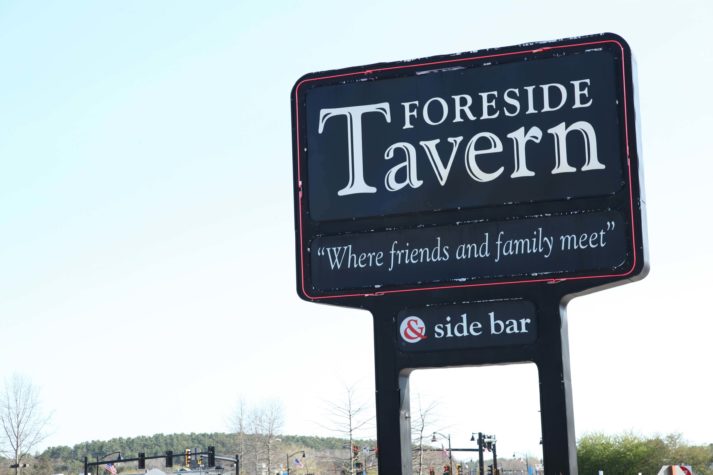 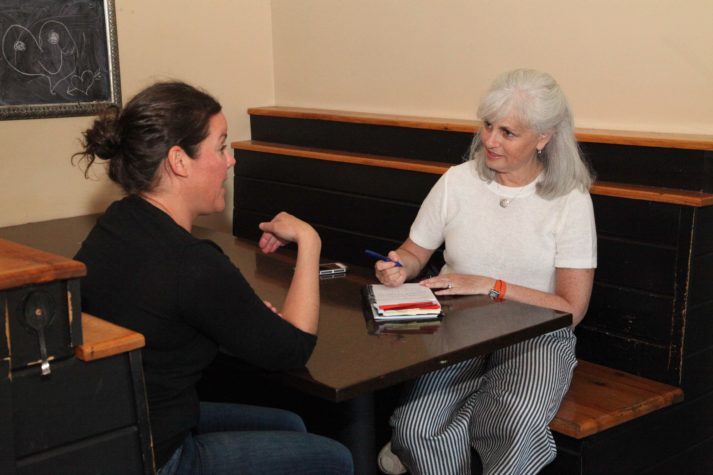 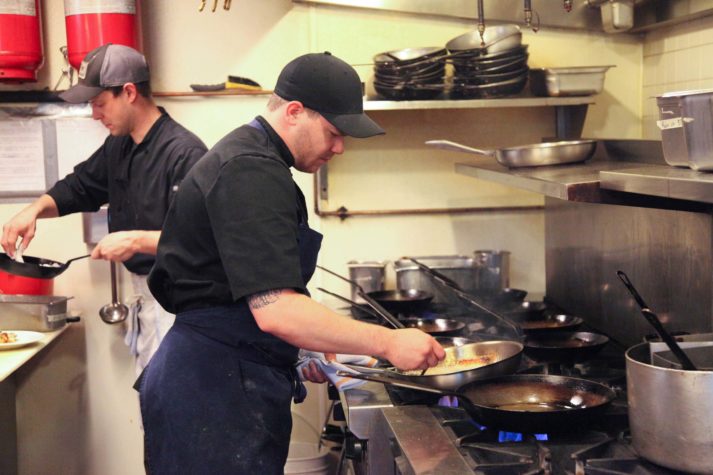 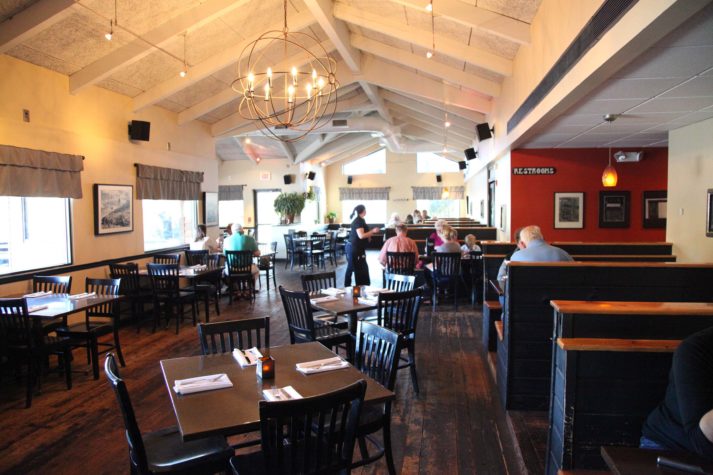 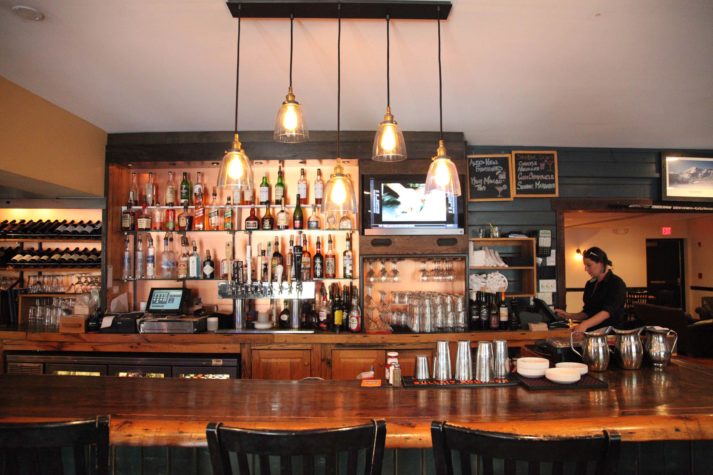 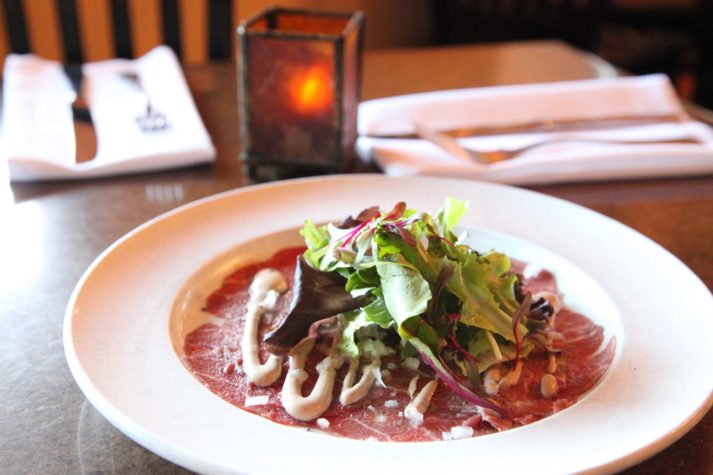 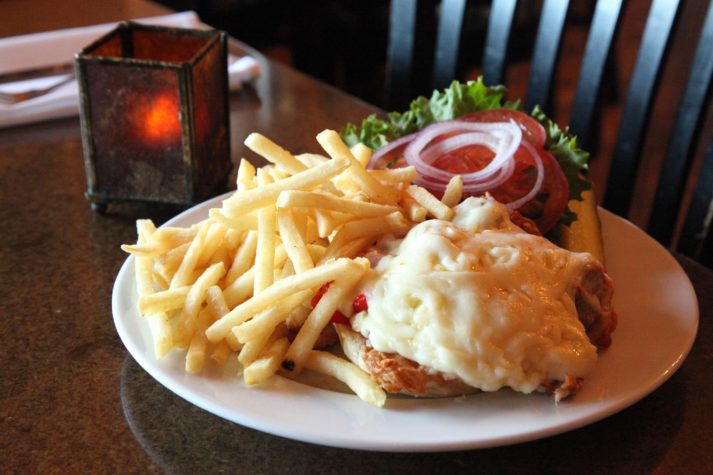 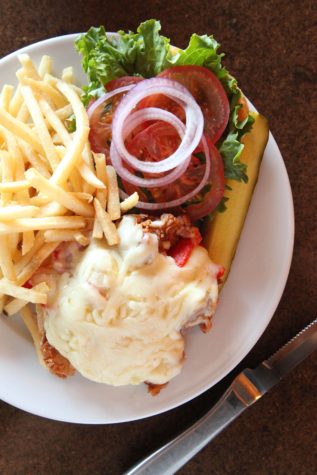 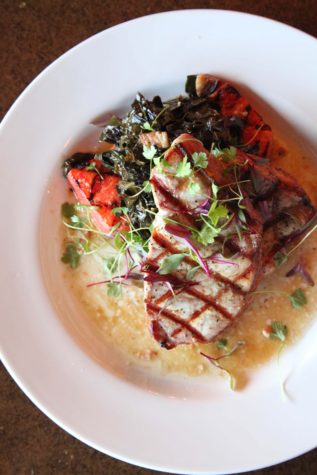 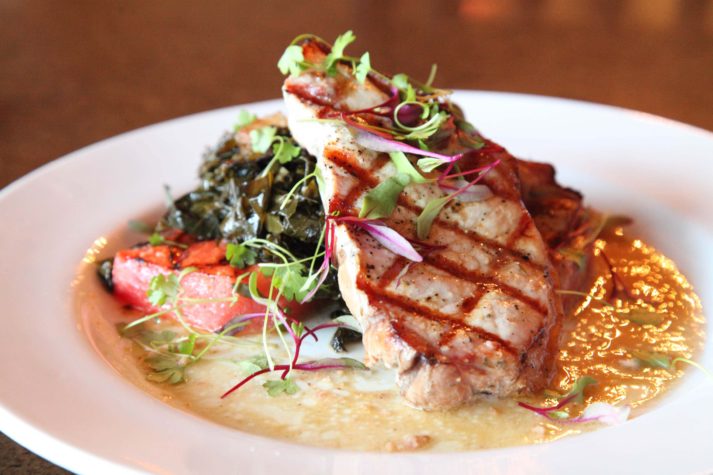 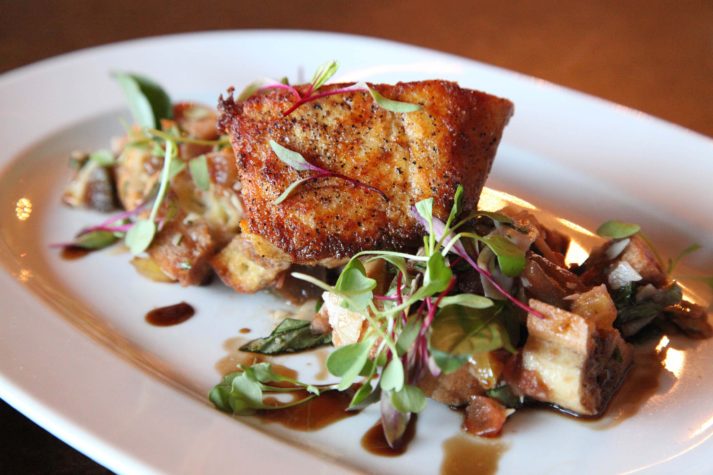 May, 2016 By: Karen Watterson
Location: Falmouth

When my children were younger, the one place we could all agree on was Foreside Tavern. One proclaimed they had the “best chicken wings ever”. I like the salads and my husband was happy with ribs or a burger. We all agreed to share the giant plate of nachos, each and every time. Always the nachos.

Foreside Tavern opened more than 11 years ago, and from the start, it was clear that Falmouth was hungry for a new restaurant. “We were busy from the very first day,” says owner Anne Verrill. The previous tenant in the space was Moose Crossing, a steakhouse with campy décor including an enormous fake pine tree and many mounted moose heads. It took Verrill and her team a full year to complete the renovation, and fulfill her vision for the space. “I had just returned from Colorado, and we were going for more of an updated ski chalet feel,” she says. They ripped out fake grass flooring and replaced it with reclaimed wood floors. Taxidermy and other trappings came down, and in came a simpler look, welcoming and comfortable. The large bar area is a busy spot, with several large screen televisions, high top seating and dining specials chalked on a black board. And an outdoor patio on the side is an inviting oasis, with a small waterfall, pergola and a buffer of hydrangeas muffling any traffic sounds.

Inside, big booths can hold six people easily and fill up with families or groups of friends. Kids coming off the Little League field or from the dance school next door, older adults who live nearby and anyone who would rather not cook tonight can find what they like at Foreside Tavern. The nachos and famous Foreside burger are still favorites, but Verrill tells me that much of the menu has morphed into what the community requests. “It’s very much a collaboration with customers,” she says. Items like the ever-popular strawberry and goat cheese salad makes an appearance every summer and the grilled salmon sandwich has earned a permanent spot on the menu as well.

This spring brings some new changes that Verrill is very excited about. Chef Tim Anderson has been hired away from Grace, the other restaurant owned by Verrill. The new spring menu is Anderson’s first creation for the Tavern and it has people talking. “Customers are curious about what Tim is offering,” says Verrill “They’re intrigued by what’s going on in the kitchen.” Anderson has purchased a new smoker and he uses it daily, for several dishes, such as smoked pork loin, served with grilled watermelon and swiss chard. The two generous pieces of meat are juicy, not overwhelmingly smoky and delicious with a bacon vinaigrette. House -smoked salmon shows up in a caprese-style salad with heirloom tomatoes and fresh mozzarella. “We use all the same ingredients here that we do at Grace, so you’re getting really high quality food, just prepared more simply,” Verrill explains. I taste a beautiful, pan-seared piece of halibut sits atop panzanella salad with lots of fresh basil, an uncomplicated but winning combination. It’s evident that Anderson has brought a sure touch to the Foreside Tavern menu.

When I ask Verrill how she makes it work, running two highly popular and busy restaurants, she doesn’t hesitate. “It’s the staff,” she says proudly. “They’re the heart of this place, and the reason it all happens.” Among others, Kali Collins is the manager that Verrill relies on daily. “She cares about the restaurant as much as I do,” she says, “she gets it to her core.” Verrill is exceptionally proud of her long term staffers, who know most customers by their first names and make this “a special atmosphere.”

Verrill is committed to the community that supports the Tavern, in many ways, including Giving Monday, donating a percentage of the day’s proceeds, once a month, to local organizations in need. “I never imagined this turning into what it has,” she says, “there’s been so much support and love around this place.” 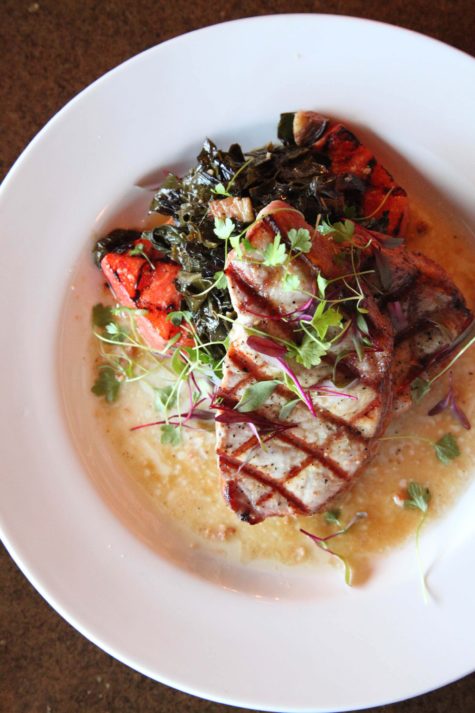 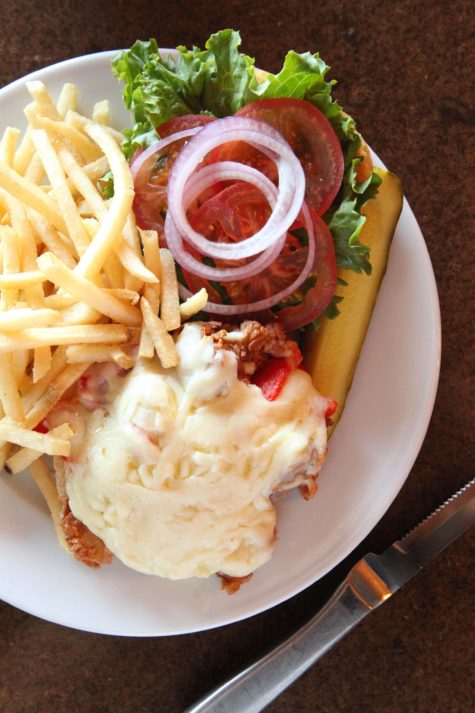