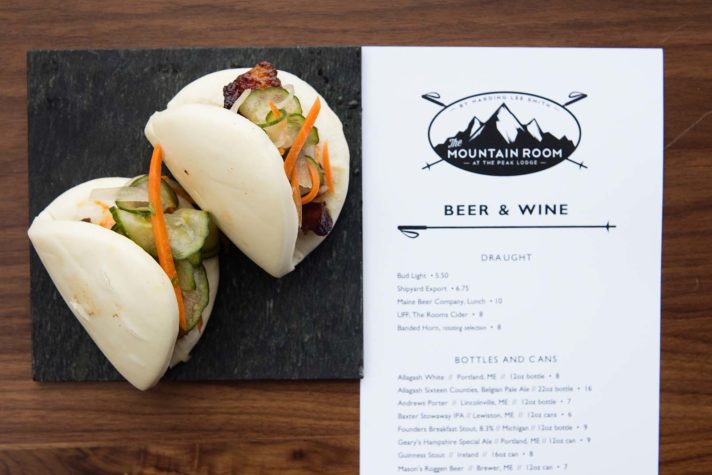 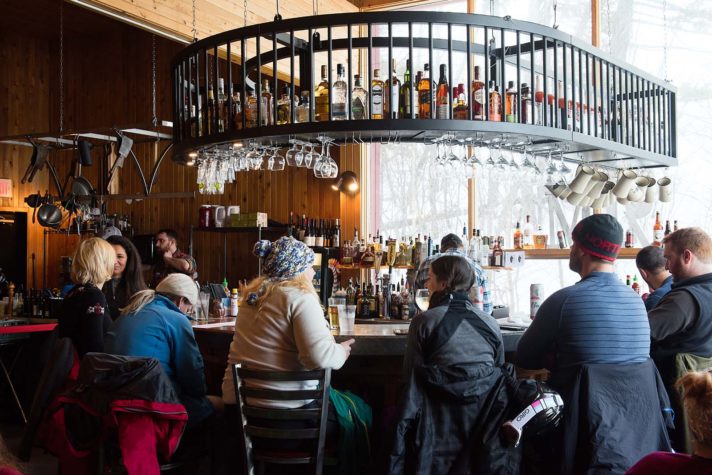 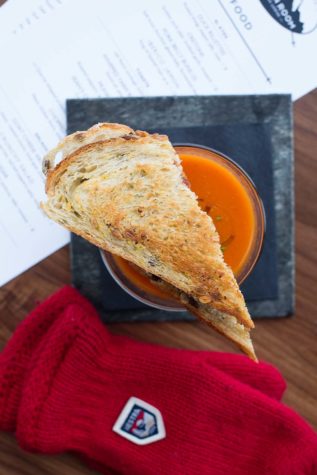 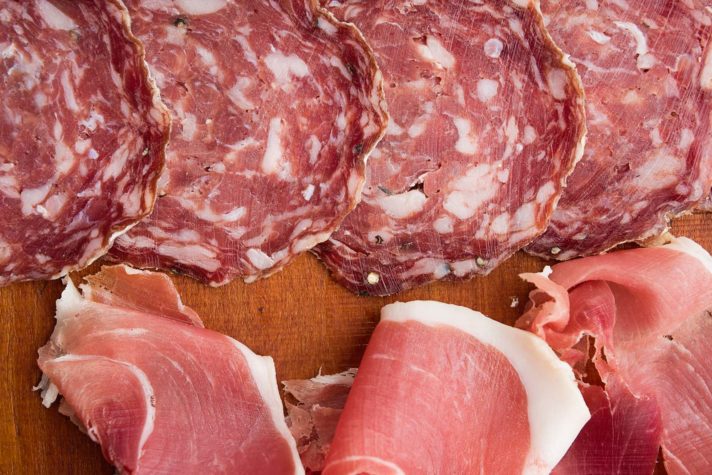 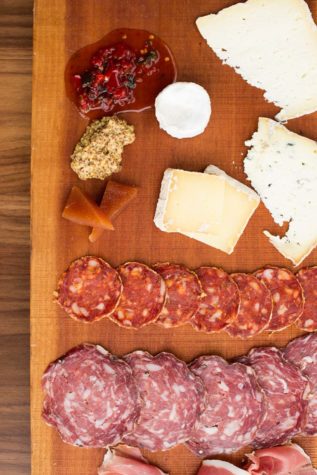 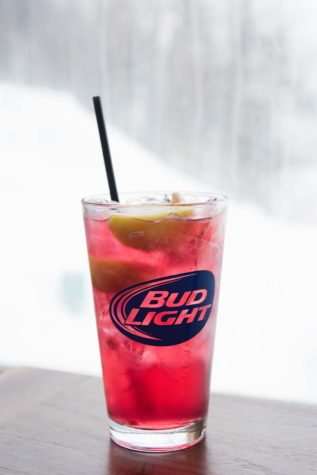 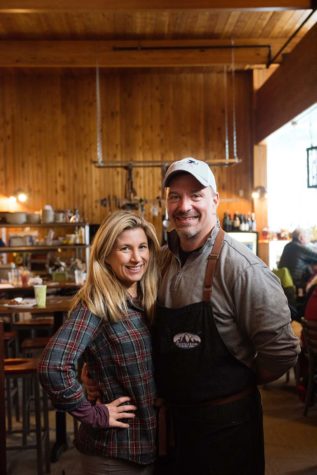 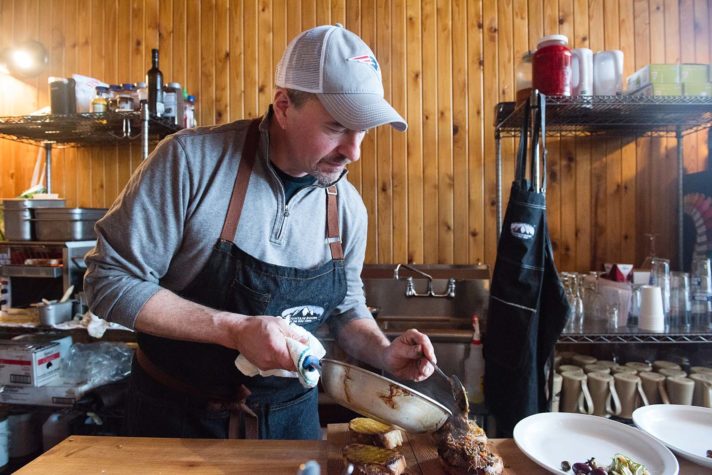 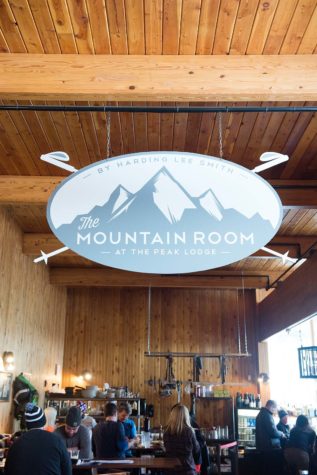 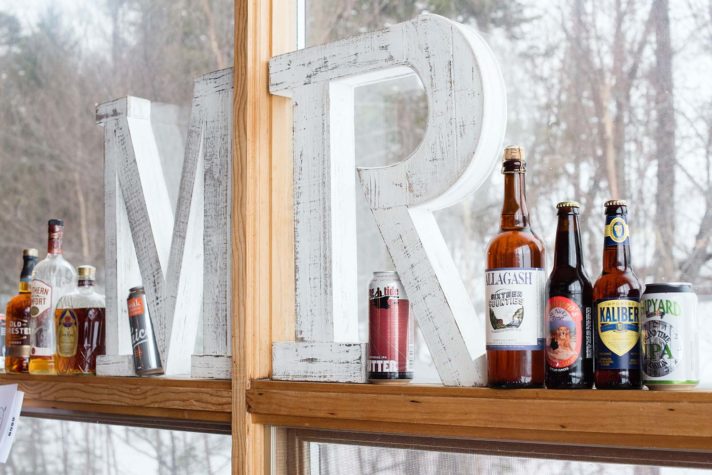 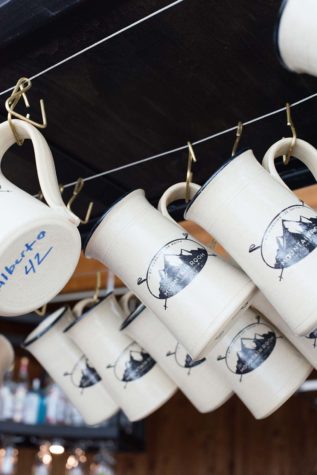 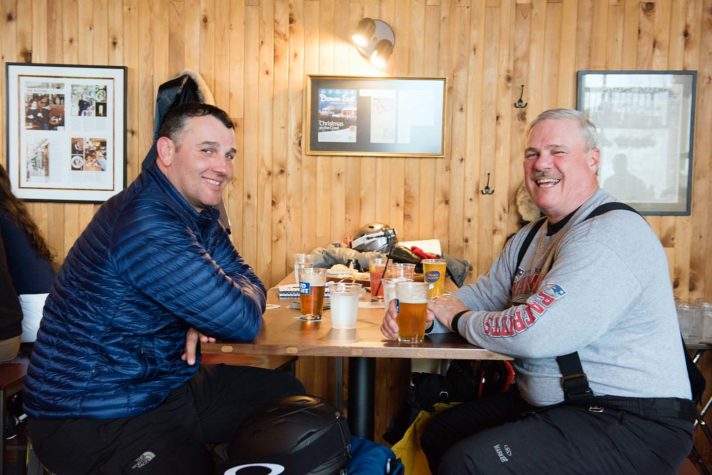 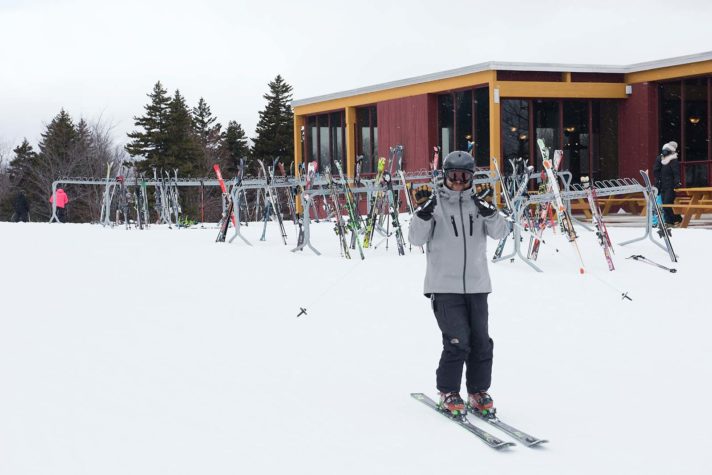 There are two kinds of skiers. There are those who want to be at the lifts as soon as they open, already having eaten a banana and gulped down a cup of coffee in the parking lot. They ski hard, only stopping to enjoy their packed lunch of peanut butter and jelly. That used to be me, but these days I prefer a more leisurely model, waiting for the day to warm up a bit before going out and a lunch that’s not served on a cafeteria tray. Maybe even a glass of wine, or a beer. If you’re with me on this, Harding Lee Smith has opened just the place for us. Smith, owner of the four Portland restaurants known as the Rooms, has added the Mountain Room to the collection.

The Mountain Room occupies a previously underutilized corner of the Peak Lodge, about halfway up the mountain, at the top of the Chondola lift. The curved bar looks out on the mountain through large windows. Several high communal tables surround the bar, and a television in the corner is playing old Patriots games, always a popular choice. We watch servers go by with big wooden boards of meat and cheese, some appetizing sandwiches, and many trays filled with beer glasses. In the far corner is Smith, working by himself, fully engrossed in his cooking tasks. He’s working with little more than a meat slicer, a conveyor belt toaster, and a panini press. Cleavers, tongs, and cutting boards are hung from a rack above his head. The area is barely eight by eight feet. “I had to figure out the menu based on the space,” he tells me. “I thought, what can I do that’s really cool and different, without a ventilation hood and without a staff? I thought hard about the kind of food people want. I also knew it had to be quick.”

His thoughtfulness has led to a menu that’s simple but highly creative and entirely delicious. Three types of boards with cured meats, cheeses, and other fun fare are popular for sharing. With ingredients laid out simply on rustic wooden boards, the quality must be first rate. Smith sources excellent soppressata, Calabrese salami, and prosciutto, and slices it to order, along with local cheeses from Lakin’s Gorge Cheese. House-made pepper jelly, quince paste, and mustards are fine accompaniments. A menu category called “Toasts” features oxtail marmalade, made by Rooms baker Sean Doherty. Smith tells me the meat is braised for ten hours, until meltingly tender, then finished with sherry vinegar for a touch of sweetness. It’s piled on a thick piece of toasted sourdough bread and topped with shaved Grana Padano cheese and a drizzle of truffle oil for a luscious treat. Several other toasts are available as well, including whipped farm ricotta with pancetta. A pressed ham and cheese sandwich, with Iowa ham, soft goat cheese, and that zesty pepper jelly, is very different from the one you’ll find at the cafeteria. The skier sharing our table offers his endorsement. “This is the best ham and cheese I’ve ever had,” he says.

There’s a slight lull in the action as the afternoon winds down, and Smith has a few minutes to chat with me. “This season is phase one of the Mountain Room,” he explains. “Next year, the plan is to add onto the bar and build a deck, with Adirondack chairs and fire pits. It’ll be full service, with breakfast, lunch and dinner.” Harding Lee Smith in the kitchen, plus a deck, fire pits, and chairs? That’s my style of skiing. 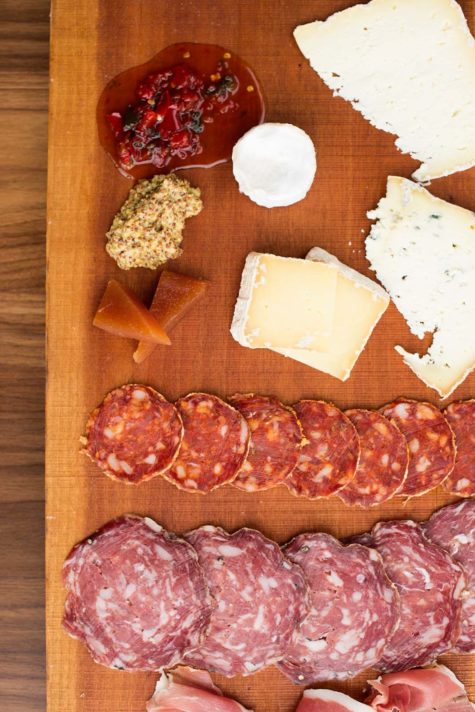 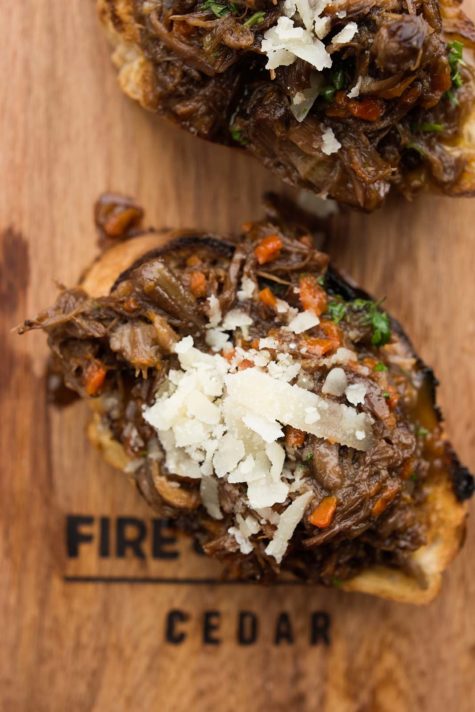