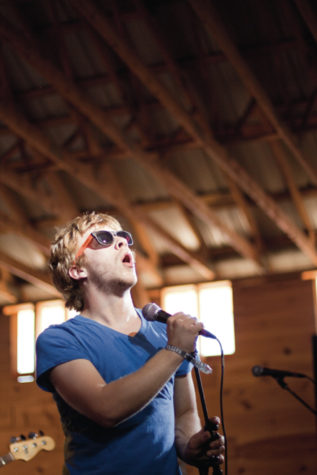 Bryan Bruchman doesn’t miss a beat when it comes to music happenings around Maine. Every issue he fills the calendar with the best concerts, album releases, and news from your favorite artists and venues.

Medeski Martin and Wood
November 19 | 8:00 p.m.
They make compelling experimental jazz that appeals to both jam-band music fans and those looking for something a bit more challenging.
Port City Music Hall | Portland | portcitymusichall.com

O’Death with Jacob and
The House of Fire and The Woes
November 20 | 8:00 p.m.
The new owner of this cozy café and music venue brings his punk-inspired rowdy folk band, O’Death, up from New York City to get a taste of Maine and break the joint in properly.
The Oak + The Ax | Biddeford | theoakandtheax.blogspot.com

Pete Miller
December 2 | 8:00 p.m.
Yet another up-and-coming acoustic songwriter in Portland. His honest songs and raw talent set him apart from the rest, and One Longfellow Square will present his music in a more appropriate setting than a rock club would.
One Longfellow Square | Portland | onelongfellowsquare.com

From the Old Port Festival in June to the Common Ground Fair in September, Mainers had plenty of chances to hear live music performed outdoors. Local acts Gypsy Tailwind and Grand Hotel (pictured) shared the stage with major acts such as The Flaming Lips, George Clinton, and OK Go in Oxford for the Nateva Music + Camping Festival and on the Bangor Waterfront at the KahBang Music, Art + Film Festival. As next year’s festival season gets lined up, we’ll share the dates with you here.

This winter will see the release of several new albums on Ron Harrity’s label of (mostly) Maine-based artists, including Huak, OLAS, The Hands of the Wrong People, Hearts By Darts, Company, and Dan Blakeslee.

In Portland, the North Star Music Café closed on September 19. The same weekend Blue changed hands from Barry P. Martin to Terez Fraser. On October 15, the State Theatre reopened with My Morning Jacket. Biddeford’s Hogfarm Studios Annex may be gone but the space has been reinvigorated and renamed The Oak + The Ax.