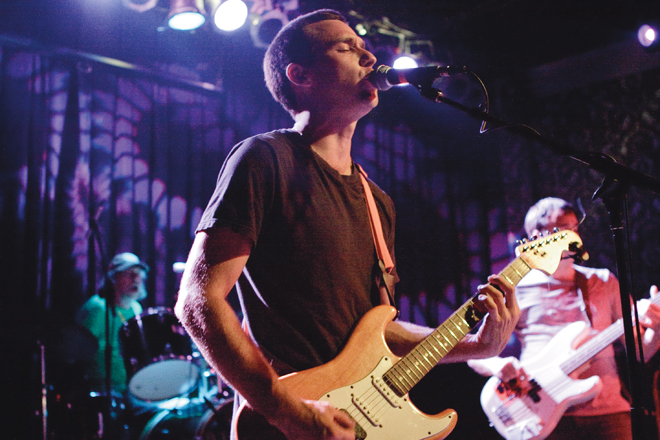 To Be Released
Though he’s spent a good amount of time traveling and touring, Billy Libby is still a familiar face in Portland, where he’s performed on many of the city’s stages with various acts over the years. This month, fans can finally get what they’ve wanted all along: a proper release of the multi-talented songwriter’s solo work—with the help of a few friends, of course. Pitter Patter is a five-song EP, released in conjunction with Intrigue Music. Libby promises a slew of regional performances this year and another EP in 2012.

Lady Antebellum
September 5 | 7:30 p.m.
The moniker of this country trio is misleading: their songs are modern, sweet, and poppy, cleverly making excellent use of their co-ed lead singers to craft their arena-ready tunes.
Bangor Waterfront Pavilion | Bangor waterfrontconcerts.com

The Whisperians
September 8 | 9 p.m.
Local promoter A Robot has been throwing excellent, free, low-key shows at Flask Lounge. Tonight brings the Whisperians, a poppish NYC punk band in the vein of Superchunk and the Thermals, to the cozy Spring Street bar.
Flask Lounge | Portland | flasklounge.com

Tricky Britches
September 8 | 10 p.m.
Still fresh on the scene, this local bluegrass combo honed their skills on back porches and street corners before launching an extensive tour last year. Now they are making the rounds of Maine venues and quickly gaining a strong following at home.
Blue | Portland | portcityblue.com

Reba McEntire
September 17 | 5 p.m.
Known simply as Reba, the renowned Nashville artist and media mogul shows no signs of slowing her long-running career. An outdoor concert on the waterfront is the perfect venue to catch this country legend.
Bangor Waterfront Pavilion | Bangor | waterfrontconcerts.com