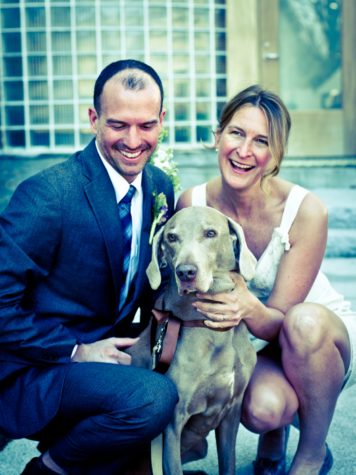 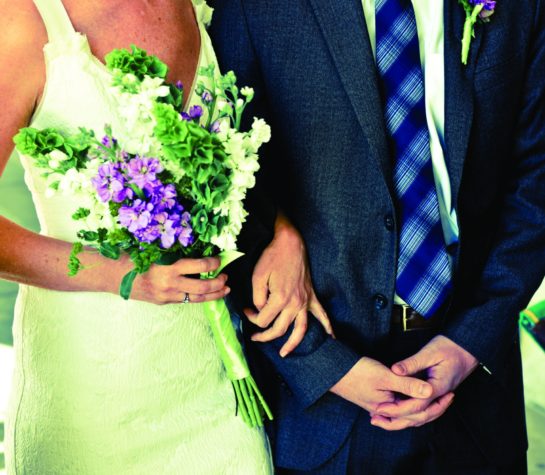 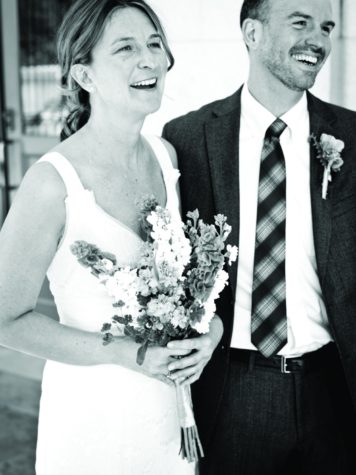 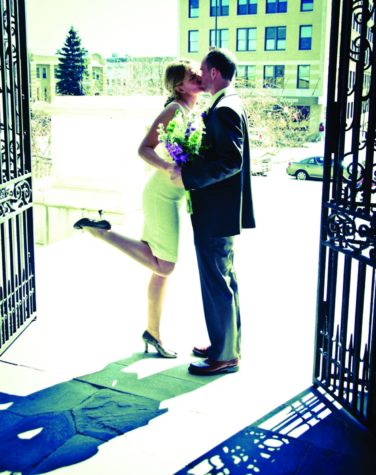 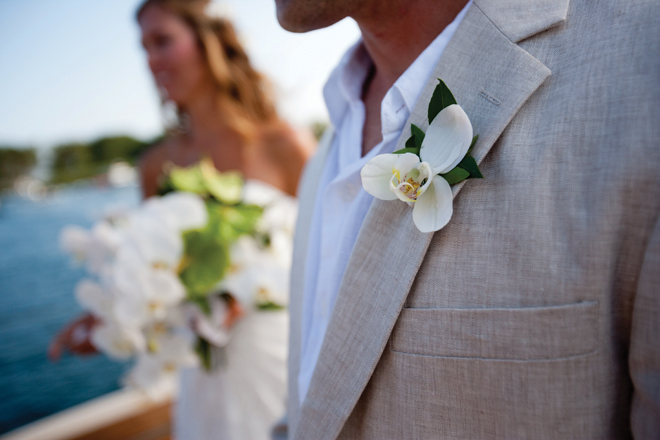 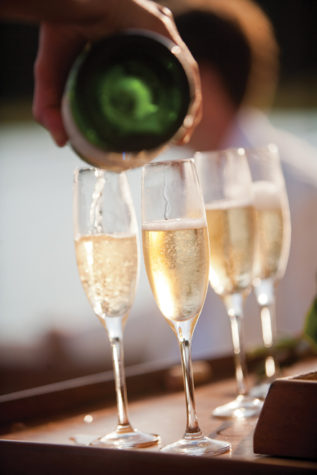 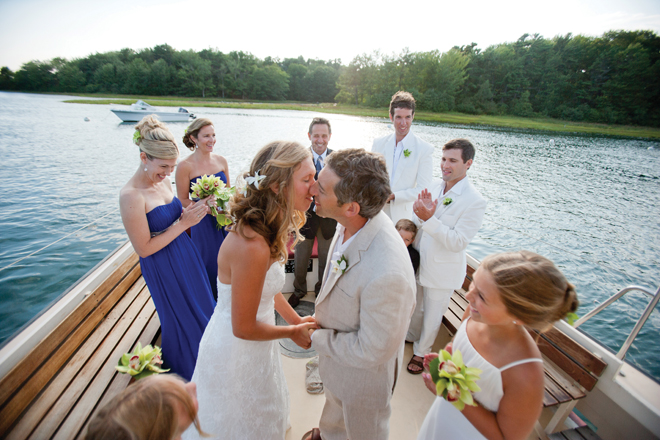 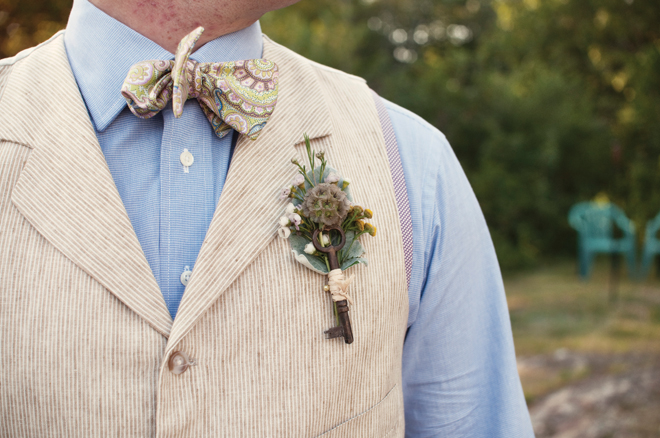 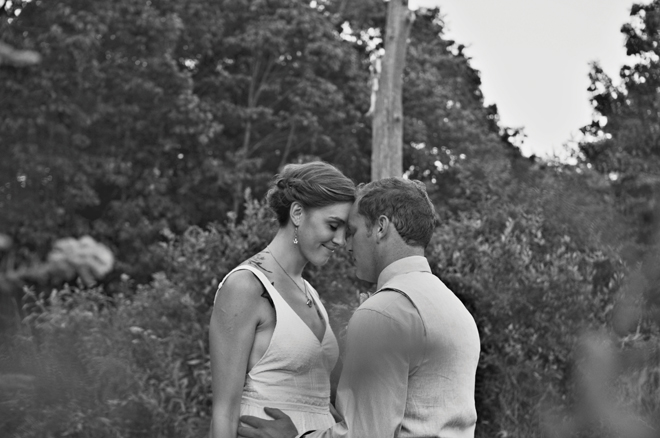 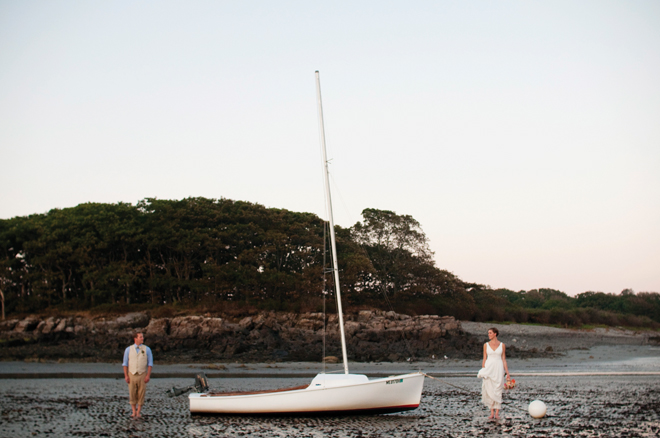 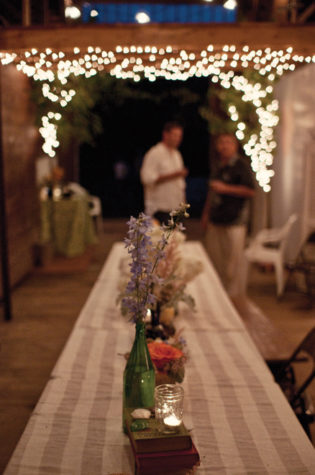 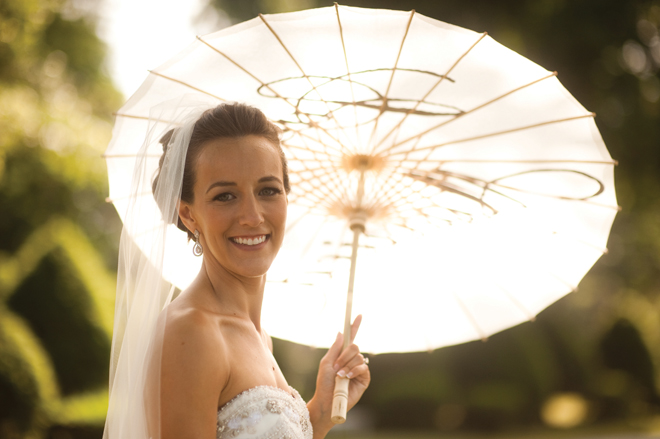 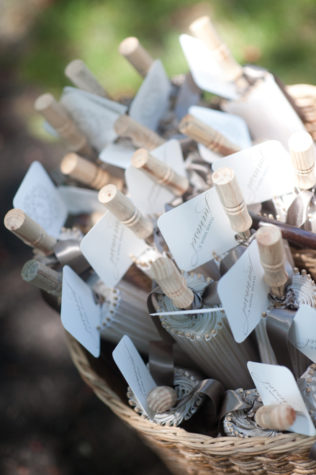 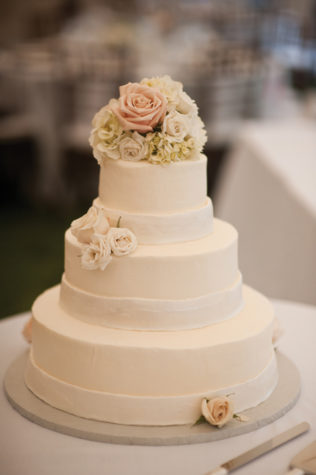 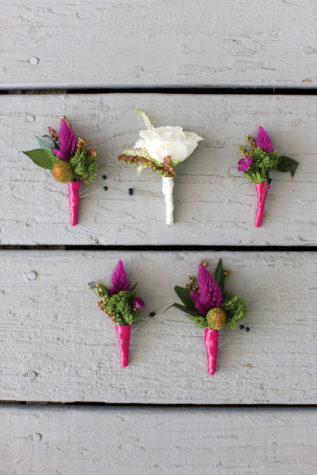 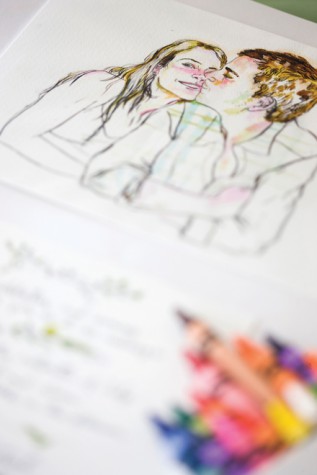 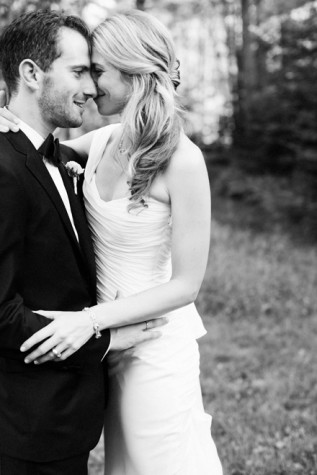 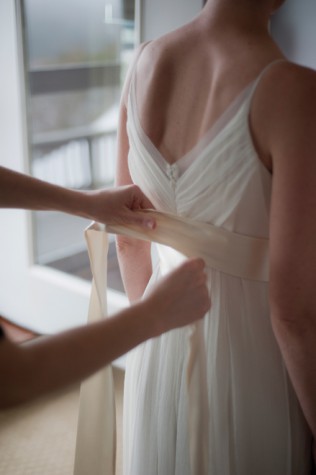 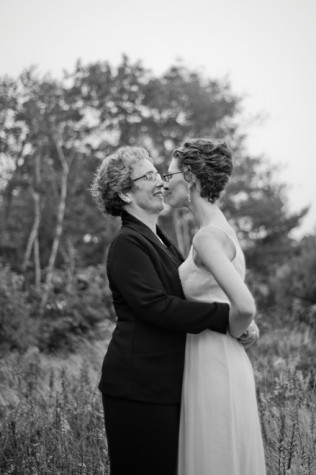 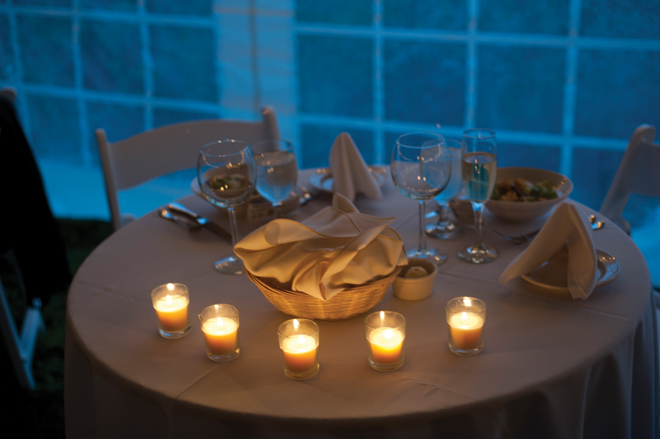 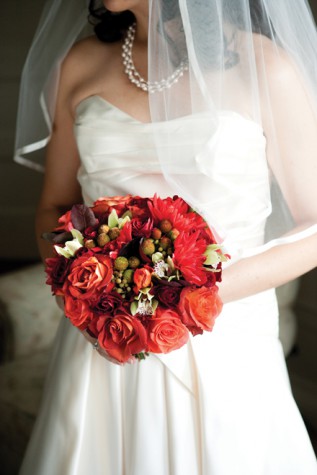 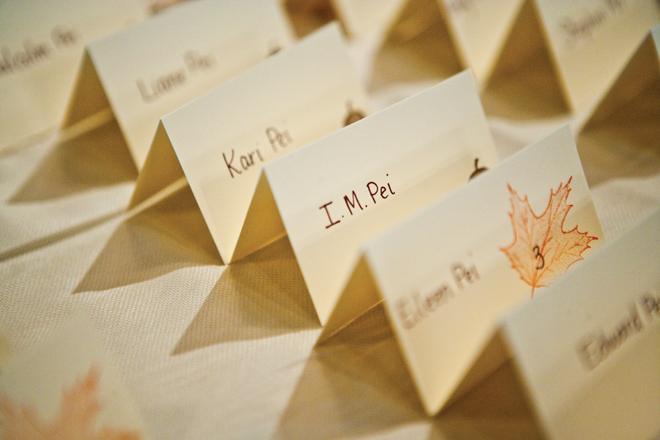 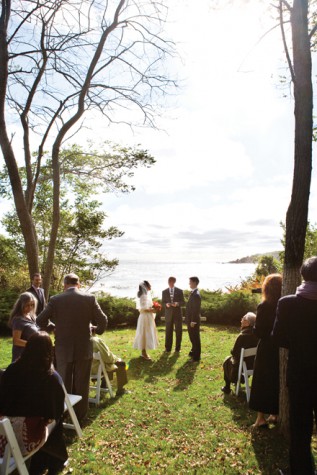 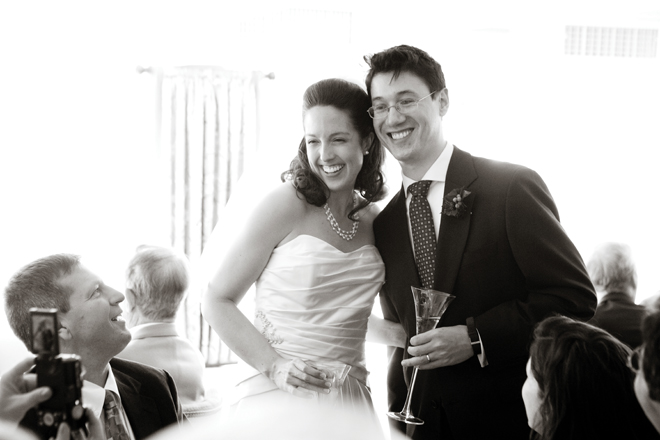 “We felt so warmly embraced by our community and the people who provided services for our celebration.”

As Diane and Monique recall, a conversation one quiet Saturday afternoon at home yielded a spontaneous proposal. They both agree: “It was perfect.” Following their legal marriage in New York, their friends and family came together for a weekend-long celebration at Grey Havens Inn in Georgetown. The couple felt incredibly supported by the staff at the Inn and those they collaborated with to create their beautiful wedding. Although the threat of rain pushed the wedding ceremony indoors, it turned out to be a blessing in disguise—they loved the cozy interior setting. One of the most precious and memorable moments came when they accidentally ran into each other in the hallway just minutes before the ceremony. And when Diane performed Beyonce’s “Single Ladies” with her nieces during the reception, the entire wedding party burst into applause and insisted on an encore.

“Growing up in Boston, Maine was considered a place where your main focus is spending time in nature and with the people you love.”

Dan developed a distant crush on the pretty and popular Andy while they both were attending high school in Brookline, Massachusetts. Ten years after graduating, Dan recognized Andy while stepping off the train that had taken both of them home from New York City. A couple of years after that fateful encounter, Dan’s elaborate proposal plan took him on a months-long search for a Mr. T piggy bank—the central figure in a story from Andy’s childhood—and required the assistance of the manager from the old-school Italian steak house they frequent in their lower Manhattan neighborhood. Dan and Andy’s wedding celebration drew friends and family from all over the world to Ducktrap Retreat in Maine. Favorite wedding moments include a surprise call from Dan’s 92-year-old grandmother in Israel, who offered a Hebrew blessing during the ceremony, and dancing their first dance to Etta James’s “At Last” sung by a mutual friend from high school.

“We feel as though in the end our wedding felt like us—classic and thoughtful, fun and personal.”

From the Christmas proposal to the mid-summer ceremony, Carrie and Mike took a hands-on approach to their wedding. As a designer and letterpress printer, Carrie, with Mike’s help, created all of the invitations, favor tags, hand-painted parasols, signs, ceremony programs, and more. The couple married in Carrie’s hometown—at the same church where her grandmother and grandfather were married—and the reception was held in a tent at her family home. Dance lessons provided some laughs leading up to the big day, and the band, which often plays at the bar where they met, was one of the first vendors they booked. For both husband and wife, Carrie’s walk down the aisle with her father was a most memorable moment. Mike remembers how incredibly happy he was when she came into view, and Carrie saw the proof in his ear-to-ear grin.

“We spent the night in a place we love, surrounded by the people we love, eating and dancing barefoot.”

Introduced through mutual friends, Elsie and Scott met on the coast of Maine, where they both grew up. Their connection was immediate. “There was never a question that we would be married one day,” says Elsie. The couple wanted their wedding to be a reflection of their lives together, and the result was a homegrown ceremony through and through. They were married with sand between their toes, and the reception took place beneath a harvest moon in the barn of the old farmhouse they live in. Elsie’s mom and sister baked peach and blueberry pies, and friends helped clean, string lights, and select music. Scott and his friends executed a menu that incorporated gifts from their garden, while Elsie arranged the flowers and decorated the barn with antiques from the farmhouse. Elsie wore her mother’s Swiss dot cotton and lace dress, which she altered with the help of a vintage pattern purchased at an antique store for two dollars.

“Our wedding rings were passed to us not on a pillow but on the end of a fishing pole.”

Not long into their first date, Jamie and Scott realized that, in many ways, they were opposites. “But chemistry is chemistry,” says Jamie. “Like two opposite charges that make a huge spark when they connect.” On a surprise trip to Napa and Sonoma, Scott’s proposal began with a list of all the reasons why he loves Jamie. Both Scott and Jamie entered their relationship with a daughter, and it was very important to them that the girls felt like they were part of the event. Their wedding, which had only 11 guests, took place on a boat off the coast of Kennebunkport, and it was followed by a nine-course meal at the White Barn Inn. Guests from away and from Maine marveled at the natural beauty all around them and felt bound together by the intimate ceremony they shared in.

“To have all the family together chatting in groups was a lot of fun.”

“Eloping was perfect. It made the wedding about us and being married—that was what was important.”

Both Annie and Mike went into their blind date with exit plans that were quickly abandoned—their first meeting ended in the wee hours of the morning and included a midnight boat ride out to Little Diamond Island. Two years later, just as the sun was rising, Mike proposed on a rocky beach on Ragged Island (Criehaven). Bogged down in wedding details one night, Mike casually suggested that they take off to Italy and get married there. While the words hung in the air, both Annie and Mike felt a huge weight lift off their shoulders. As people who enjoy simplicity and intimate experiences, eloping seemed just right. And so, on the steps of City Hall in a city they love dearly, Annie and Mike were married by their good friend before leaving on a flight to Rome that very night. An email to friends and family—“Off to Italy, but look what we did this morning!”—brought a lot of joy to an early spring day.