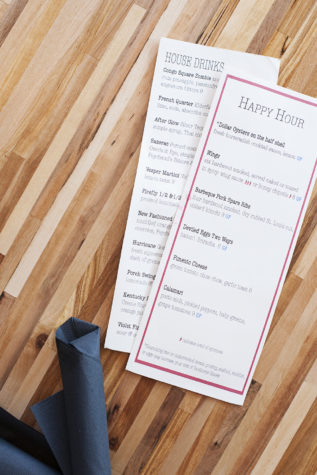 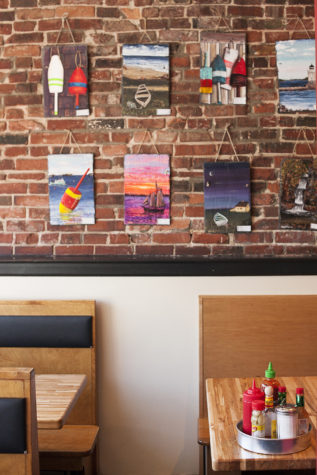 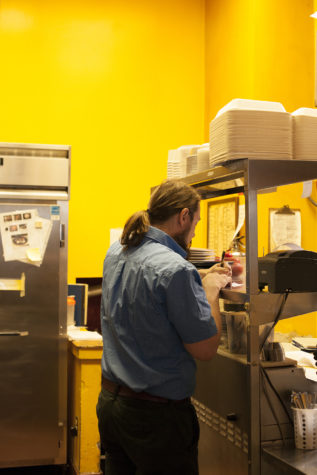 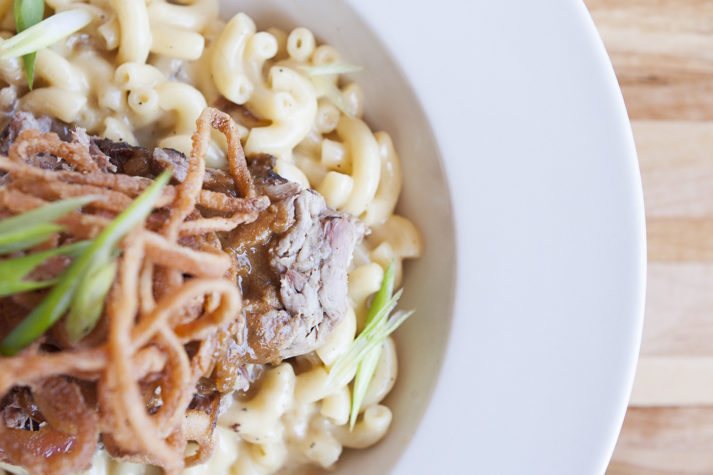 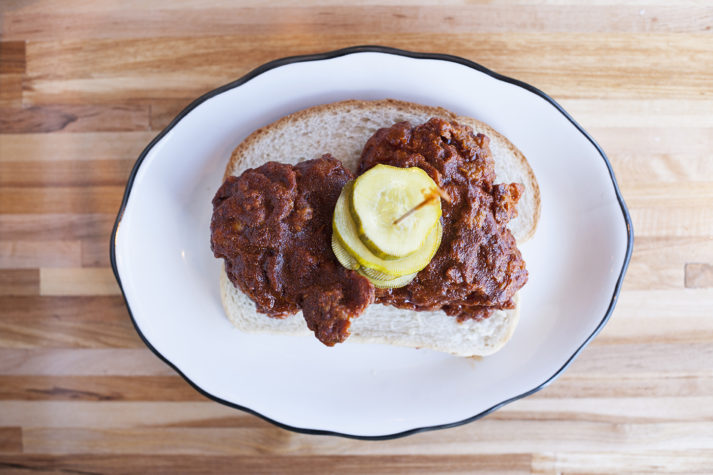 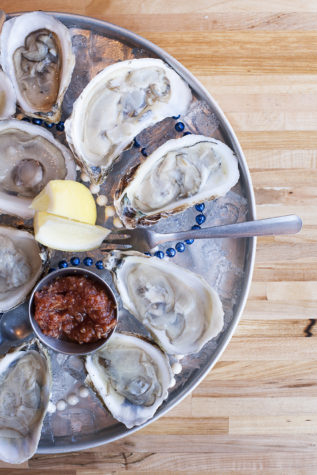 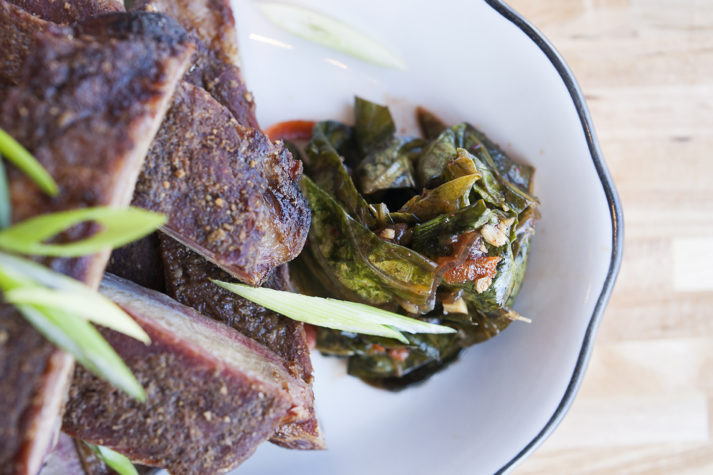 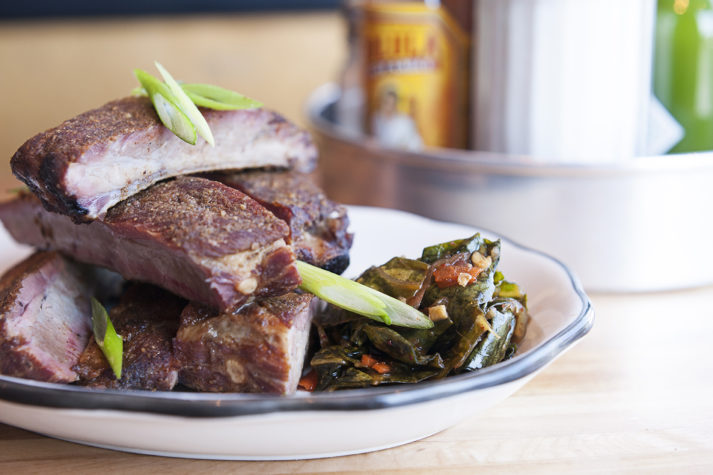 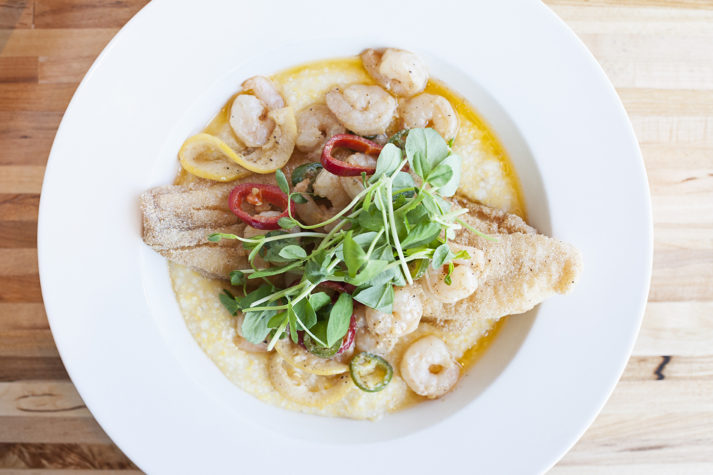 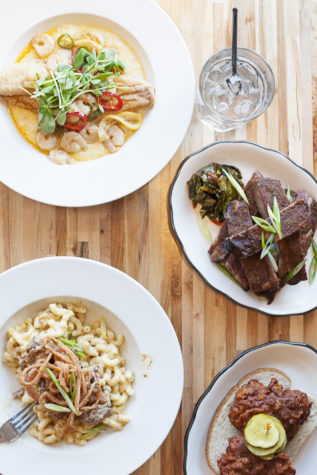 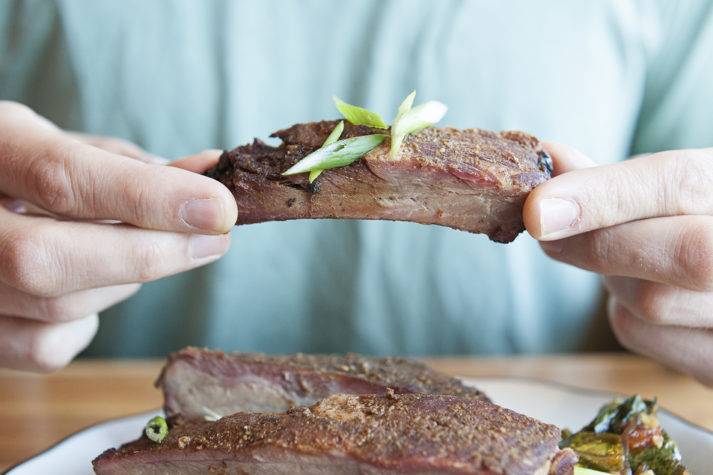 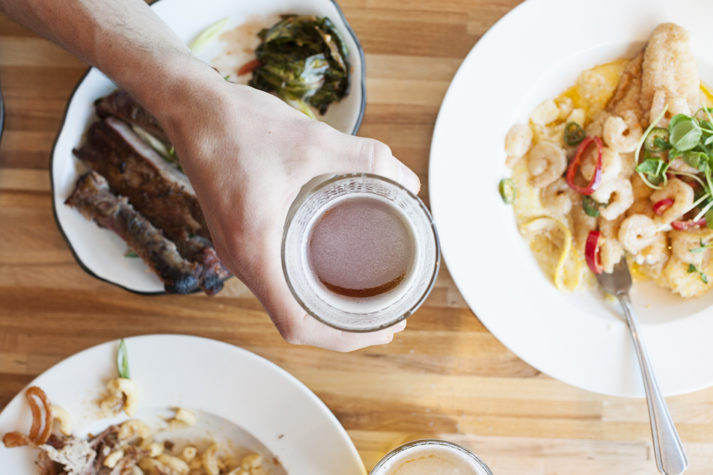 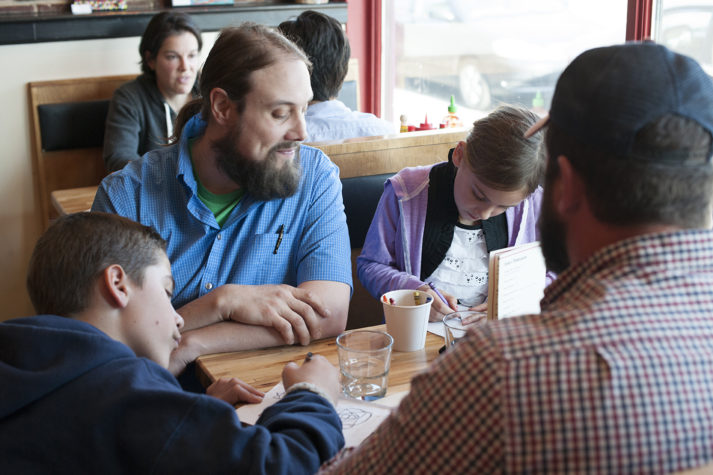 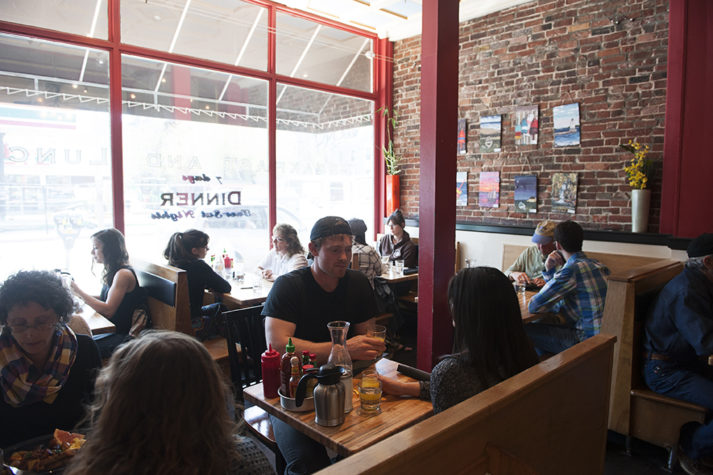 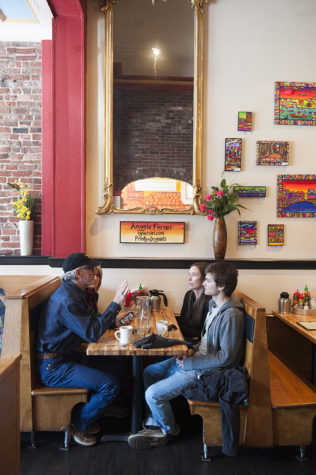 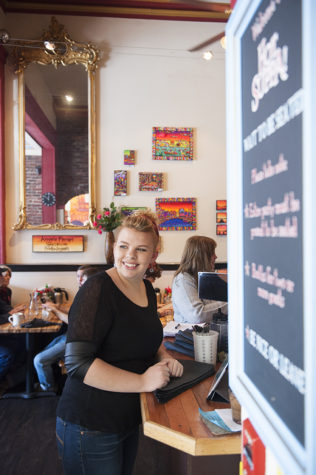 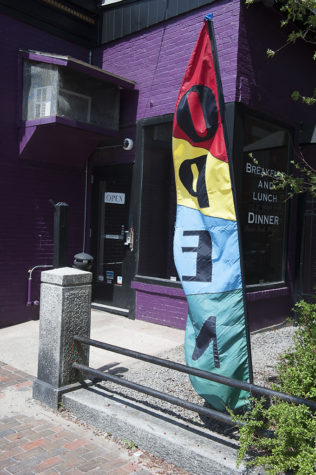 About to reach their tenth year in operation, brothers Moses and Alec Sabina have enjoyed great success with their small Congress Street eatery, Hot Suppa. The spot’s attracts a passionate brunch following and after getting off to a bit of a slow start when they introduced dinner service five years ago it is reassuring to see Portlander’s filing in at night now for the decadent, regional southern cuisine that Hot Suppa does best.

Moses and Alec Sabina, owners of Hot Suppa, spent a great deal of time on the road in the South. They were researching and thus consuming large amounts of soulful, downhome cuisine that is practically a religion in that part of the country. To Moses, who oversees the kitchen, the biggest challenge in bringing these dishes back to Maine involved striking a balance between the accessibility and thoughtfulness. He wanted to stay true to Southern-inspired cuisine while also giving Northerners variety and incorporate the right local ingredients when appropriate. “A lot of it involves very small details,” says Moses, “Like, for instance, the presentation of a dish is far less important in BBQ joints and fish fry shacks of the South, whereas up here it’s something that generally needs to be taken into consideration.”

A perfect example of their commitment to making the food as true to form as possible lay within the quality of their grits. “About five years ago I was down South and began to notice the amount of attention being paid to grits in both high- and low-end restaurants,” says Moses. “So I began investigating before discovering the Geechie Boy Mill, a small, family-run operation where I immediately established a personal connection.” A bond was forged, allowing him to bring the grits up to Maine to serve exclusively at Hot Suppa. What makes them so delicious starts with the use of heirloom corn are stone-milled the old-fashioned way in the family’s restored 1945 gristmill in Edisto, South Carolina. I have never had grits with this kind of texture and bold flavor.

Recently I sat with Alec and Moses for a late afternoon dinner, allowing time to take full advantage of their one-dollar-oyster happy hour that takes place between 4 and 6 p.m. Today’s variety is Irish Point, native to Prince Edward Island, which are a smaller oysters yet still possess the balance of salinity and meatiness that makes them easy to enjoy in rather large quantities.

The wine, beer, and cocktail list at Hot Suppa is small but well thought out as the staff meets to discuss and approve of every selection before it finds its way on to the menu. Given the bold flavors of Moses’s cooking, I opt for a bottle of Joseph Mellot “Sincerite” Sauvignon Blanc, a baby Sancerre of sorts from the Loire Valley.

Showcasing the versatility of the menu is our first hot dish, a trio of meaty, seared scallops over grits that have been augmented with the addition of tangy pimento cheese and topped with chorizo, kale, and chili-lime vinaigrette. Served in an appetizer portion, it is quite pleasant, very well balanced in flavor and texture, and a jarring contrast to our next dish: the Nashville Hot Chicken.

Originally made famous by Prince’s Hot Chicken Shack in Nashville, this dish has become one of the state’s most popular foods, inspiring festivals and sparking heated debate over who does it best. At its essence, it’s pretty simple—sugar, garlic powder, salt, bacon fat, and a load of cayenne pepper.

In reality, eating hot chicken is an experience and one that everyone should try at least once while fool heartedly ignoring the disclaimer on the menu that promises, “This dish is painfully spicy, order at your own risk.” I generally like some pretty hot food and usually prefer the fruity taste of habanero-driven Caribbean dishes or the addition of fiery minced Thai chilies to a bowl of noodles, and I have never really considered cayenne powder to be much of a threat—until now.

It arrives looking innocent enough, a single piece of golden-fried chicken atop a slice of white bread with a small stack of pickles on top. Even the first bite tends to reveal what is actually a delicious batter and very tender meat. The second bite is when it starts to kick in and your mouth completely catches fire. By the third bite, my eyes are welling up, and I have literally downed two glasses of sauvignon blanc in the past two minutes. The bread, of course, offers no salvation as it has soaked up the grease and juices from the chicken, which, I might add, is very delicious.

I spend a short amount of time regaining my “composure,” before we transition into another Southern classic, cornmeal-dredged fried catfish, affectionately labeled on the menu as “Hot Cat.” Perfectly balancing out the crunch of the batter and the heat of the Serrano chilies scattered about are shrimp pan fried in butter, garlic, black pepper, and lemon zest. “This is a classic New Orleans thing,” Moses says. “The idea of topping seafood with seafood. Honestly I would love to see catfish become more prevalent on menus around the country as it is sustainable and the price remains static.”

Another time-honored tradition of the Big Easy is red beans and rice, a dish that originated as a special treat on Mondays due to the housekeepers need for a dish that could simmer all day without supervision while they tended to heaps of laundry. They would slow cook the beans, usually with a ham hock for added flavor, before cooking the rice before dinner. It has since become a dish that almost every New Orleans resident has an opinion on, even prompting legendary jazz trumpeter Louis Armstrong to always sign his name preceded with the phrase, “Red beans and ricely yours.”

Moses maintains the simplicity of the dish by the simple addition of a piece of braised pork belly alongside a sunny-side-up egg. This is truly everyday comfort food much like Hot Suppa’s insanely rich mac and cheese topped with pulled pork that has been slow-smoked over red oak as well as fried onions marinated in Tabasco prior to cooking. Tying it all together is a tangy, South Carolina-style mustard sauce, which basically combines the sweet vinegar-driven version from the eastern region of the state with yellow mustard for extra depth and piquancy. This same sauce is served with their slow-smoked ribs.

There are such a variety of soul food classics to be found at Hot Suppa, from cheesy shrimp and grits to fried chicken and waffles, but unfortunately my personal capacity, coupled with the fact that I’m still reeling from the hot chicken, make it simply impossible to go any further.

If you’ve only been having breakfast at Hot Suppa, you’re missing out. Trust me.