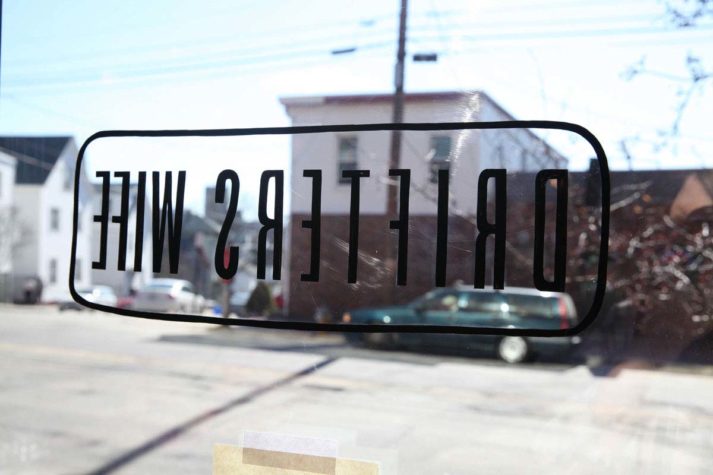 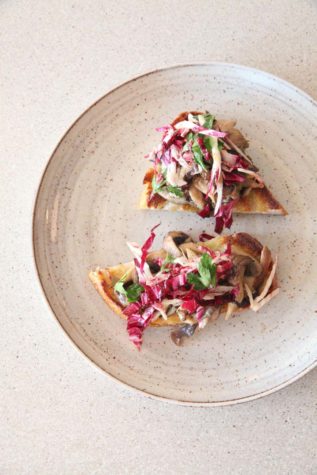 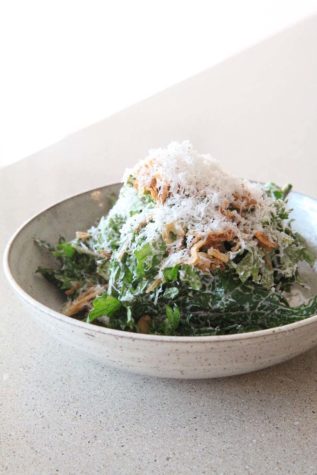 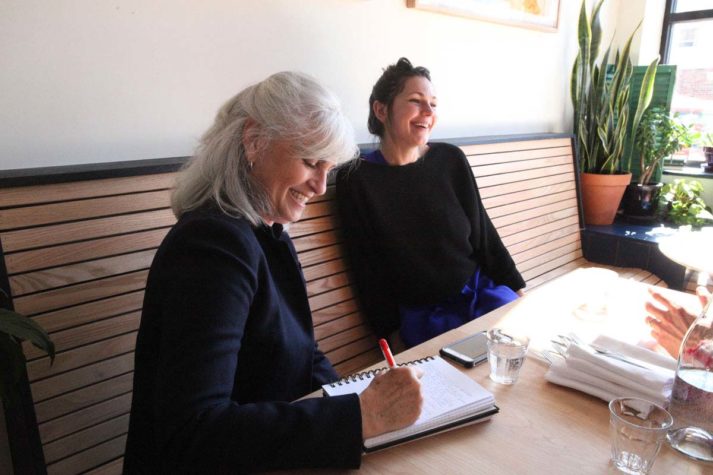 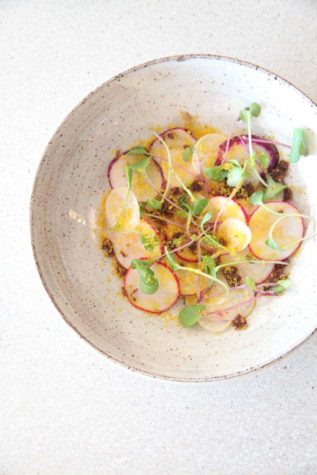 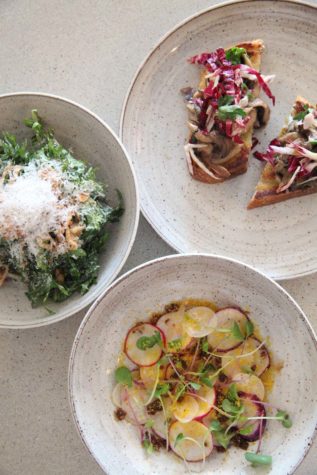 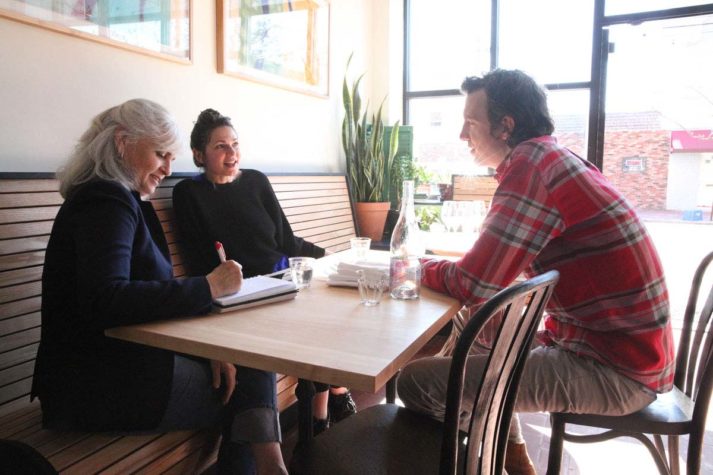 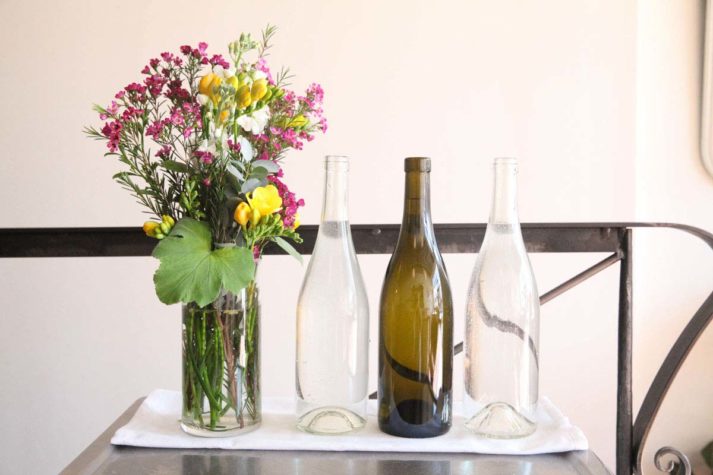 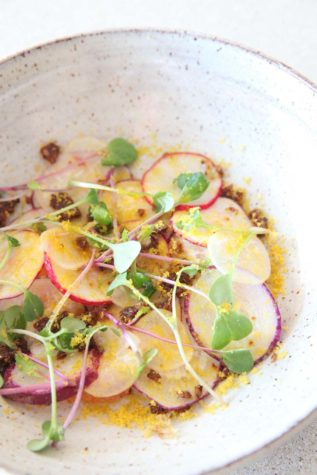 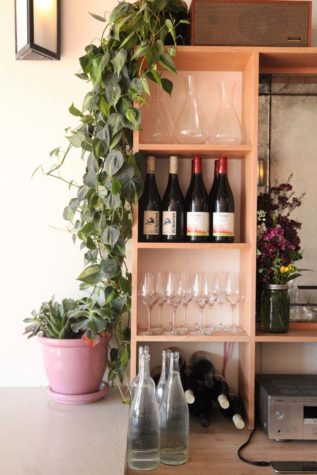 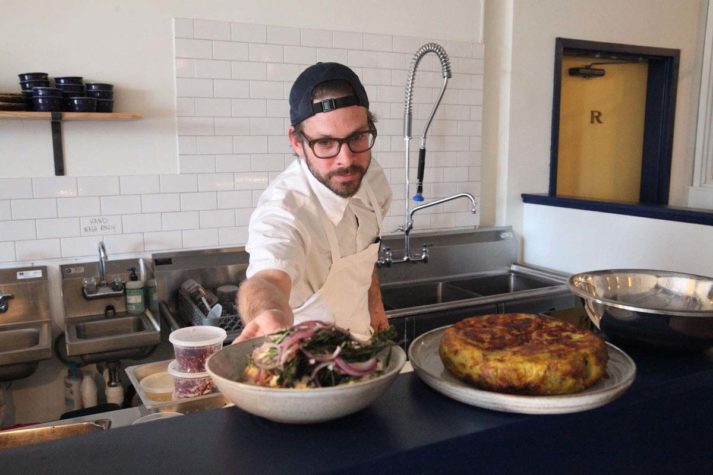 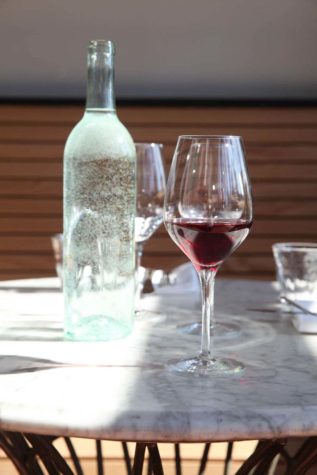 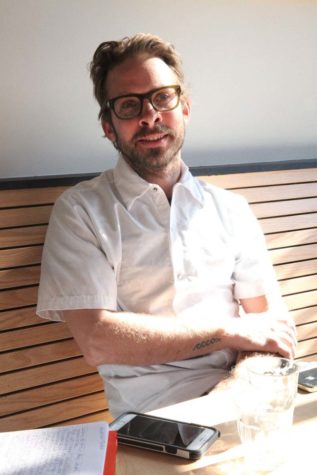 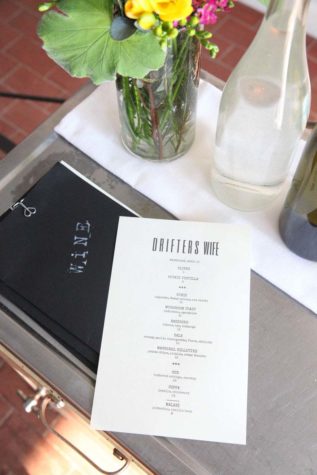 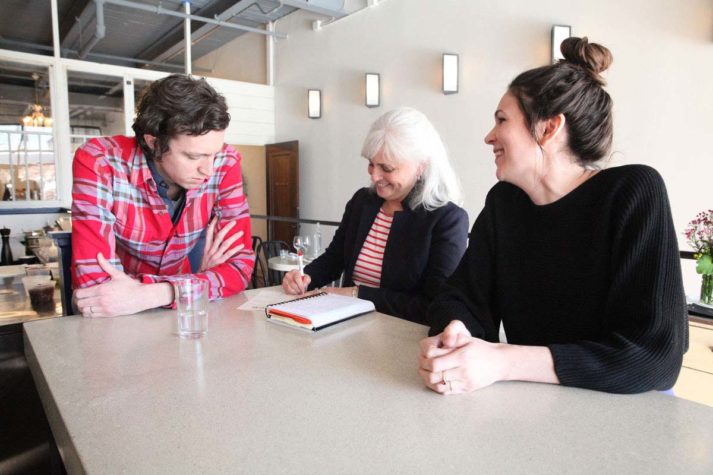 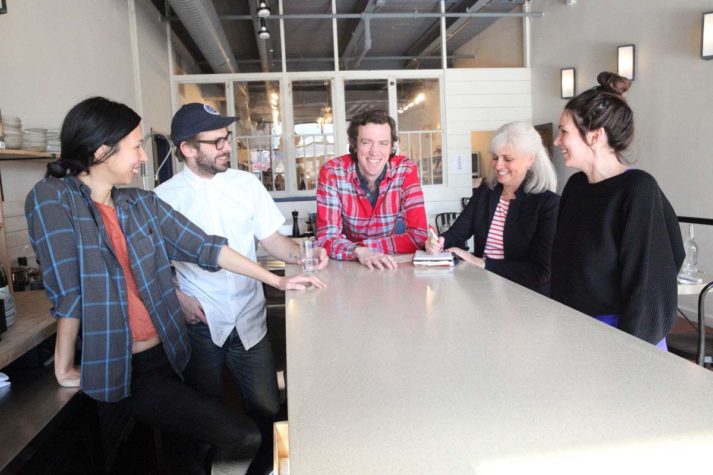 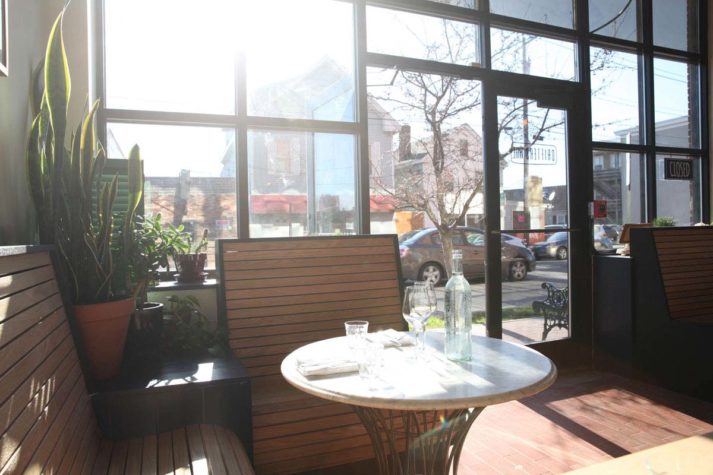 A little over a year ago, Peter and Orenda Hale opened a wine shop in the burgeoning Washington Avenue neighborhood in Portland. They called it Maine & Loire, a play on the names of two French rivers and the state, where they have recently settled after living in New York. The shop features all natural wines. “The decision was a no-brainer,” they tell me. “We thought, let’s open a store that’s really selective, comprised just of what we like to drink,” says Orenda. Natural wines are a rarity in Maine, available in only a few venues. But the Hales have a deep knowledge and appreciation for the wines, that meet a few simple criteria – grown without chemicals or synthetic pesticides, made with wild yeasts, produced without additives including minimal or no sulfites and hand-harvested. Their goal is to get people to think about what they’re drinking as much as they think about what they’re eating, understanding and caring about the source and the process. “That’s a conversation that’s still new to Portland,” Peter says.

Not long after opening Maine & Loire, the Hales’ son Luca was born. “It was a really special time for us as a new family. The three of us were just hanging out in the store and when I reflect on those days, it was just so nice “ says Orenda, a little dreamily. It was also time spent forging relationships with distributors and importers, working to bring in wines that have never before been available in Maine. “We came with a wine list in mind,” he says “We wanted the kind of wines we were familiar with from working in New York.”

The Hales have worked at several restaurants in Brooklyn, including Reynard, Diner and Marlow & Sons, all owned by restaurateur Andrew Tarlow. While riding out the winter, they started to miss the energy that a restaurant brings. “The first year was difficult,” Peter explains. “We were hand selling every bottle and it was hard to get people to buy without trying it.” The next logical step was a wine bar, “a place where we’d want to hang out and where people could learn about and taste the wines,” says Peter.

While plans to open a wine bar within the Maine & Loire space were underway, the Hales got the news that their friends, chef Ben Jackson and his wife Alexis, whom they knew from the Brooklyn restaurants, were moving to Portland. “It would have been fighting fate not to take advantage of this,“ Peter tells me.

On this very sunny afternoon, with the front door wide open, Alexis is readying Drifters Wife, setting out wine glasses and carafes. Ben Jackson is standing in his “kitchen” prepping for tonight’s meal. The area is no bigger than the galley on a sailboat, with just two induction burners and a small convection oven. There’s no prep cook, no sous-chef, no one washing pans. “I’m 100% responsible for every component of every dish. It’s a little scary, but it’s also fulfilling,” he says. It’s a very different set-up from his previous job, but the food that he turns out is quite similar. Jackson shops everyday (there’s no walk-in cooler), visiting farmers’ markets, Harbor Fish market and other specialty stores, getting inspiration from what’s available. The menu is concise, just a half dozen small plates and one or two entrees, and it’s different each day. Offerings range from things Jackson can prepare in advance, like a potato tortilla to whole pan-roasted fish, that’s cooked to order. The branzino that I tasted on one visit was incredibly moist and flavorful. Smaller plates include toasts made with chewy pan-seared bread with lots of olive oil and garlic, topped with whatever compels Jackson that night. We tried a savory mix of mushrooms and radicchio with agrodolce, a blend of sweet and sour flavors. “I’m all about the creamy, crunchy, acidic, fatty combos,” the chef says. Each dish contains these elements, combined with restraint and finesse. “This is the kind of food I’ve always cooked,” he continues, ”and it goes well with our wines.” Drifters Wife now offers 150 bottles and 12-15 wines by the glass. The list changes frequently because availability of these specialty wines is limited.

Sitting at one of the small tables, enjoying a glass of Domaine Lattard Gamay, while the sun starts to sink, I’m feeling thankful that the Hales felt compelled to open the Drifters Wife. Maine & Loire still exists in the back of the room, and is open all day. But now there’s a serene, inviting place where we can taste the wines the couple has worked so hard to introduce to Maine.