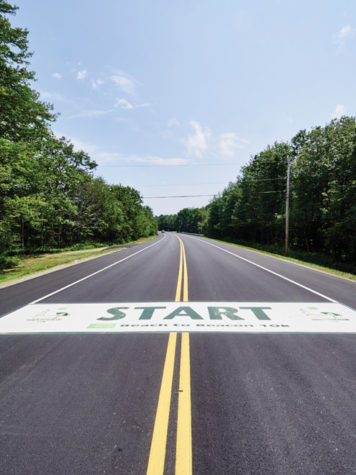 Competitive races are ways to push personal fitness goals, but many are also positive, healthy demonstrations of community support that raise both funds and awareness for a worthy cause. In Maine there are a variety of 6.2-mile runs, from all-female events to trail runs with happening after-parties to highly competitive contests that attract world-class athletes.

One of the most popular 10K races in the country, the TD Beach to Beacon in Cape Elizabeth sells out in minutes and attracts thousands of racers from around the world. The route is both challenging and scenic, starting on Route 77 and ending at Portland Head Light.

Portland Trails hosts this annual race, which winds around Back Cove and ends at the Eastern Promenade. But the finish line is just the beginning—an after-party is equipped with beer, pizza, music, free massages, and yoga.

A 10K is just one part of the Dempsey Challenge, which benefits the Patrick Dempsey Center for Cancer Hope and Healing. Other events include cycling, a 5K, Kids’ Fun Run, and a Survivor Walk. There is also a Festival in the Park complete with food vendors and music.

The Maine Lobster Festival, a midcoast tradition since 1947, is a five-day festival at which more than 20,000 pounds of lobster are consumed. Active types take advantage of the Sunday 10K through the streets of Rockland and Owls Head.

05 Close to the Coast | Freeport

Run through forest trails and along the Freeport coastline in June at the Close to the Coast 10K. The race begins and ends at Winslow Memorial Park, where runners can camp out for the day’s barbecue with bouncy houses for kids, a beer tent, and live music.

AttheendofApril,St. Mary’s Regional Medical Center will host the third annual Commit to Get Fit event, which will include a 10K, 5K, and 3K as well as activities for children.

In August, one thousand women will run this 10K, which is presented by SheJams, to benefit the Maine Women’s Fund. The weekend will include an expo of women-run businesses, and presentations and a documentary featuring powerful female community members who aim to inspire.