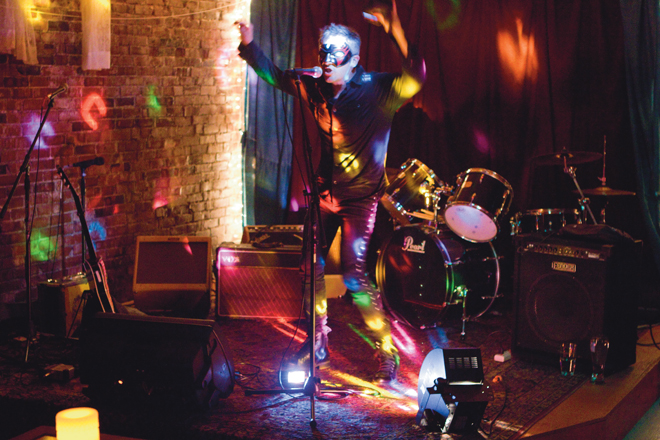 Put a Bee on It

Multi-instrumentalist and self-proclaimed Old World troubadour from Portland Putnam Smith took the ultimate hands-on approach to his June release, We Could Be Beekeepers. He printed the CD jackets with hand-set type on a pedal-powered 1901 Pearl letterpress—on 100 percent recycled card stock, of course. What about the songs? With the exception of two traditional numbers, Smith penned the bulk of the 13-track album and played most of the stringed instruments himself, while friends helped out on vocals, cello, clarinet, and fiddle.

Every Weekend a Festival
Make time in your weekends this month to catch some live music.

Saddleback Mountain Bluegrass Festival
August 12–13 When there’s no snow on the mountain, bring on the bluegrass! Saddleback welcomes Crooked Still, the Toughcats, Mason Strunk, and Ricky Skaggs and Kentucky Thunder, among others, to its slopes for a weekend of pickin’.
Saddleback Mountain | Rangeley Lakes Region | saddlebackmaine.com

American Folk Festival
August 26–28 This festival presents performances honoring America’s multicultural heritage, from the blues of Super Chikan and the Afro-Cuban conga
of Pedrito Martinez to the a cappella singing of Brotherhood Singers and the Quebecois harmonies of Réveillons.
Bangor Waterfront Pavilion | Bangor | americanfolkfestival.com

Guster with Ra Ra Riot
August 6 | 7 p.m.
Riding the line between alternative rock and the jam-band circuit, Guster has a reputation for taking great opening acts along on the road. Lively indie pop sextet Ra Ra Riot fits the bill well.
Concerts on the Waterfront at Ocean Gateway
Portland | statetheatreportland.com

Richard Thompson
August 30 | 8 p.m.
From his work with Fairport Convention during the 1960s to his current solo career, Richard Thompson’s reputation as a virtuoso guitarist and prolific songwriter has only continued to grow.
Stone Mountain Arts Center | Brownfield | stonemountainartscenter.com